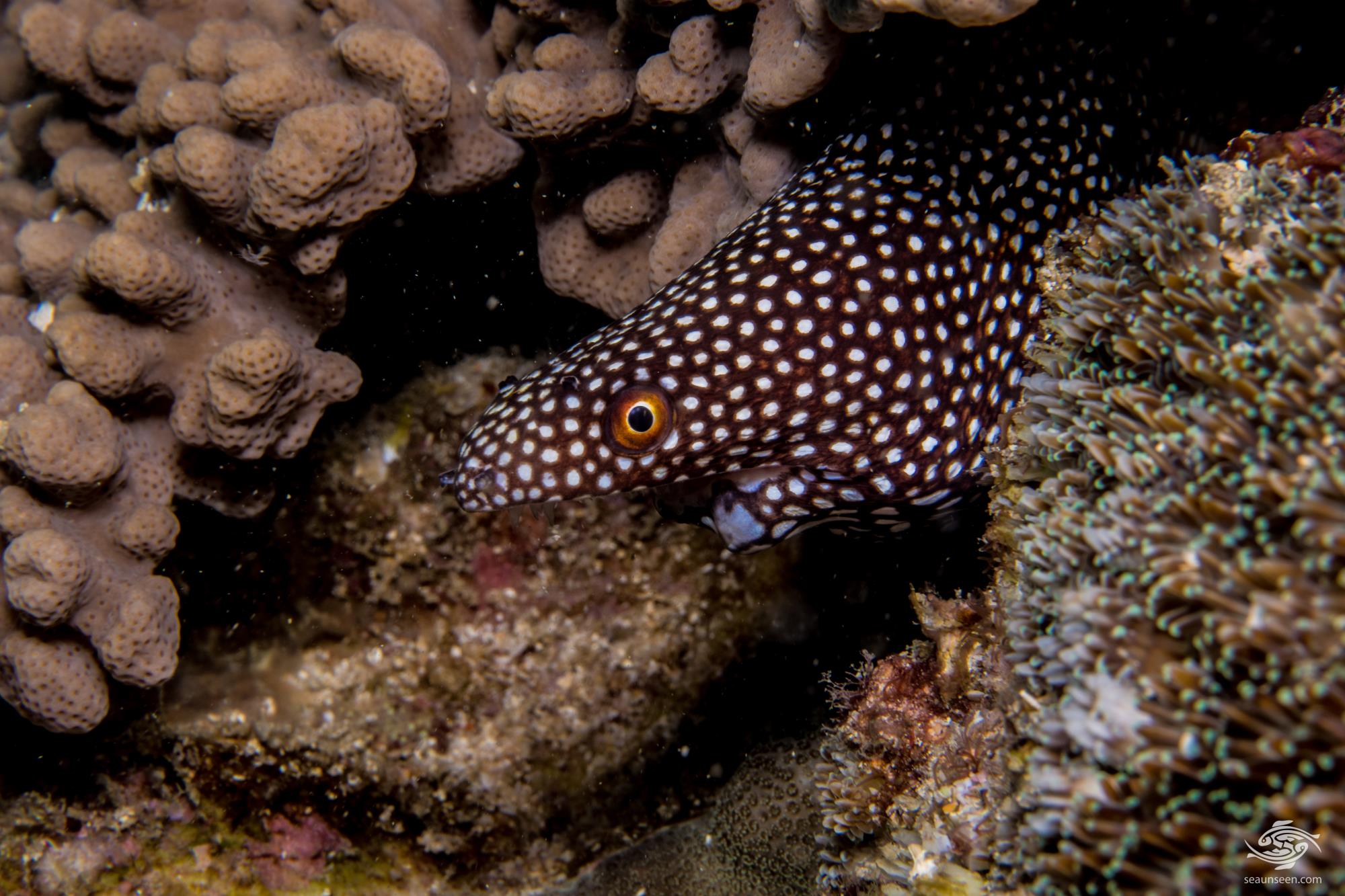 While diving on Octopus Reef off Dar es Salaam, Tanzania I noticed a strange looking Unusual Moray Eel with its head protruding from a hole. It seemed unlike any other Moray Eel that I had seen before. 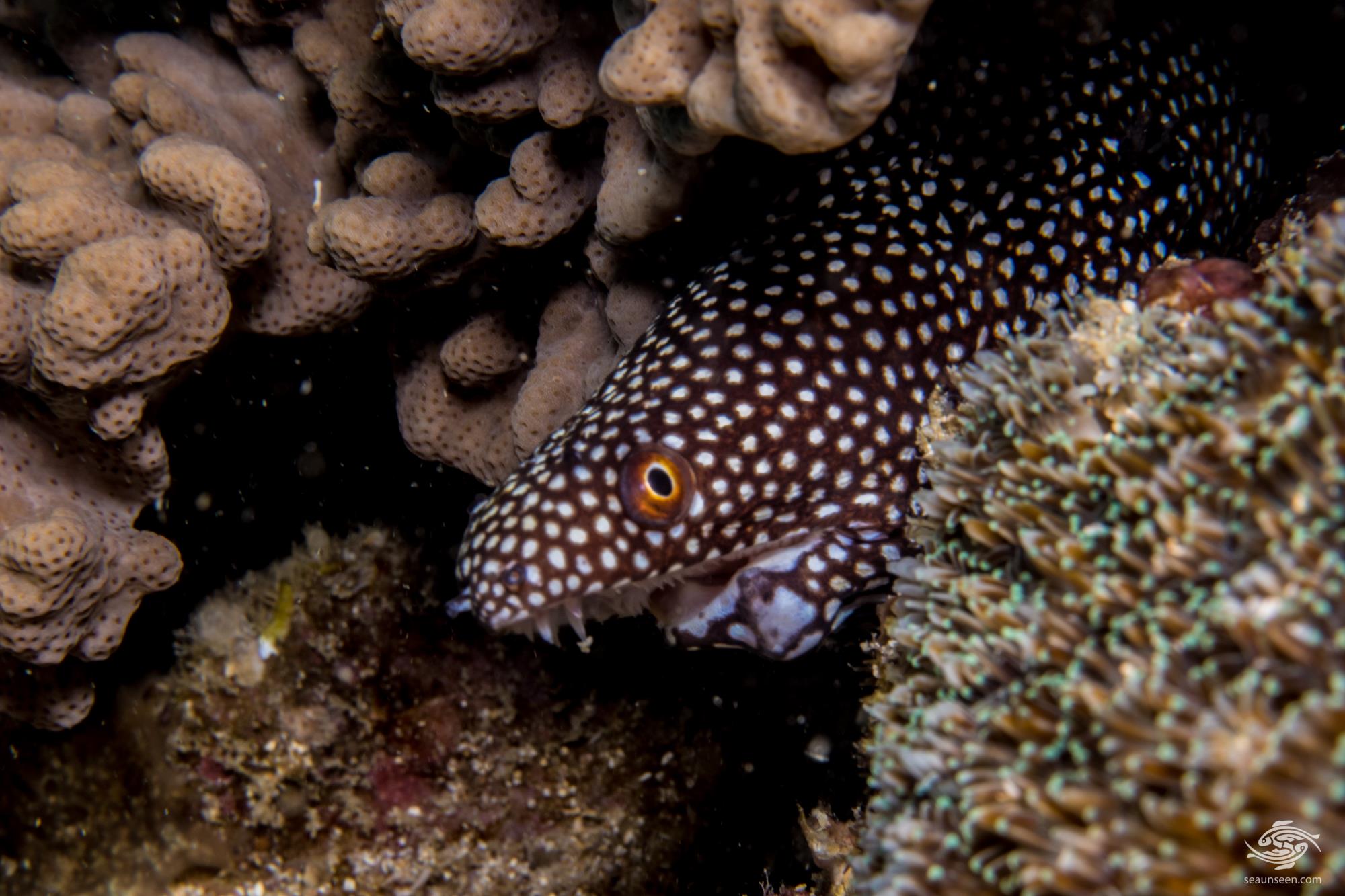 A closer inspection revealed that it was a White-Mouth Moray eel (Gymnothorax Meleagris) that was missing its lower jaw. The wound appeared to be well healed and the eel itself looked very healthy. Clearly the eel came off second best with a predator of some sort. 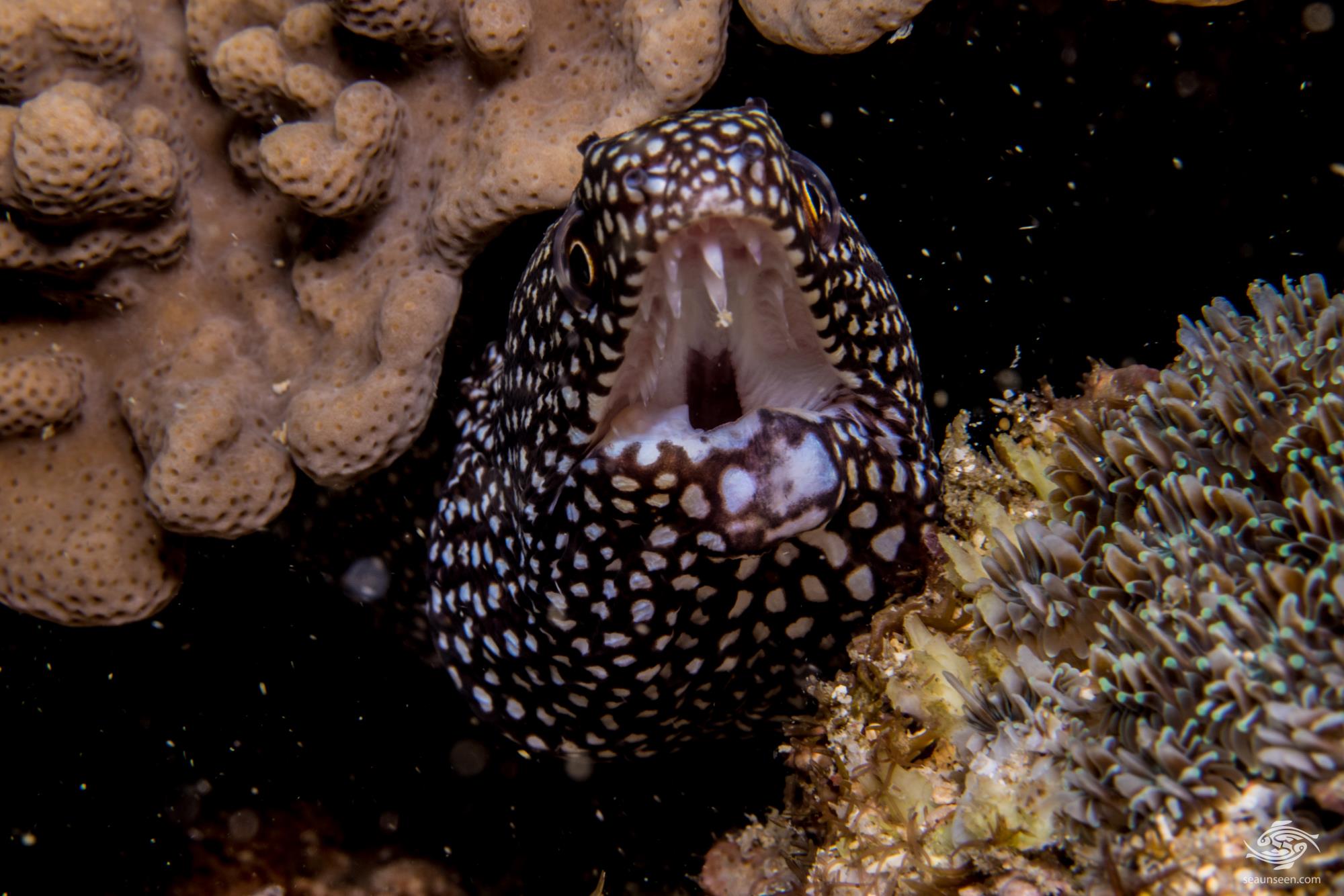 Certainly the wound was not fresh and the eel must have the ability to capture prey. Unusual Moray eels have a second set of toothed jaws in their throat called pharyngeal jaws. When feeding, morays latch onto the prey with their outer jaws. They then push their pharyngeal jaws, which are set back in the pharynx, forward into the mouth. These jaws then grasp the prey and pull it back into the stomach. 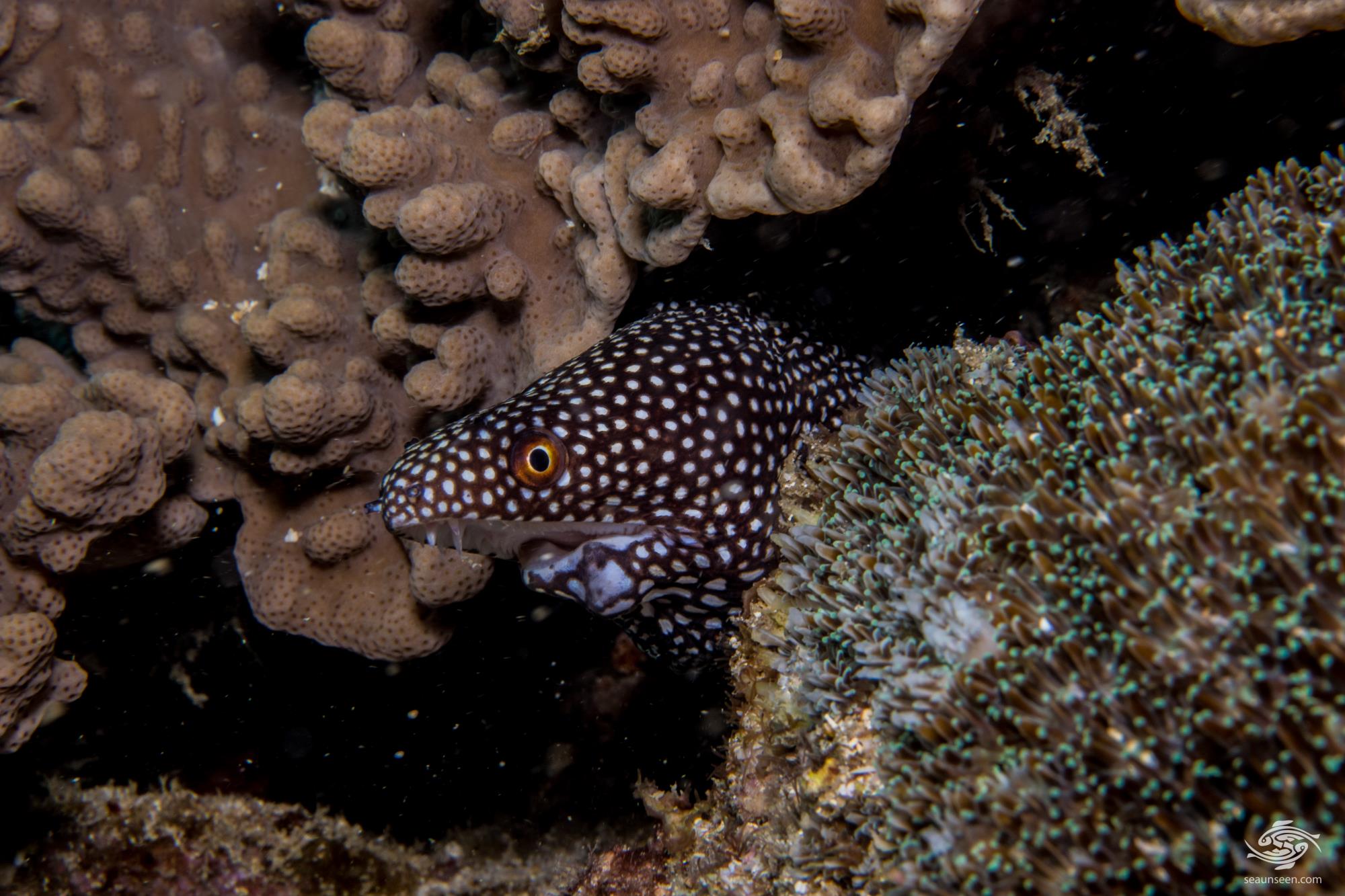 Possibly this eel has learnt to capture its prey using its pharyngeal jaws. The Whitemouth Unusual moray eel is carnivorous, feeding mainly on small fish and crustaceans. They do their hunting at night and clearly this specimen has a work around for its missing jaw. 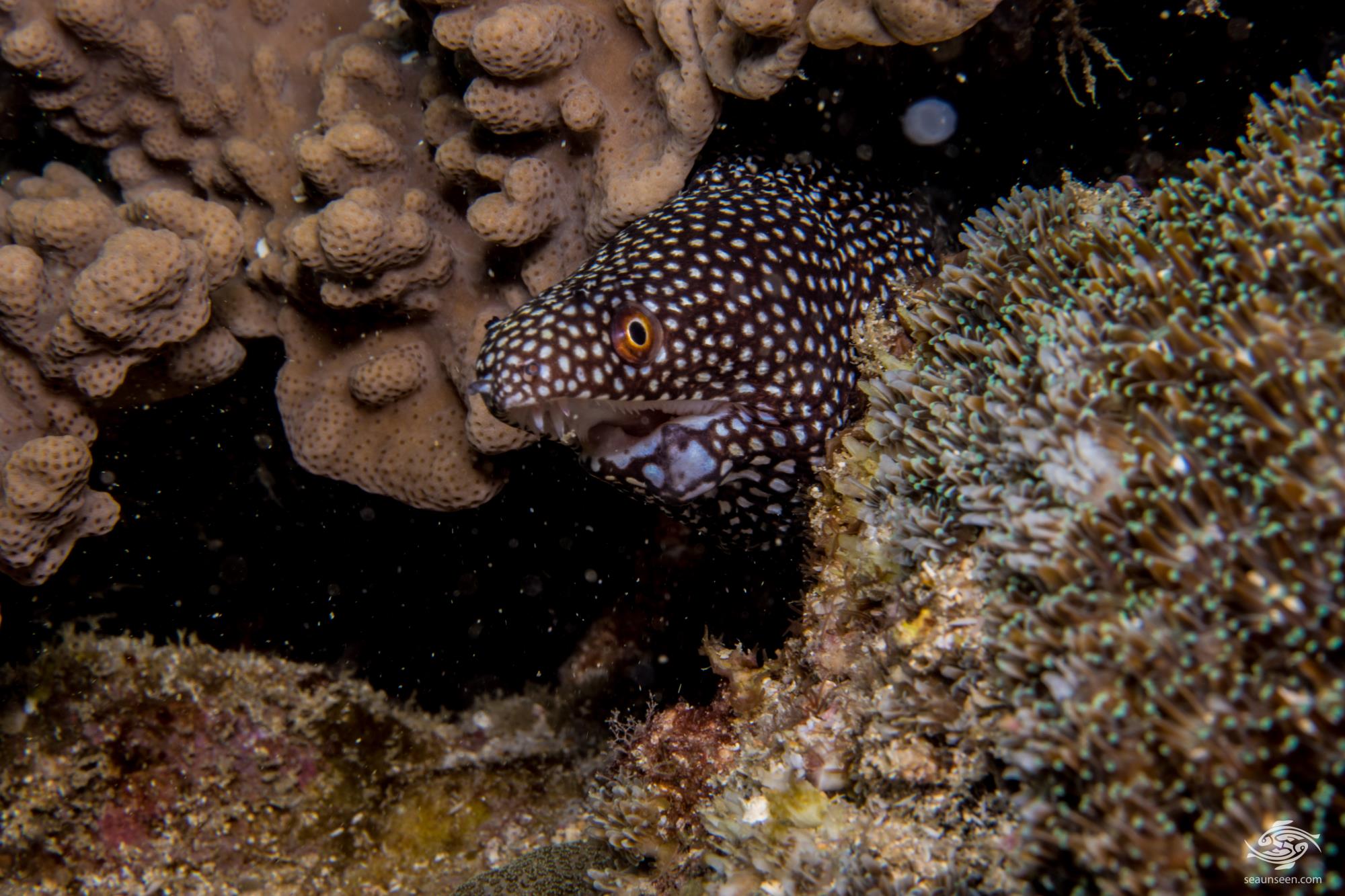