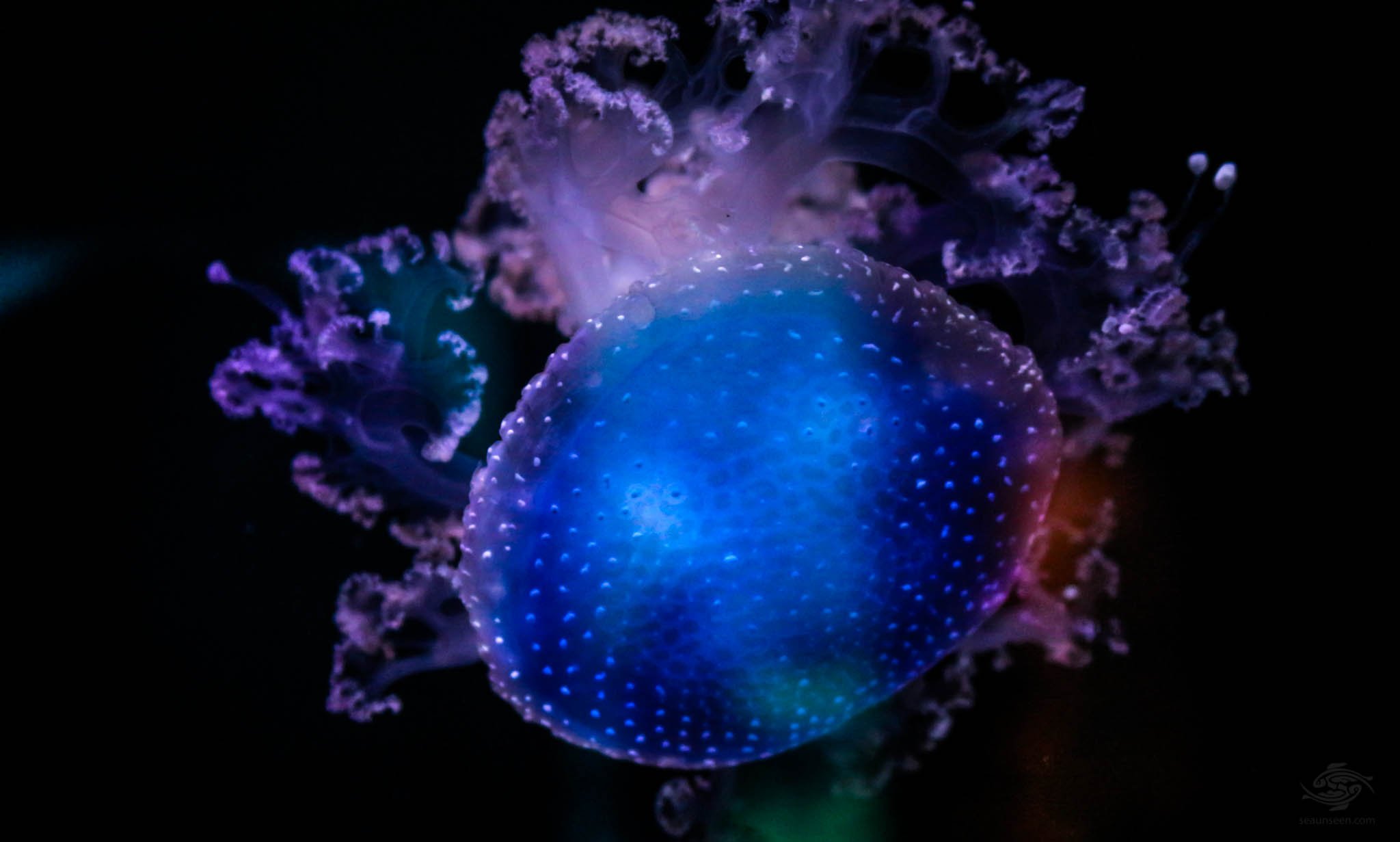 An upside down jellyfish (Cassiopeia andromeda) at uShaka Marine World in South Africa.

These jellyfish live in the intertidal area on sandy bottoms, mud flats and in mangroves. Their color is variable, often they are dull brown but they can be colorful. They are usually found on the bottom with their mouth upwards, hence the name upside-down jellyfish. They are able to swim but prefer to remain stationary.

As with many other jellyfish they have a symbiotic relationship with various types of algae (zooxanthellae) which provide them with some of their nutrition. They also capture small fish and Zooplankton with their stinging cells.

Upside down jellyfish do not have what we would traditionally call a brain or centralized concentration of nerve cells. Instead they have a nerve net distributed throughout the body which has various simple sensors on it and operates in a decentralized fashion. Information is transmitted through the net and via a circular net that runs around the bell with rhopalia on it, small structures containing sensors to sense light and gravity.

The circular net around the bell also controls the contraction of the bell for propulsion. Jellies use their light sensing cells to orientate themselves against the light. They use pulsations of their bell to propel themselves forward and having no sight, have limited control over where they will end up, their directional logic being generally limited to either moving away from light or towards it. Recent research indicates that some jellies may orientate their direction on a current but this is not yet proven.