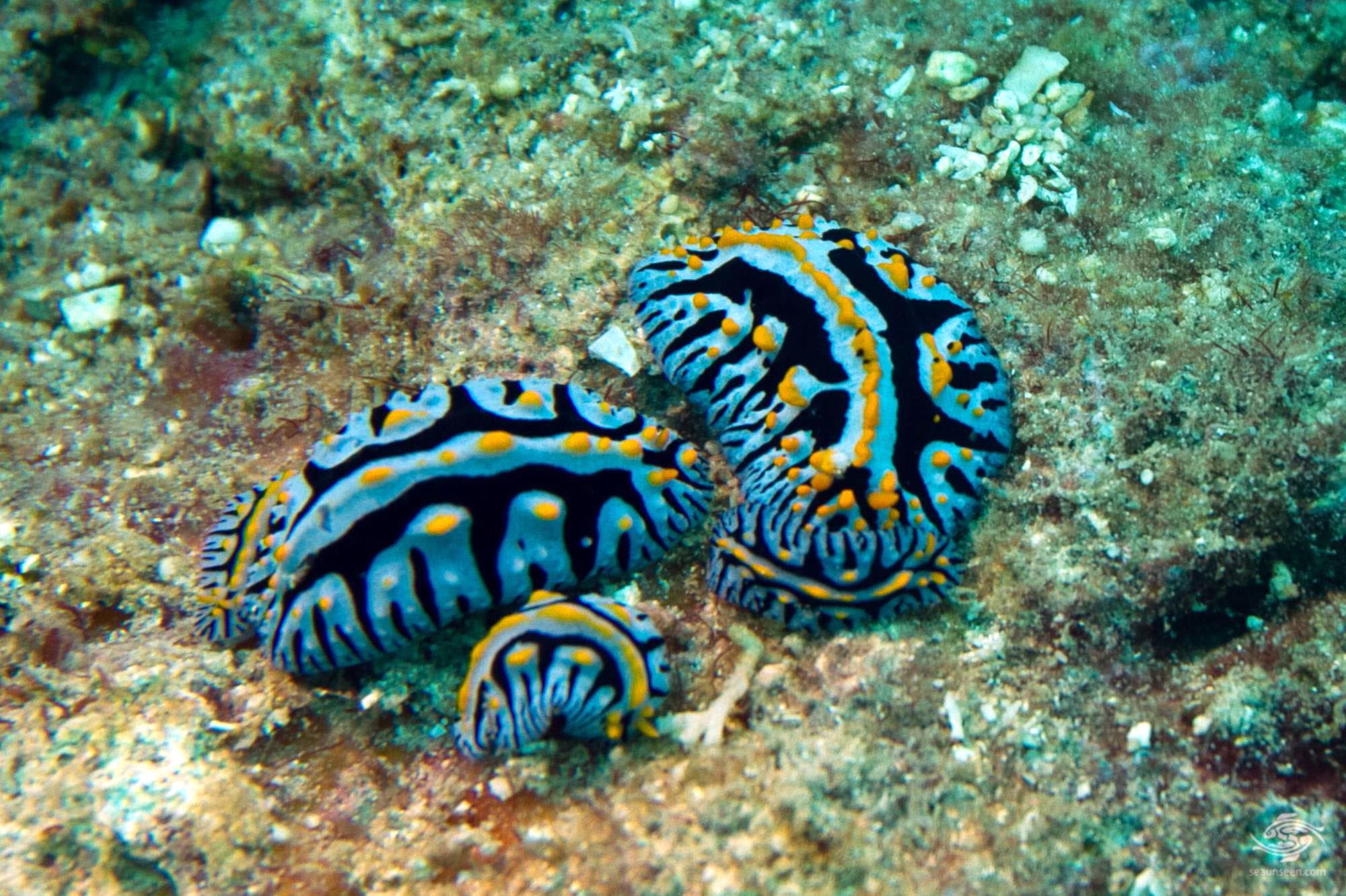 The varicose phyllidia (phyllidia varicosa)  is a dorid nudibranch, a marine gastropod mollusk. It obtains its scientific name varicose which means swollen veins, from the resemblance of the ridges to swollen veins. 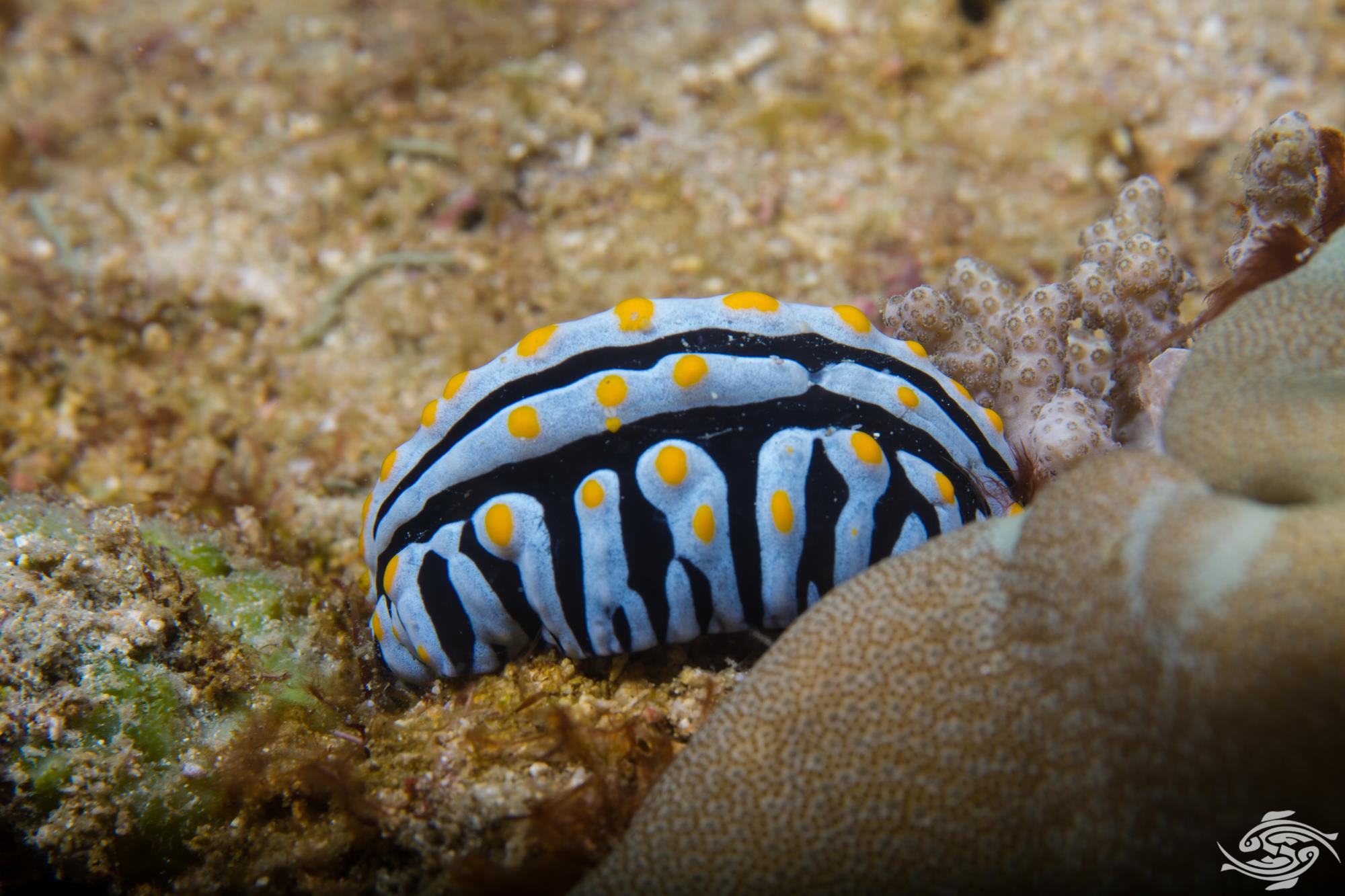 Varicose phyllidia have an elongated oval shape and blue or blue-gray ridges that run along the body. Yellow capped tubercles are found on the top of the ridges. The ridges can be broken or continuous across the body. The area between the ridges is a black color. Similar roughly crescent-shaped blue-gray ridges with yellow tubercles are usually present around the edge of the mantle. The rhinophores are yellow. A black longitudinal stripe is present on the sole of the foot. They grow up to 12 centimeters in length but they are usually smaller. 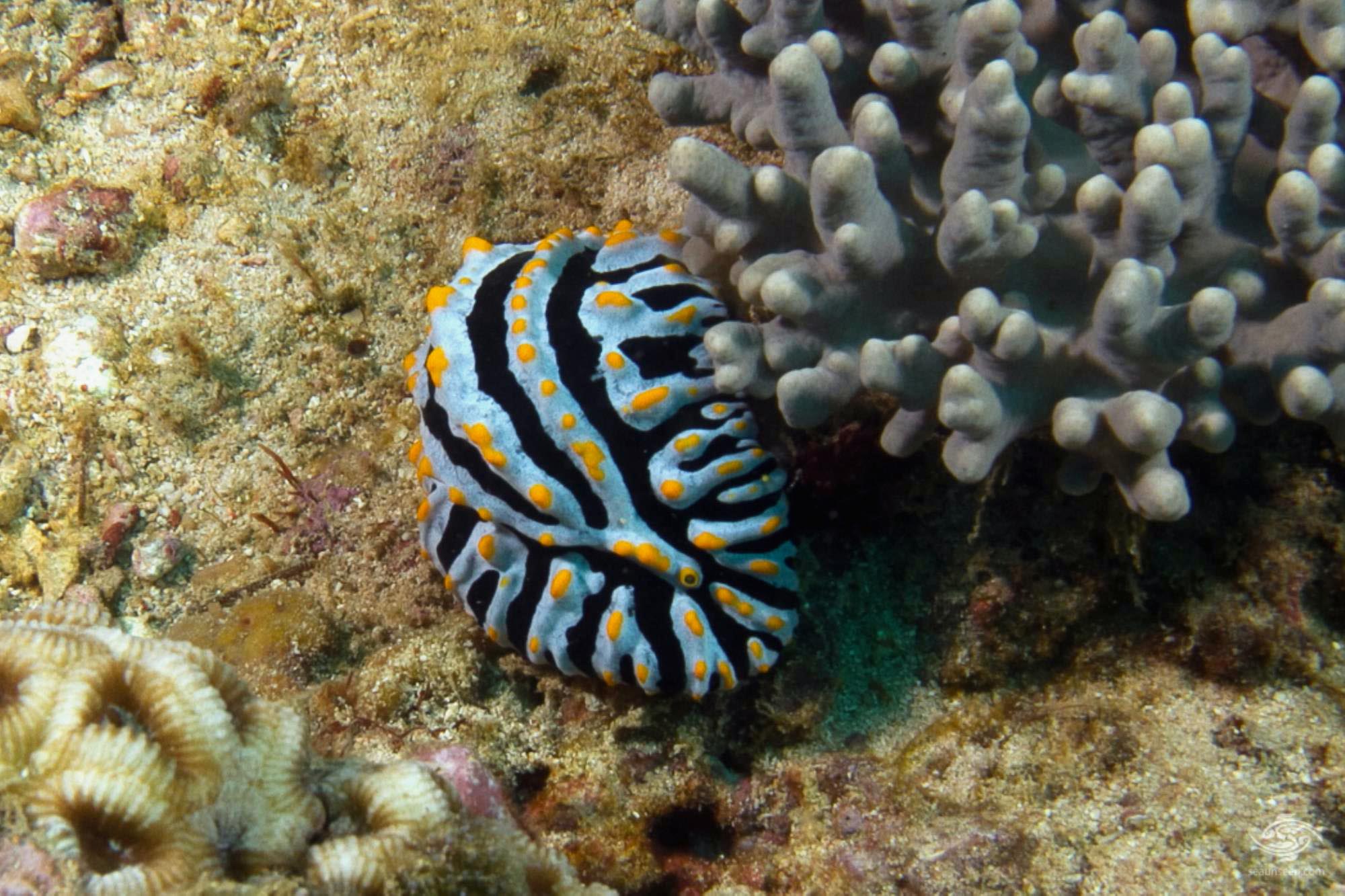 The Varicose Phyllidia are one of the more common nudibranchs seen on the East African coast. They are usually seen singly and sometimes in pairs. Rarely as seen in the images below are five seen together. There are three in the left group and on the right one small one is on the front of the larger one. In all probability the collection of five together is mating related. They have the ability to secrete toxic substances which provides protection against predators. 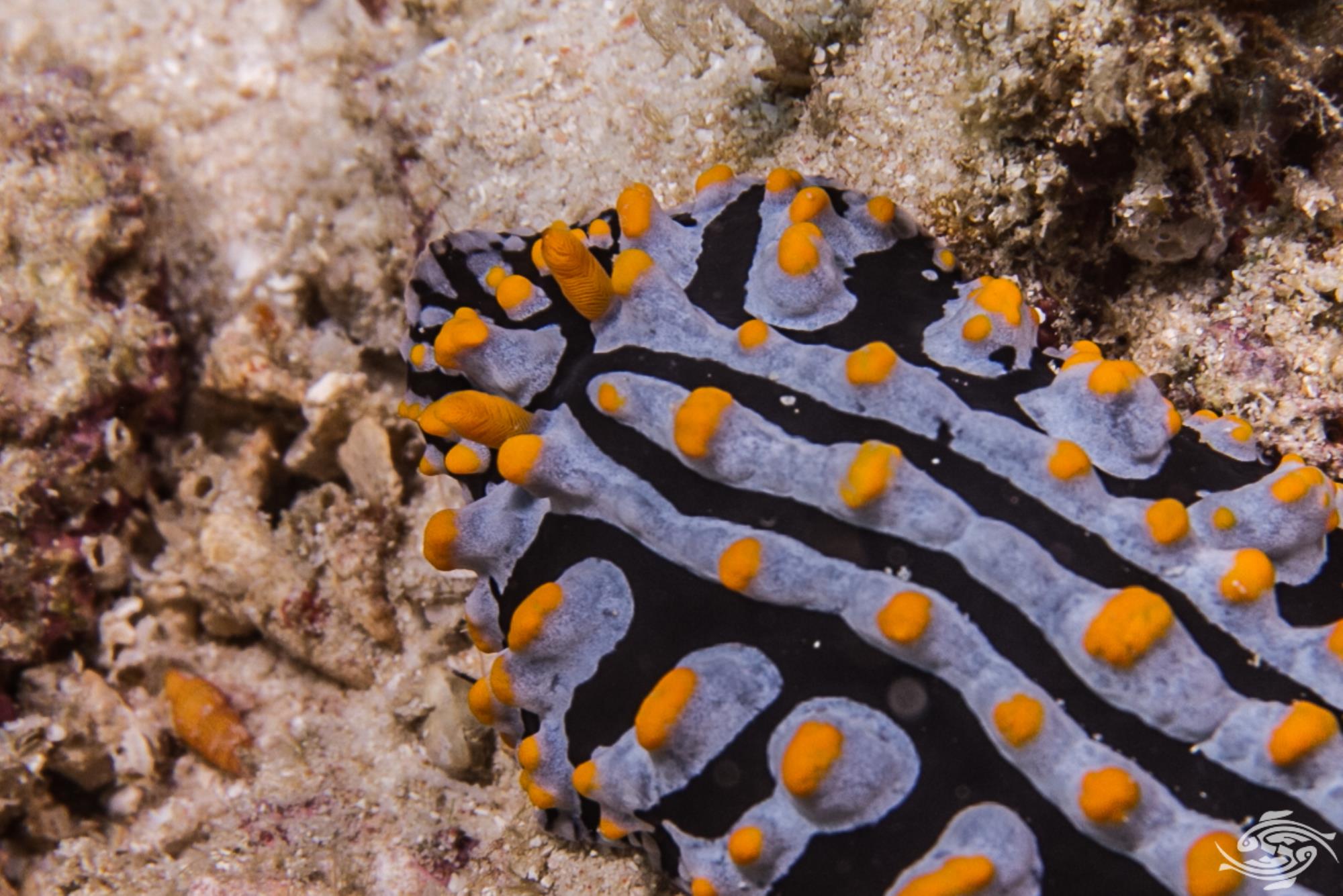 The Varicose Phyllidia is found across the Indian ocean and in the west Pacific. 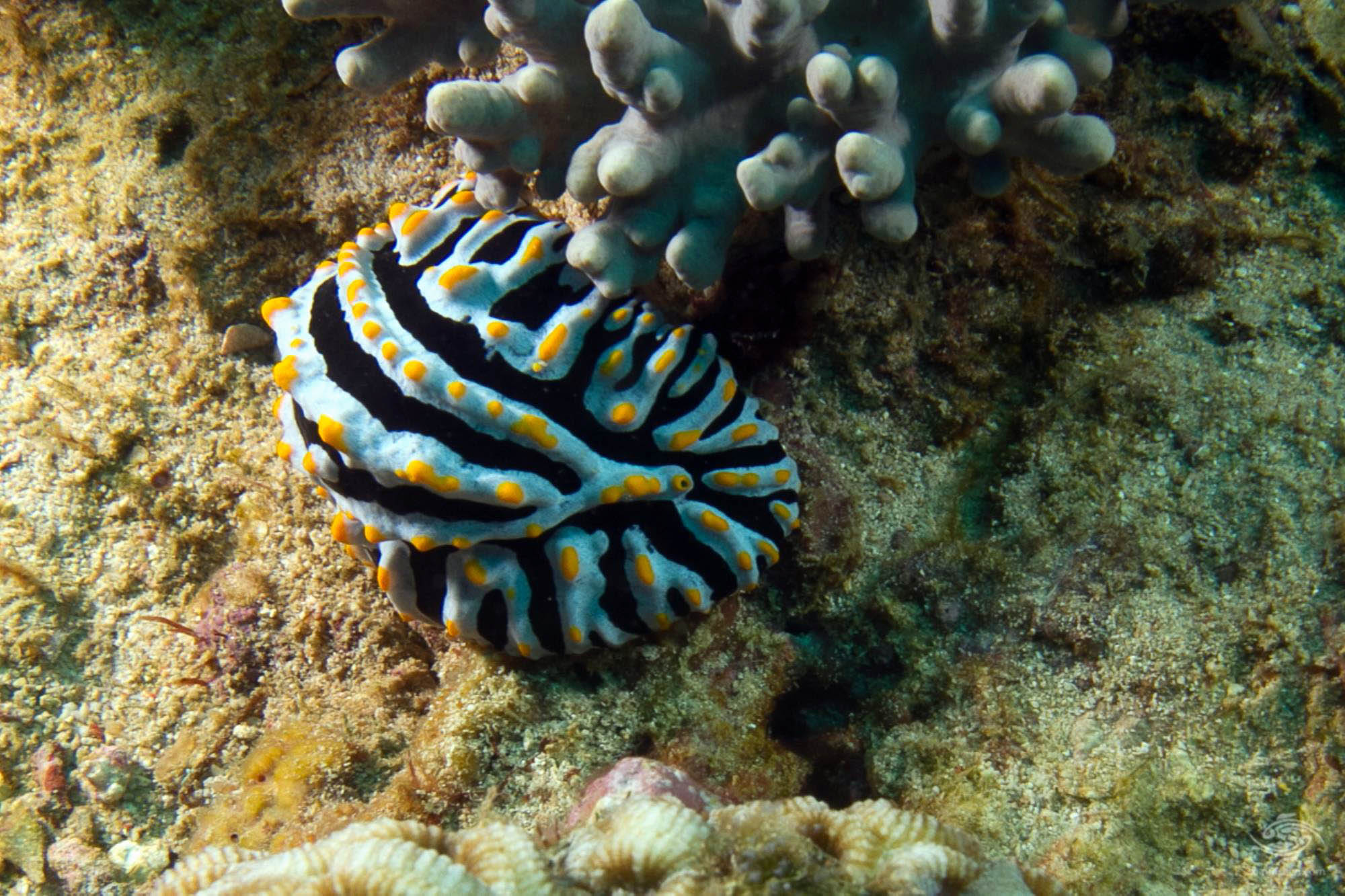 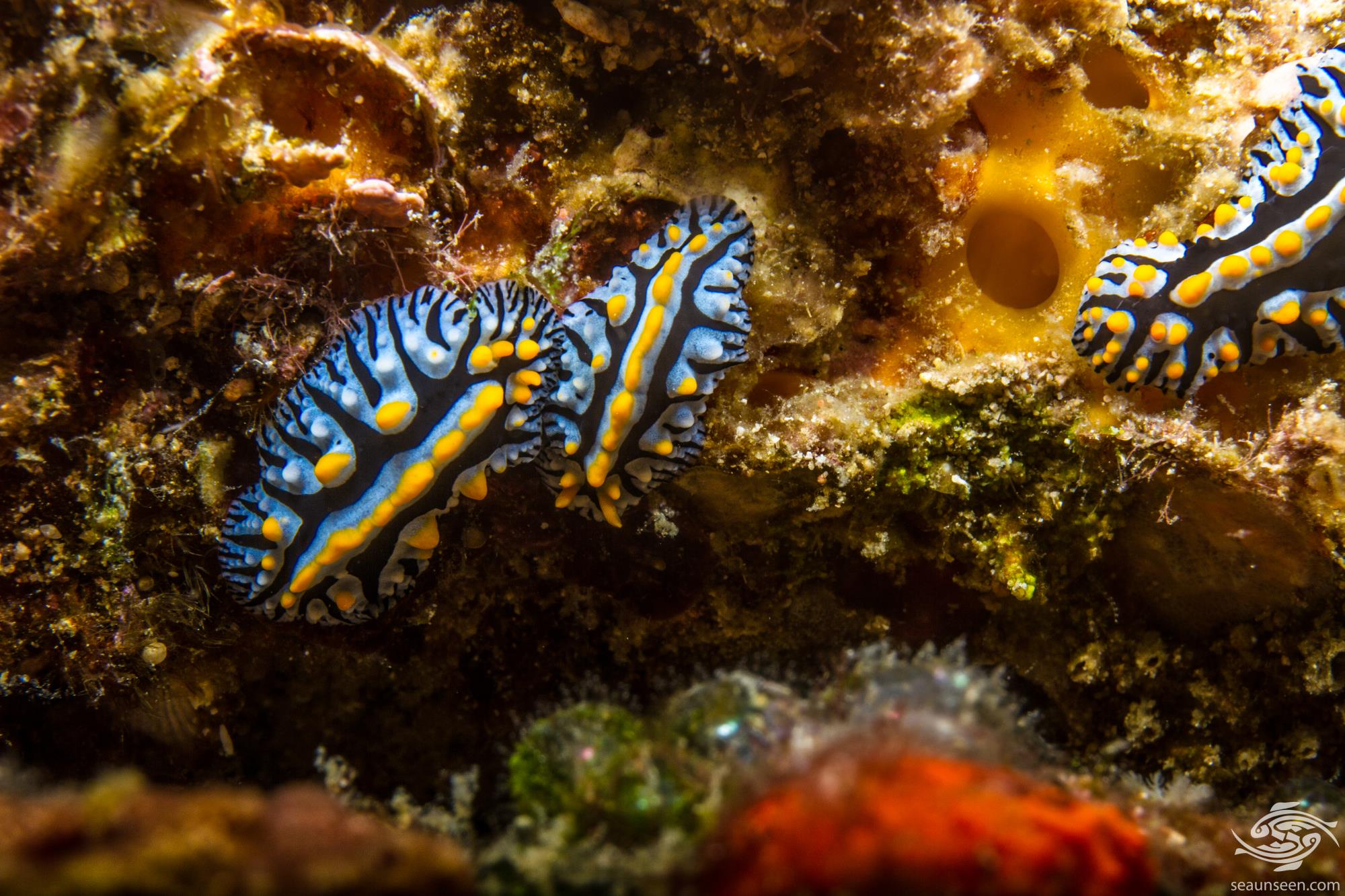 They are simultaneous hermaphrodites and mating takes place by each specimen transferring eggs and sperm across to the other party. The reproductive organs are on the front right side of the body and they approach each other right side on. Eggs are laid on a solid substrate and when they hatch the larvae become planktonic before growing into adults. 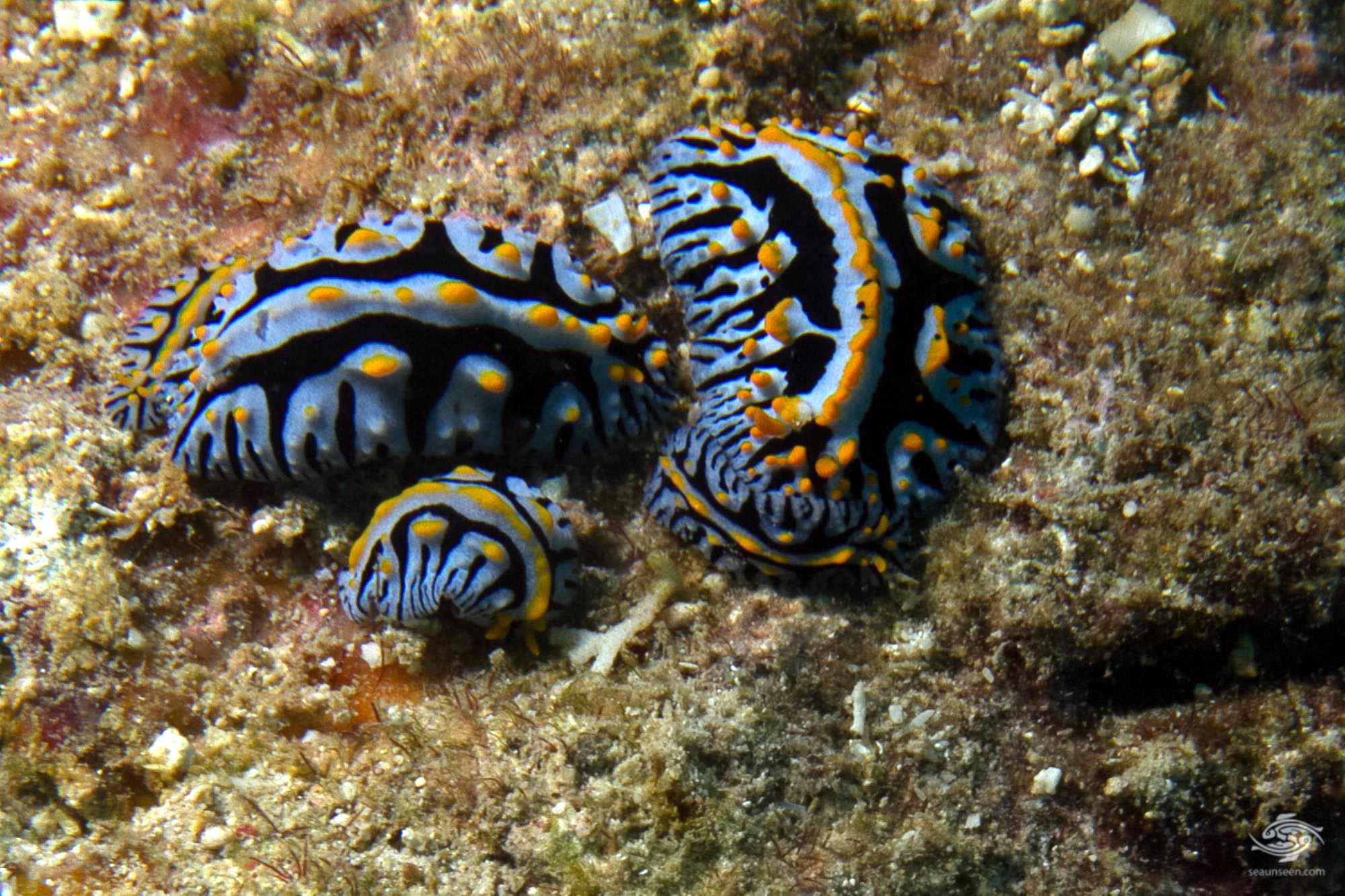 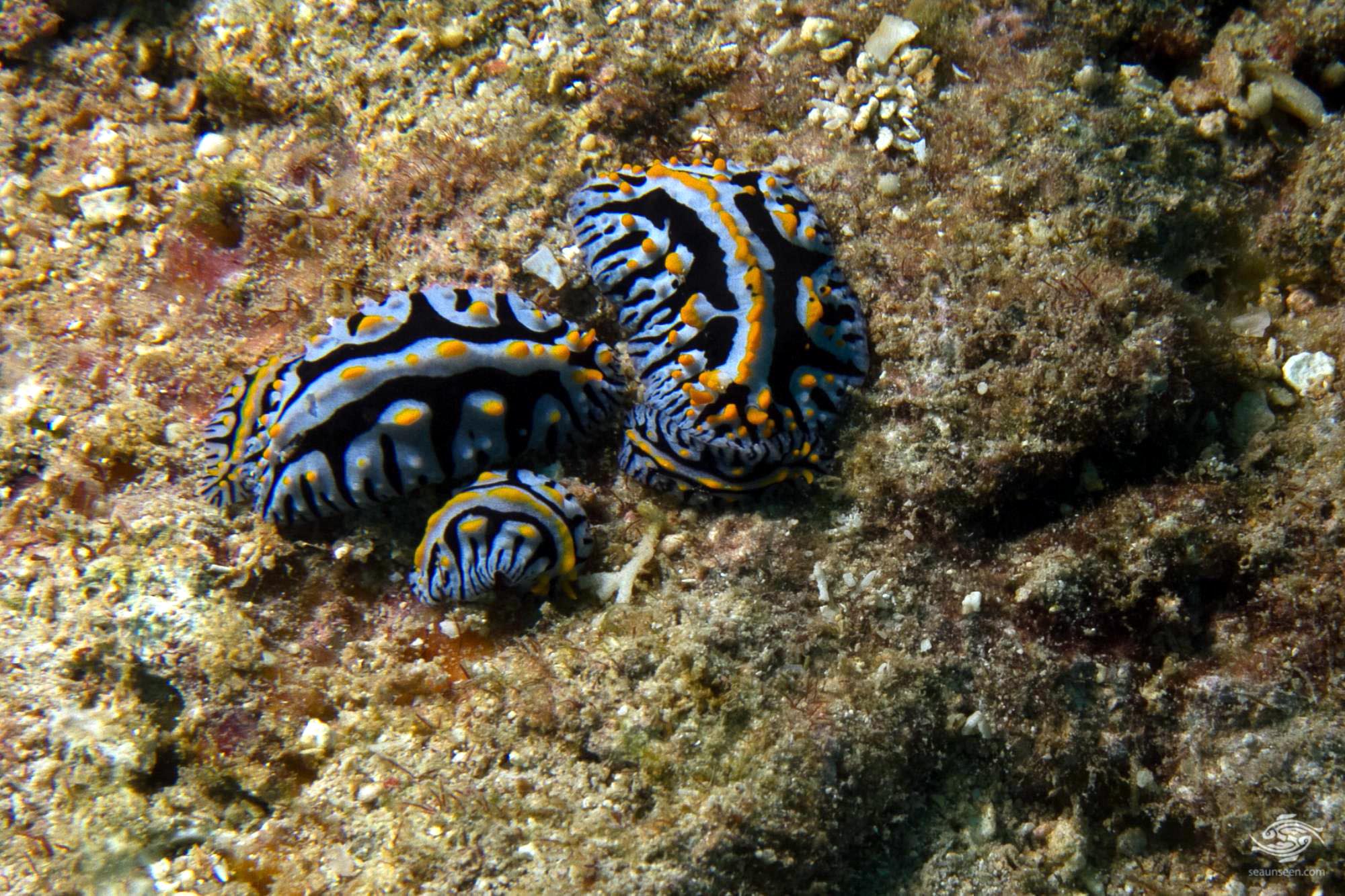 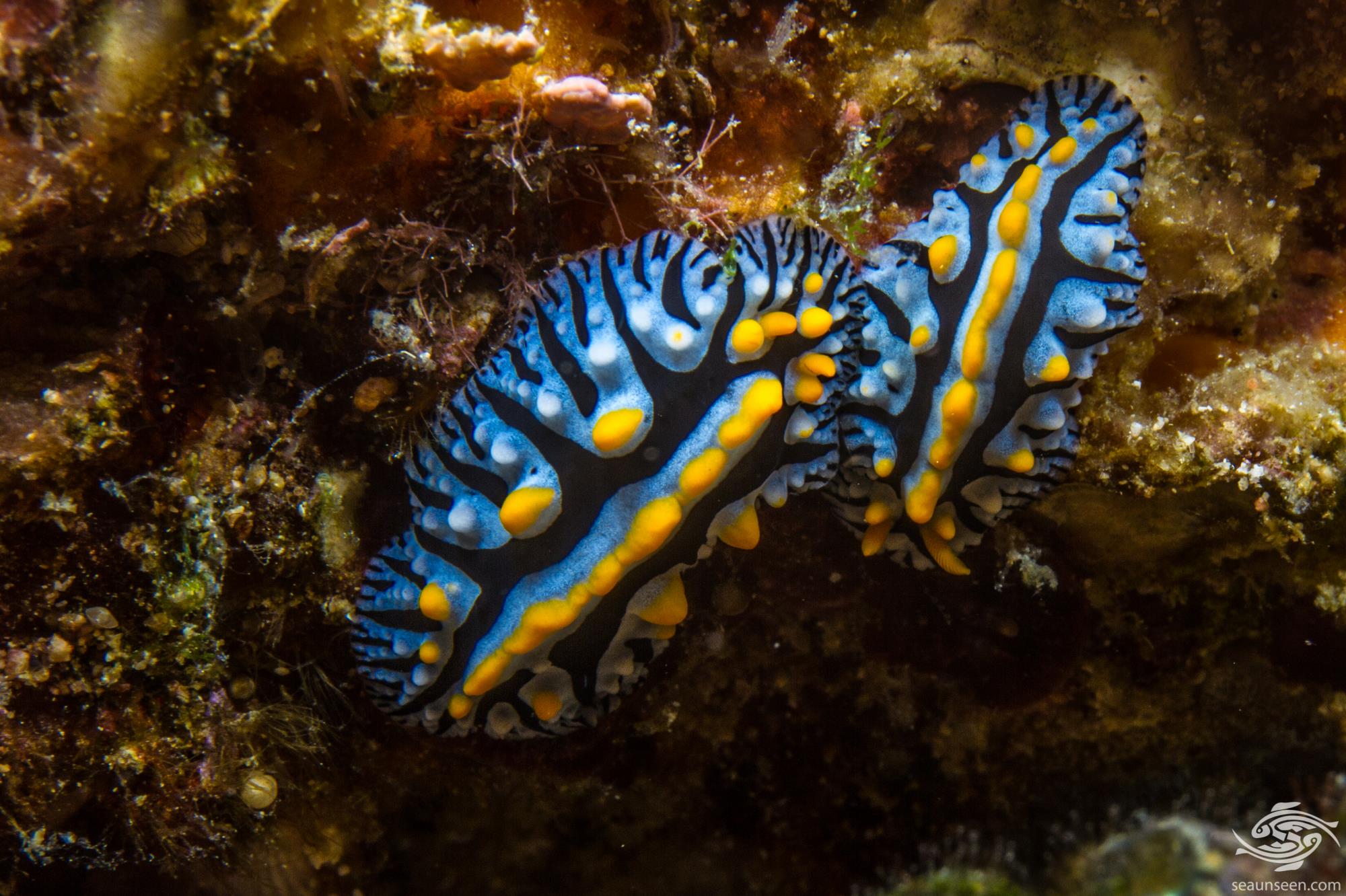