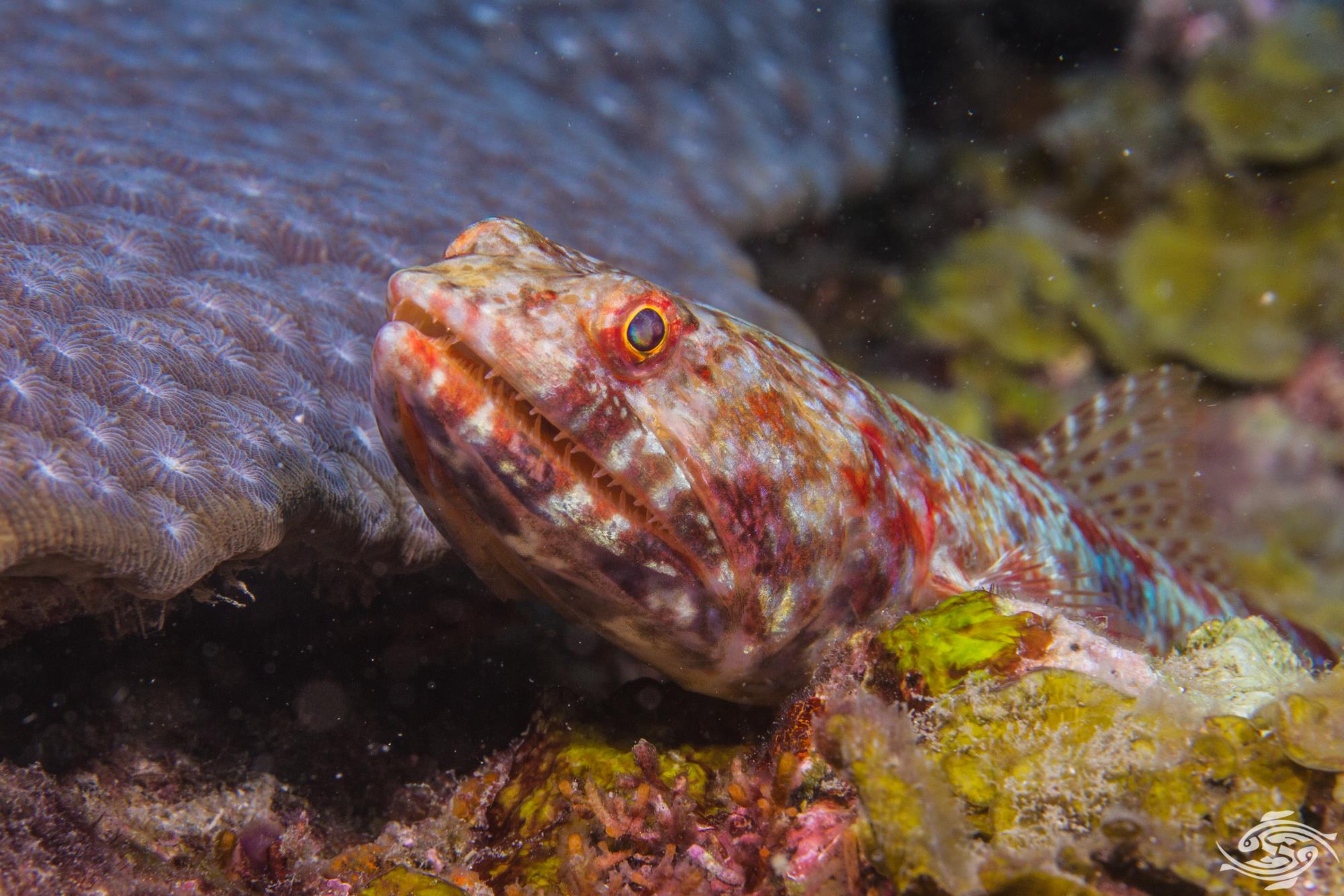 The body which can be banded both vertically and horizontally is generally mottled. The color varies greatly from a mottled brown to bright red in patches. They often have five or six darker colored saddles  on the body but this is not always the case. Despite their sometimes bright coloration they are remarkably well camouflaged. The body is cylindrical and tapers backwards. The mouth is proportionally large and is the widest part of the body. For their size they have formidable rows of teeth as can be seen in the image above. 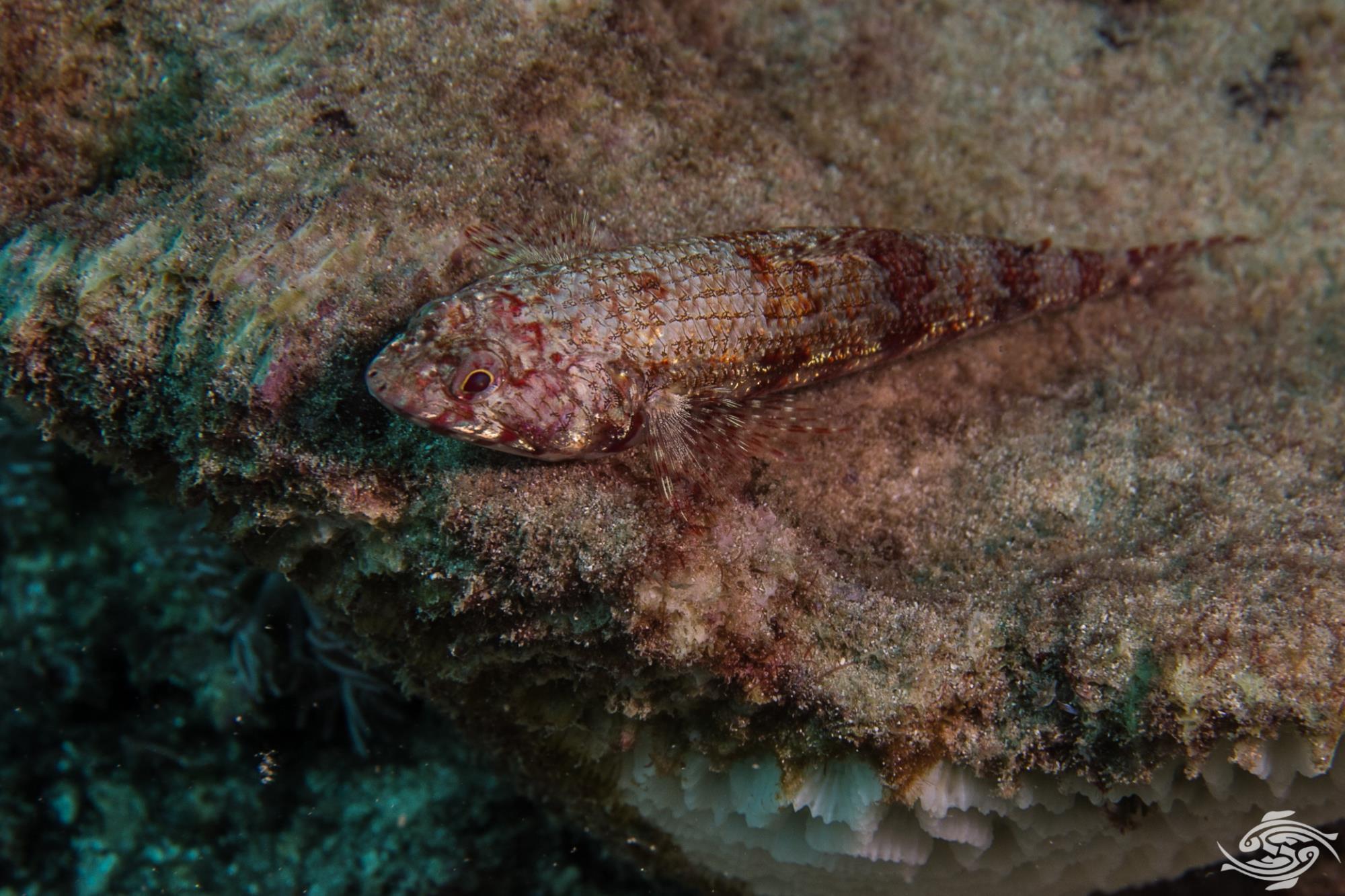 The Variegated Lizardfish is extremely common in Tanzanian waters, both on reefs themselves and on surrounding rubble. They are commonly seen in pairs but on occasion a single fish is seen. On very rare occasions, mainly in spring in Tanzanian waters they form close aggregations of from five to seven fish. When in these aggregations they seem to have no interest in feeding and a bigger fish may shove a smaller fish out the group.

They are ambush predators and wait on the bottom without moving and scan the waters for unsuspecting passing prey. If one  sits back a few meters from them and their are large numbers of small fish around they will happily feed  in front of one. They dart quickly upwards at passing fish , usually attacking from  behind. I once watched one grab a juvenile yellow boxfish (Ostracion cubicus), highly poisonous. It latched onto it from behind and then must have realized that it was poisonous. It struggled to release it, with the boxfish stuck on its teeth. After a few shakes it managed to release it . The yellow boxfish swam on as if nothing had happened. 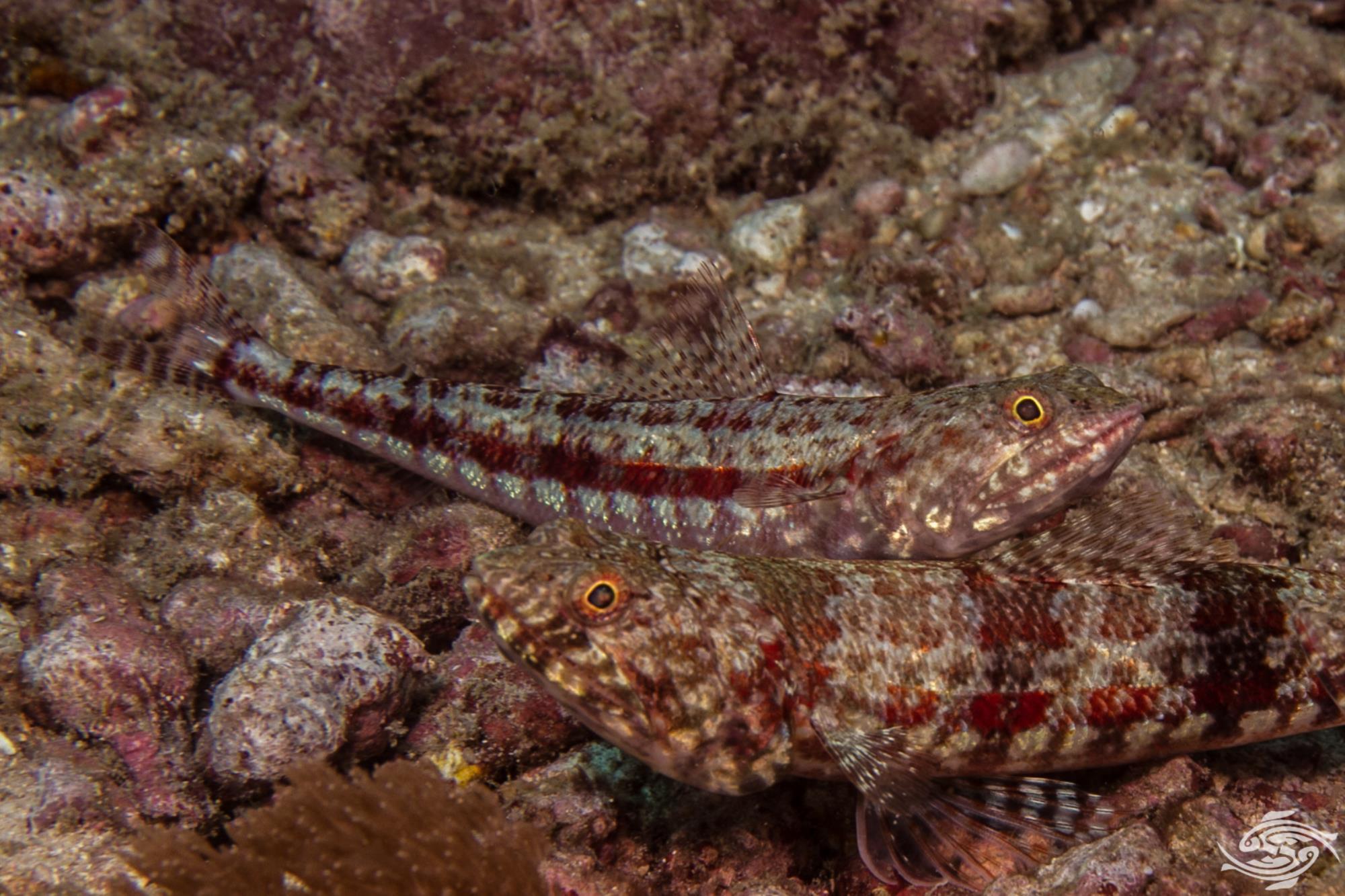 The Variegated Lizardfish is found across the tropical Indo Pacific area. They are found on coral and rocky reefs from depths of 5 meters to 50 meters. Because they are ambush predators they usually situate themselves on a prominent spot often with just the head sticking up. 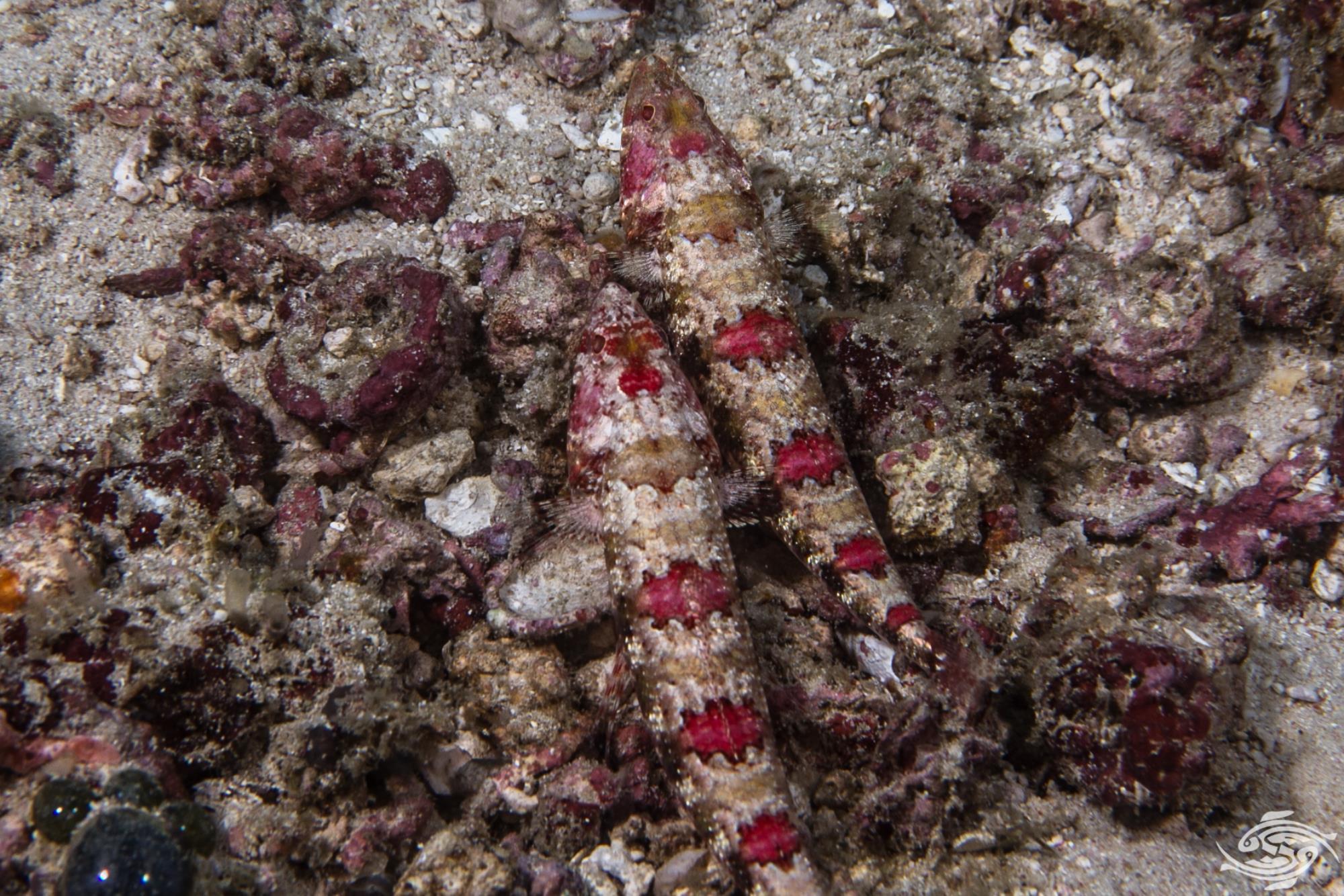 The Variegated Lizardfish are ambush predators and will eat any passing fish or crustacean that they can fit in their mouths. They remain motionless on the substrate and wait for prey to pass above them. They then dart rapidly upwards and usually hit their prey from underneath and behind. The prey is often swallowed whole in one very fast motion but larger prey is gripped with their teeth and swallowed slowly. 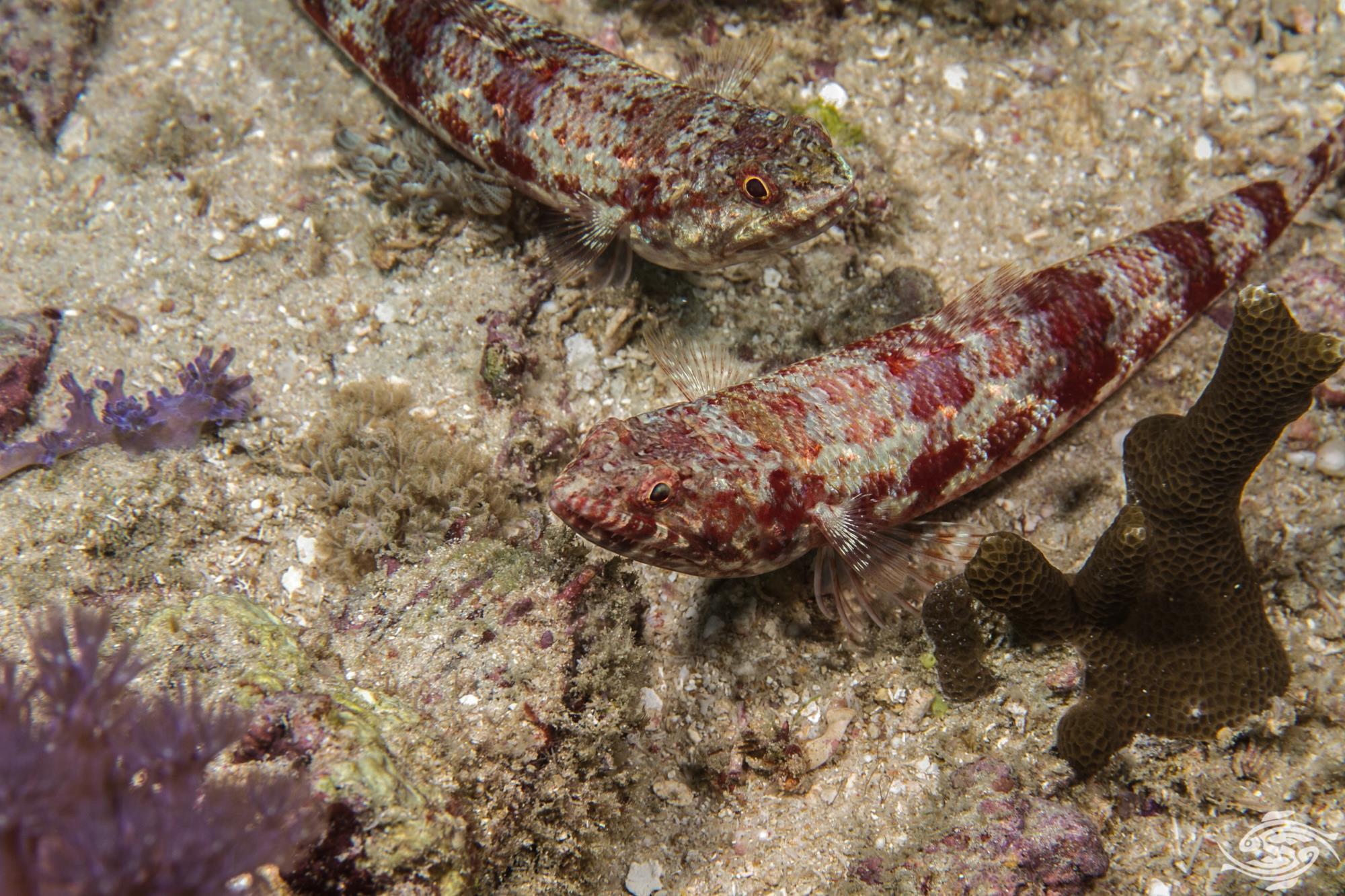 Little seems to be known of their mating habits. They are usually found in pairs but in spring seem to form aggregations of up to seven fish which may be breeding related. While in these aggregations they seem to have little interest in feeding. 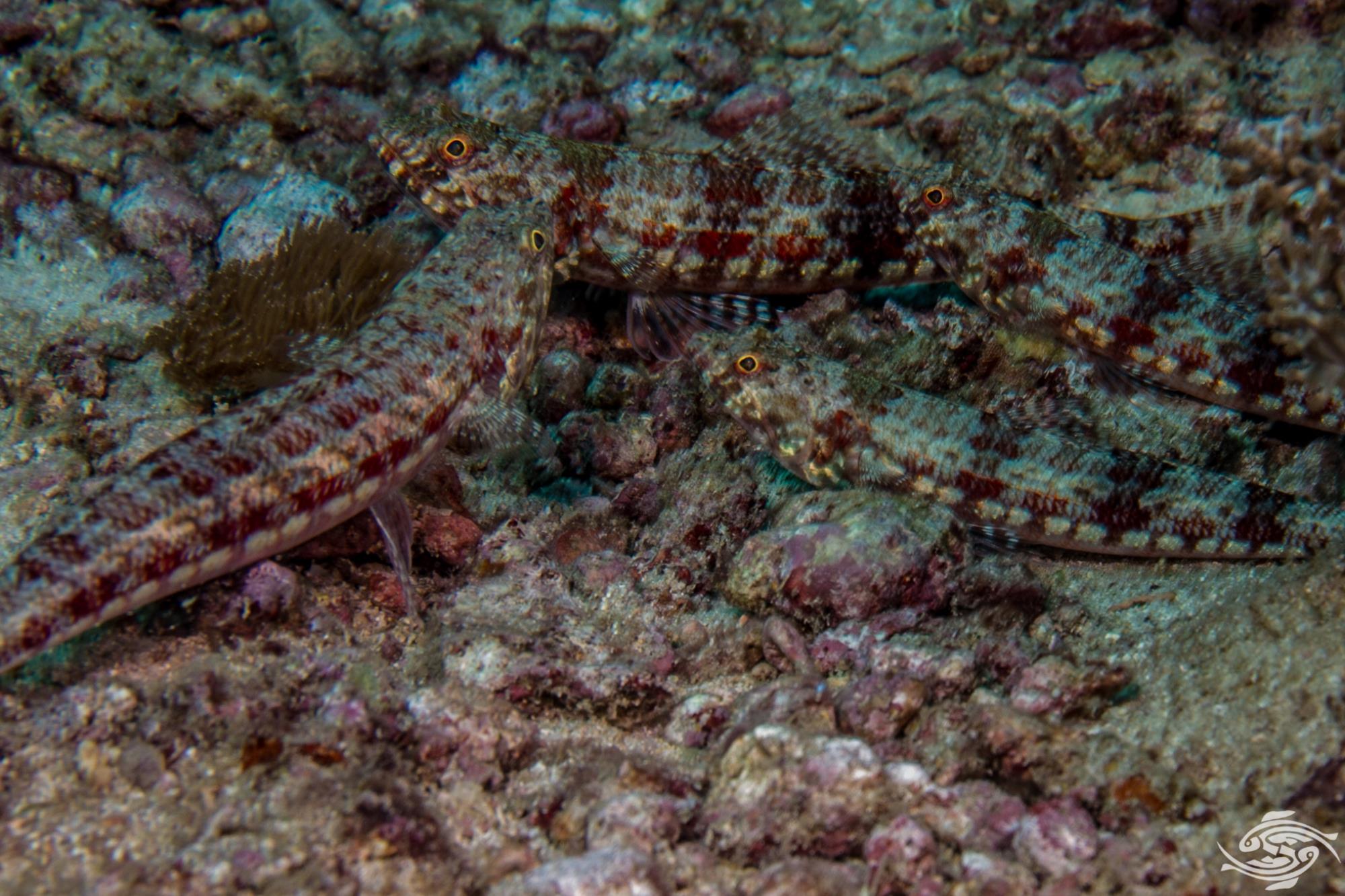 Variegated Lizardfish are sometimes kept in some public  aquariums but because will eat anything that fits in their mouths, they are seldom kept by  aquarists. 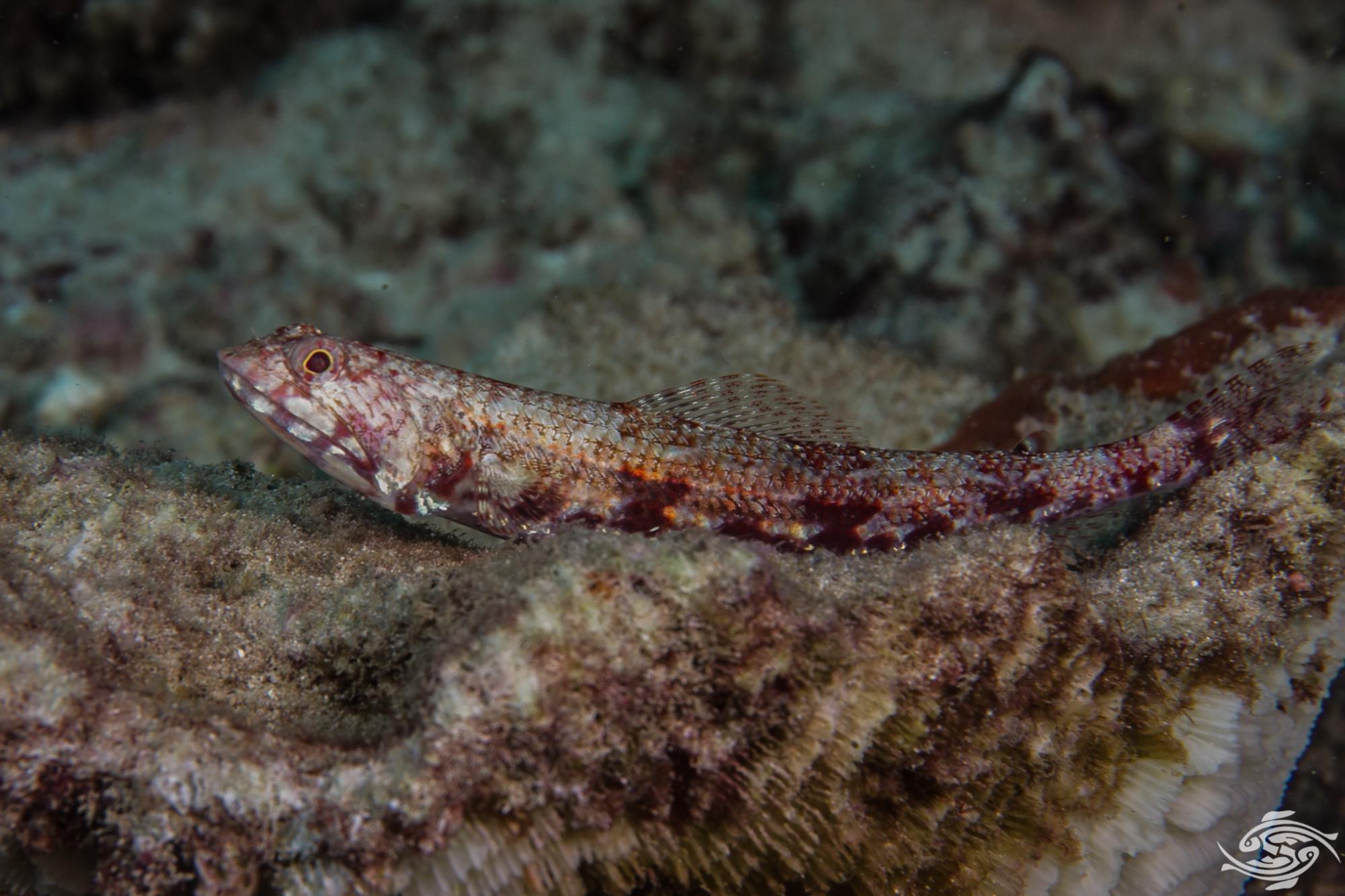