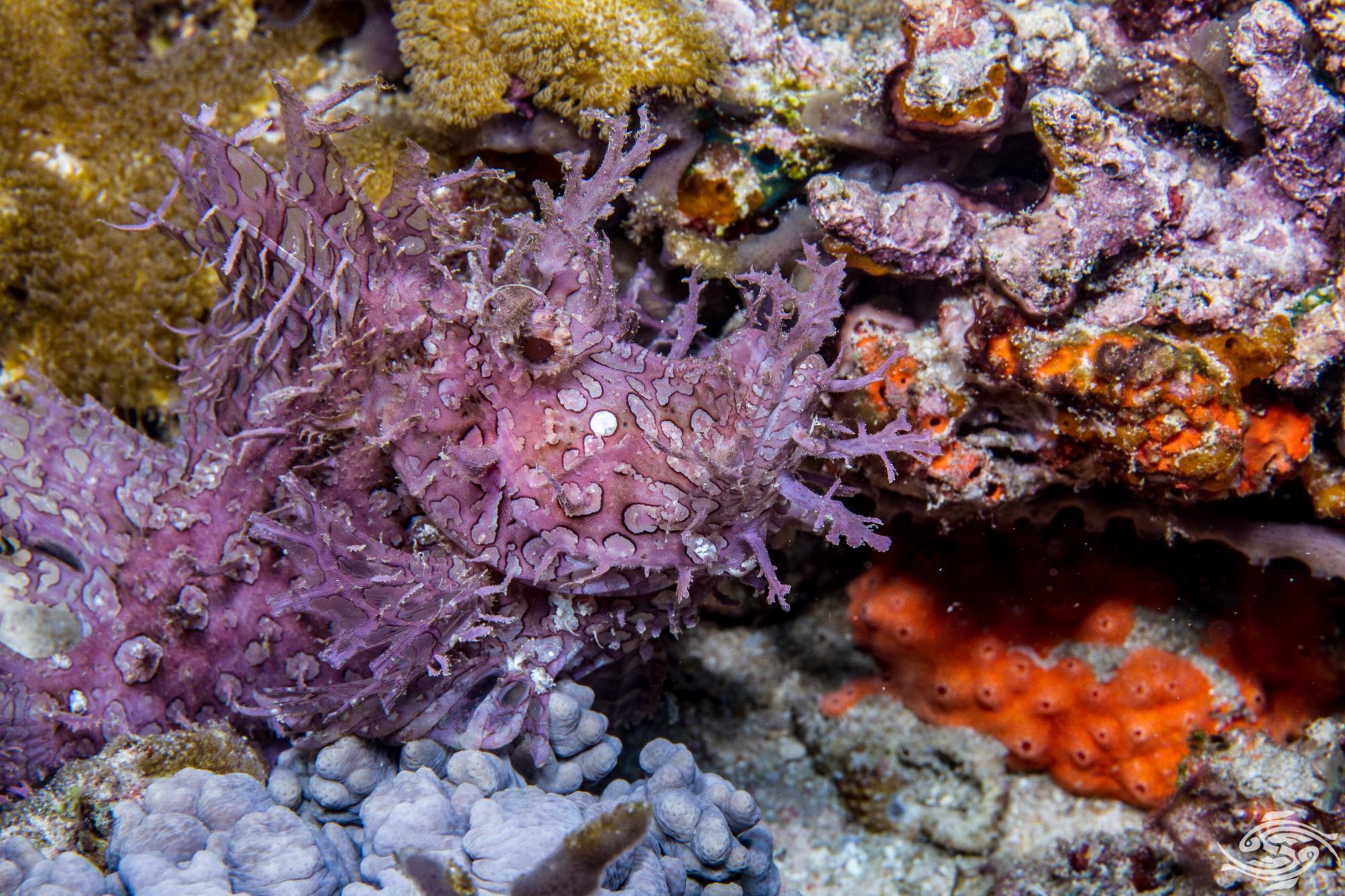 On the Tanzanian coast they are extremely rare and are not often seen. This is probably a function of their excellent camouflage as well as their rarity. If one is found, there are often others very close by. These specimens were photographed on Big T Reef off Dar es Salaam, Tanzania. 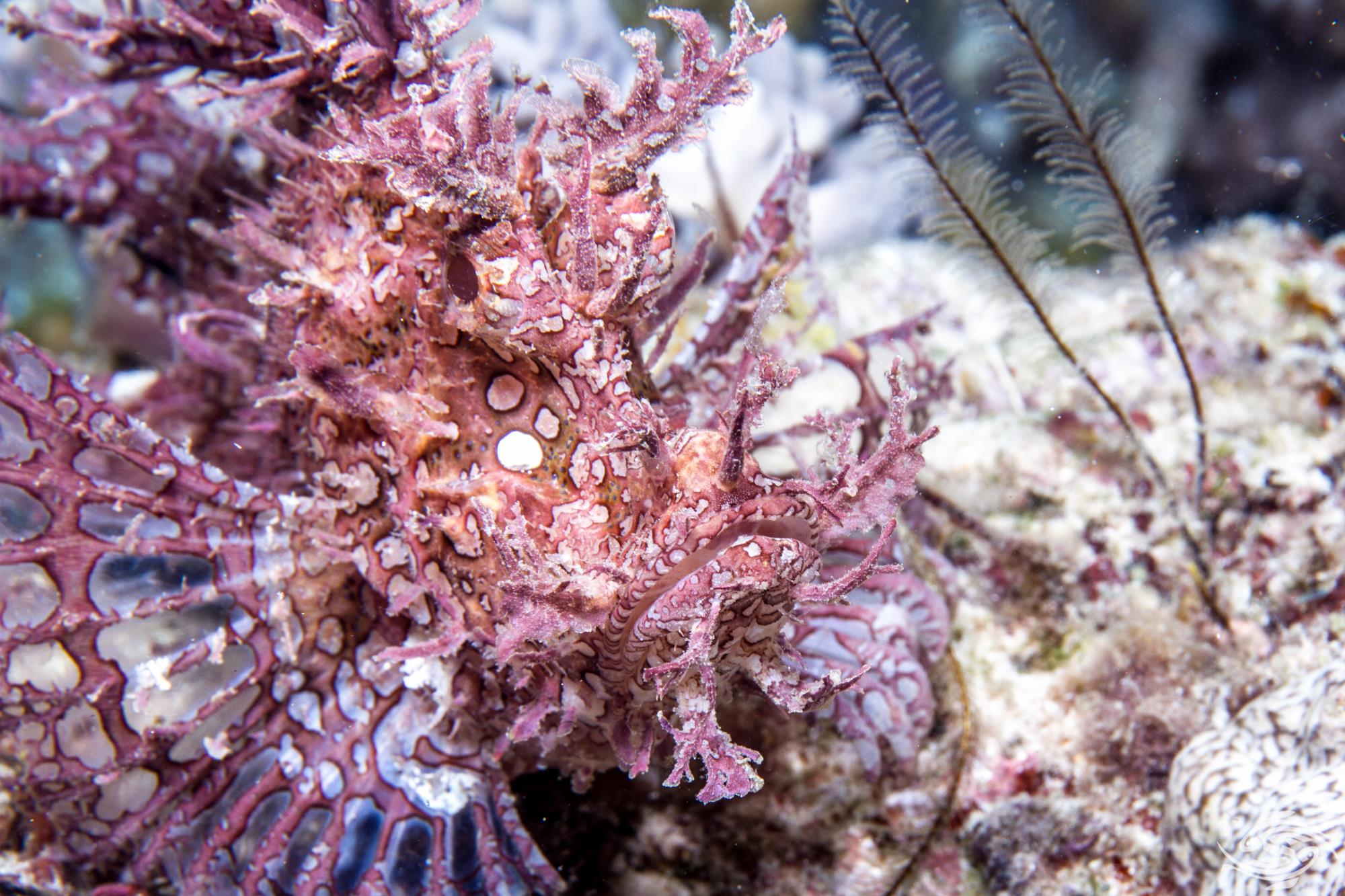 Weedy Scorpionfish have a laterally compressed body with a proportionally large head and a large mouth. The eyes are set high up on the body. There are numerous ornate frond like appendages on the body which aid in camouflaging them. 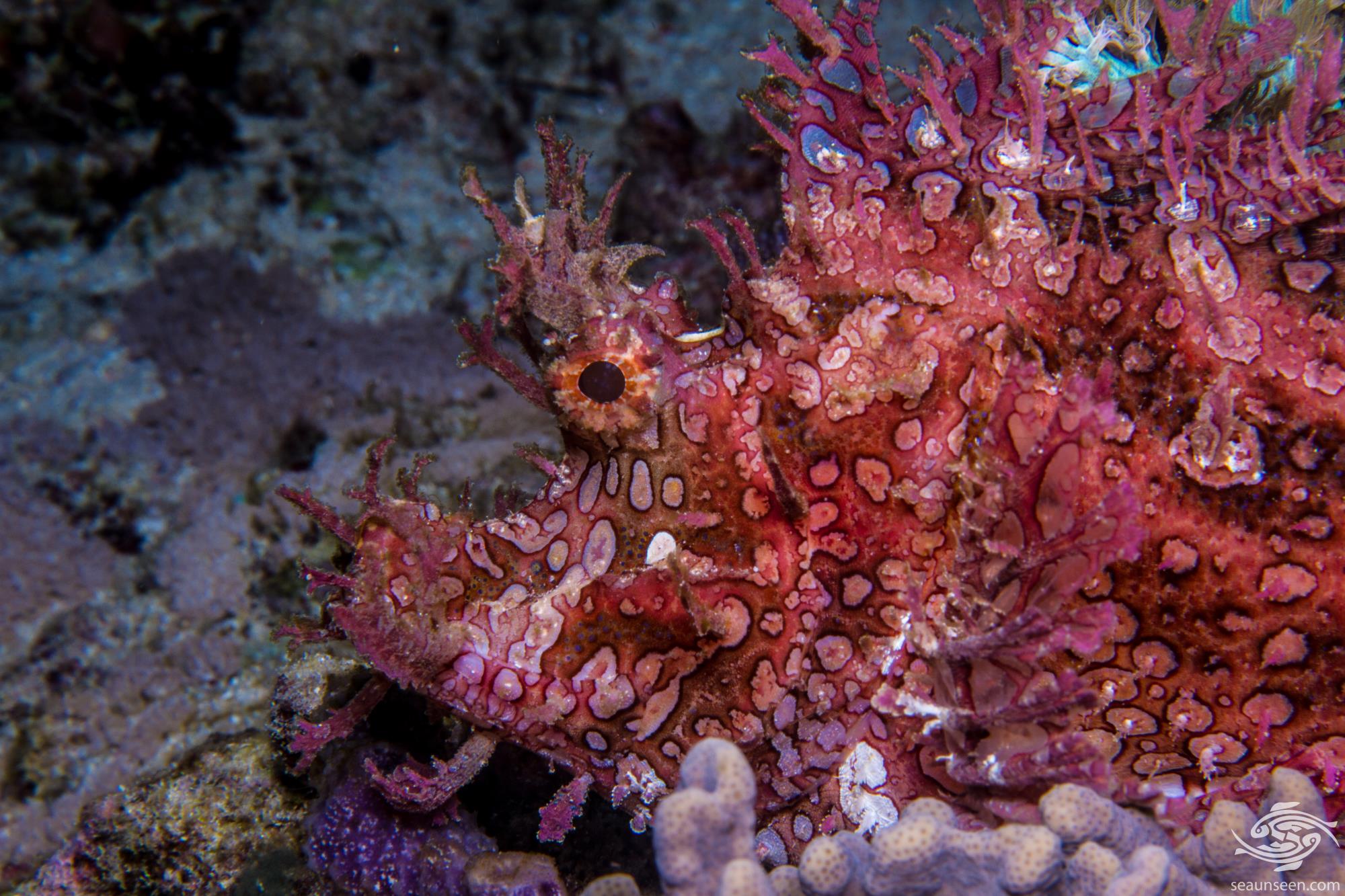 The colouration and patterns are highly variable and they come in shades of  red, pink, lavender, brown , light blue, green and yellow. Their skin molts every few weeks and they can change color on the molt. Little is known about how this process occurs. They grow up to 19 cm in length.

The spines of the dorsal fin contain toxins which provide them with protection from larger predators. The spines are potentially dangerous to divers. 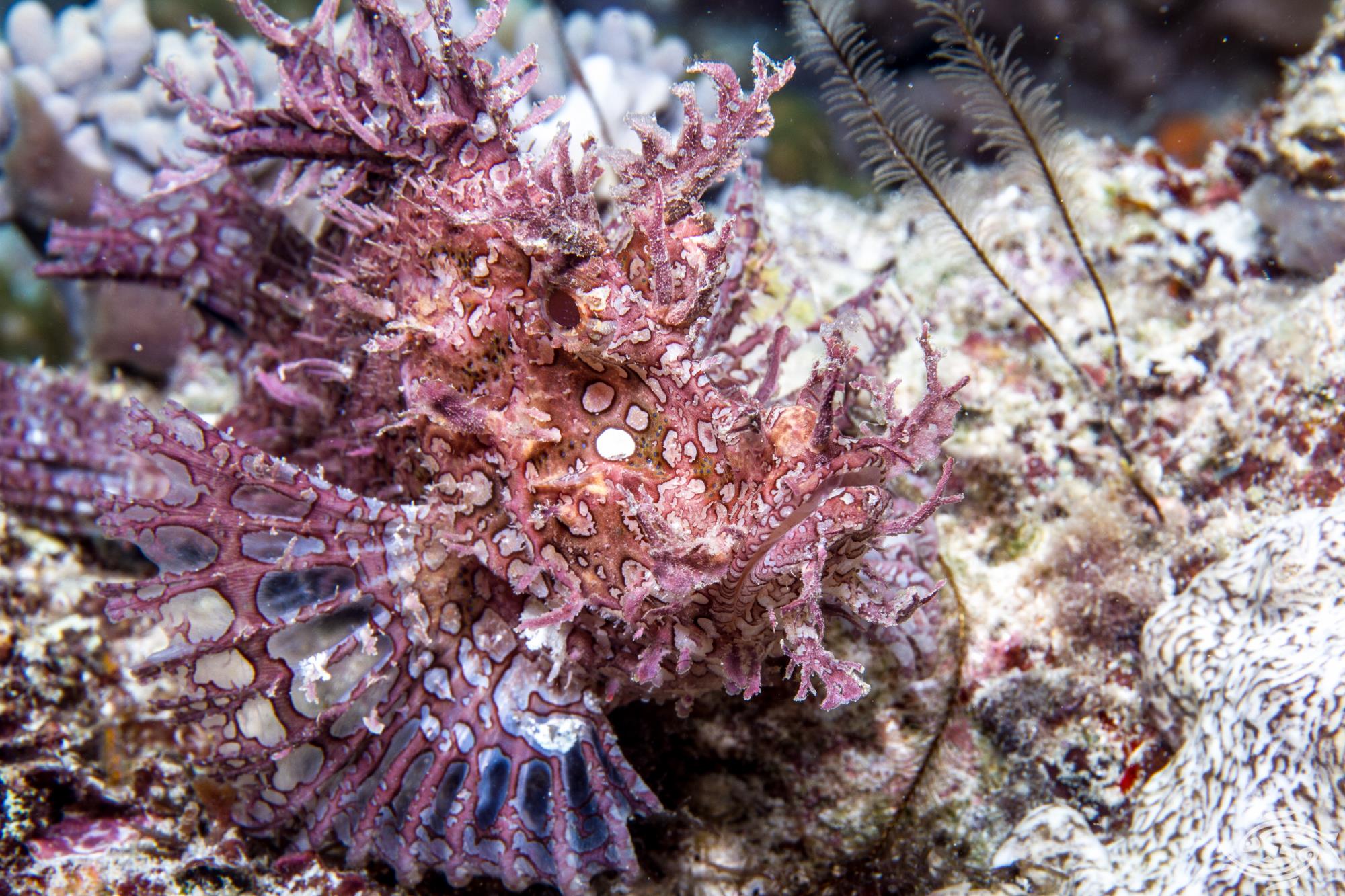 The Weedy Scorpionfish is usually found on the reef or on rubble surrounding corals. Despite their sometimes very bright coloration they are well camouflaged and can be difficult to spot.  They do not move much and sit very still. They are fairly rare and are not commonly seen.

Being poor swimmers they tend to either make short hops across the bottom or crawl on their pelvic fins rather than swimming. They will usually wedge themselves into a strategic position using their pelvic fins and sit and wait for their prey. 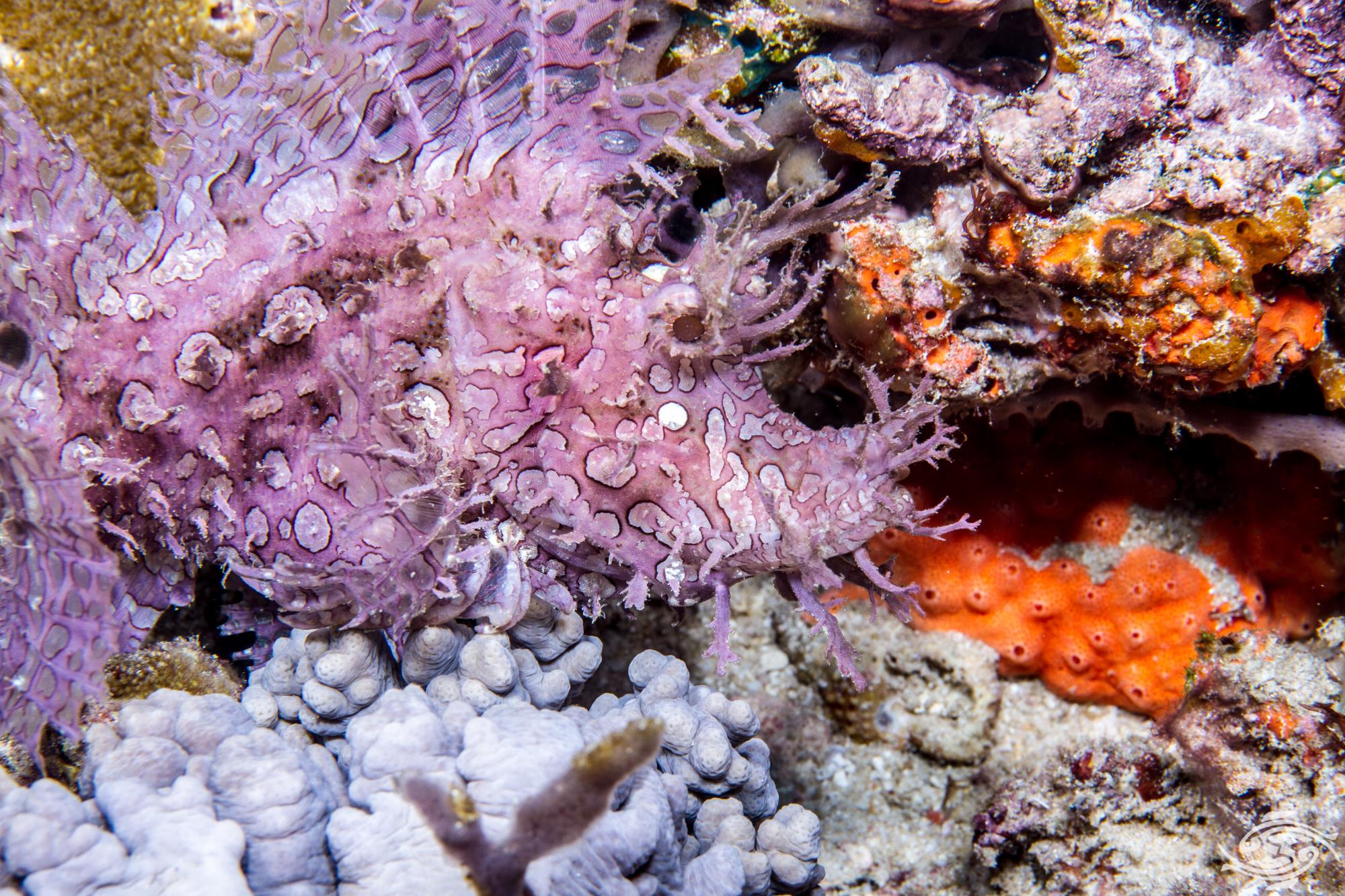 The Weedy scorpionfish are found across the Indo West Pacific oceans, mainly on reefs or rubble at depths below 18 meters.

The Weedy scorpionfish are ambush predators that lie motionless and will eat any passing fish or crustacean that they can fit in their mouths. Having no teeth the prey is swallowed whole and is pulled into the mouth by the suction created when they open their mouths. 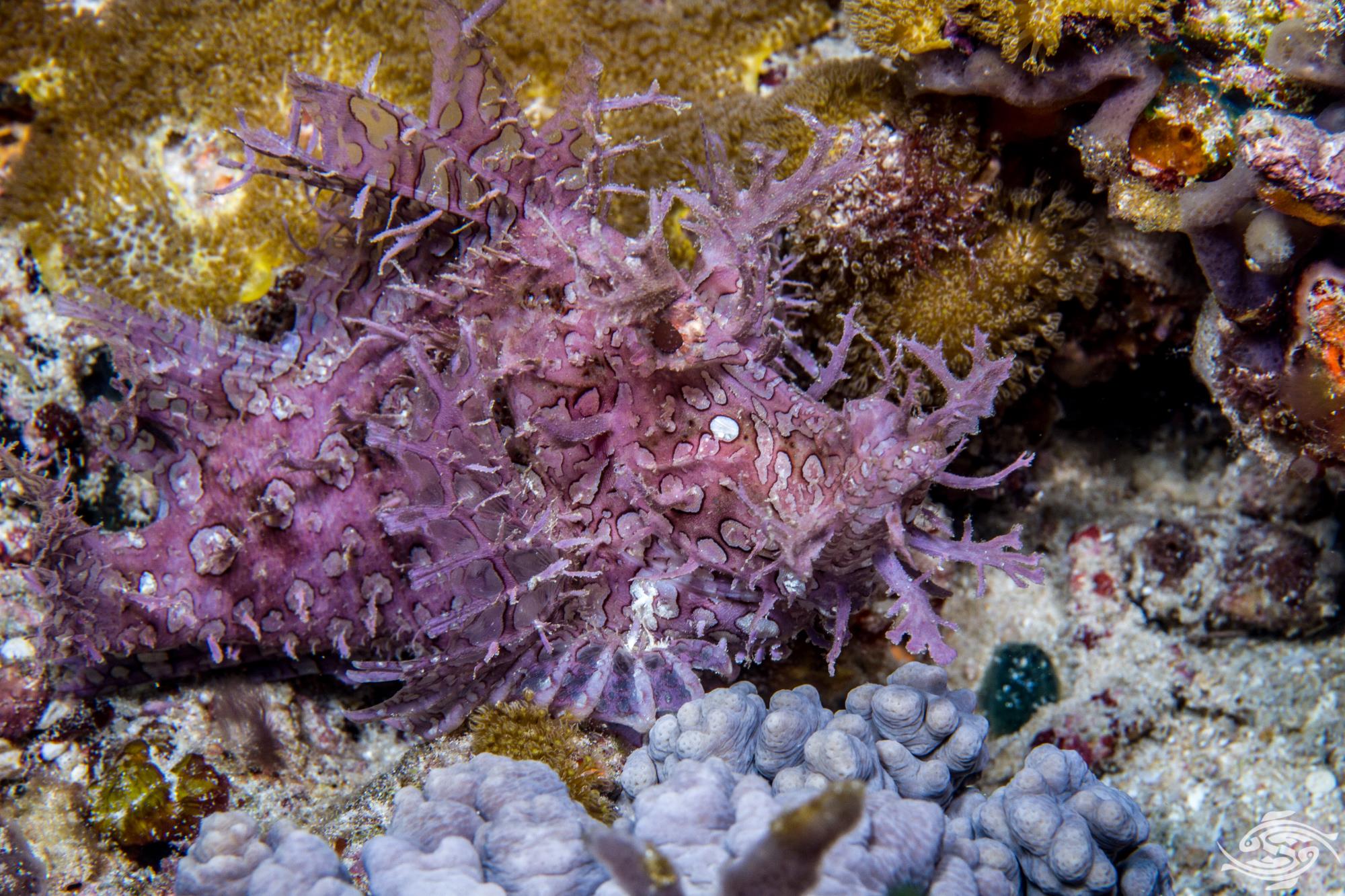 Weedy Scorpionfish are oviparous with females producing eggs. When fertilized these are released and float near the surface. Little else is known about Weedy scorpionfish reproduction. 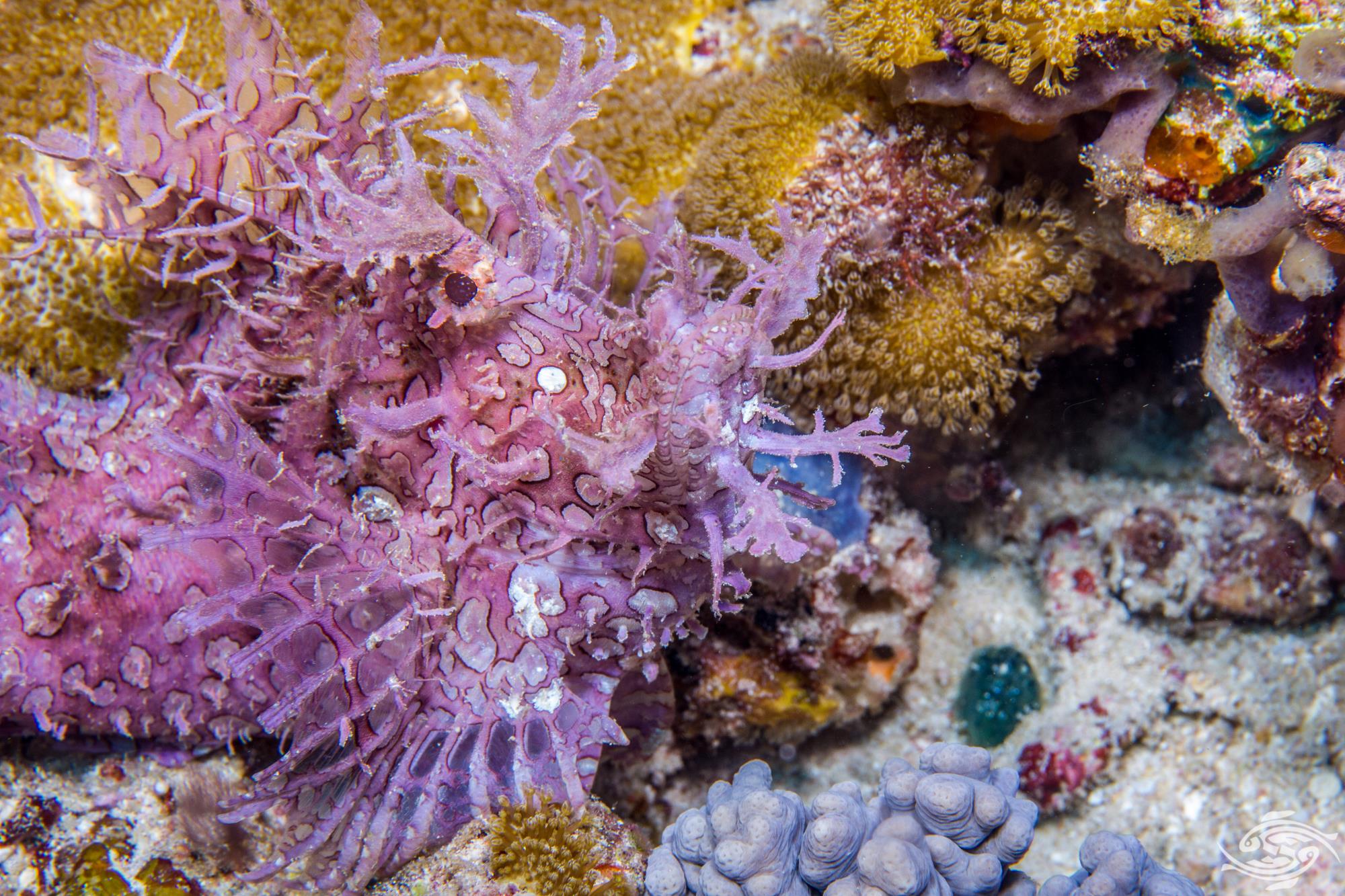 Weedy Scorpionfish are kept in aquariums by some specialist aquarists. With their bright colors and unusual looks they can make an attractive addition to a tank. However they will eat anything that fits in their mouths and as a result care has to be taken in choosing their tank mates. Preferably they should be large enough to not fit in their mouths. As with most scorpionfish they are usually relatively easy to get onto prepared foods. 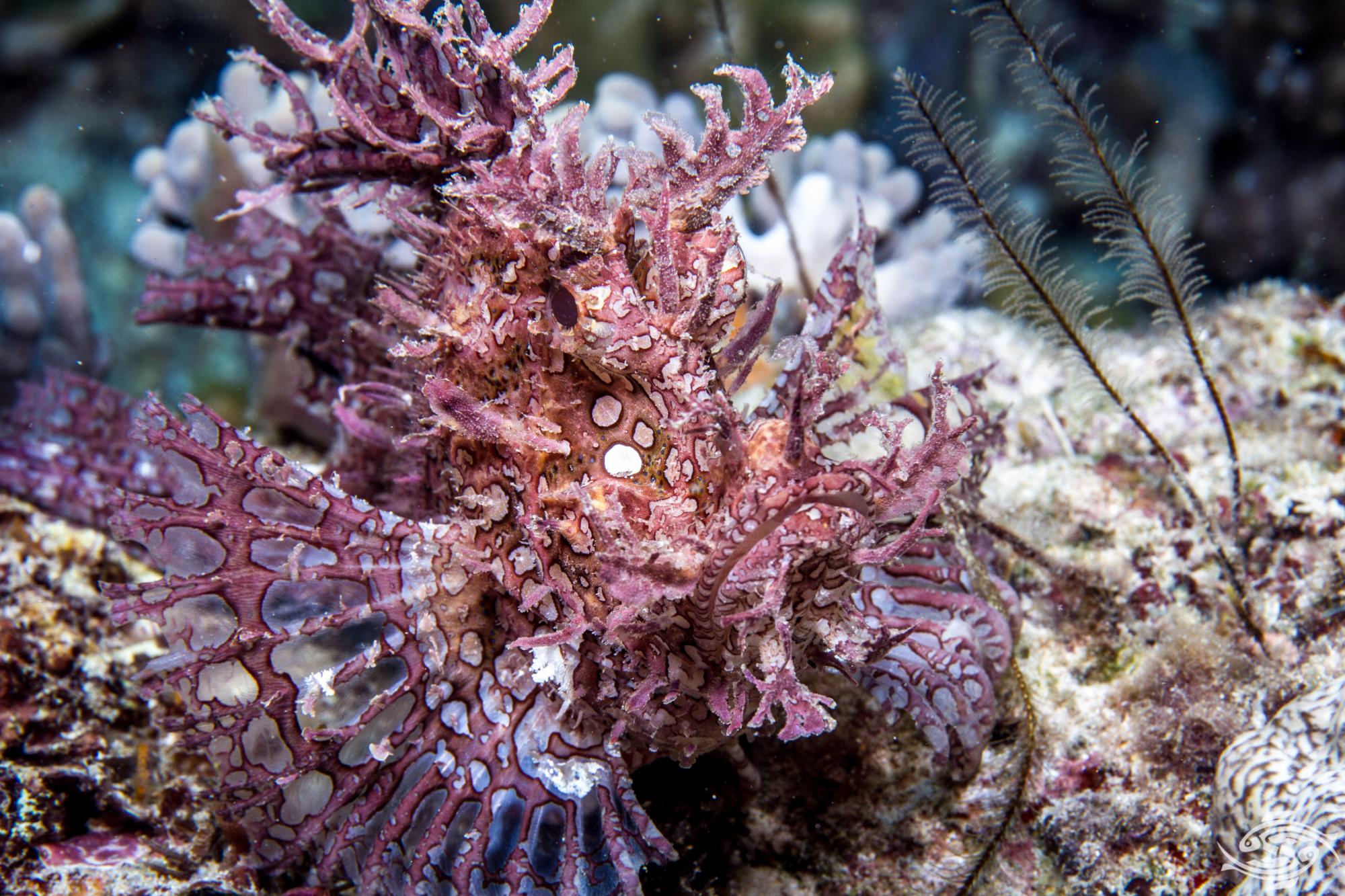