Perhaps the first known recorded sighting of a whale shark (Rhincodon typus) off the coast of Mafia Island, was during the first world war. It was in the Mafia Island channel near Niororo Island where seaplanes were first used in warfare.

On the May 5th 1915, a short seaplane, flown by a flight lieutenant by the name of Watkins, was shot down by Germans.  The Germans were guarding the Ruffiji delta area to protect the warship the Konigsberg hidden up the river delta.

The plane crash landed in the sea.Watkins, along with another soldier on the plane, survived. Afterward, Watkins and the soldier reported that as they clung onto the wreckage, waiting to be rescued, a very large shark with white spots was swimming around them with its mouth hanging open.

They amused themselves by trying to count the number of white spots on the shark’s back. Almost certainly this was a whale shark. At the time they believed the shark wanted to eat them.

The following are photos of our trip to Mafia Island on December 6, 2014. 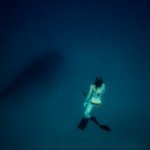 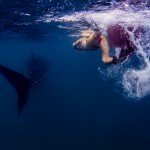 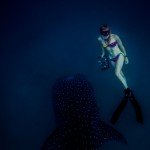 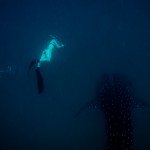 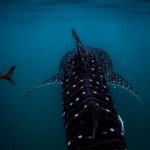 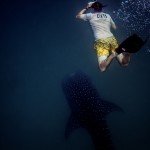 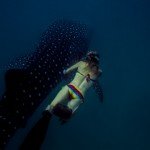 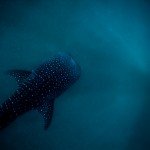 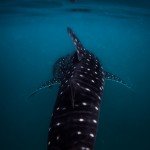 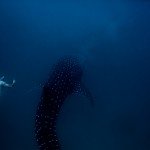 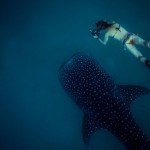 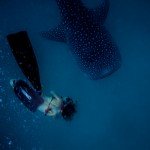 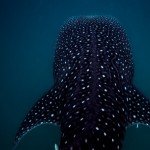 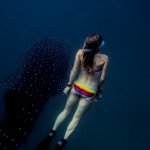 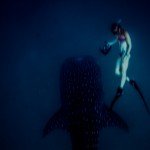 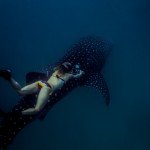 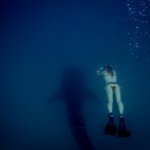 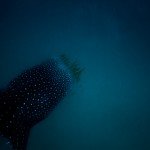 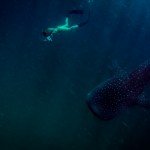 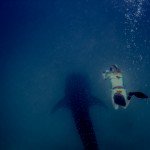 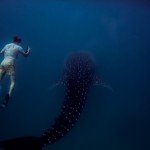 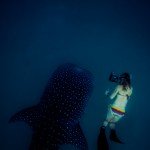 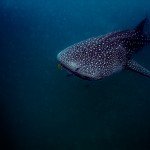 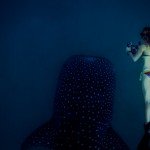 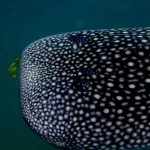 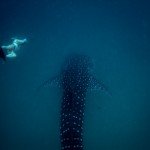 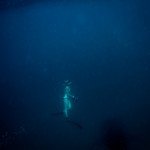 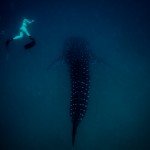 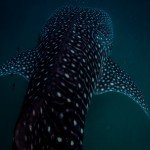 Not much was known of the whale sharks in and around Mafia Island until the World Wildlife Foundation began conducting research on them in the area in 2005. Later the study was expanded and they began to document and track the various individual fish.

In the the seasons of 2012 and 2013, 87 different sharks were identified, mainly juvenile males. Only 23% of the whale sharks identified were females.

The research shows that they mainly favor eating sergestid shrimps. These are found in numbers on the west coast of Mafia island in Kilondoni Bay, an area that extends north of Ras Kisimani up to Ras Mbisi.

The sergestid shrimp are also targeted by shoals of dagaa sardines. At times this results in conflict between the whale sharks and fishermen targeting the dagaa sardines with nets.

They arrive around Mafia Island in October and stay until May. Part of that time is spent feeding in deeper water. The best time to see the sharks is from the end of November to early December, when the number of sightings are at their highest because they are feeding on the surface fairly close inshore. Their fins can often be seen from the shore of Kilondoni.

Whale Sharks are the largest fish in the world and can grow up to 20 meters (65 feet) and weigh up to 34 tons. However, the majority of whale sharks seen off the coast of Mafia Island are smaller ranging from five to fourteen meters (16-46 feet). The research is ongoing and doubtless more will be learnt in the future about these gentle giants of the oceans.

To plan a whale shark excursion on Mafia Island, contact Butiama Beach. They have excellent accommodation with daily trips out to swim with the whale sharks, and delicious food as well.