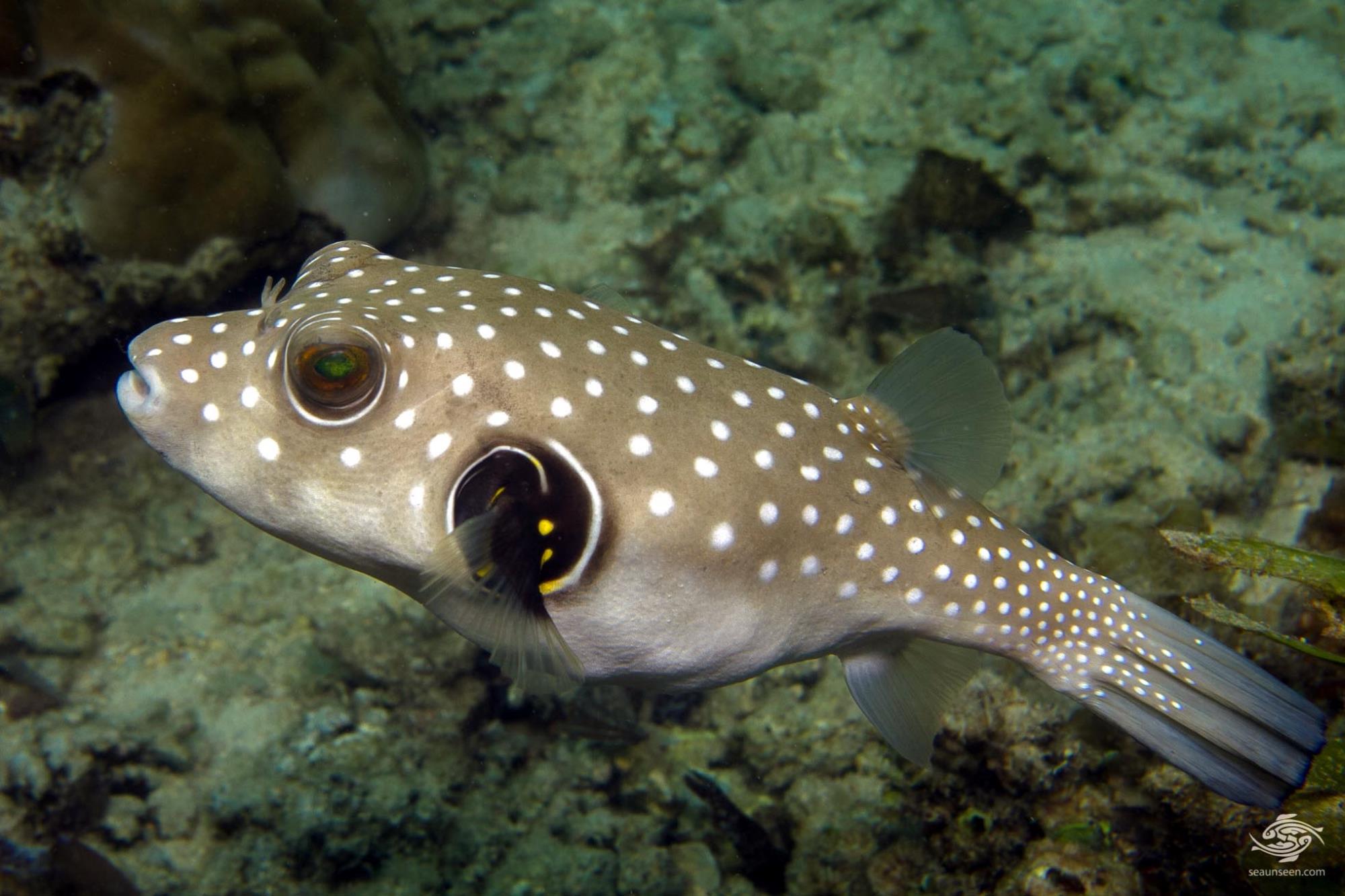 The white spotted pufferfish or blowfish, Arothron hispidus are a common sight on the reefs in East Africa and are frequently seen swimming around the reef edges.  They are also known as the stars and stripes pufferfish and the hispid pufferfish. As with many other puffers, they have a symbiotic relationship with types of bacteria such as Pseudoalteromonas tetraodonis. This bacteria produces tetradotoxin which is a powerful neurotoxin. These tetradoxin’s are found in their skin and internal organs. 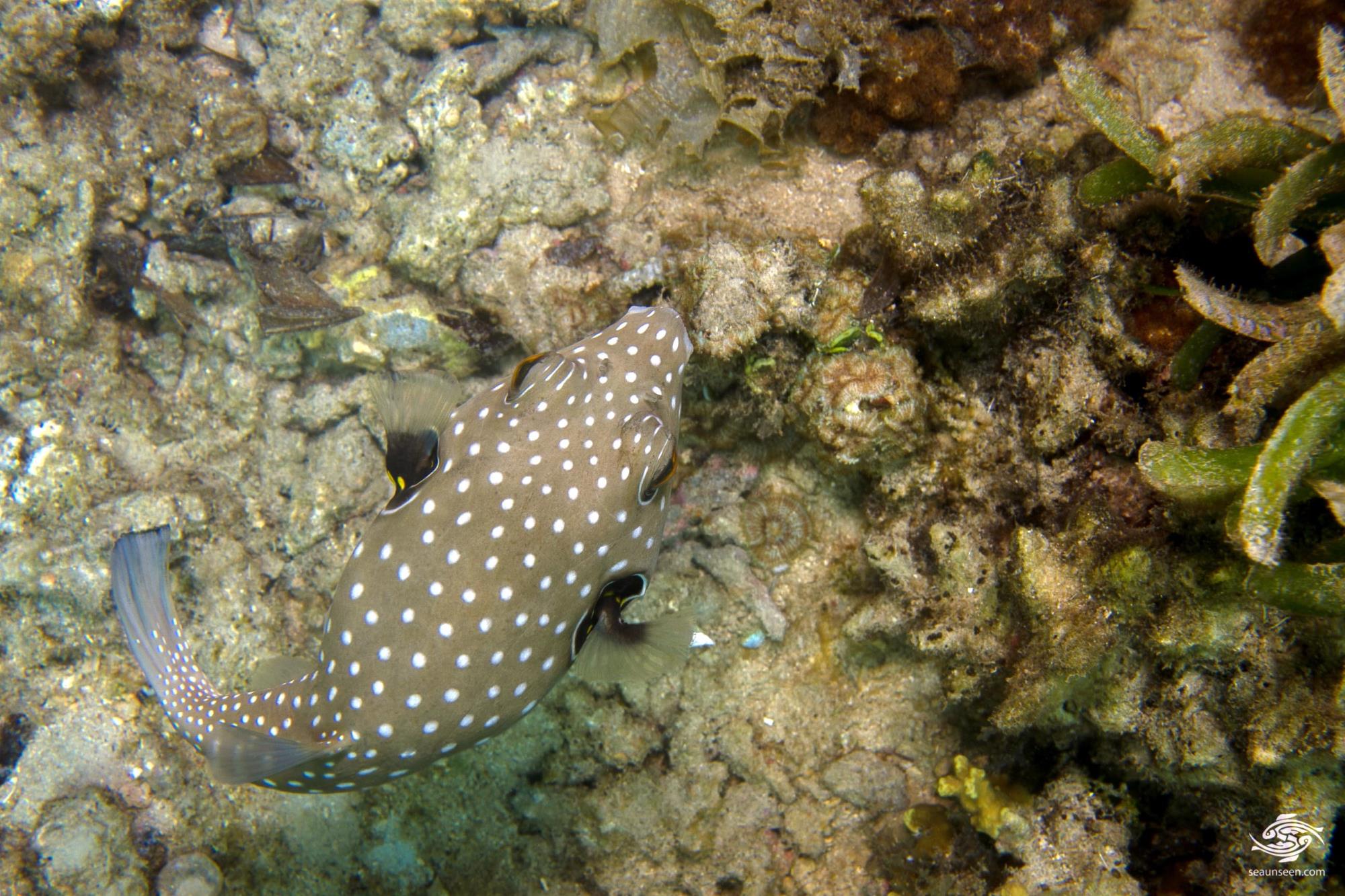 White spotted pufferfish have no scales or lateral line and have a set of protruding nostrils on the snout. The background color is a light grey brown color and some specimens have darker brown blotches on them. The body has white dots across is and a broken white ring around the eye. The lower body and underside is paler going to white. The pectoral fin is ringed with a black circle which is usually edged with a single yellow or white line, but sometimes the line is double. The fins are usually translucent with the white dots extending onto the beginning of the  caudal fin.   They have no pelvic fins. They have the ability to move their eyes independently and have good vision.

Full grown they can be up to 48 cm in length although usually they are slightly smaller.As with all pufferfish or blow fish as they are sometimes known, they have the ability to take water into their stomach to swell themselves up, making it harder for a predator to fit them in its mouth. 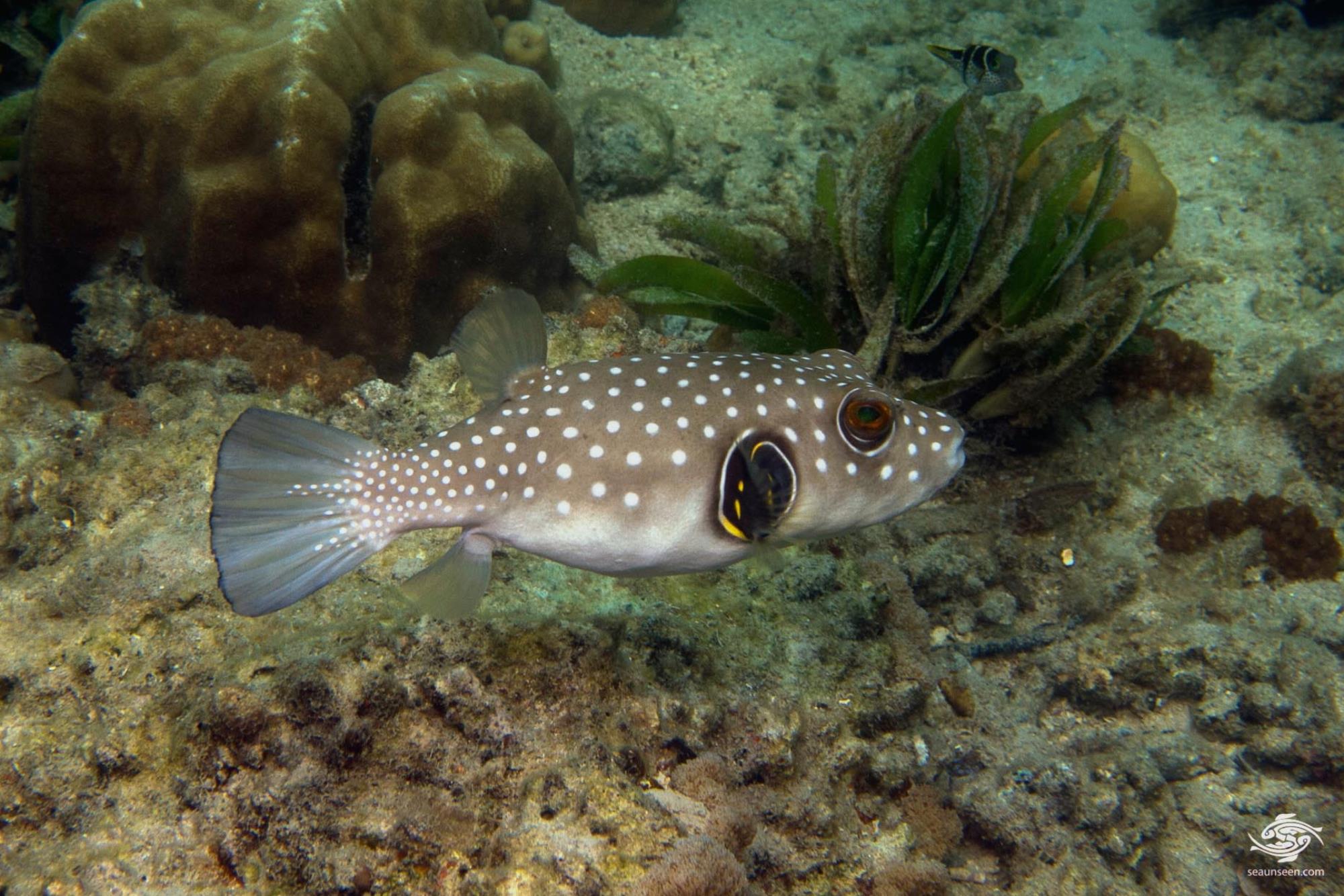 White spotted pufferfish are regularly seen swimming just above the reef and are very rarely seen swimming in open water, although this does happen occasionally. Despite their poisonous defense they take no chances and are usually near cover. If a diver nears them they will usually duck into a hole and are hard to approach too closely. They will usually swim off at a slight angle allowing one of their eyes to point backwards to watch you. 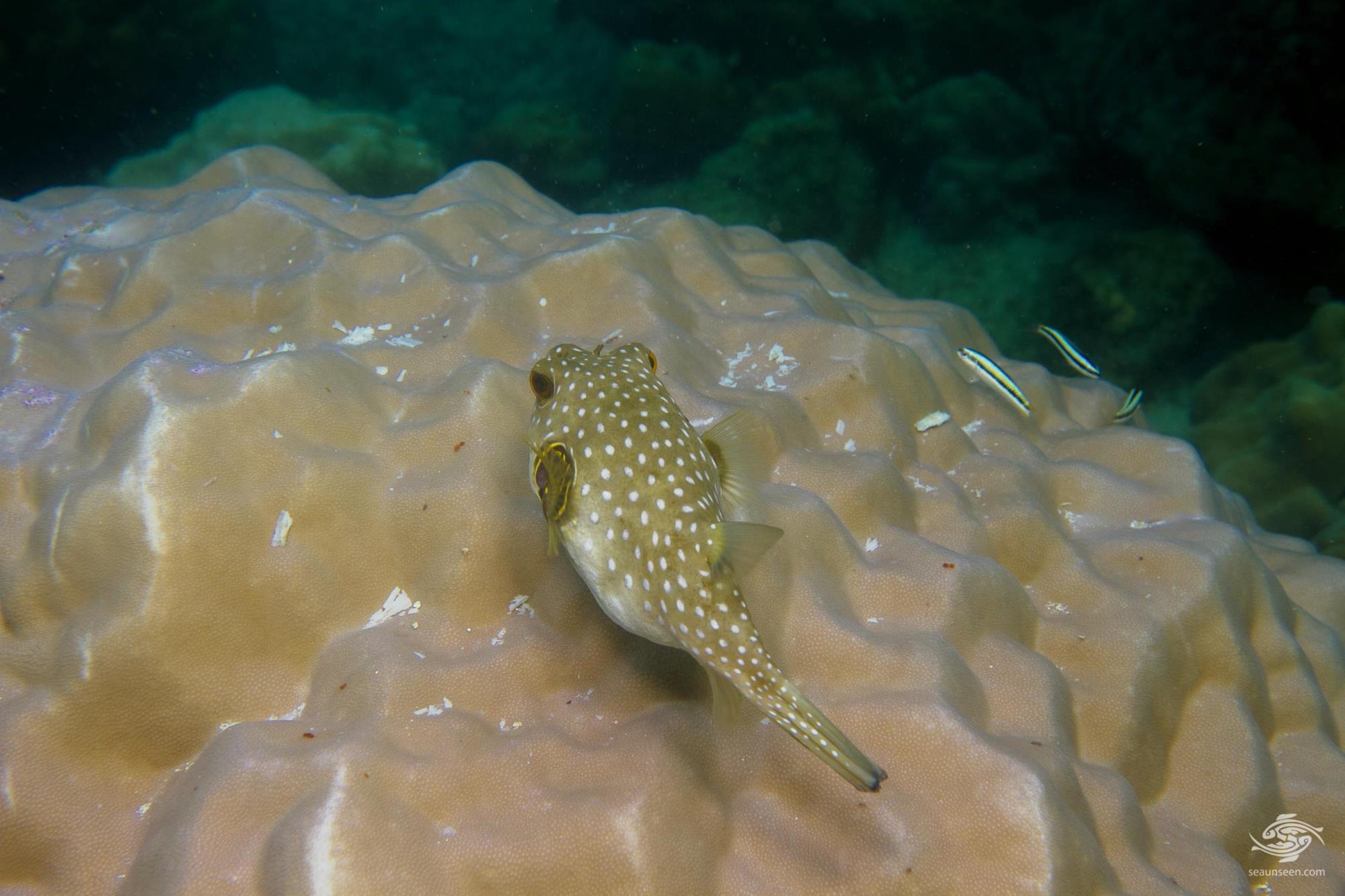 White spotted pufferfish are territorial and are usually solitary. With their beak they can give a powerful bite and great care should be taken handing these fish. Sometimes during the day they are seen resting on the reef. At night they have the ability to darken their colouring. 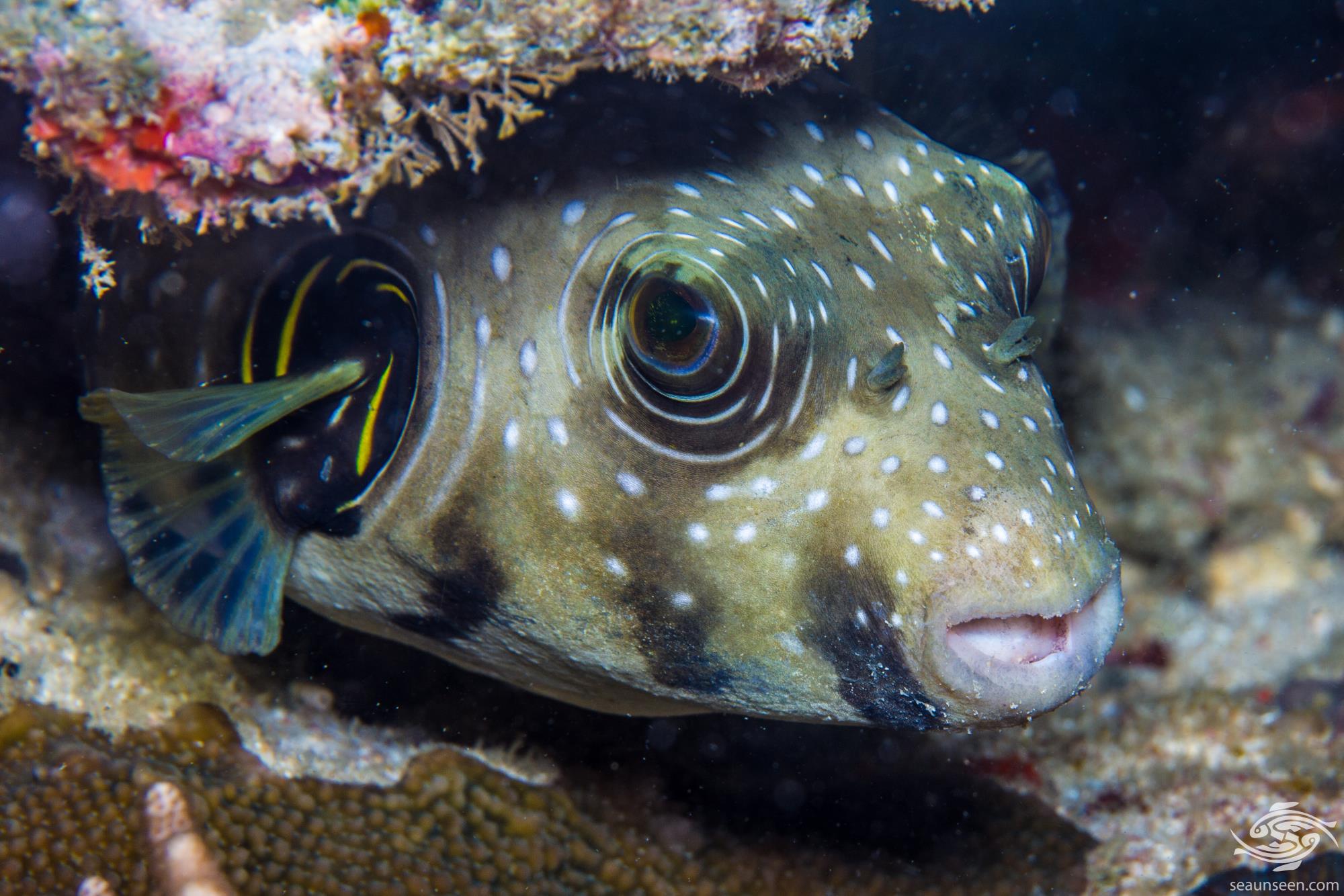 White spotted pufferfish are found across the Indo Pacific area, excluding the Red Sea and live close to the reef and in lagoons to a depth of 25 meters. They can be seen in greater numbers around areas containing rubble and the juveniles are usually found in mixed rubble grassy areas. 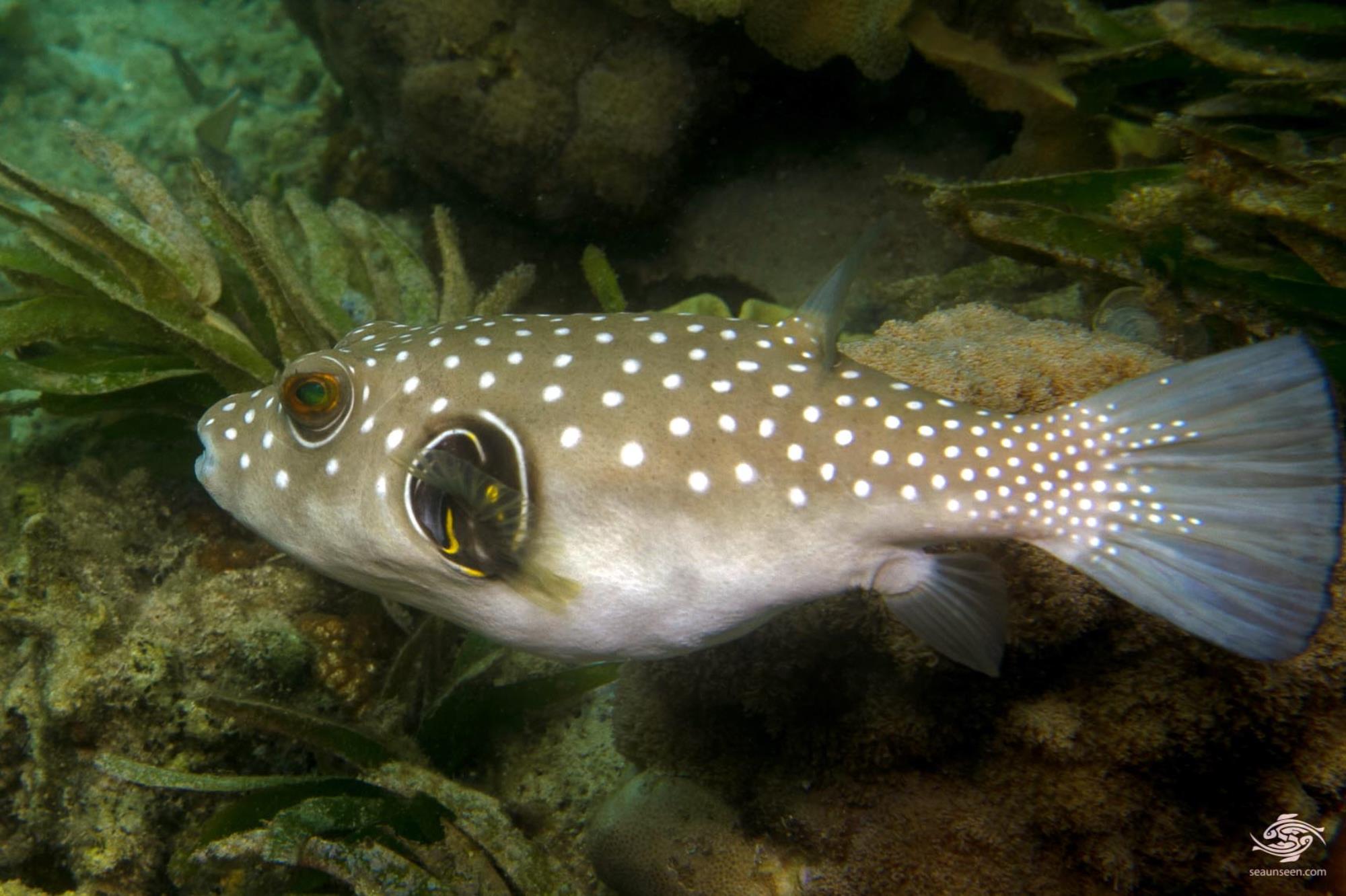 They use their impressive looking teeth to feed on benthic invertebrates, sponges, algae’s, tunicates, tube worms, zoanthids, crustaceans and some corals. They have four teeth which are fused into a beak and the teeth continue growing throughout their life. They often blow water at the sand to expose potential prey and seem to have a sense which assists them in locating prey. 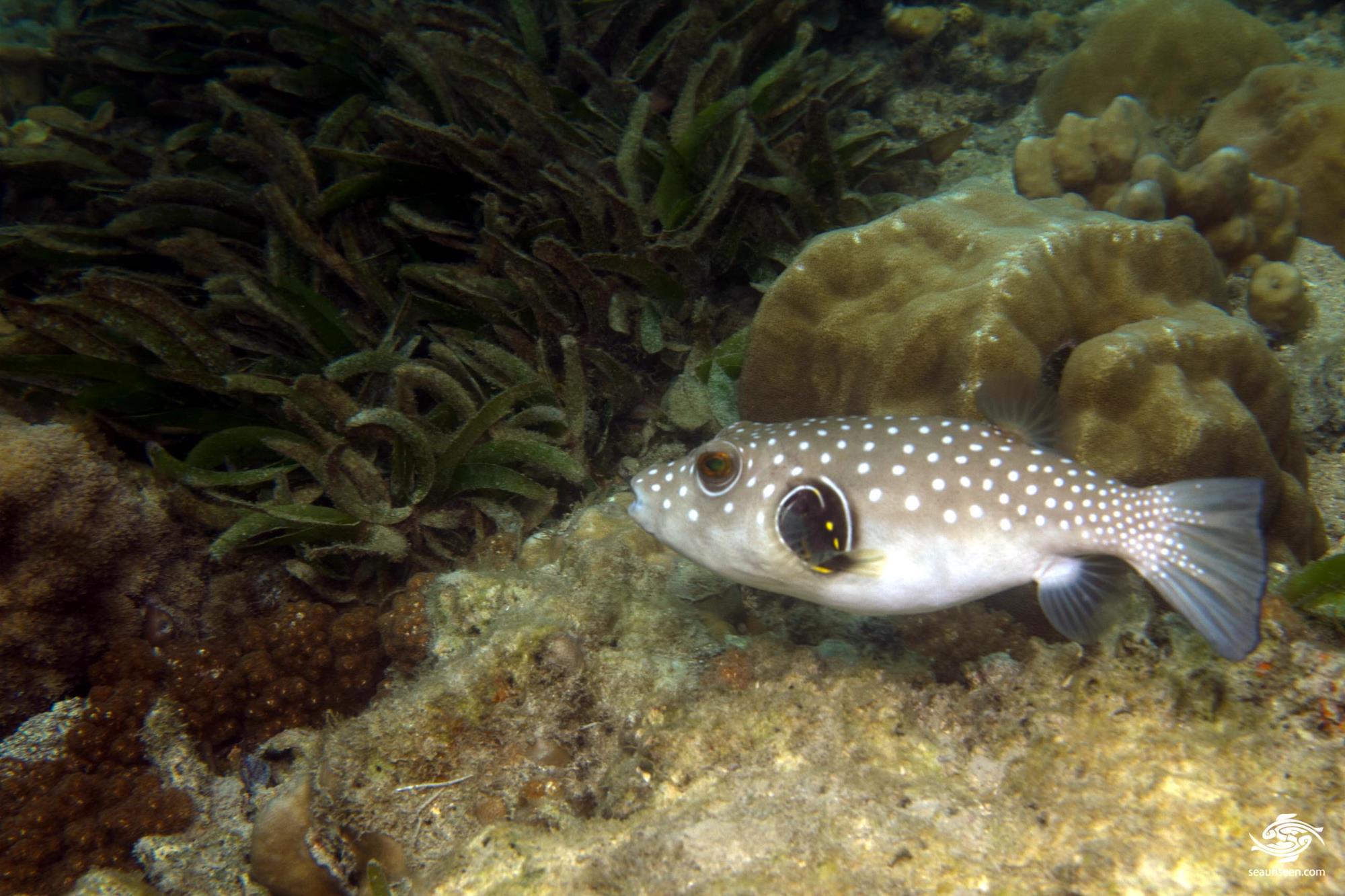 In Japan they are eaten as a delicacy. A “‘Fugu” Chef undergoes three years of training and the whole process is controlled by law in Japan. If the chef makes a mistake it could easily be your last meal which appears to be the attraction for some. 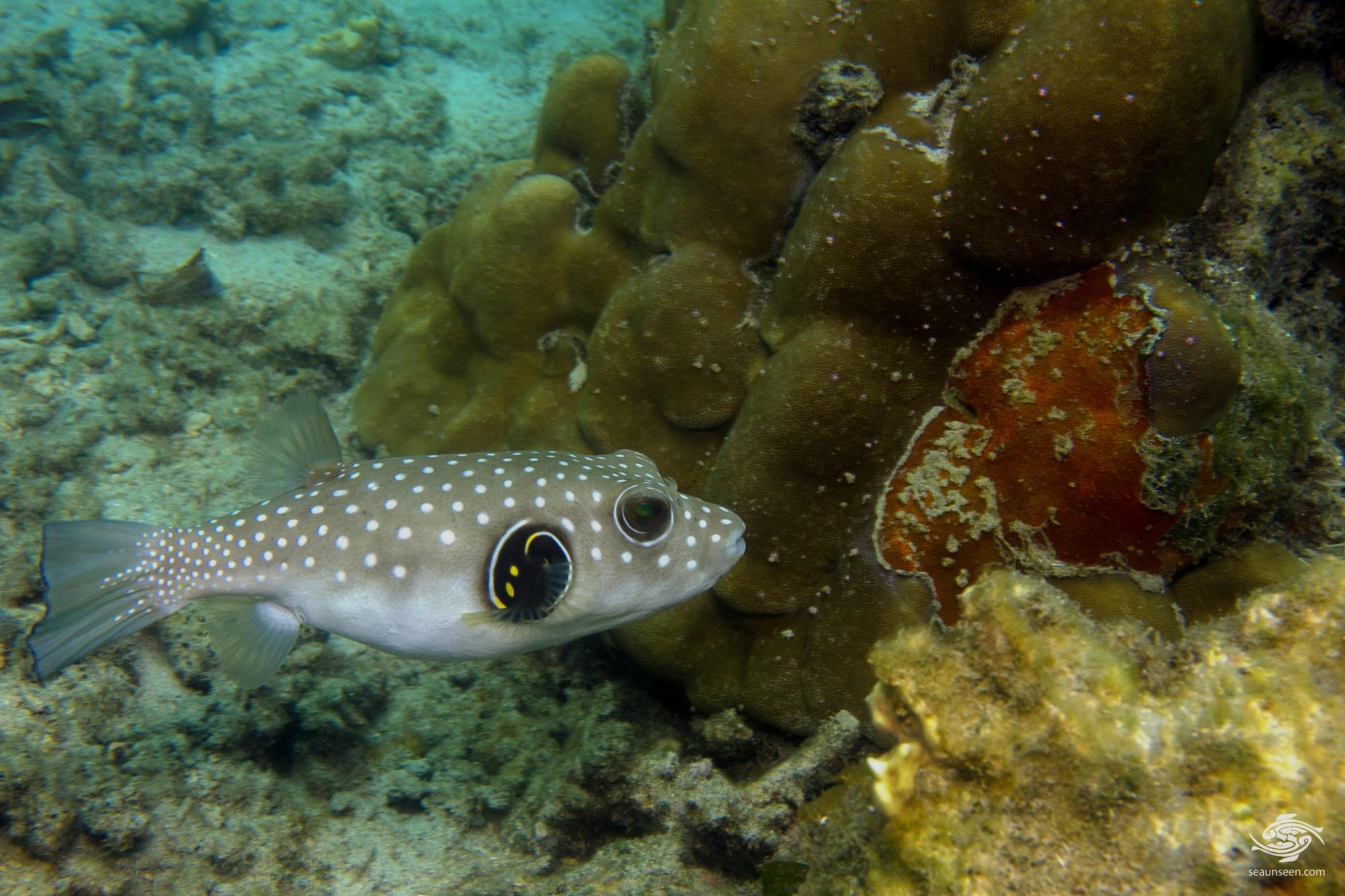 Some aquarists keep them but because of their constantly growing teeth, they require regular feeds on hard stony corals to prevent the teeth from growing too far and becoming unusable. They are not aggressive fish, but may attempt to eat smaller sickly fishes and may nip long finned fishes. Because of their potential size they require a large tank. They will also eat most invertebrates ranging from coral to crustaceans and are not suitable for reef tanks. 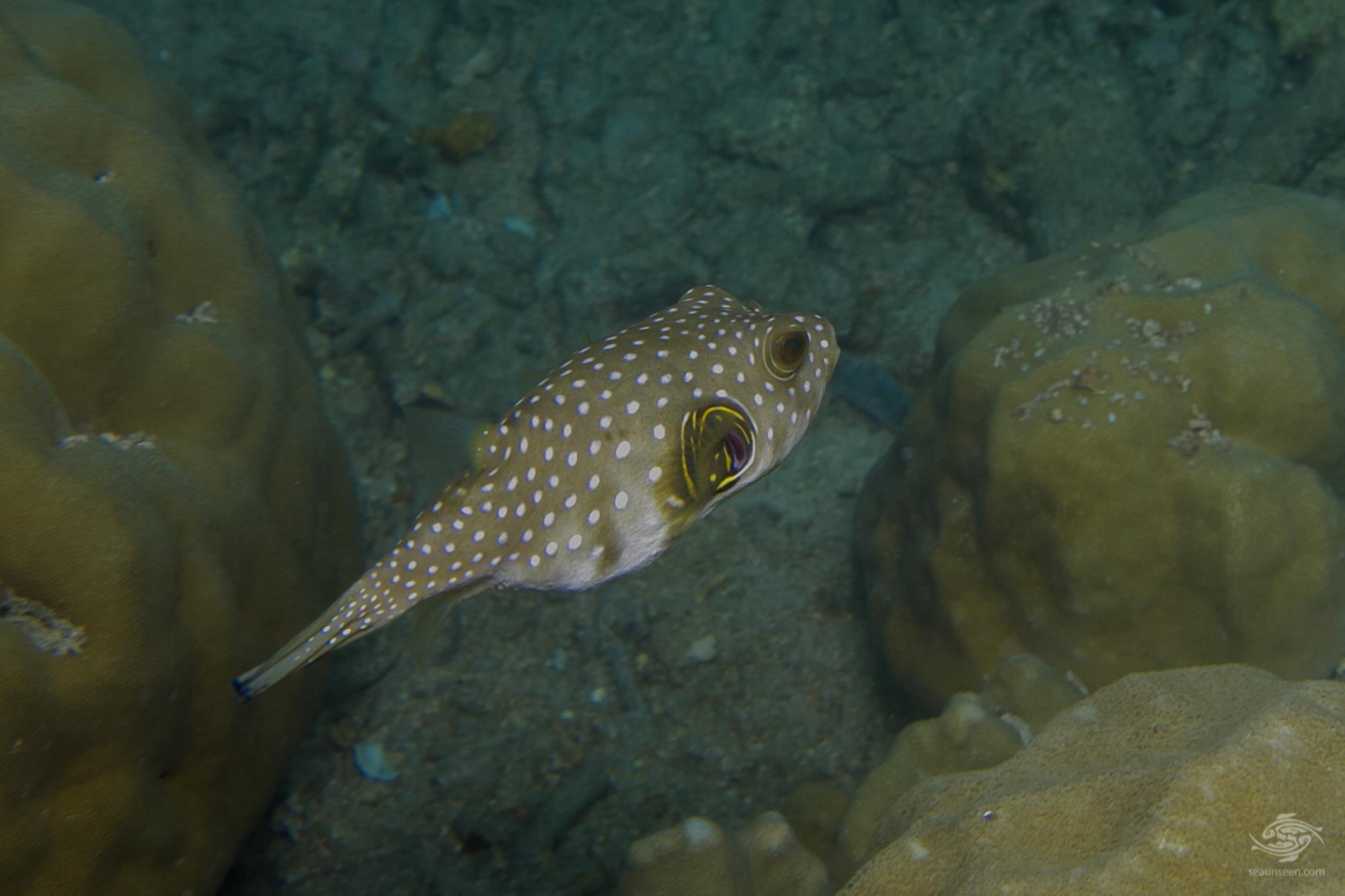