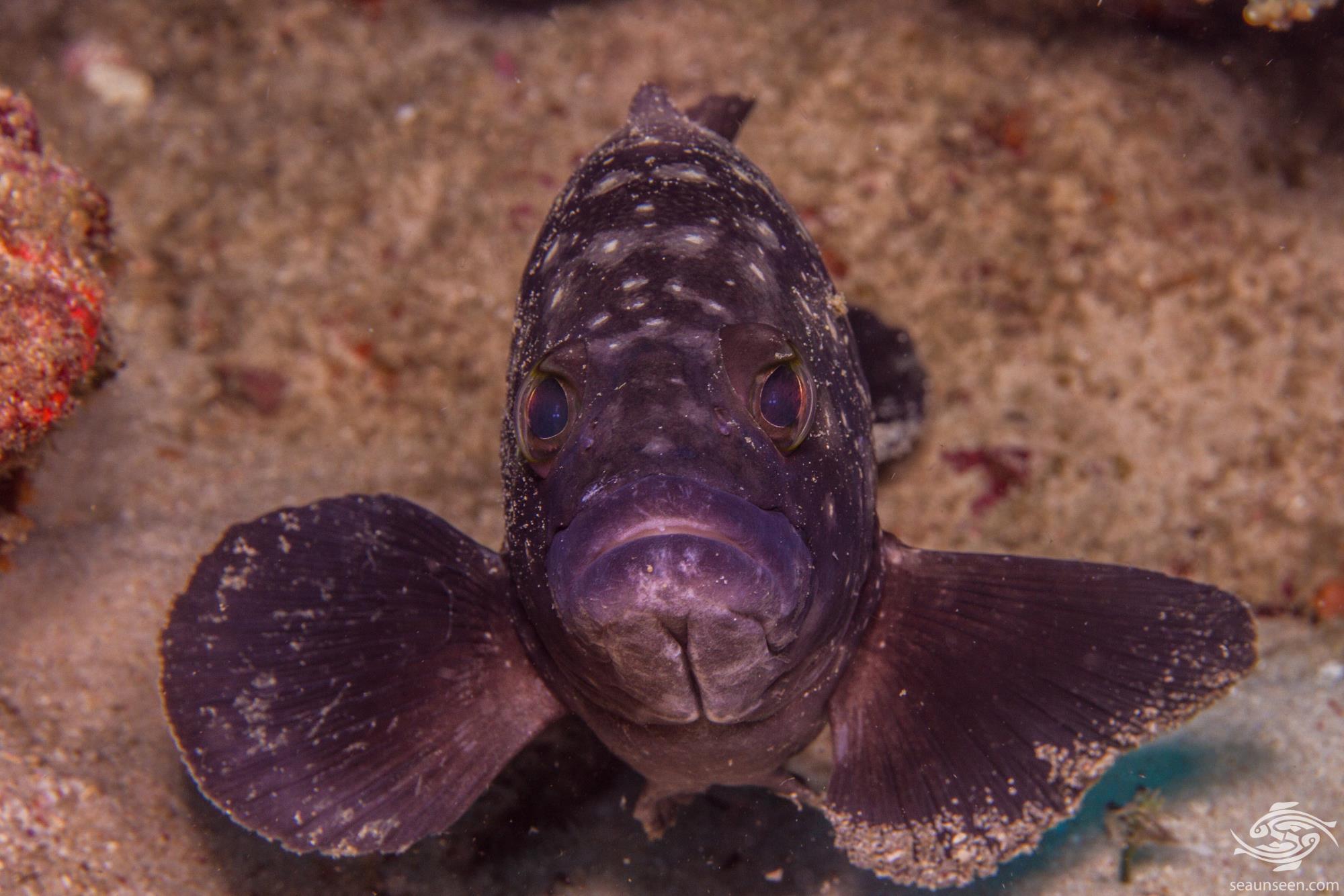 The Whitespotted grouper (Epinephelus coeruleopunctatus) is also known as the White Spotted Rockcod. As can be seen in the images they obtain their name from the white spots across the body. They are fairly common on the shallower reefs in Tanzania. 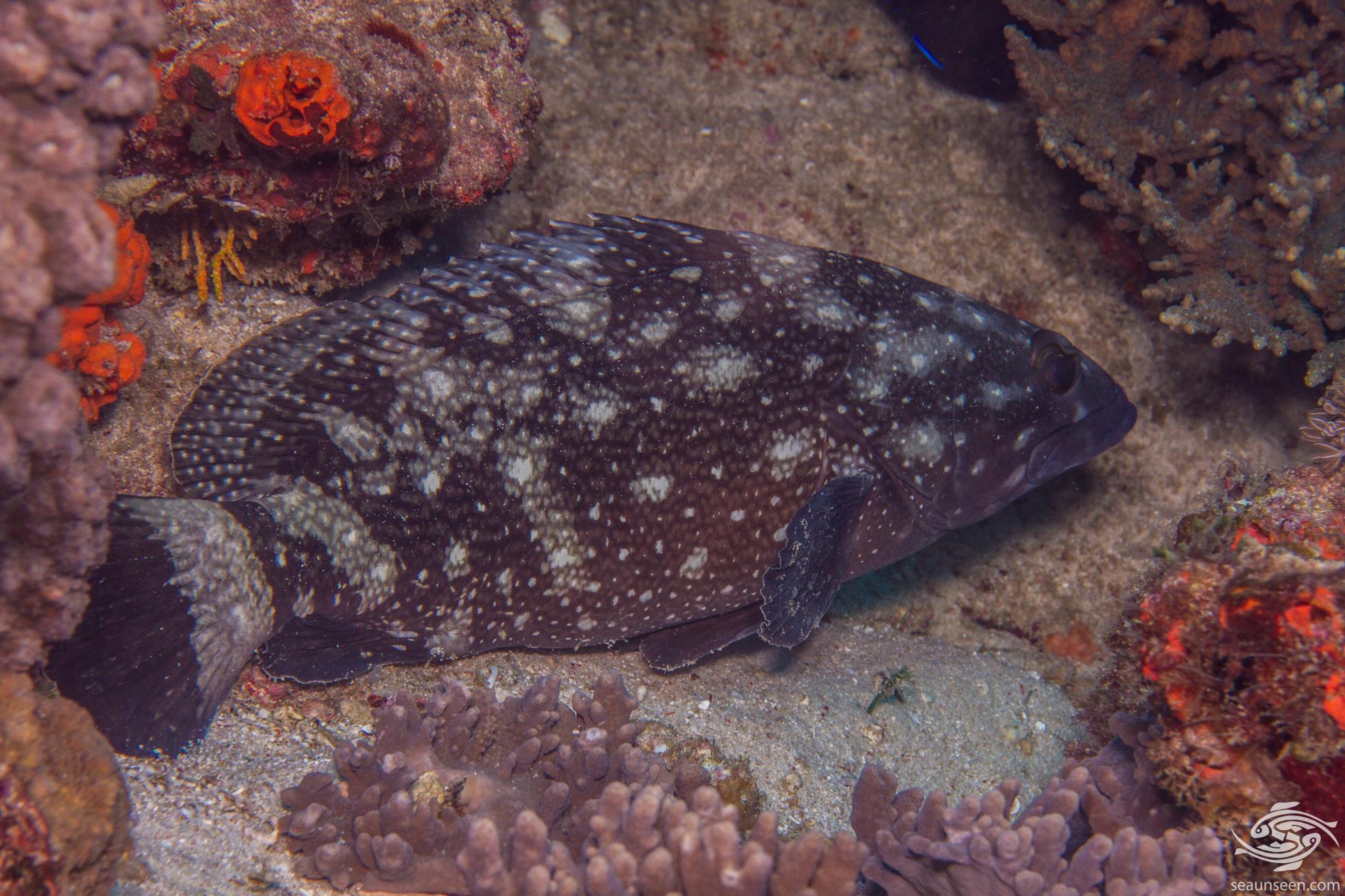 The Whitespotted grouper has a fairly typical grouper shape, slightly less robust than the normal grouper with a pointy head. It’s typical coloration is a light to dark brown  background with large and small white spots across the body. At night the spots appear to change to a yellow color. Their maximum size is 60 cm but they are usually slightly smaller. 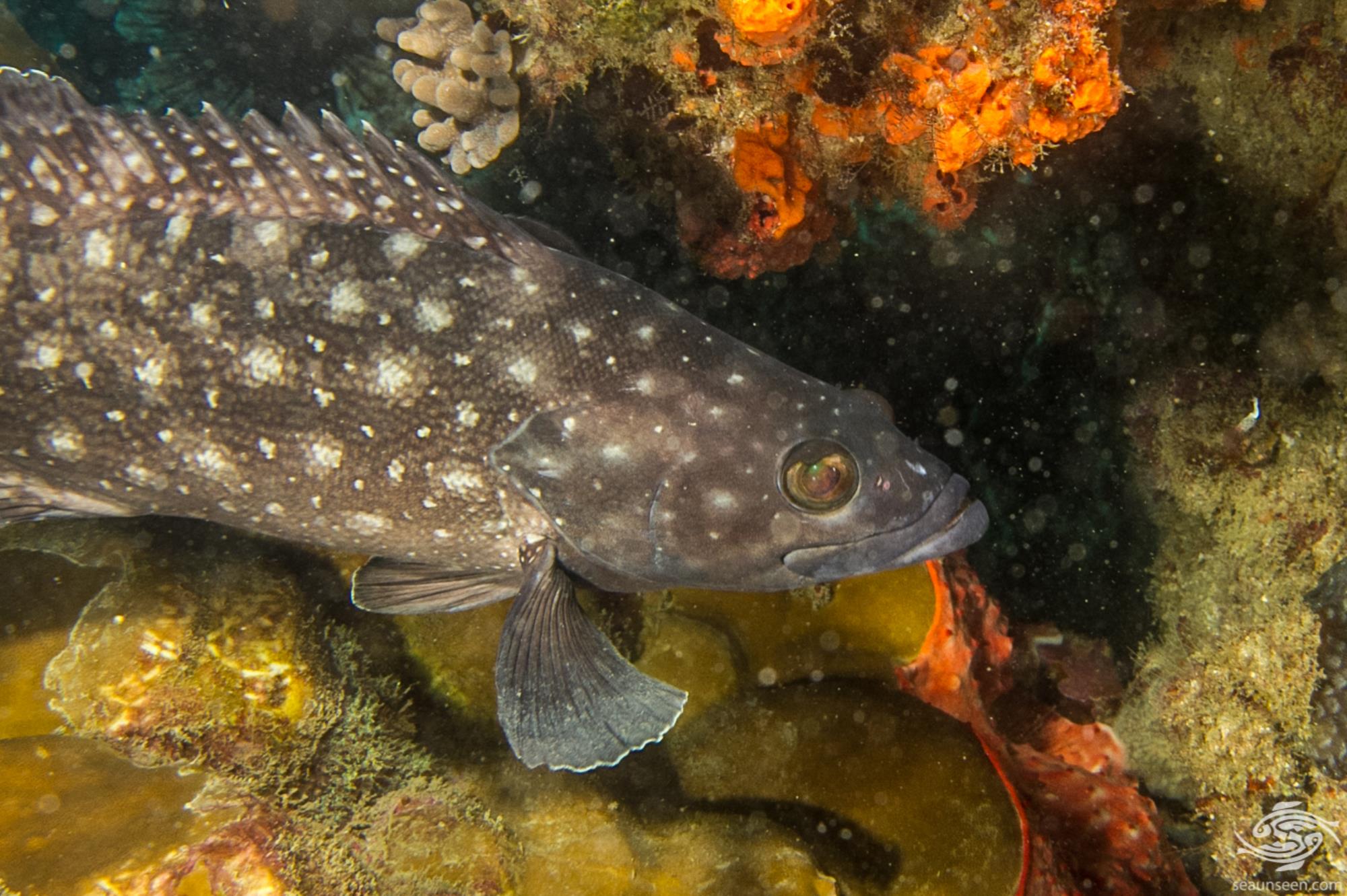 WHITESPOTTED GROUPER IN THE WILD

Whitespotted grouper are ambush predators and their colouration gives them good camouflage. They are usually seen hiding under an overhang in the shadows waiting for passing prey. Occasionally they are seen at a cleaning station getting a clean from the Blue streak Cleaner wrasse. They are usually fairly shy fish, but if there is good cover behind them they can also be quite curious with divers. 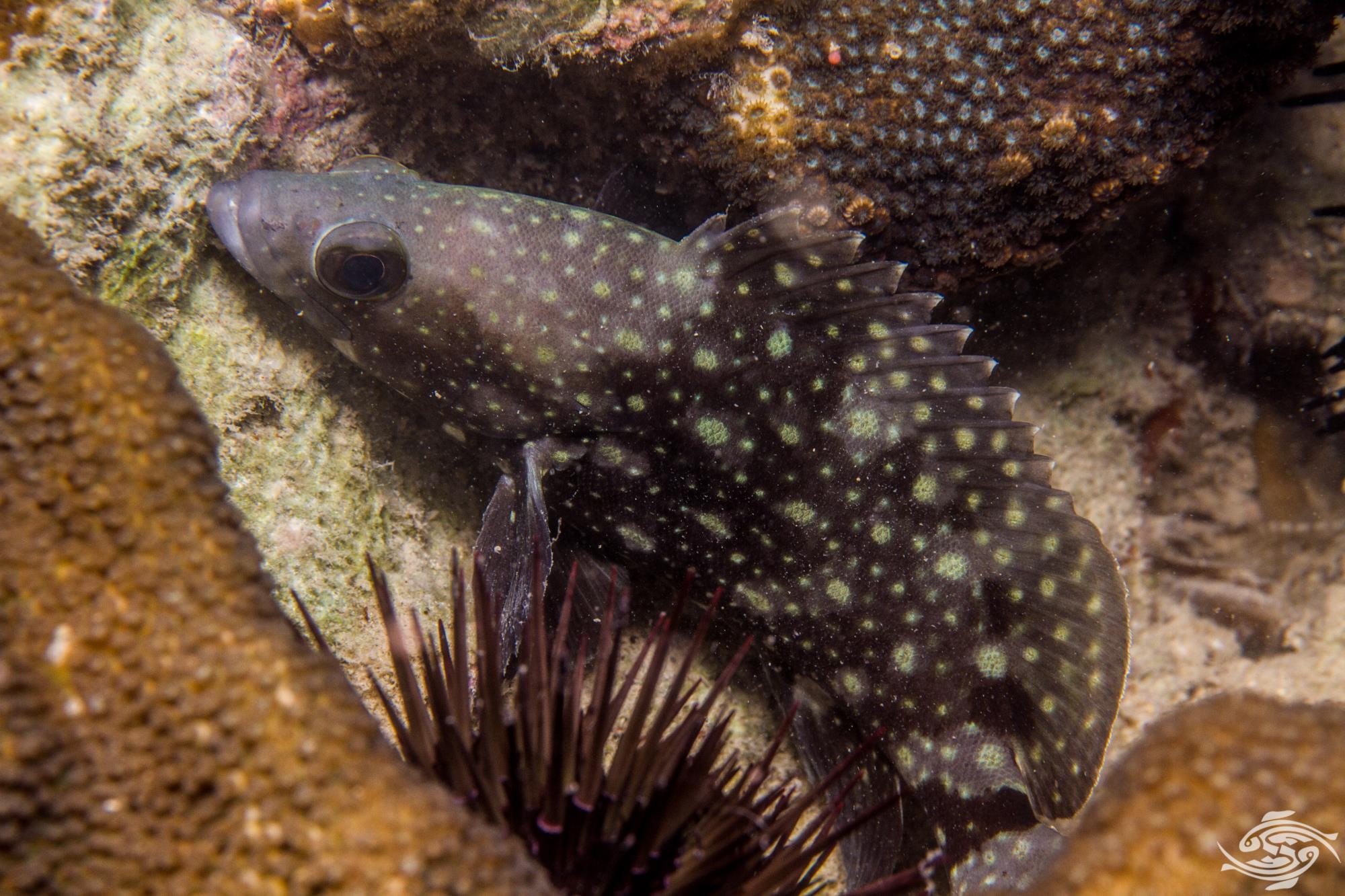 Whitespotted grouper are found all the way up the east coast of Africa from the Eastern Cape northwards to Somalia but are absent from the Red Sea. Their range extends eastwards up to the Persian Gulf and Southern Japan and as far into the Pacific as Tonga and Fiji.  They are typically found on shallow reefs and we have seen juveniles in 1 meter of water and the adults down to at least 20 meters but they have been recorded as deep as 65 meters. 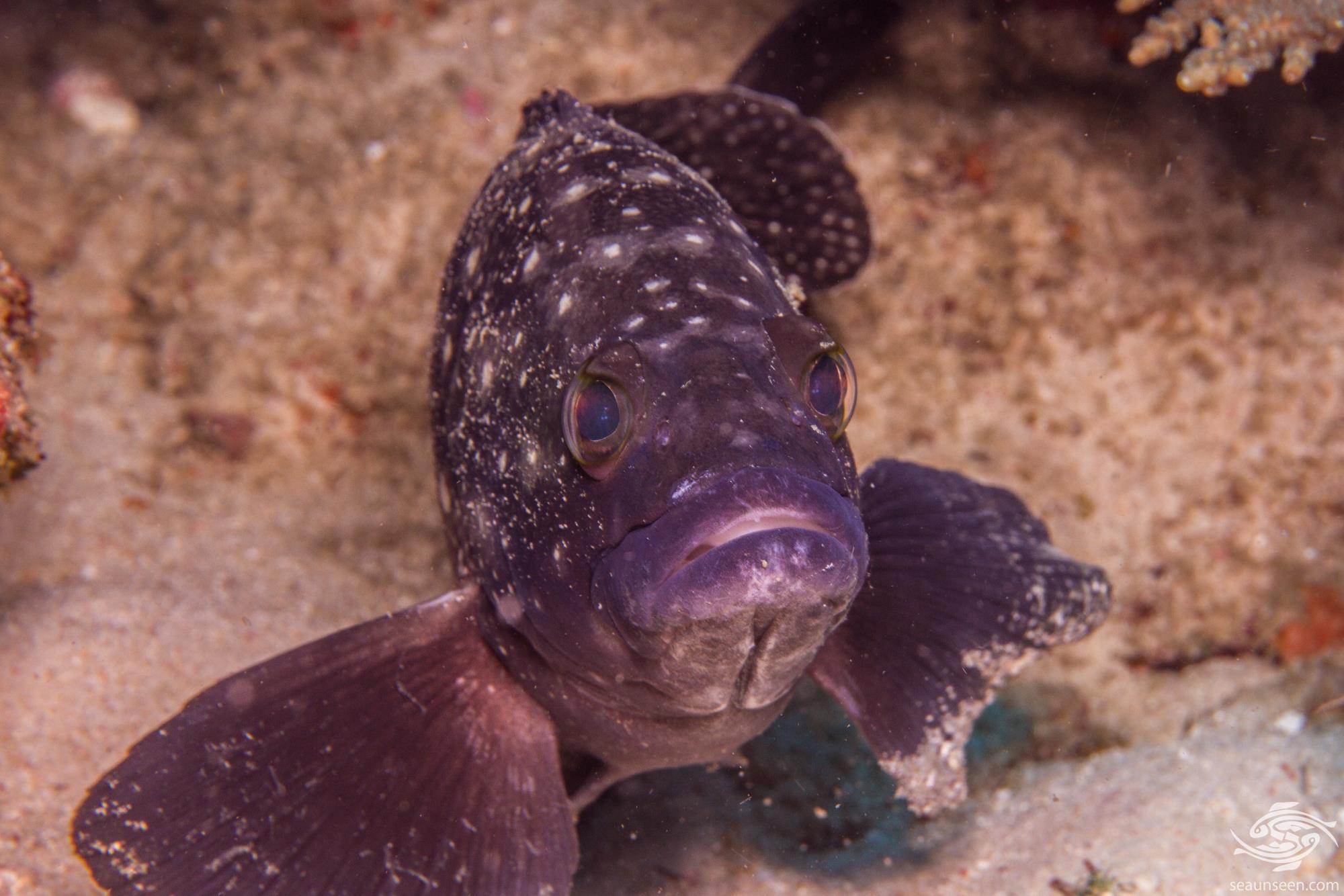 The main diet of the Whitespotted grouper is small fishes and crustaceans.  They are ambush predators who vary their diet according to location and availability and pretty much anything moving that can fit into their mouths they will have a go at. 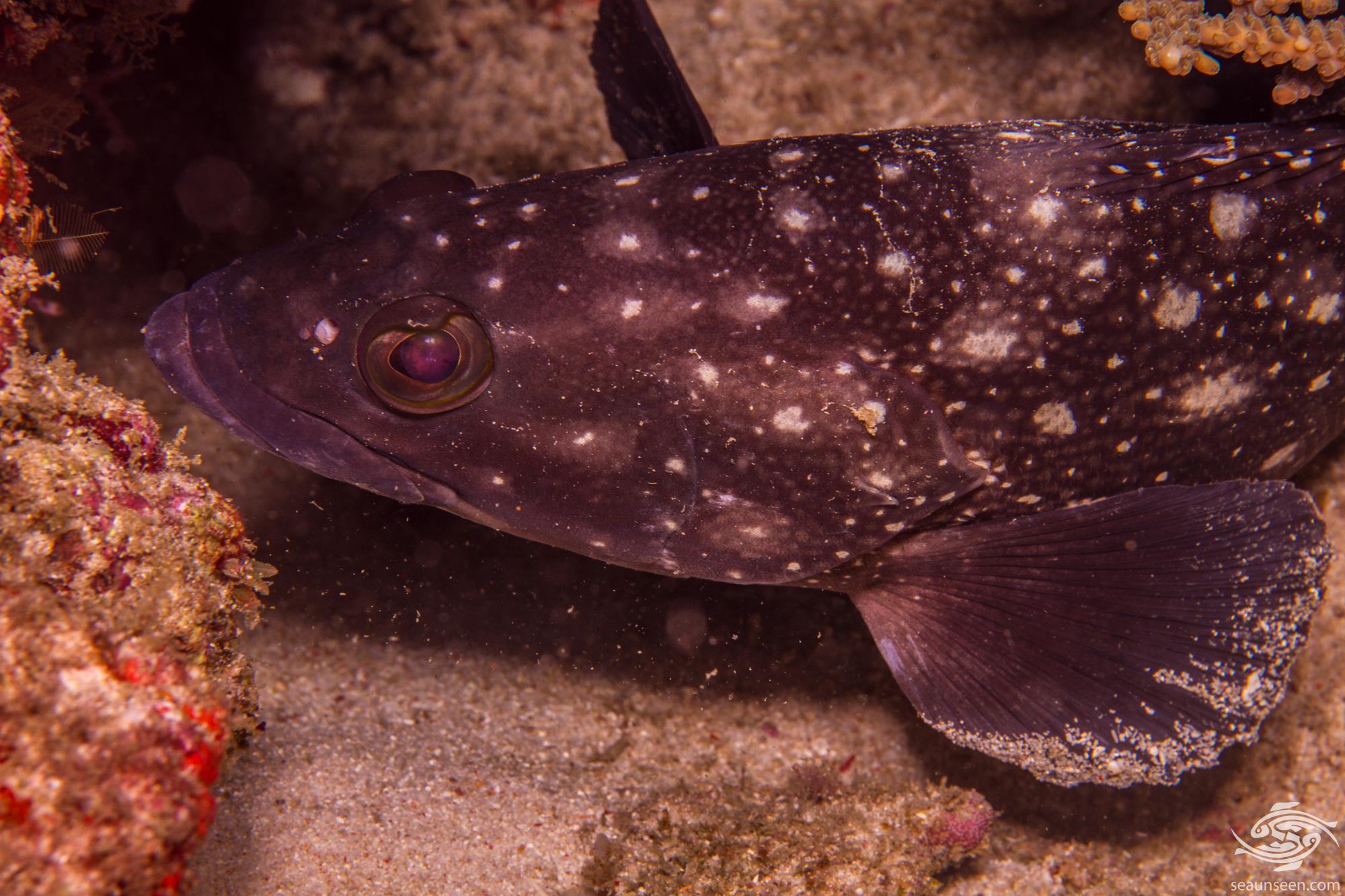 Little seems known about the breeding behavior of Whitespotted grouper fish, there are conflicting views on how this occurs. A study in Indonesia revealed that they are protogynous hermaphrodites and the change from juveniles into females occurs at around 18.3 cm and at around 30.3cm the fish change into males. 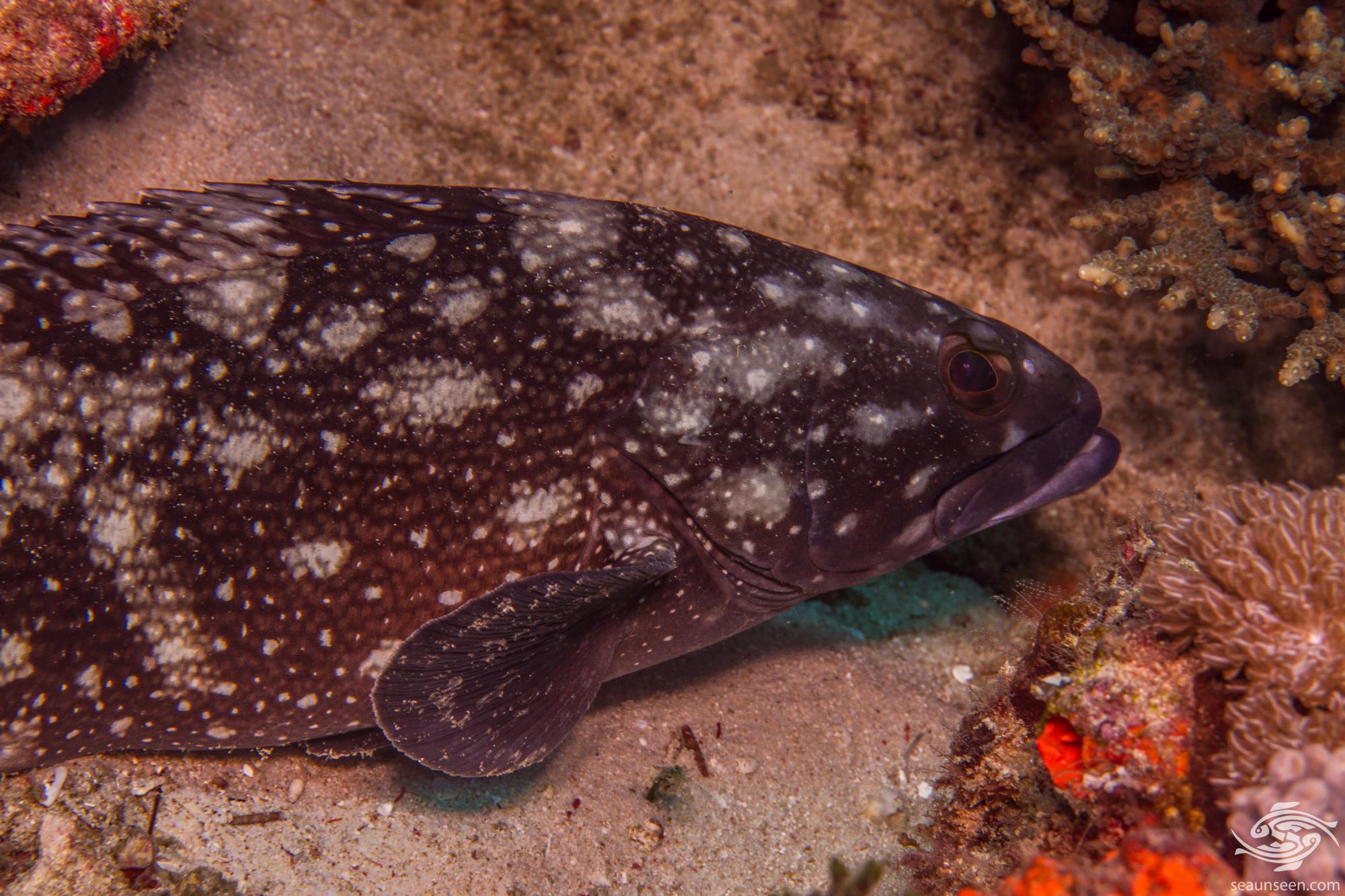 The Whitespotted grouper is  fished by local subsistence fishermen and most inshore areas of the Tanzanian coast are heavily over fished. 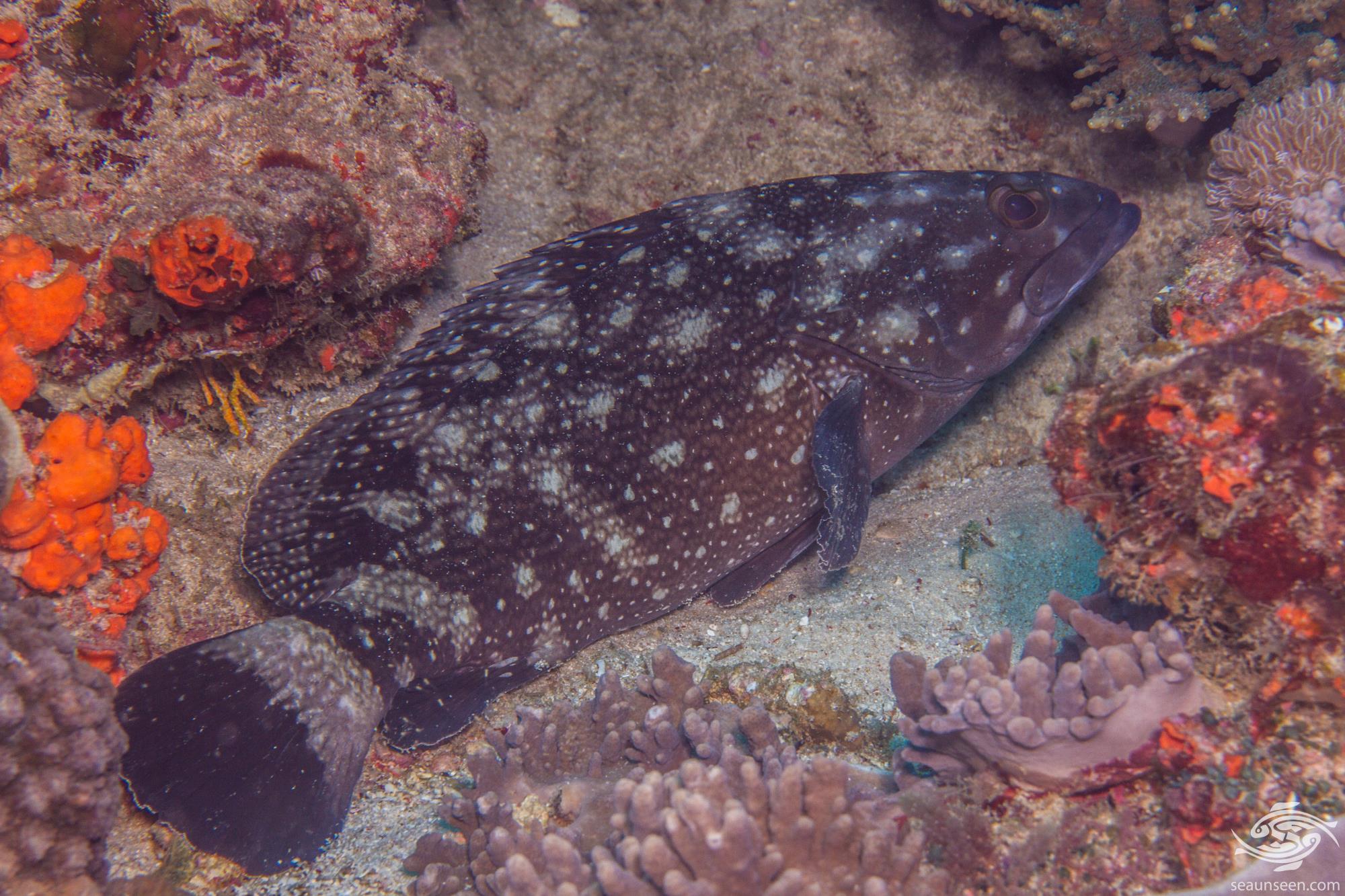 The juveniles being quite attractive and easy to keep are kept by some aquarists in fish only tanks. Because of their potential size of 60 cm they need a large tank. Whitespotted grouper will however eat any fish or crustacean that fits into their mouths, so care should be taken choosing their tankmates. 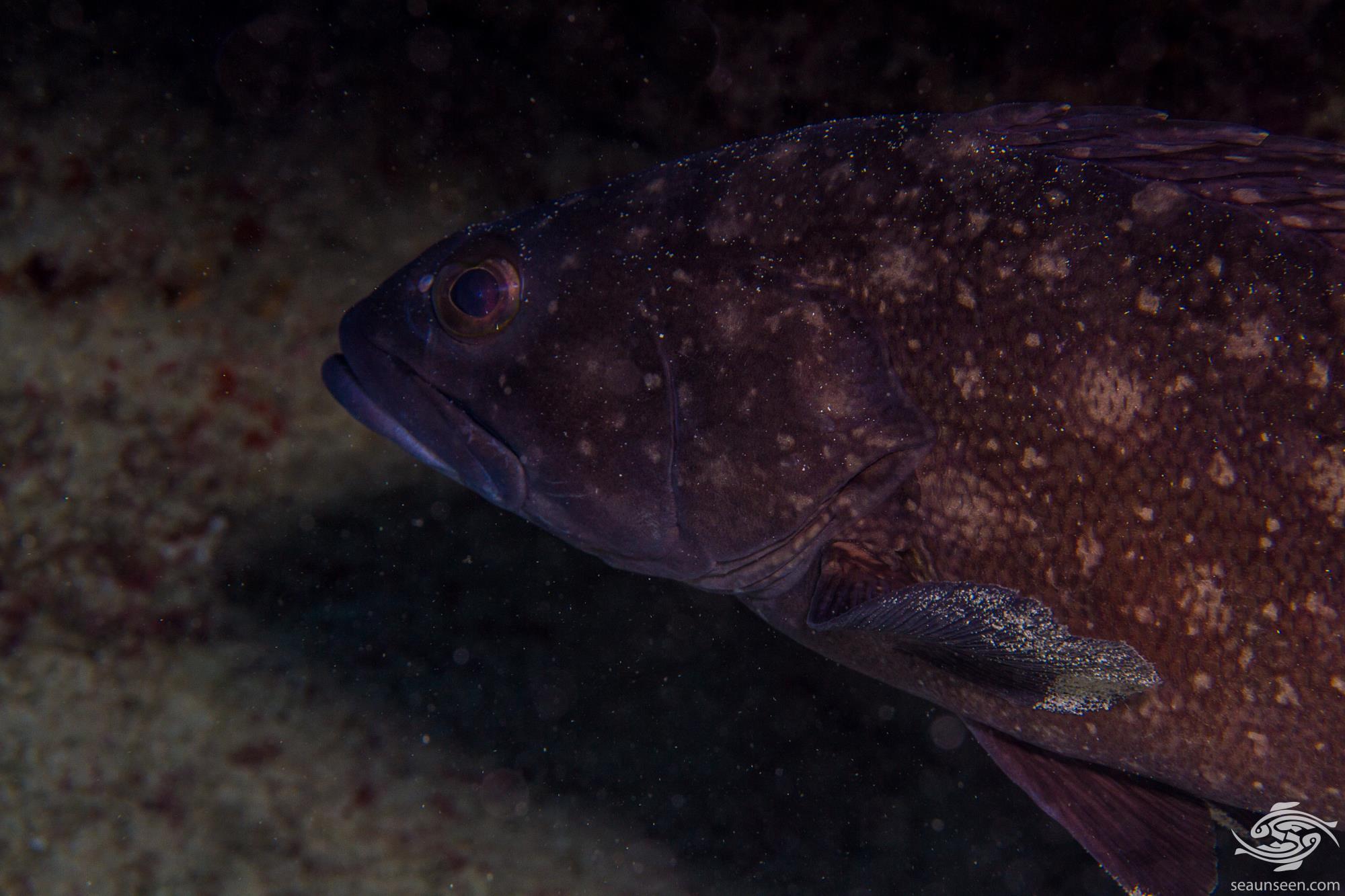