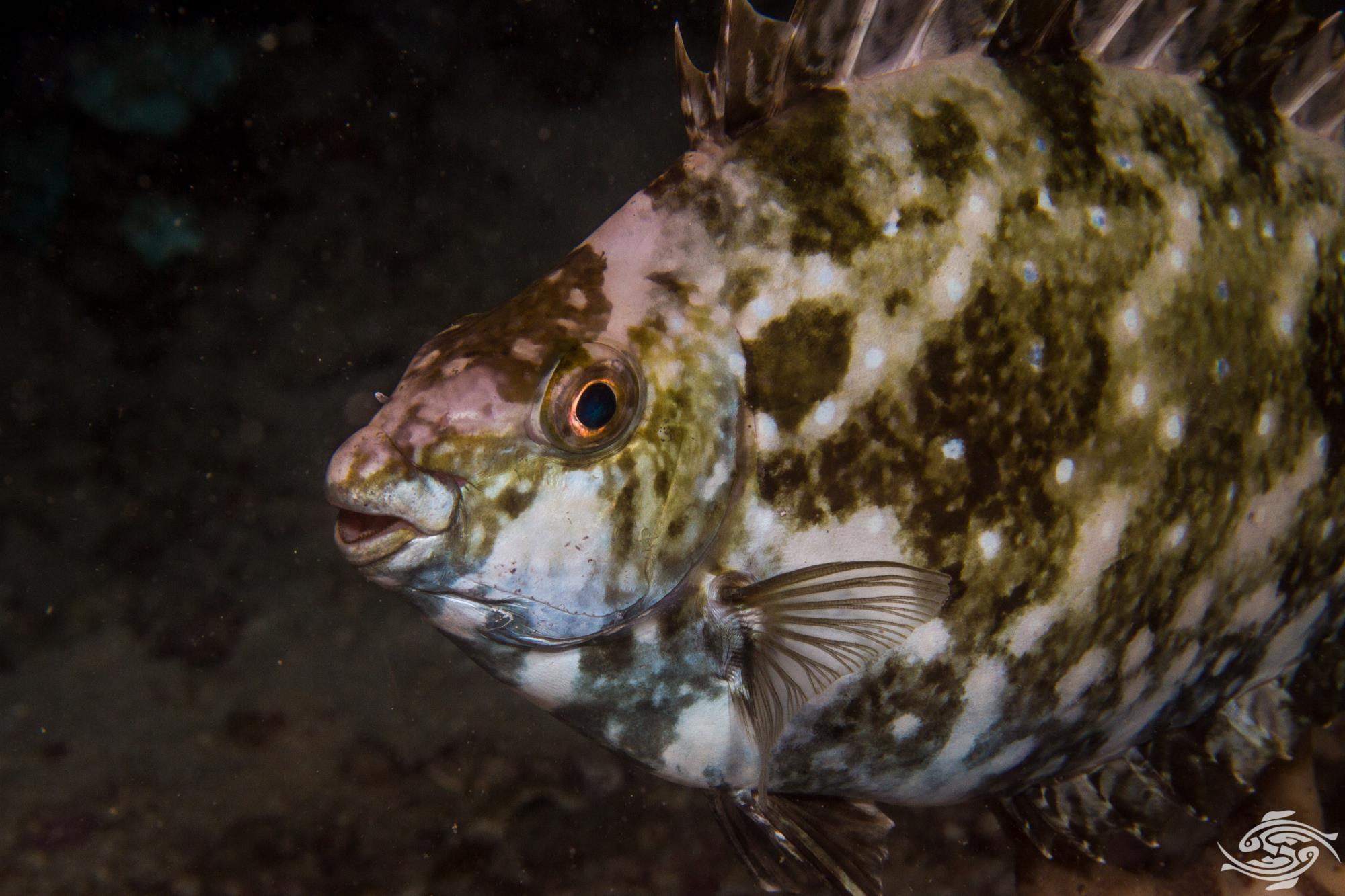 The Whitespotted rabbitfish Siganus sutor is also known as the Shoemaker spinefoot. They have the ability to dramatically change their coloring as can be seen in the video below. 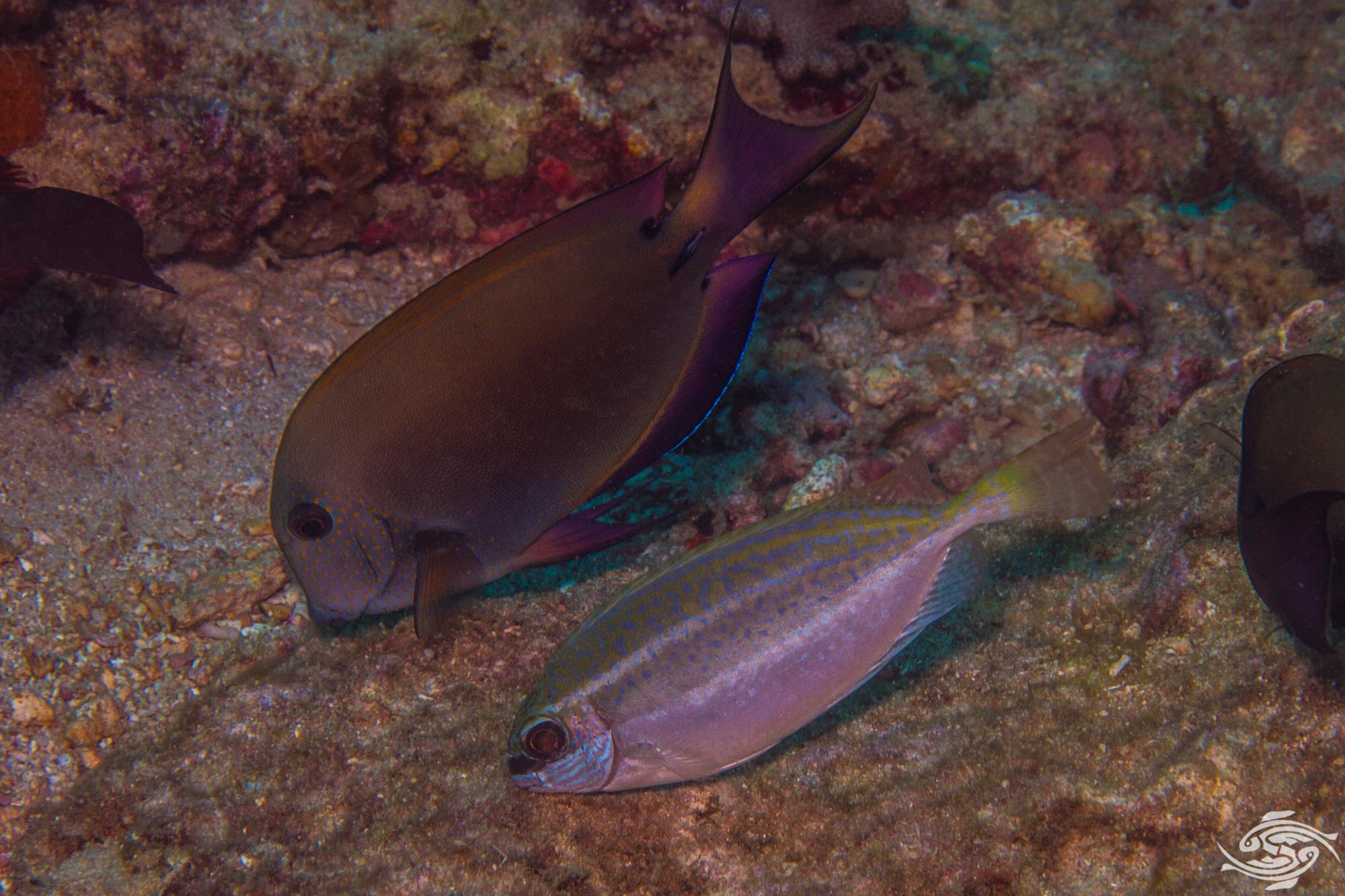 Rabbitfish obtain their name from a superficial resemblance to Rabbits, having large eyes and a small mouth. Personally the resemblance is hard to see but the name is there. The Whitespotted Rabbitfish has a roughly oval body with a pointed mouth. During the day the body is usually a silver color with white dots. Sometimes there are blue dots within the white dots. At night the fish is a mottled green or grey color. As can be seen in the video below, they have the ability to instantly change between these two colorations. They seem to grow up to 25 cm in Tanzania, but this size is rare.

The Whitespotted Rabbitfish is normally seen swimming low over the reef or rubble areas in-between.  In Tanzania the adults have become a fairly rare sight due to overfishing. Often the juveniles are seen swimming in grassy beds. Occasionally adults are also seen in grassy beds. When threatened they raise their dorsal fin for protection.

The juveniles are often seen swimming with juvenile Parrotfish. The smaller specimens stick to grassy beds and have a green tint to them as can be seen in the image below. 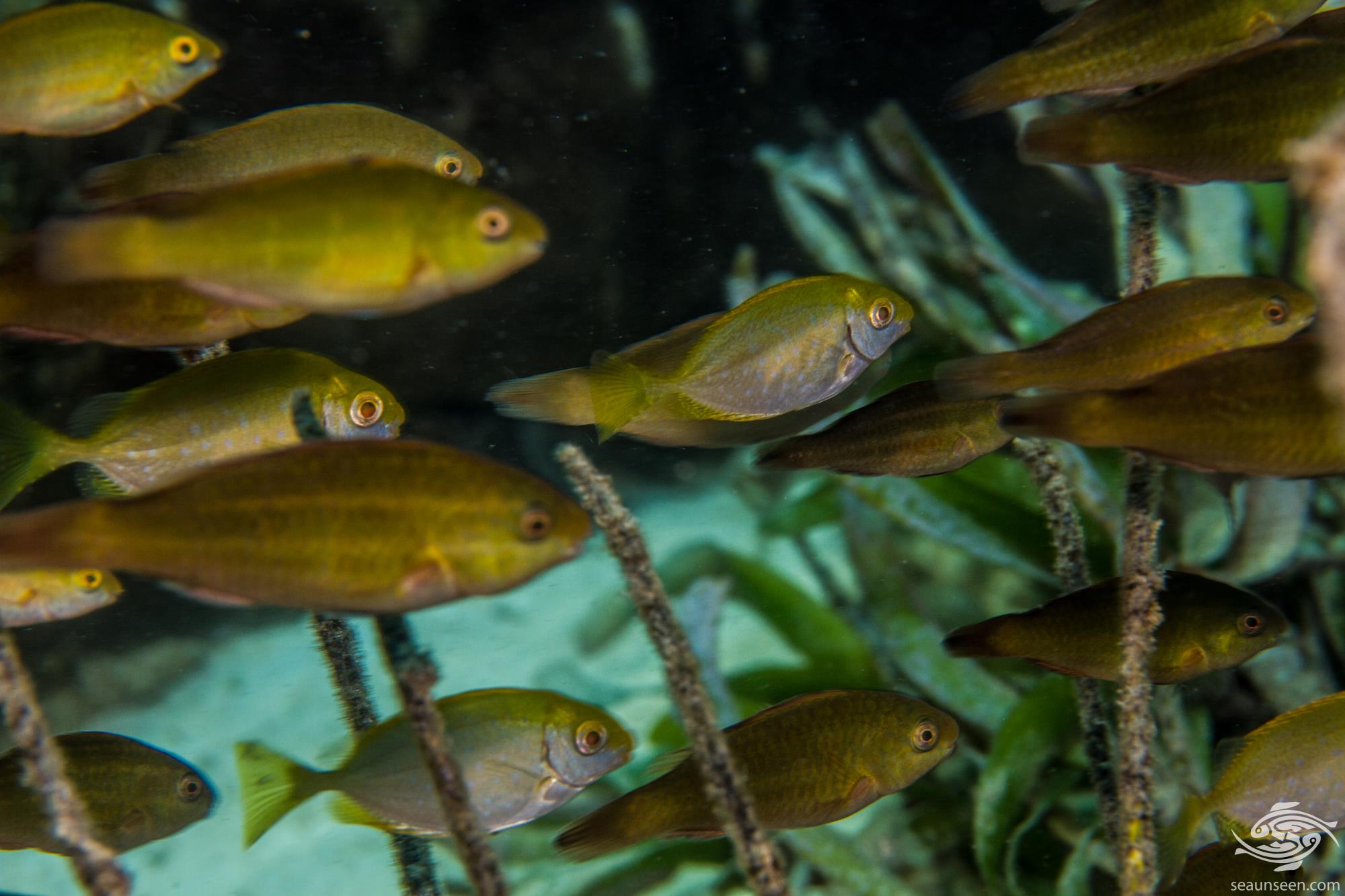 At night the juveniles can be found in sea grass and are quite attractive looking , as can be seen in the image below. 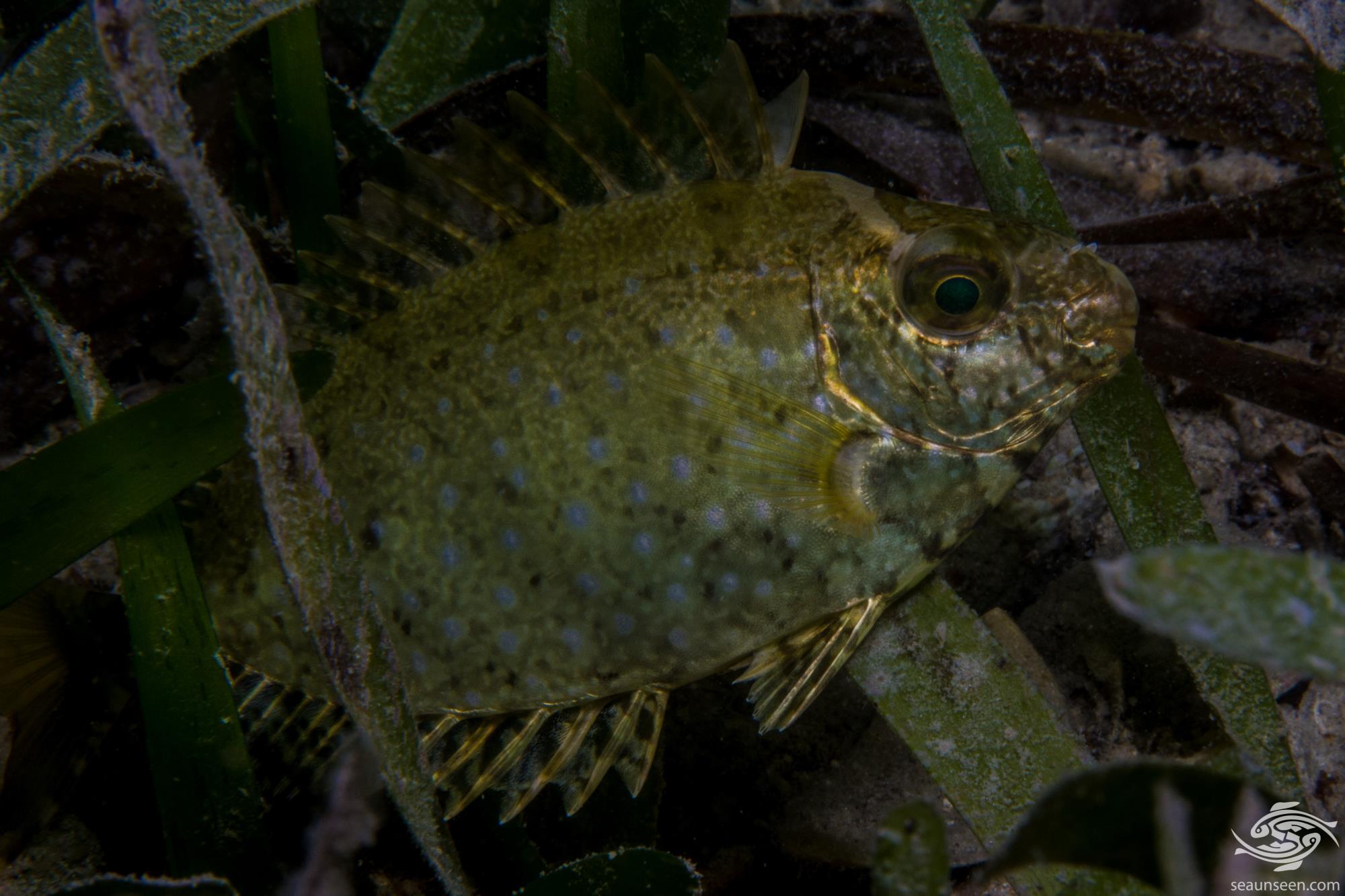 During the day the adults often feed with Parrotfish giving them some protection in the shoal. The colour variation can be seen with the specimen in the background having a silver colour and the other closer specimen having a darker coloration. 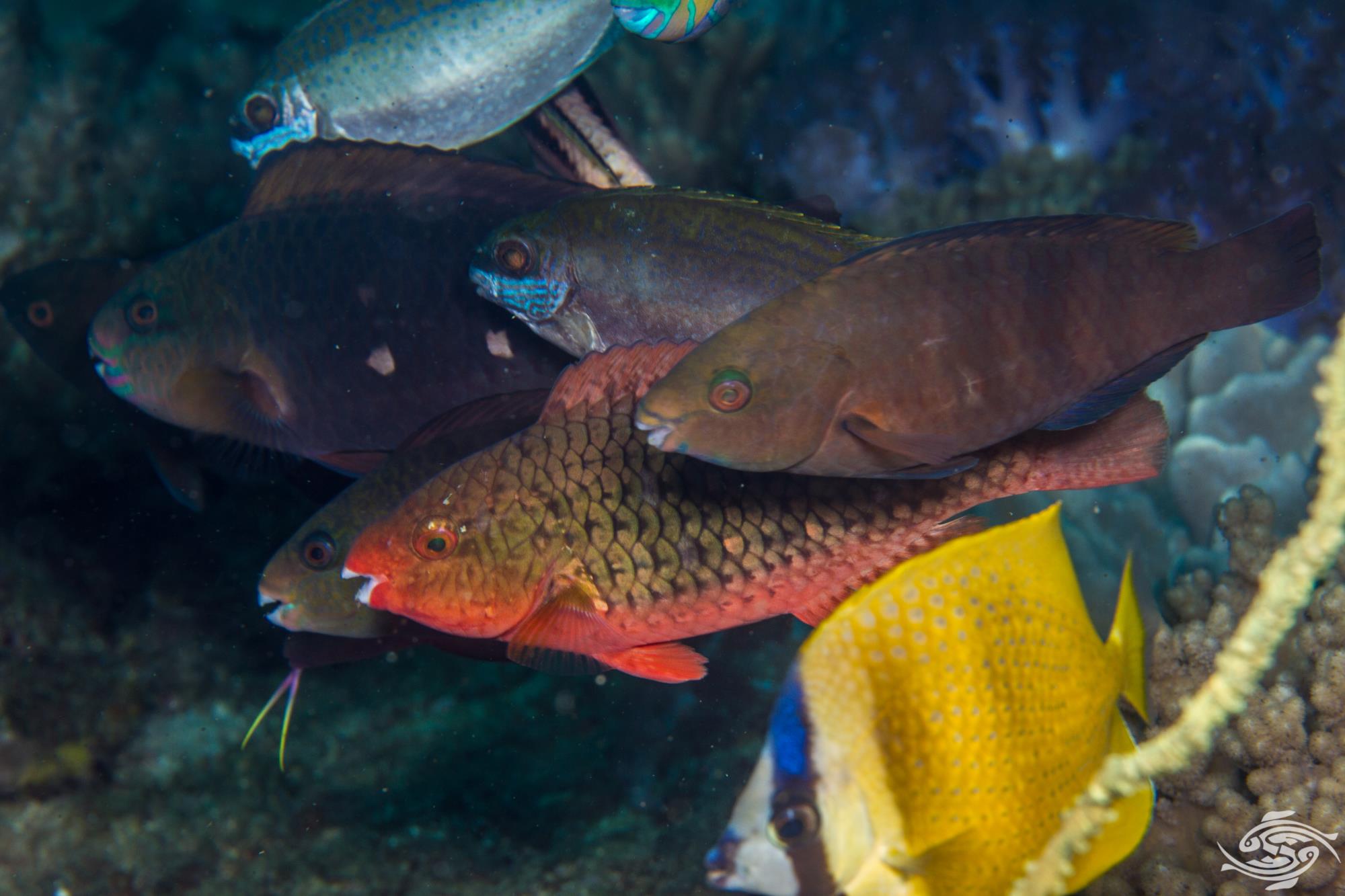 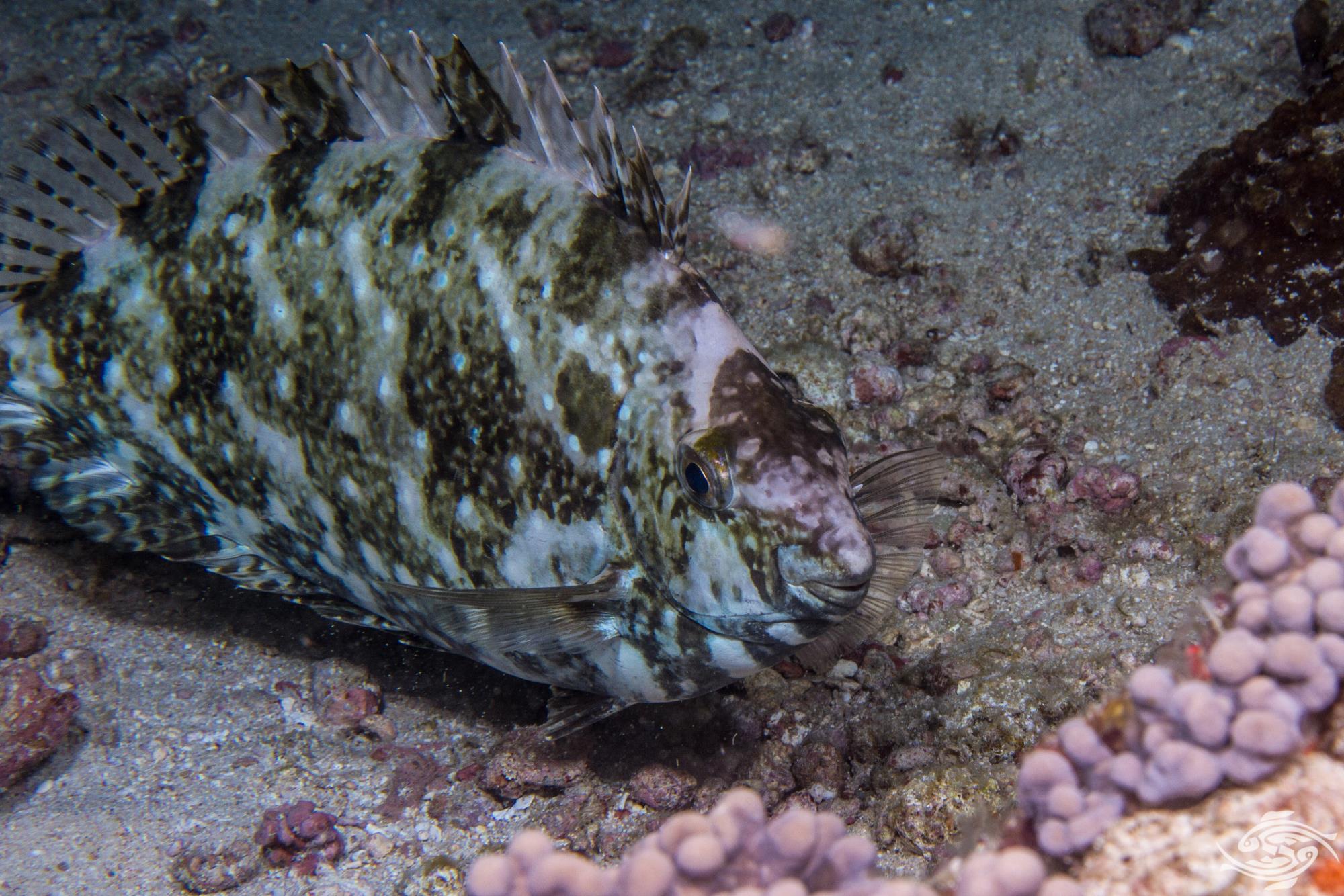 The White Spotted Rabbitfish are diurnal feeders, however they are often seen out in the open on night dives off the Tanzanian coast. It is uncertain whether they are feeding or not. All the other species of rabbitfish seen at night are in hiding. They feed mainly on benthic algae. These benthic algae are collected by local fishermen in Tanzania and Kenya and are placed in fish traps as bait. This can be seen in the image two down.

Research done in Kenya indicates that the White Spotted Rabbitfish forms aggregations on offshore reefson the full moon and that spawning occurs during these aggregations. 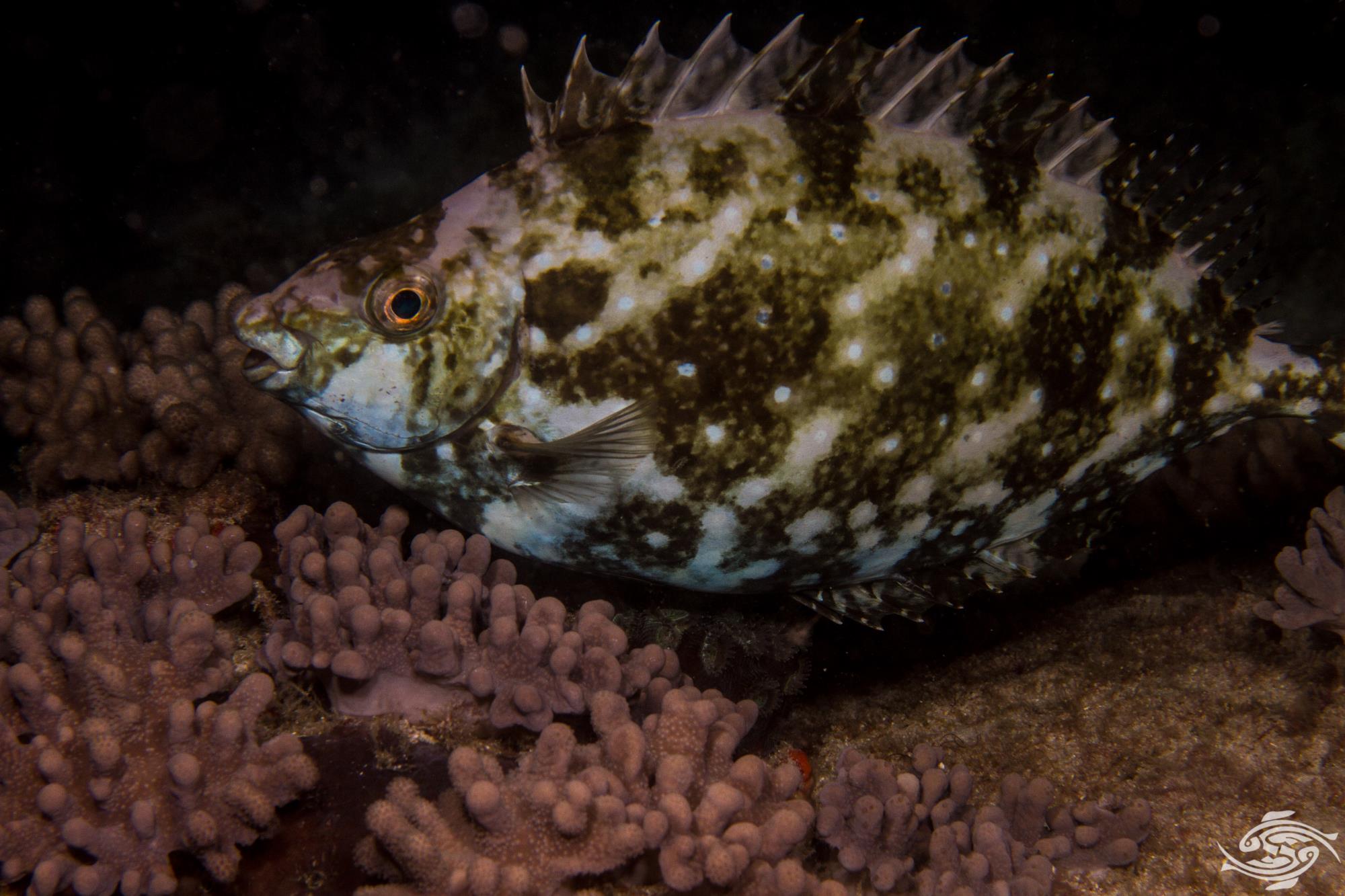 The Whitespotted Rabbitfish is one of the most important catches for local fishermen in both Tanzania and Kenya. They make up 85 % of the fish catch in traditional basket fish traps in Tanzania. This heavy drain has dented the population levels on much of the Tanzanian coast. Although there is either a 3 or 5 cm size hole in the fish traps which should allow juveniles to escape, the more mature fish are a rare sight these days. They are also caught by dragging seine nets across the bottom which causes great damage to the reef and rubble areas. 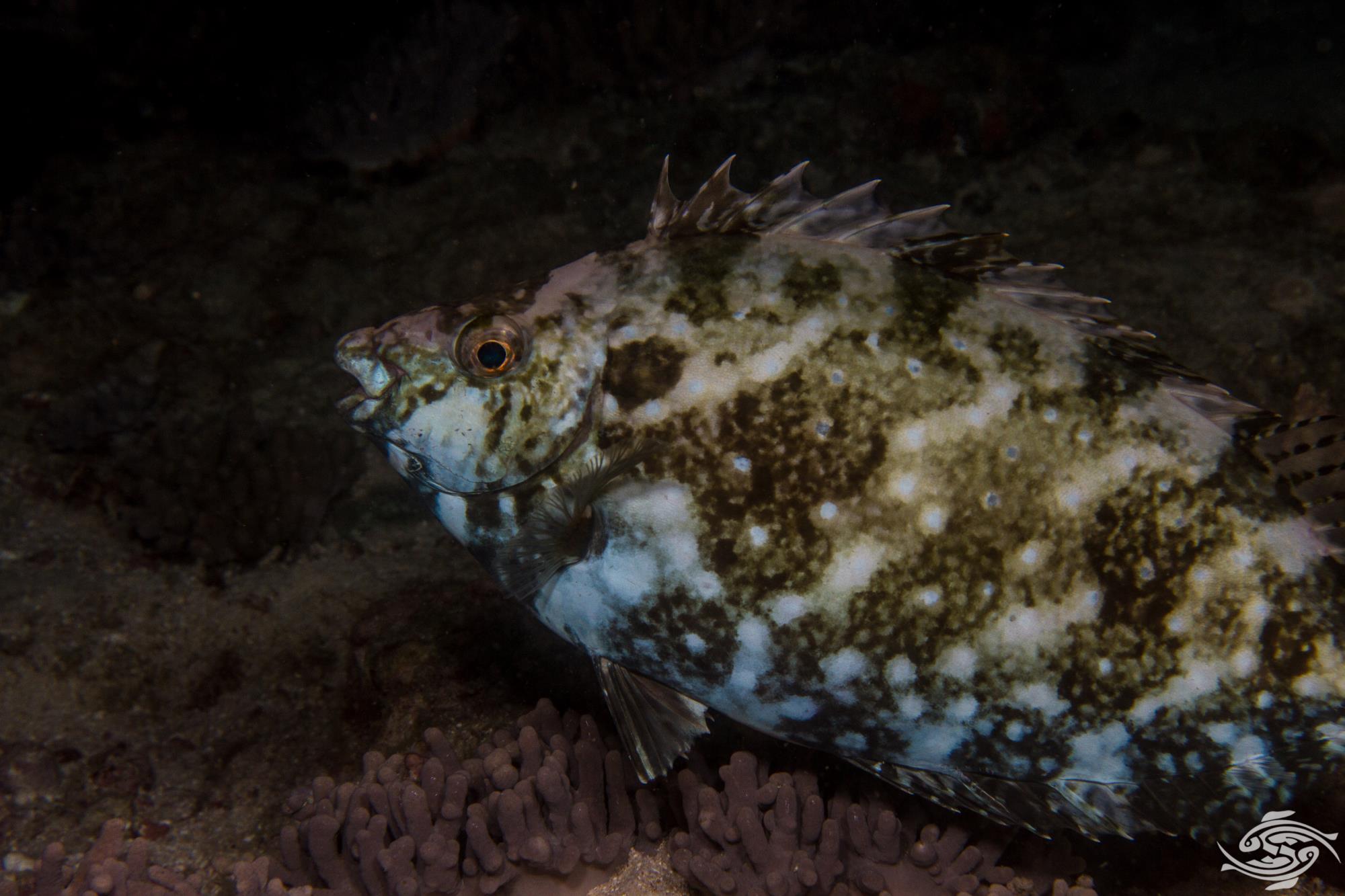