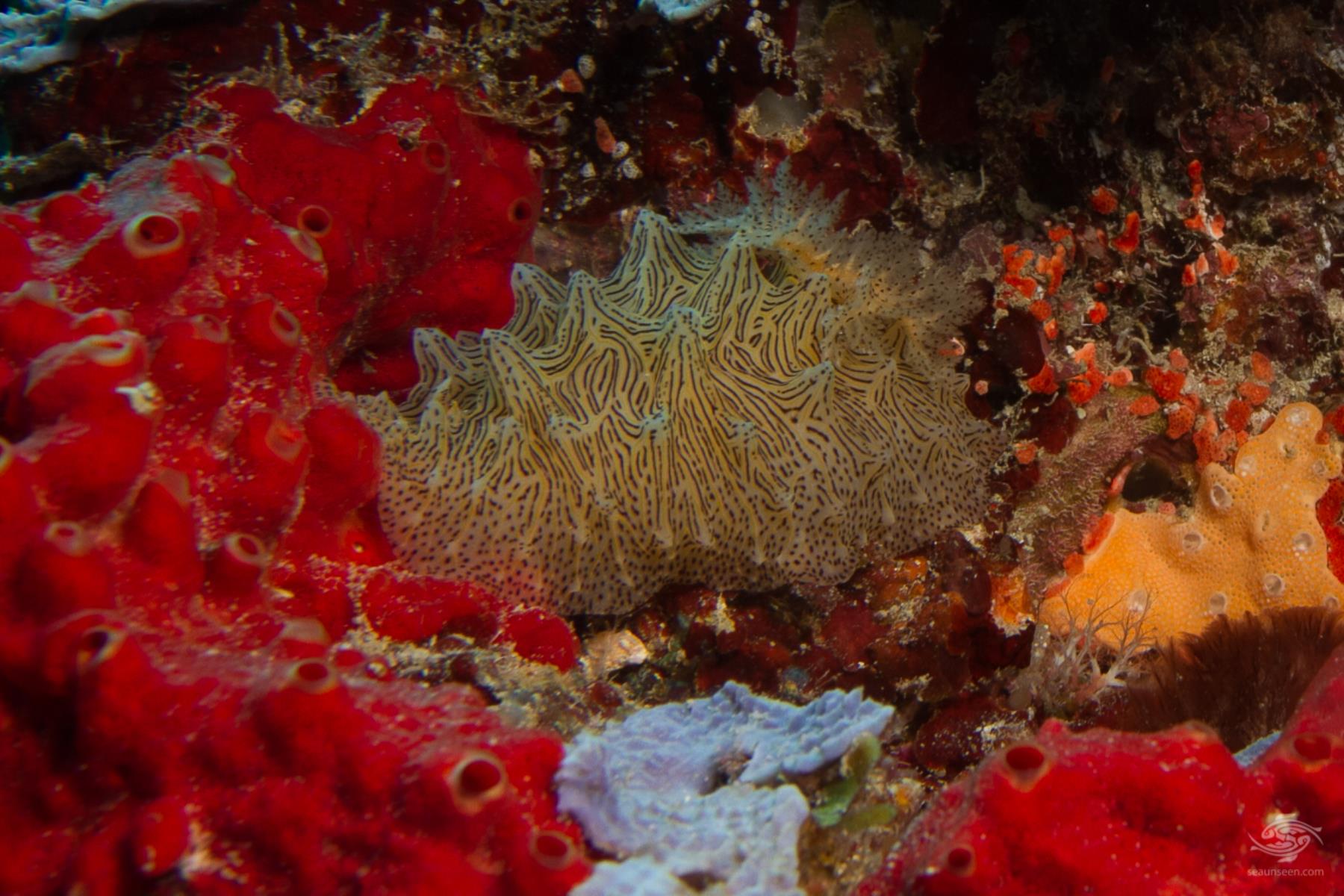 Willey’s halgerda, Halgerda willeyi is a dorid nudibranch. As with other nudibranchs, they are shell-less marine gastropod mollusks. To make up for the lack of protection from not having a shell, they are highly poisonous.

They are a fairly large species of nudibranch usually growing up to 70 mm. The one pictured in the images might have even been slightly larger. They have a translucent light brown body with dark brown lines radiating out from the tubercles and ridges. The rhinophores have dark brown dots on them and the gills are also covered in dark brown dots. 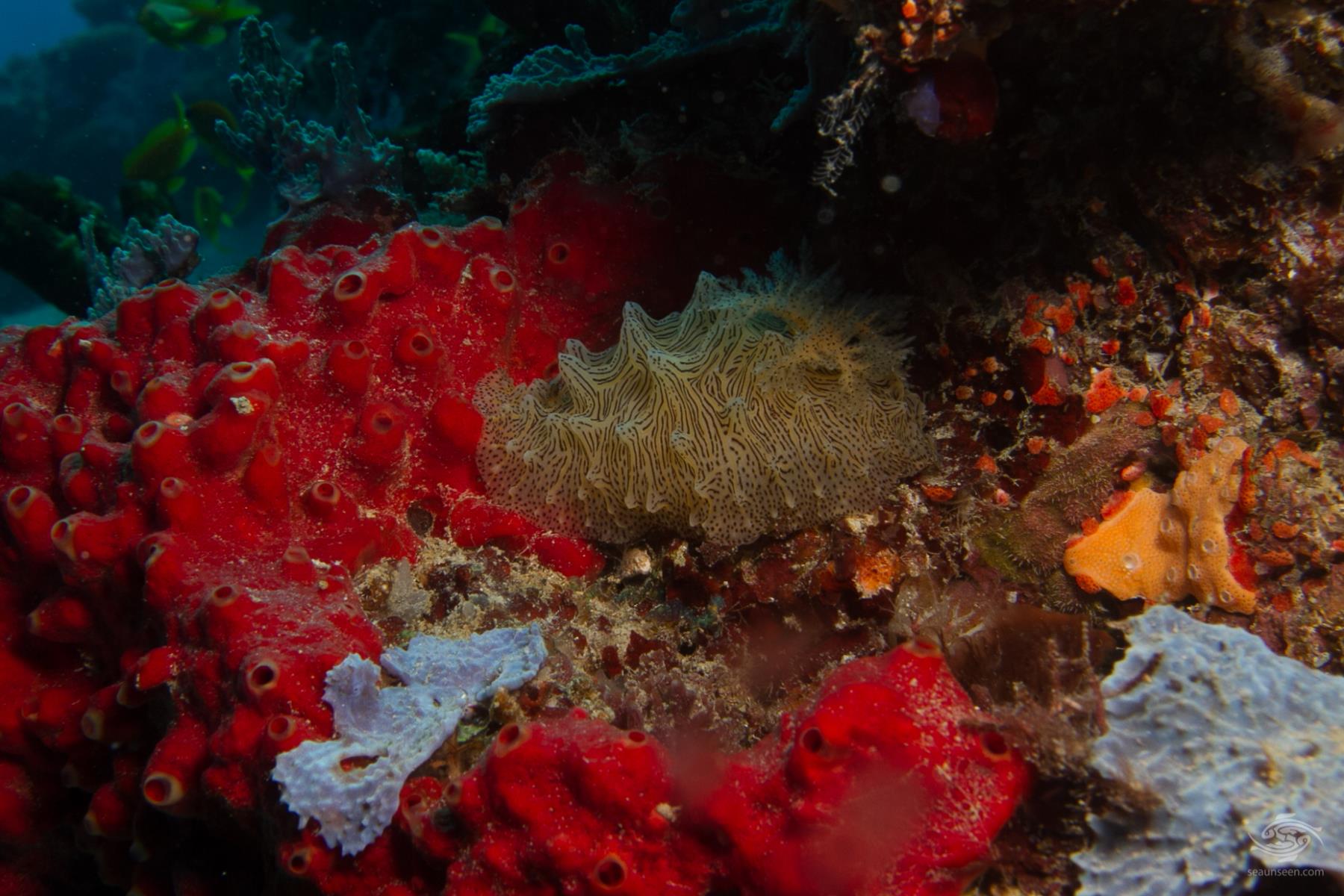 Willey’s halgera are fairly rare and are not commonly seen. They are colorful and having no shells, rely on their poisons for defense.

The Willey’s halgerda  is found across the Indian ocean and Pacific oceans, including the Red sea. They are usually seen on coral reefs feeding on sponges up to a depth of 20 meters. 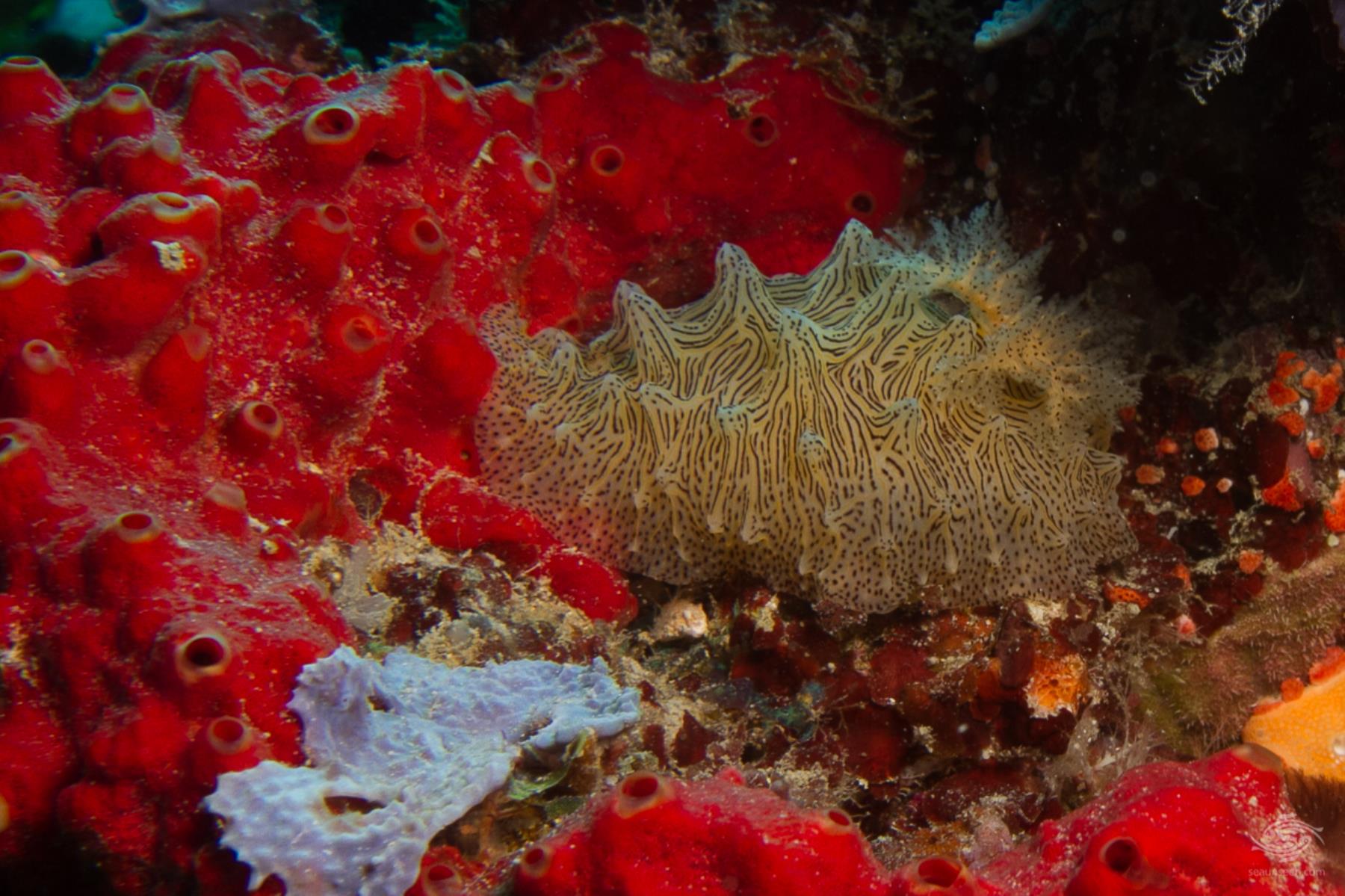 The willey’s halgerda feed exclusively on sponges. They may absorb poisons from the sponges, which provide them with protection.

As with all nudibranchs they are hermaphrodites. They are unable to self fertilize and must mate with another member of their species. To mate. two approach each other and deposit sperm packages into each other. Both lay eggs which are typically laid in a spiral gelatinous mass, which is attached to a substrate. 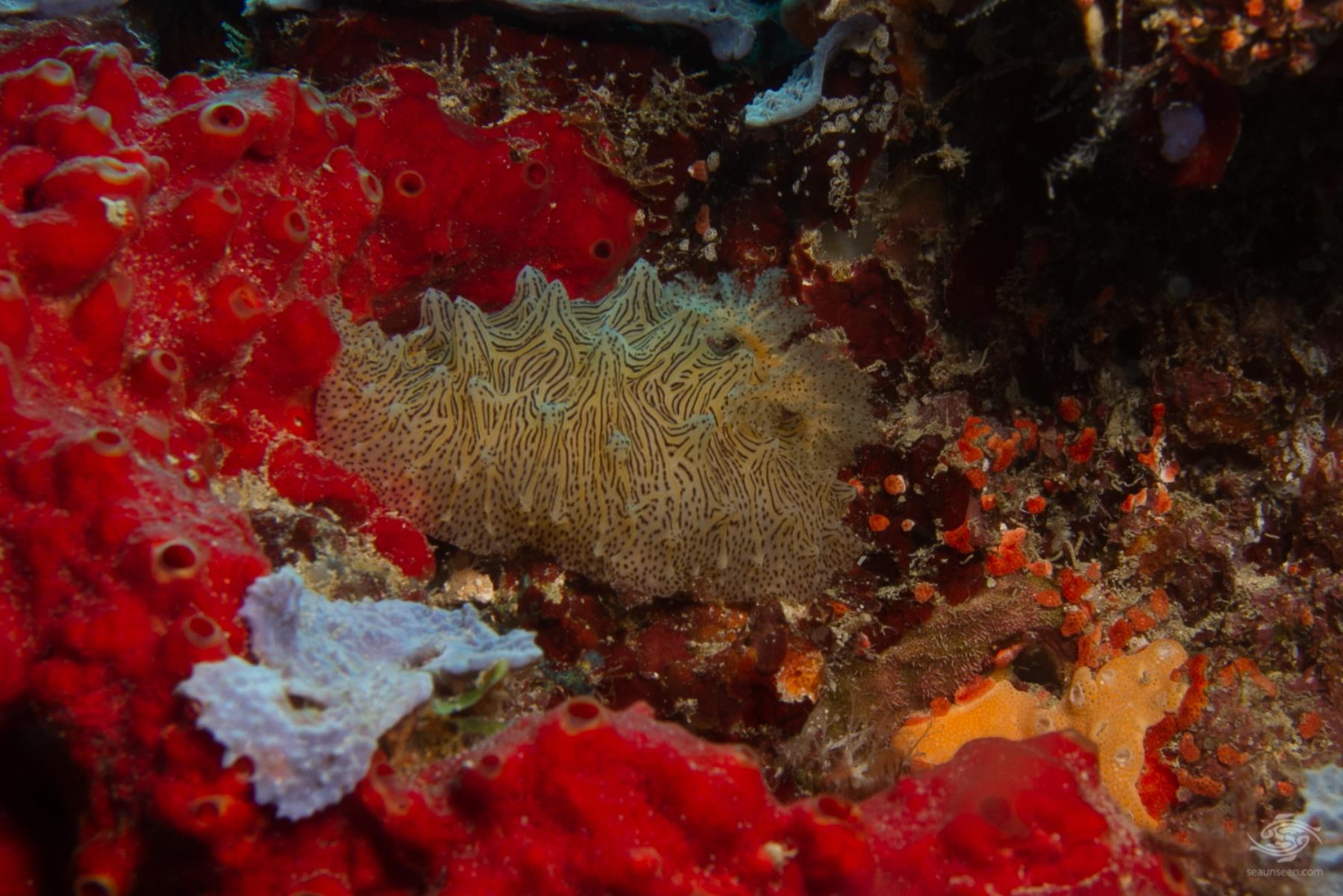