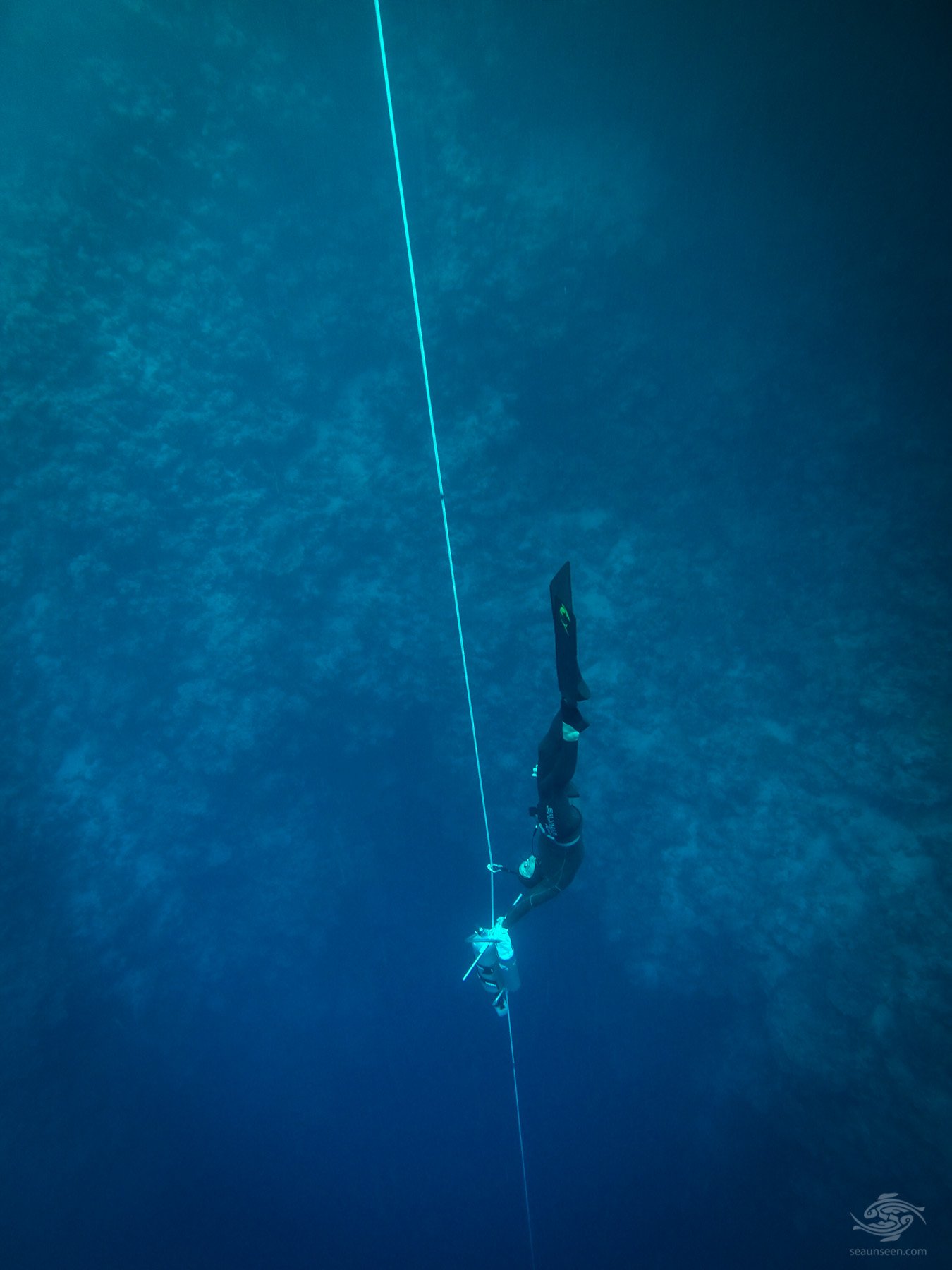 Freediving world record holder, William Winram, descends on the no-limits sled to 90 meters, the bottom of the Blue Hole in Dahab. He wears the same Trygon noseclip and custom-made Trygon fluid goggles that he wore in Sharm El Sheikh in 2013 during his world record 145 meter deep variable weight dive.

At 60 meters deep, William will pass by the entrance of the Arch, in which in 2007, after years of training and preparation, he was the first freediver to swim, without fins, to the to the arch, 30 meters through it and another 60 meters back to the surface, a historical dive on just a single breath of air.

William, a waterman at heart, is also the founder of The Watermen Project, an NPO dedicated to ocean conservation. In 2013 he was named Ocean Ambassador for the Global Marine and Polar Programme of the IUCN. William is currently splitting his time between competing in freediving at an international level, underwater filming, teaching specialty seminars on breathing and breath-hold as well as coaching other freediving competitors.