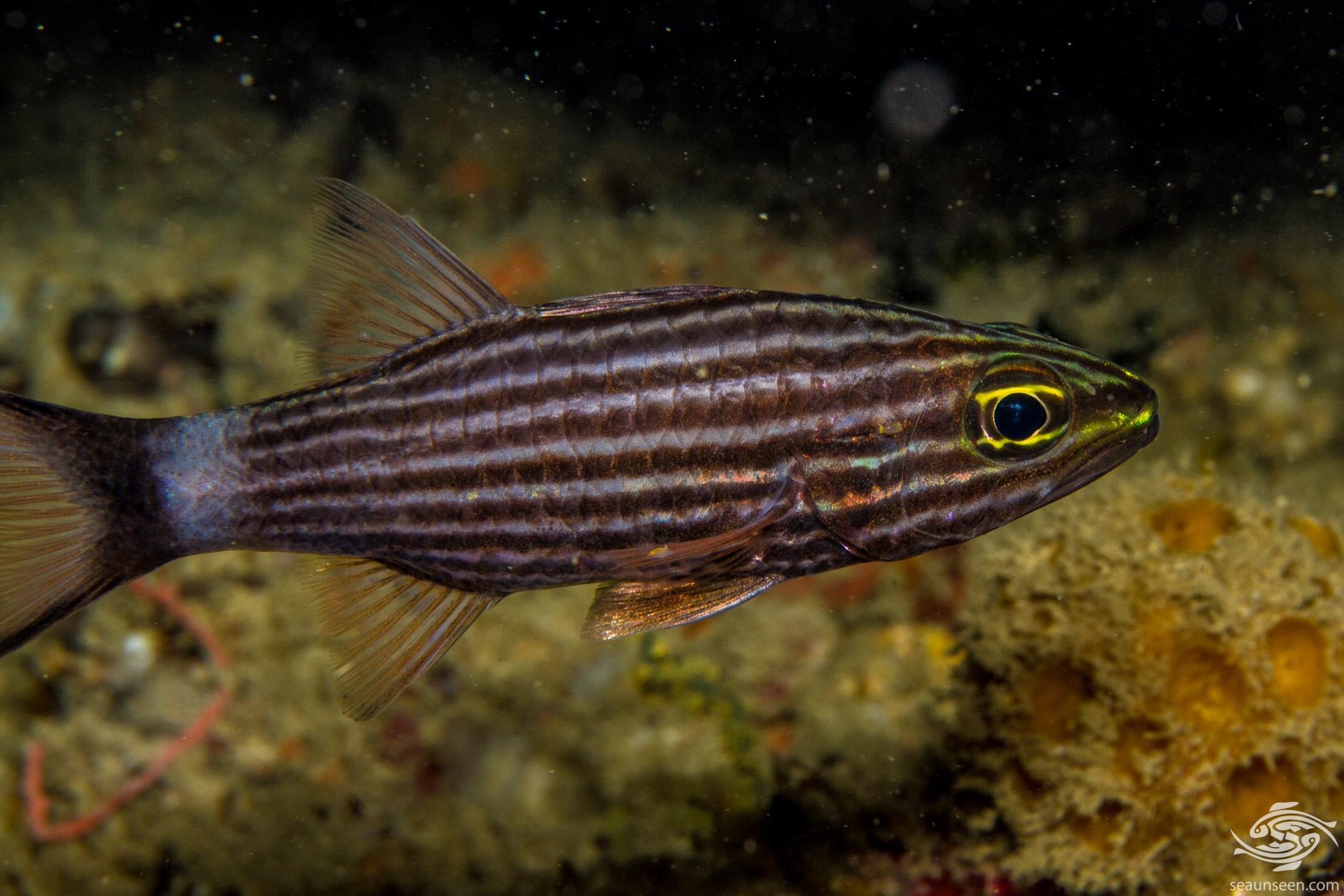 On the juvenile the . There is a black ring around the eyes. 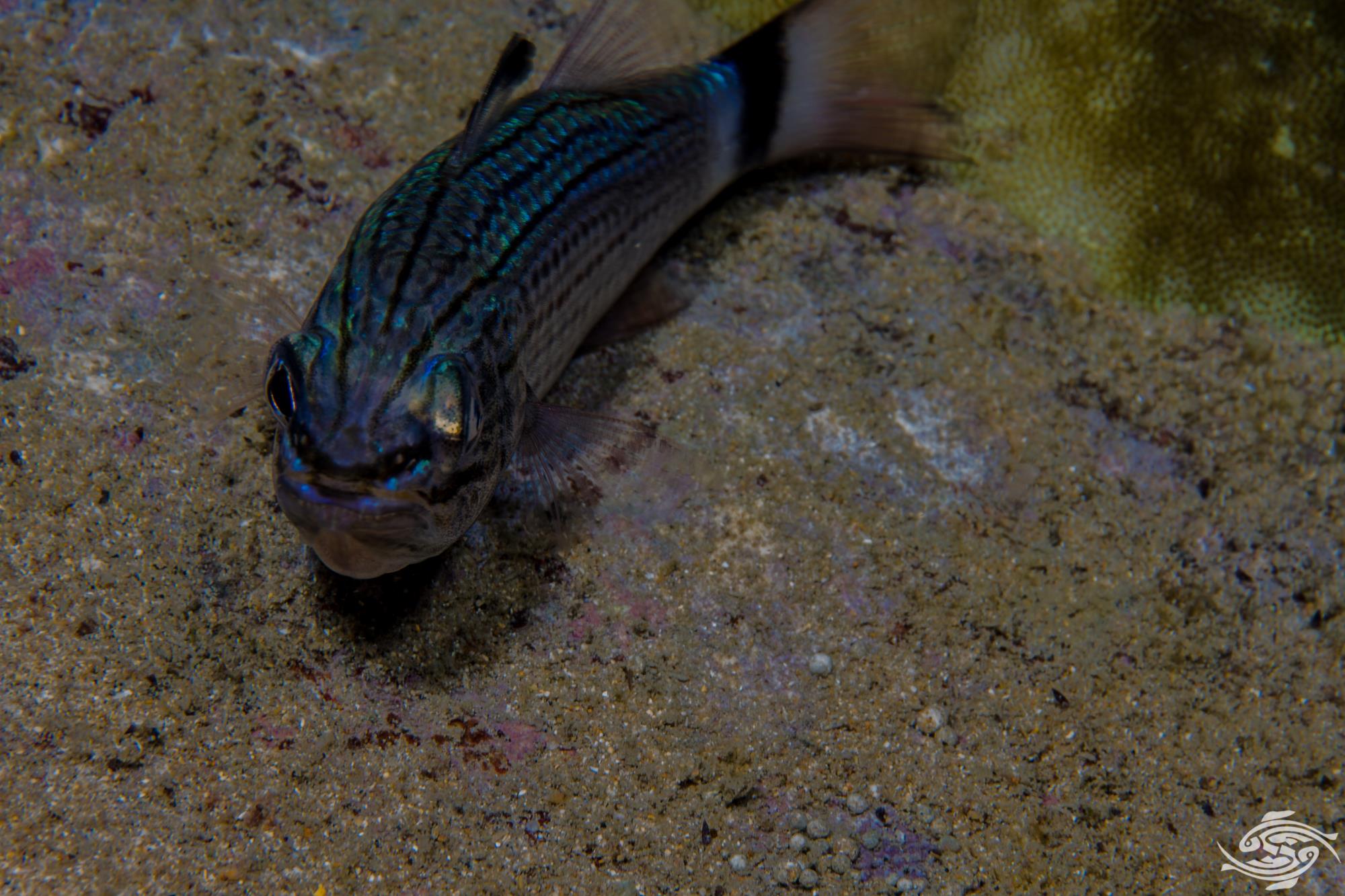 WOLF CARDINALFISH IN THE WILD

The Wolf Cardinalfish are nocturnal feeders and during the day hide in crevices or deep caves. The juveniles are commonly seen out during the day but mature adults are not as common.  The juveniles are usually in loose groups often with semi mature specimens. They are sometimes also seen hiding on the edges of thick growths of acropora corals in the company of the Crowned Squirrelfish which also frequent these growths during the day. 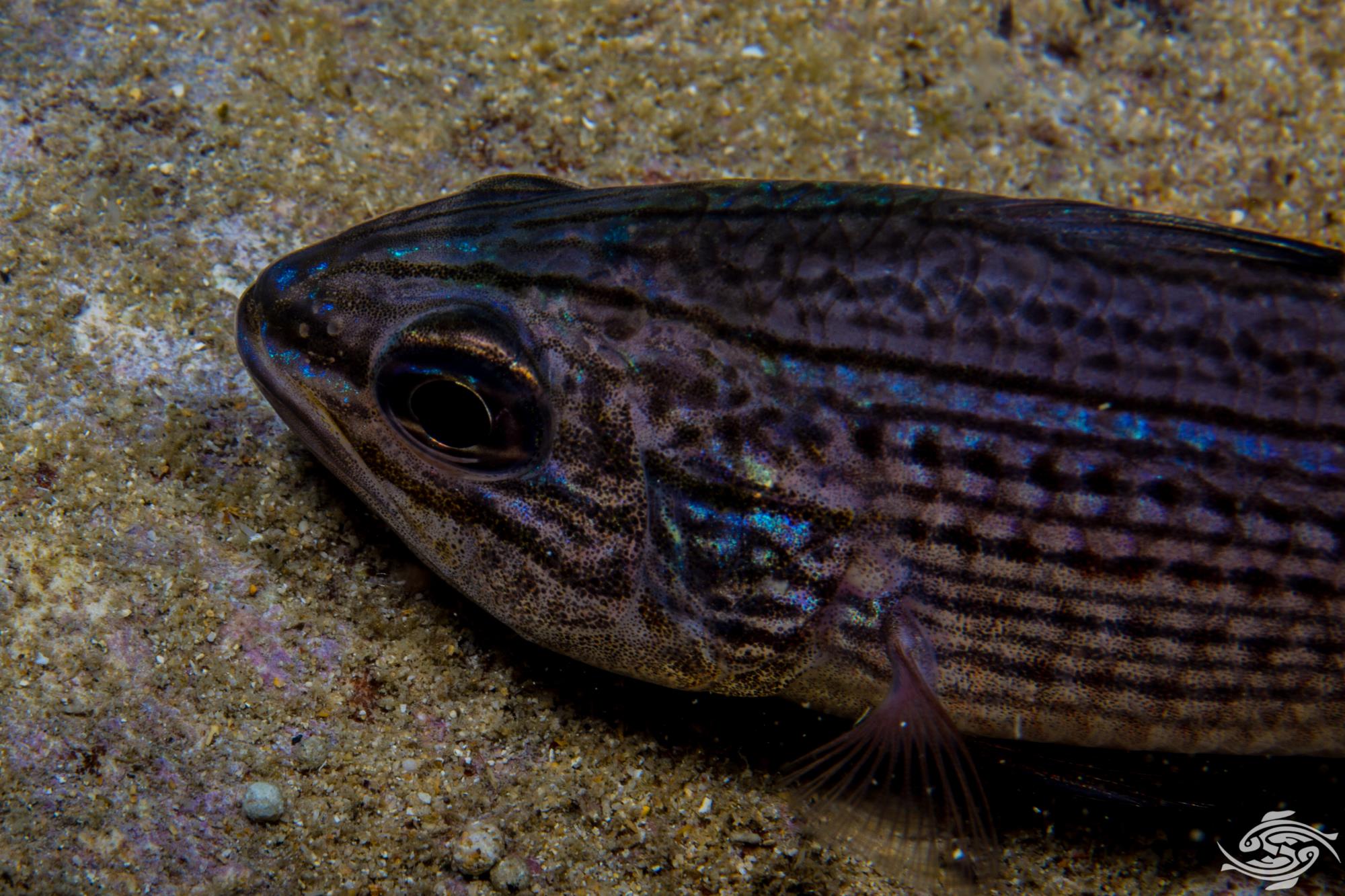 The Wolf Cardinalfish  is found across the Indian ocean and in the West Pacific up to Southern Japan and down to Australia. They have been found between depths of 6 to 8 meters in Tanzanian waters to date. 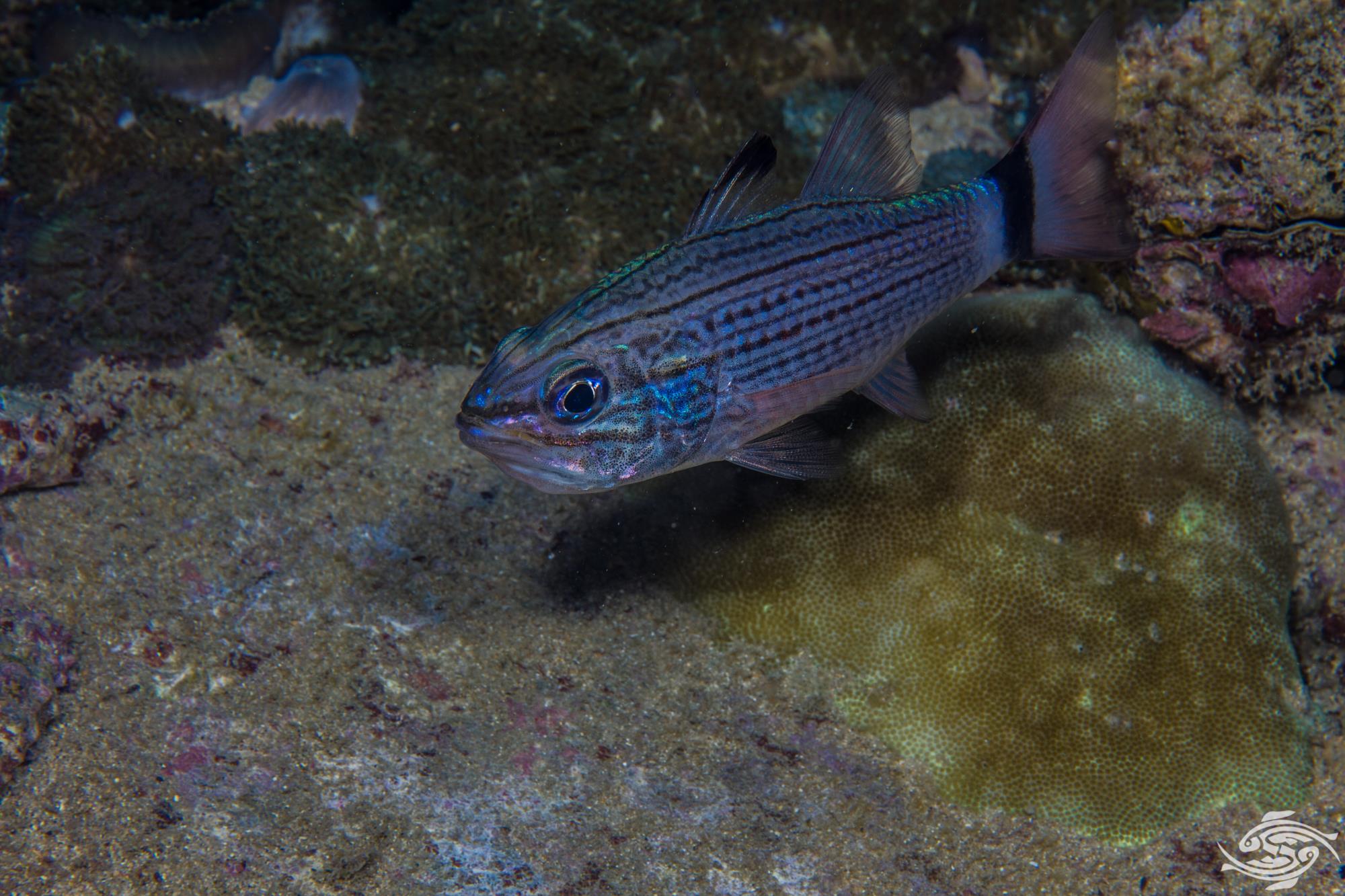 The Wolf Cardinalfish are nocturnal feeders , feeding mainly on zooplankton and small benthic organisms. Given their size at 18cm full grown adults may take smaller fishes but this is speculation. 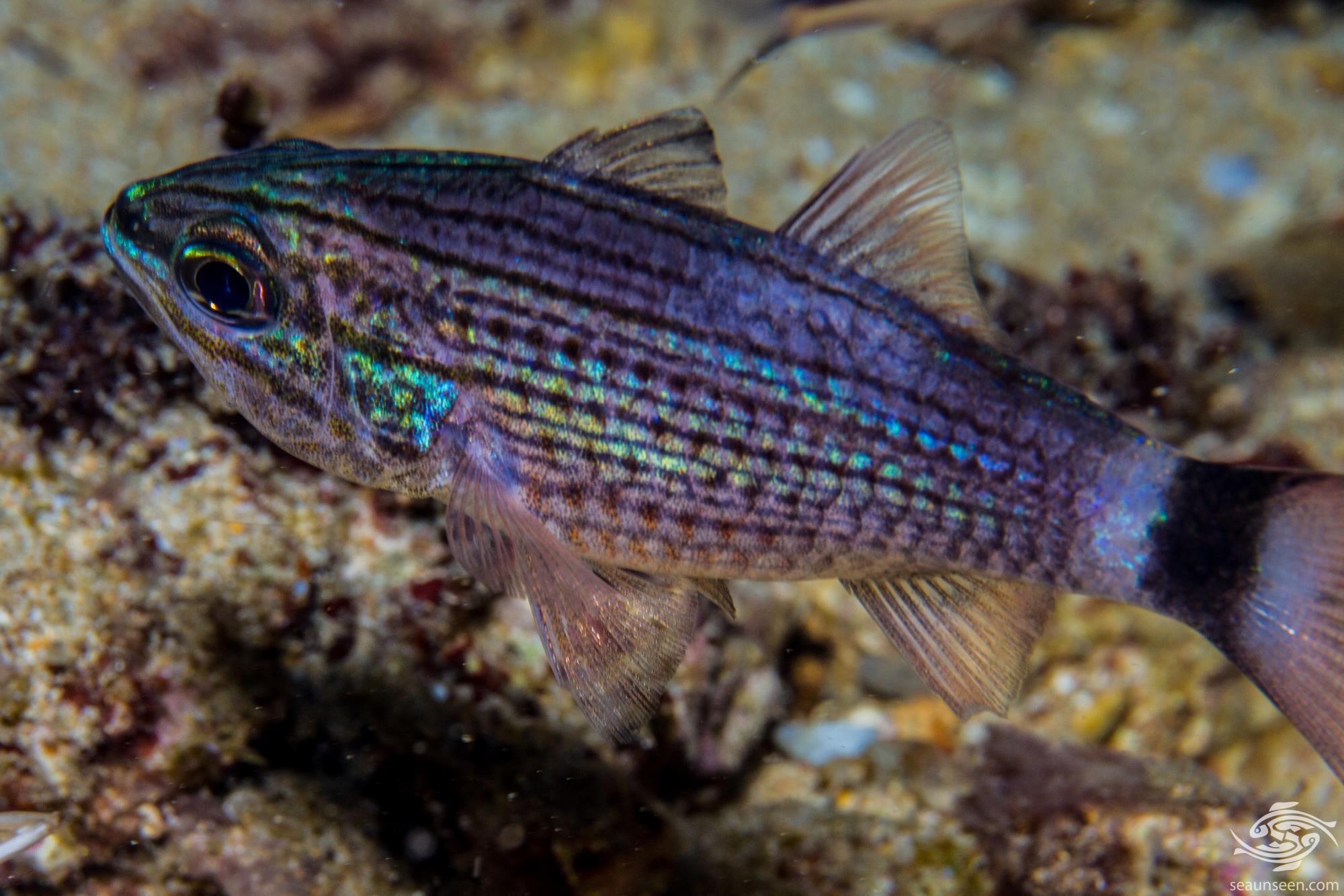 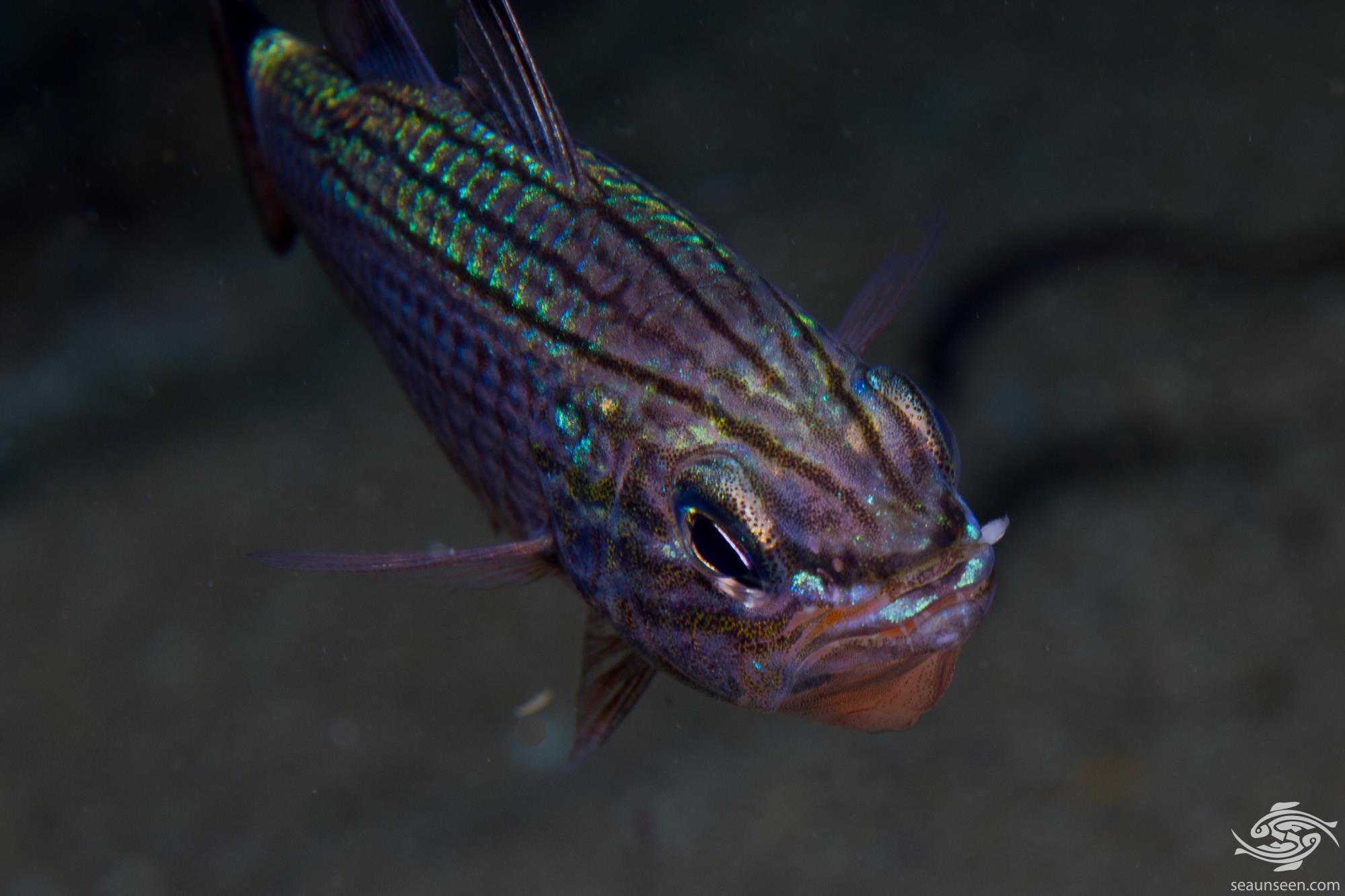 Wolf Cardinalfish are probably not commonly kept in aquariums being one of the lesser known species and also possibly predatory on smaller fishes. Some cardinalfish have been bred in captivity by breeders such as Orafarm where they are occasionally available. 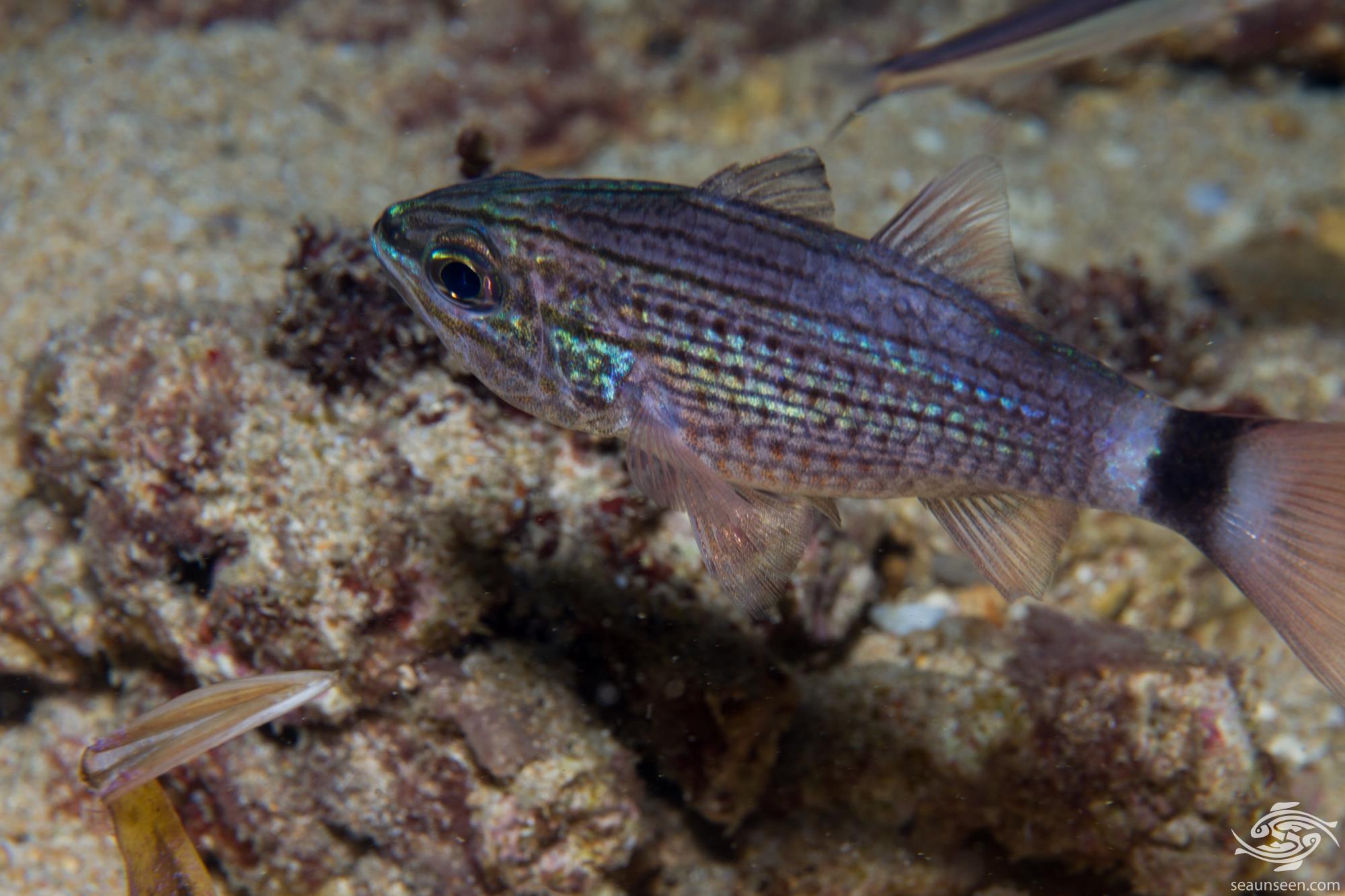