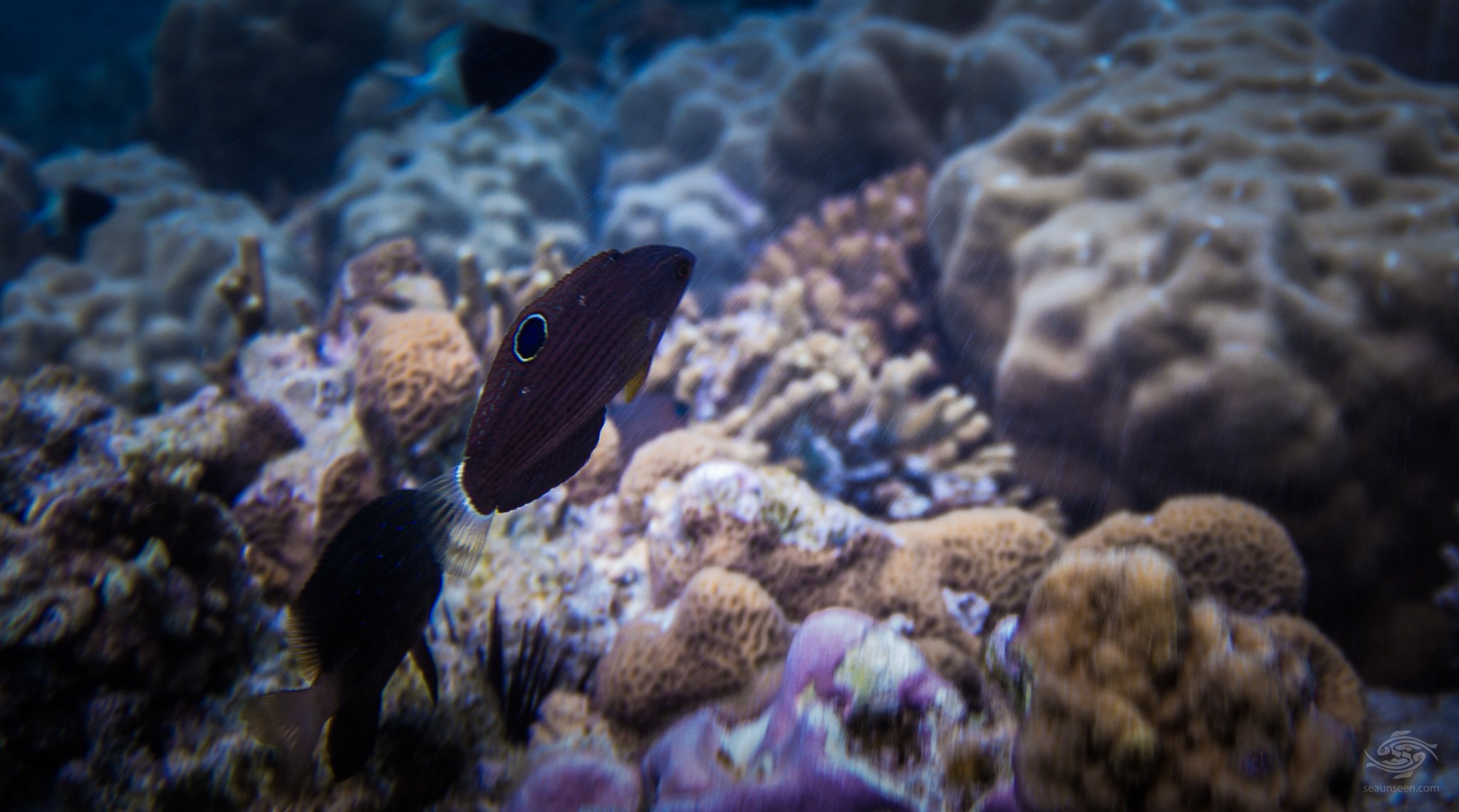 “What kind of wrasse is it?” We descend back down into the shallow Zanzibar reef for another look, locating the fish easily due the rare appearance of a dazzling, vibrant eye-spot on it’s dorsal fin. The brown and black lined body, tipped with a transparent white tail, and faded yellow pelvic fin darts along the reef at quick bursts of speed. Alan clicks away with his camera in hopes of getting a shot, but the timid fish jumps sporadically from coral to coral, underneath, inside and around. We follow along with cameras in grip and aimed, 200 percent present, our minds, in this very moment forgetting about every single other thing in the universe, the only things that exist are us and this small, yet magnificent wrasse…as well as hundreds of prickly urchins.

At the end of the day we sit down, and click through the hundreds of photos, most devastatingly out of focus due to the fast moving subject. But then, a photo slides on the screen, we look at it in silence for several minutes, it’s far from perfect, but possibly, just enough to provide a small justice to the unknown beauty of the Dusky Wrasse. More about the Dusky Wrasse here.