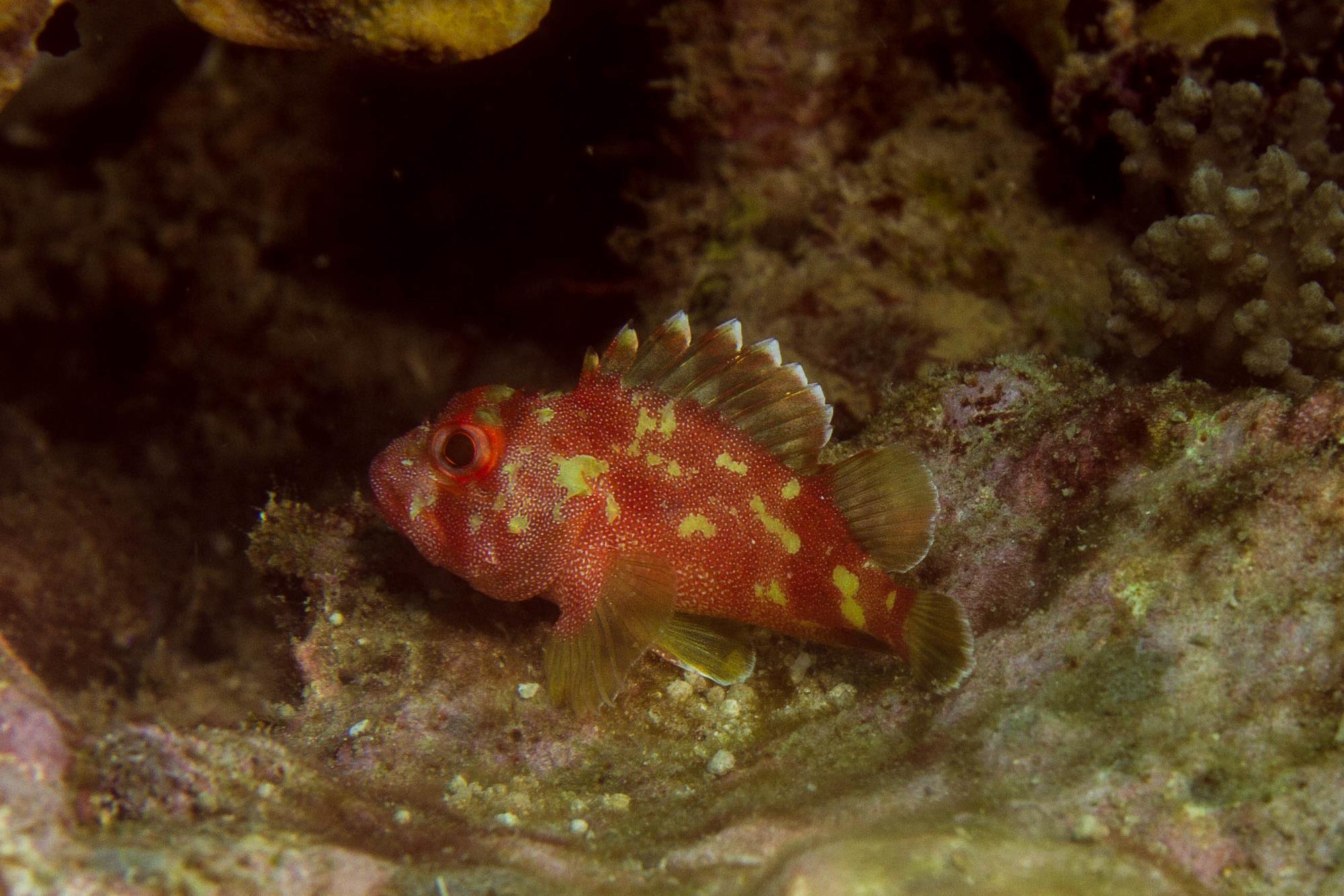 The Yellow spotted scorpionfish (Sebastapistes cyanostigma) is one of the smaller scorpionfish. Perhaps because of their nocturnal habits and their size, very little is known about them and their habits.

In addition despite their coloration they are fairly inconspicuous and are easy to miss in the wild. Once one learns where their usual hiding places are, they become much easier to spot and there are a surprising number of them around the reefs in Tanzania. It is usually easier to spot them at night when they come out of hiding to feed.

The body is a pink to reddish color and some specimens have a large number of small white spots. They have yellow blotches and the fins are yellow. They grow up to 8cm in length but most specimens are around 6cm in length. 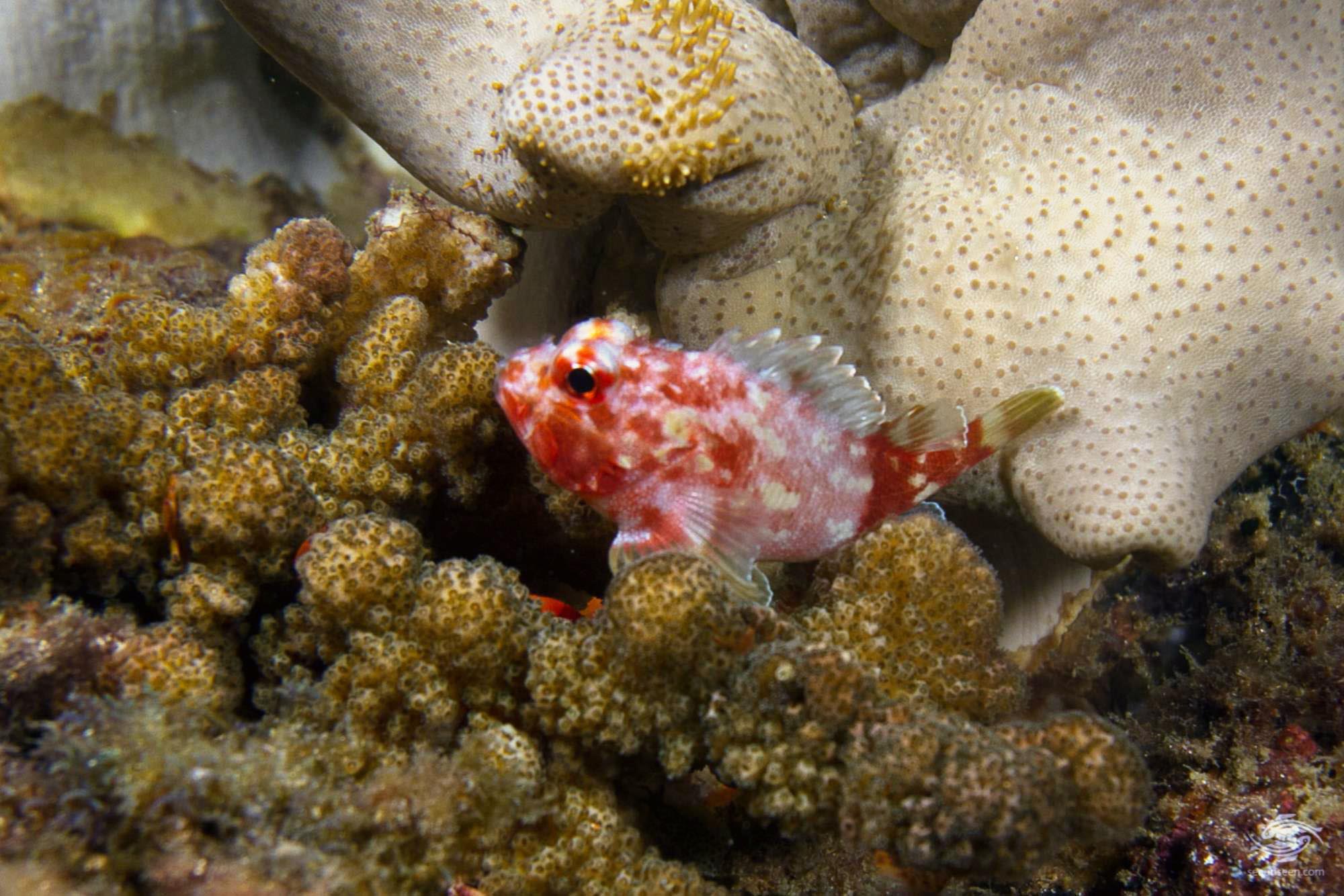 The yellow spotted scorpionfish is a miniature nocturnal ambush predator. During the day they hide mainly in Pocillopora coral heads. If one inspects these heads carefully they can be seen hiding deep in the coral.

At night they emerge and position themselves in a suitable spot to ambush their prey. There will often be  three to four in a small area within ten to twenty centimeters  of each other. Pairs are commonly seen.

On a night dive if one is observant one can usually spot quite a few. On very rare occasions they can be seen out during the day. These are usually larger specimens  and they are usually seen when there are large amounts of plankton in the water. They will however usually be in the shadows and never emerge into full light. 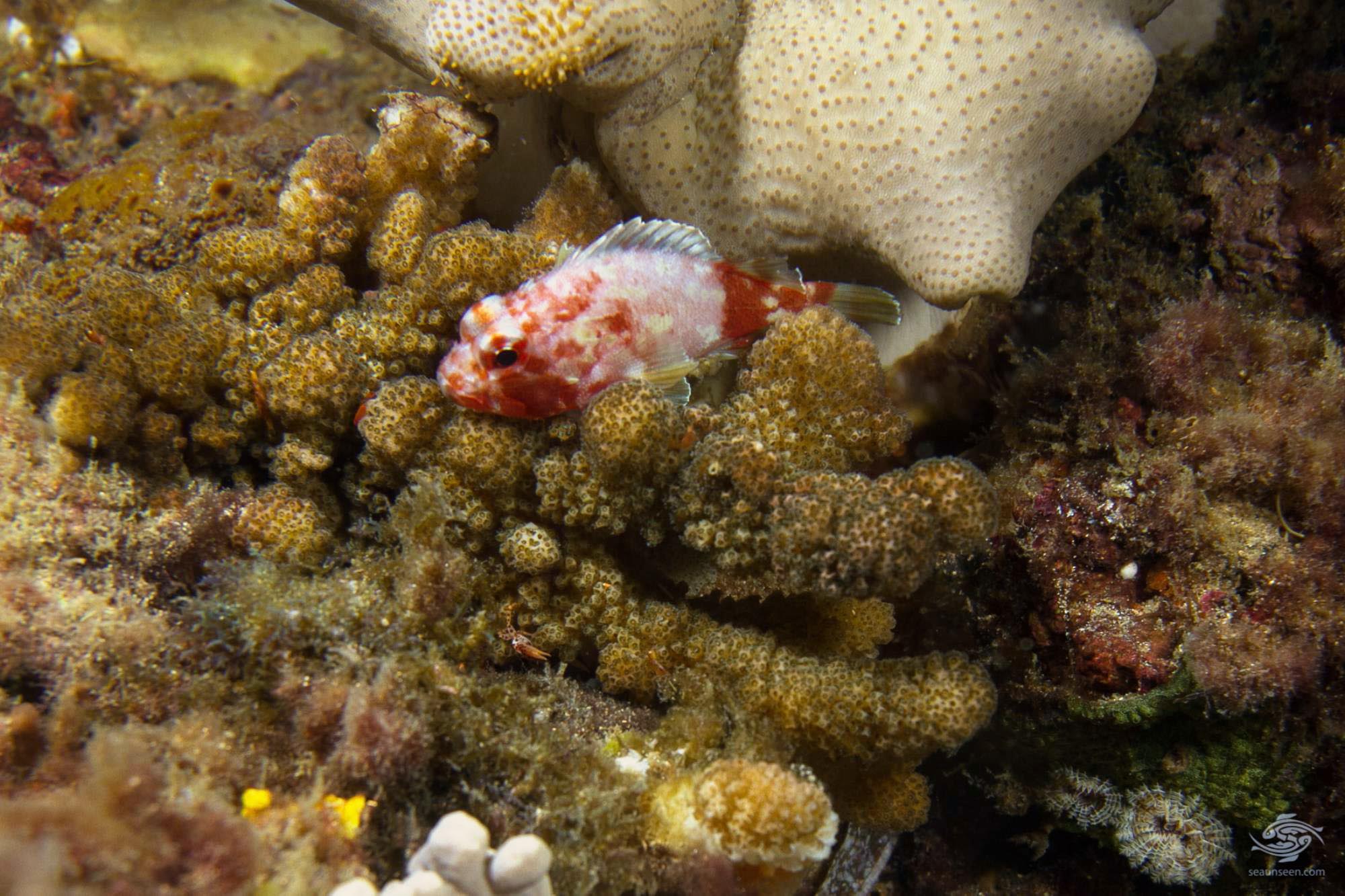 The yellow spotted scorpionfish is found across the Indian ocean and in the west Pacific. They inhabit coral reefs from a depth of 2 to 30 meters. Surge areas of the reef that provide them with passing prey are their favorite spots. 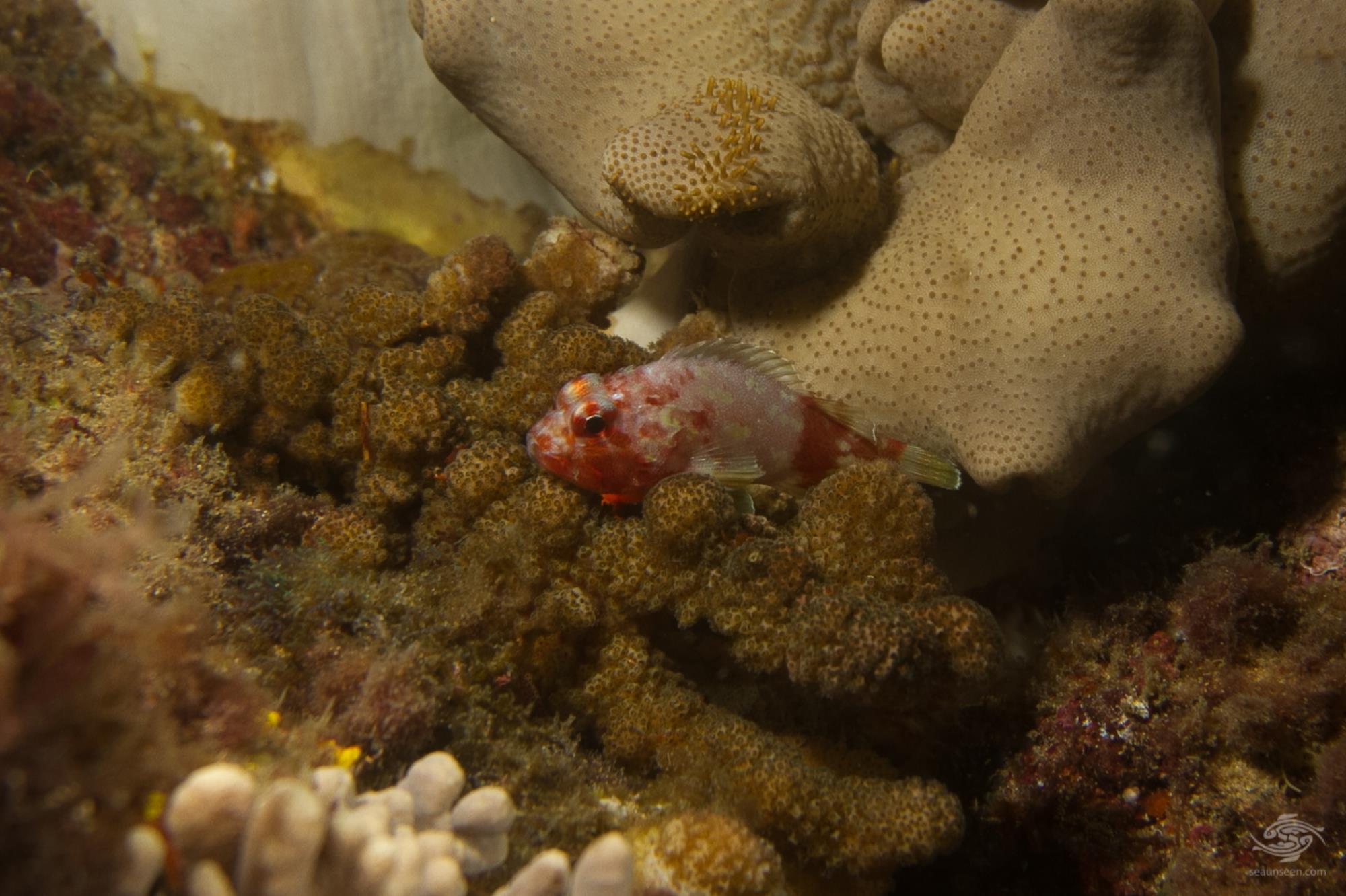 The yellow spotted scorpionfish are nocturnal feeders , feeding mainly on small fishes, crustaceans and other planktonic organisms. If they are watched at night they make short darts forward to capture prey and seldom move in the open to avoid predation.

Scorpionfish are oviparous with females producing eggs. When these are fertilized, they are released and float near the surface. Little else is known about yellow spotted scorpionfish reproduction. They are often seen in small groups of three to four in spring. This could be mating behavior. 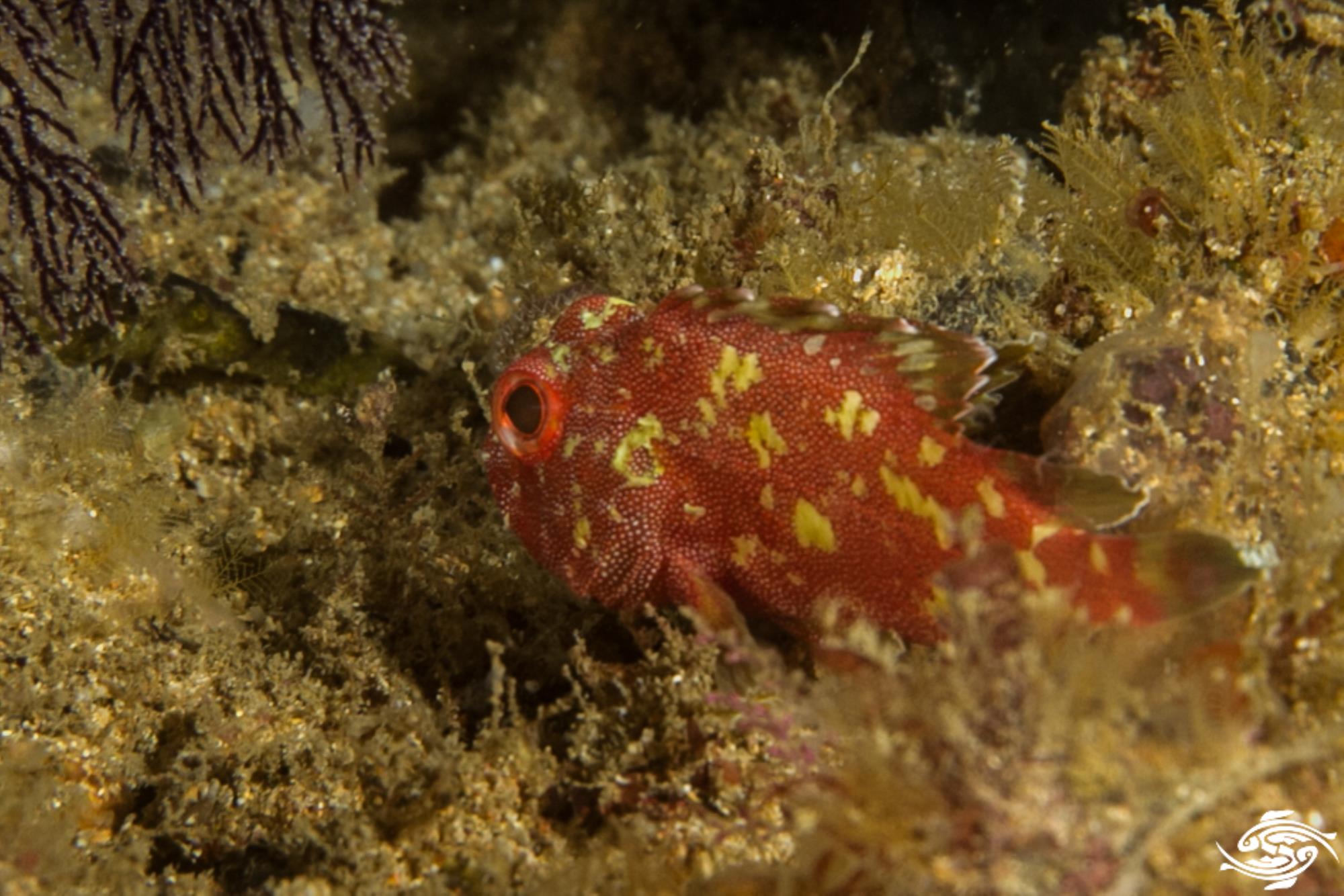 The yellow spotted scorpionfish are not commonly kept in aquariums. They are reclusive by nature and spend the daylight hours hiding. However they can easily be fed with live shrimp initially. Usually they will take to being stick fed. Because they are smaller than the average scorpionfish, medium size fishes cannot fit in their mouth. They can therefore safely be kept in a tank with medium size fishes. 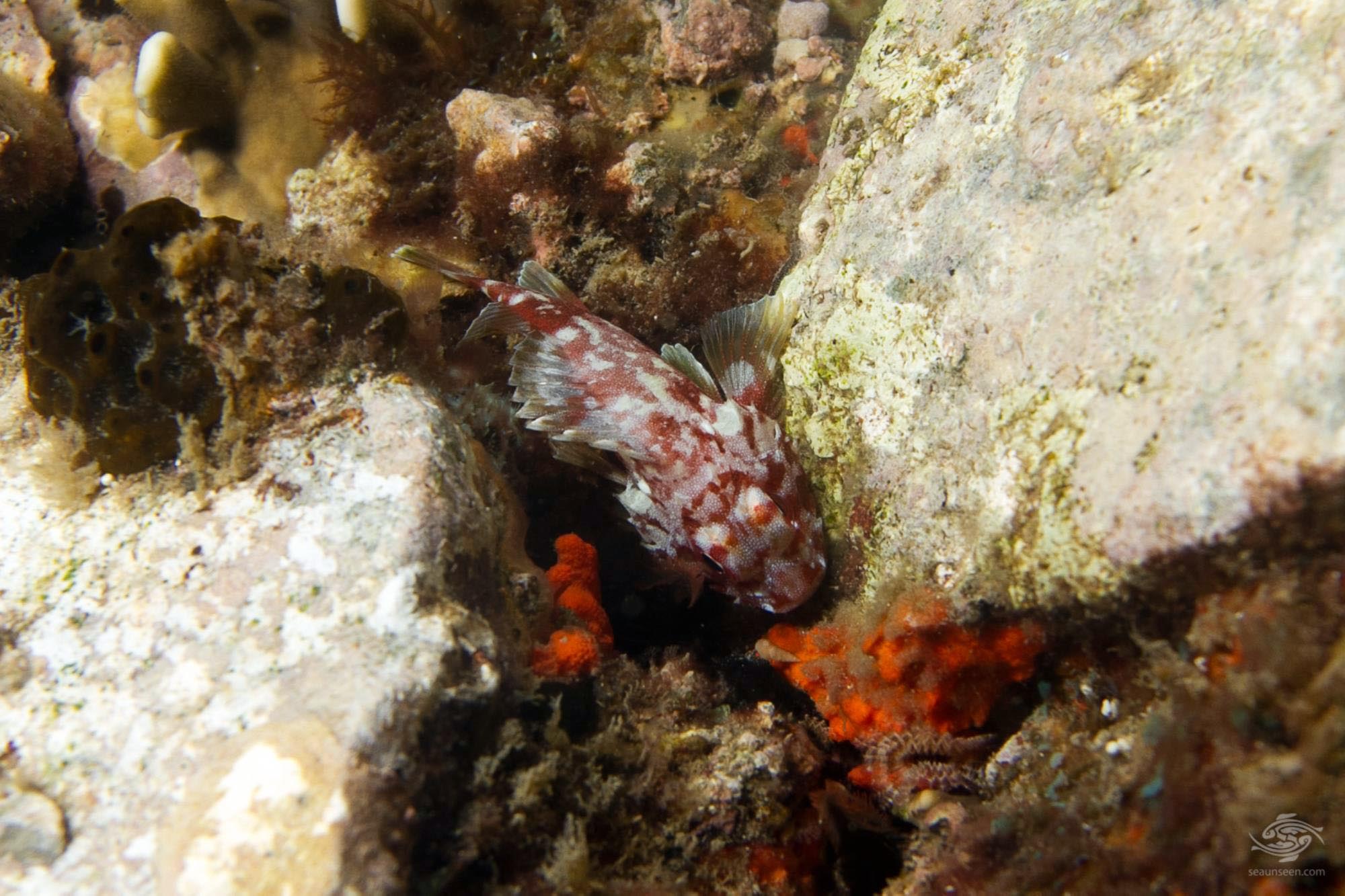 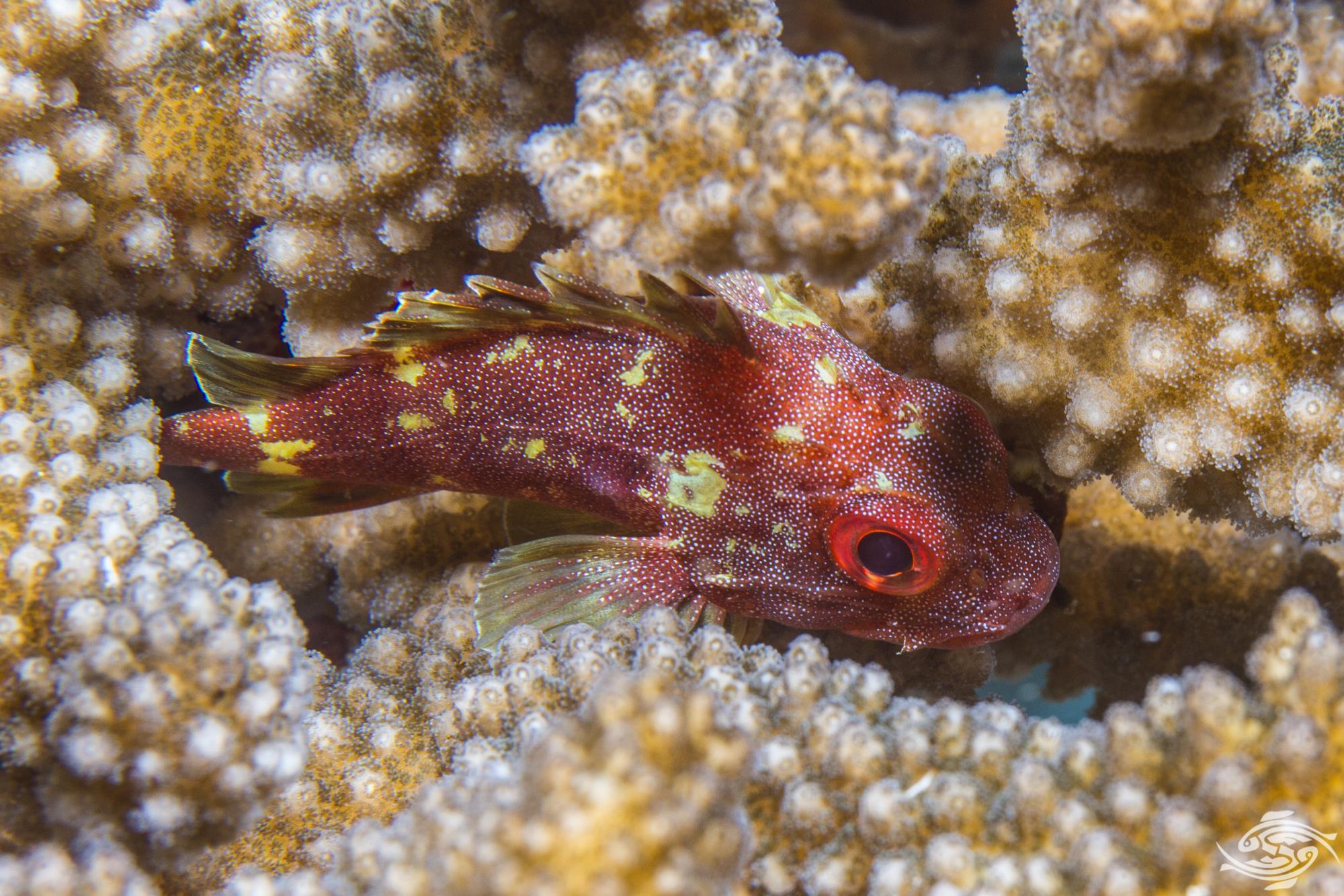