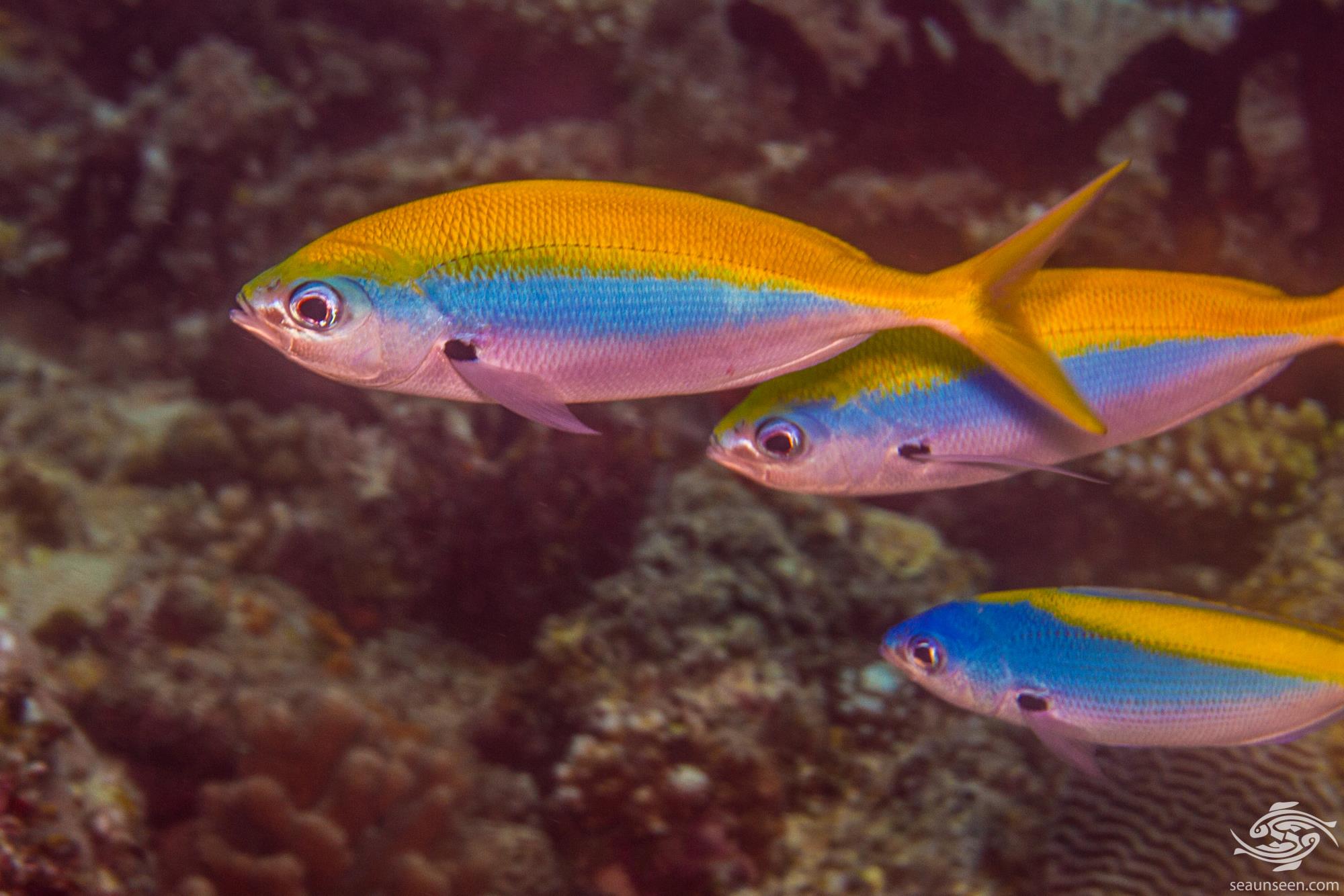 The Yellowback Fusilier (Caesio xanthonota) is probably the most common Fusilier found on the Tanzanian coast. This pelagic fish is most active during the day, feeding on zooplankton in large midwater aggregations. During the day Yellowback fusiliers form shoals with other Fusiliers also known as caesionids, such as the Caesio teres. Often there’s confusion between these two species. In the image above Caesio teres can be seen in the lower right. The yellow on the upper body does not extend up to the head. 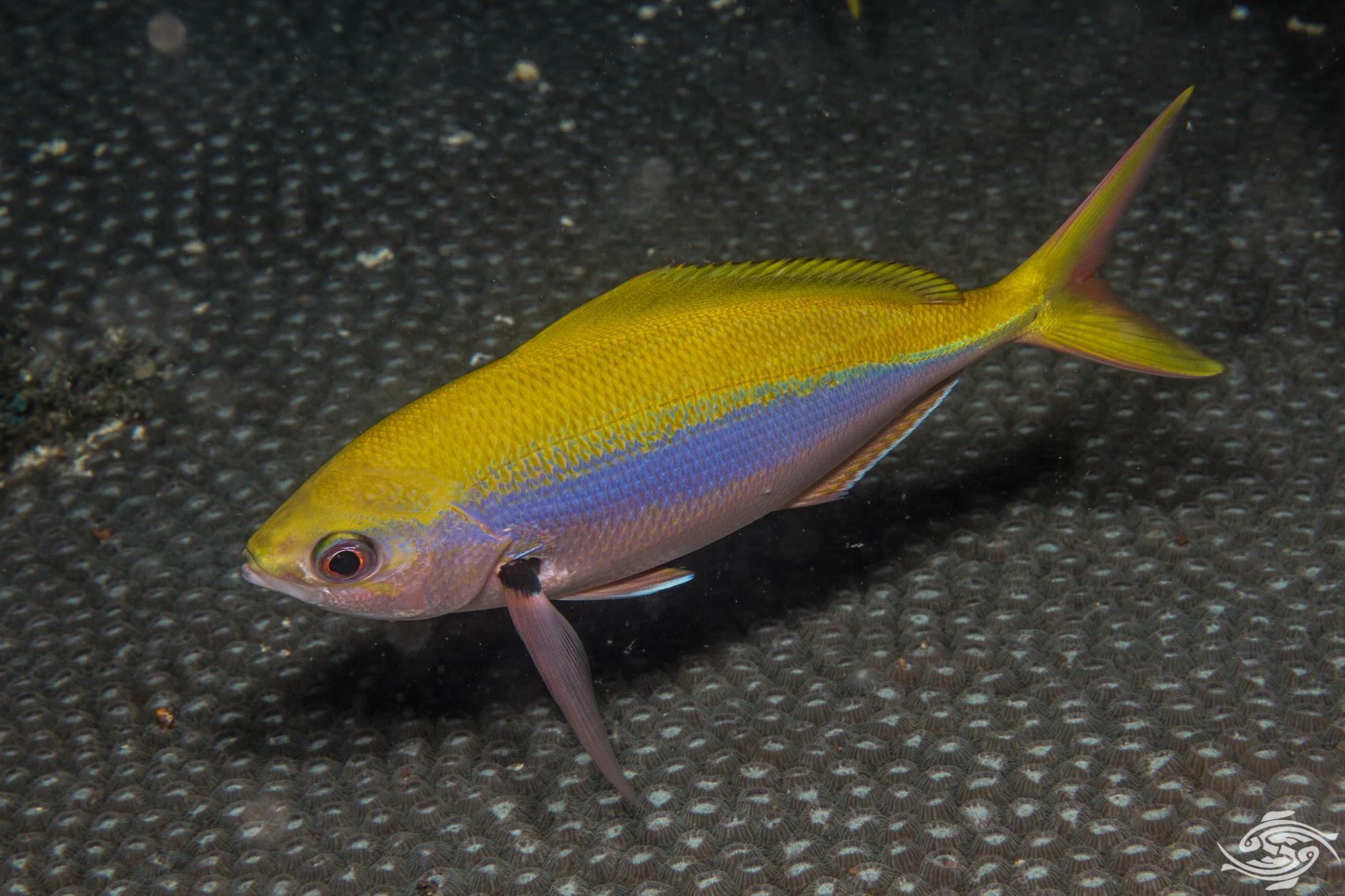 The Yellowback Fusilier has a typical Fusilier shaped body, cylindrical and torpedo shaped with a highly forked caudal fin. They have a silver blue mid section and the belly is silver with a pink tint. The back extending up to the head and the caudal fin is yellow. There is a black dot on the pectoral fin base. They grow up to 40 cm in length although they are usually 25 to 35 cm in the wild. The juveniles pictured below have a more marked blue lower body. 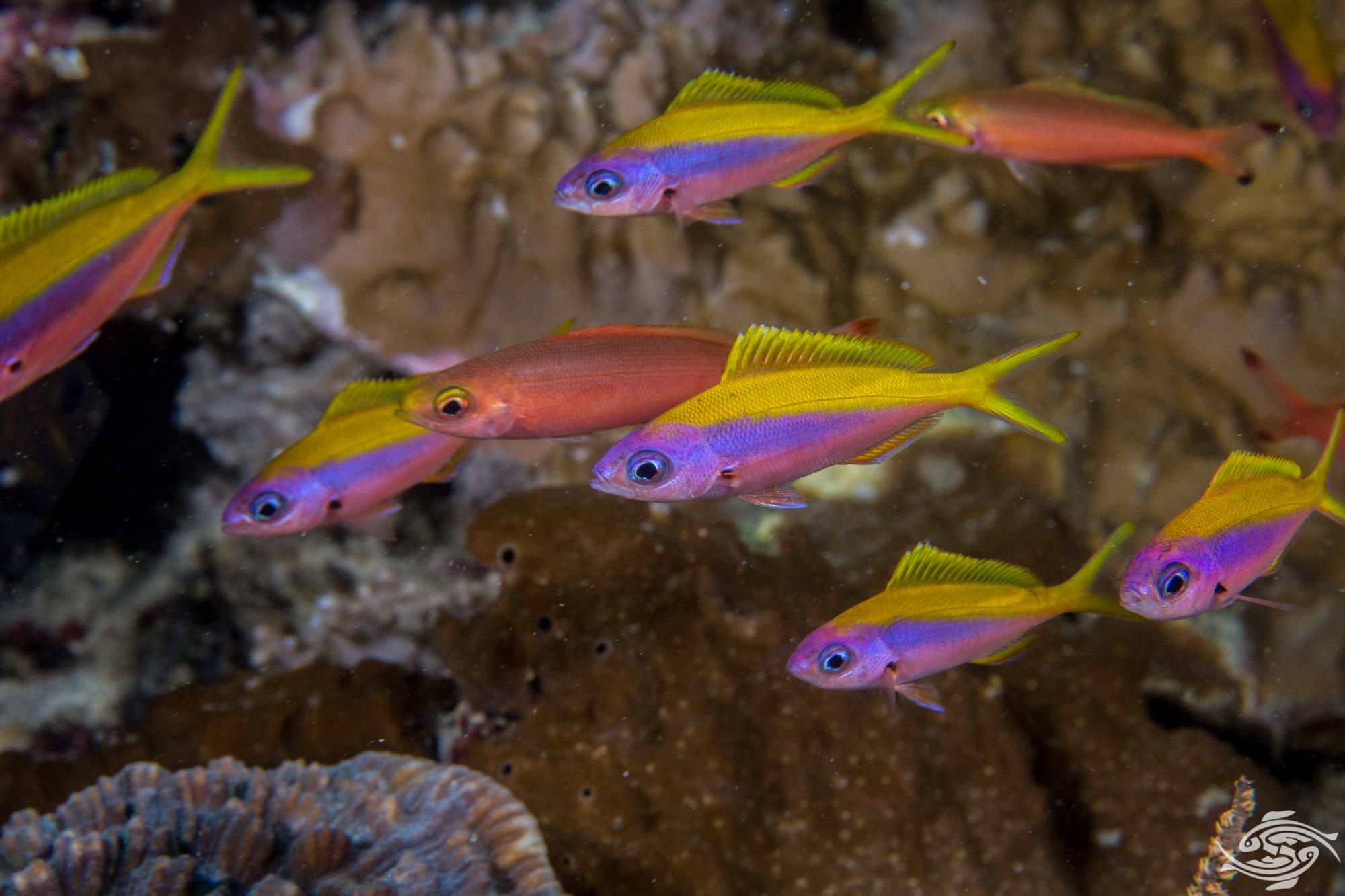 YELLOWBACK FUSILIER IN THE WILD

The Yellowback Fusilier is probably the most common Fusilier species in East Africa. They are often seen over the reef in large shoals, sometimes with other species of Fusilier.  When they see a diver or group of divers they will usually swim round the diver a few times and then head off to feed. They often cme back about 15 minutes later and then head off again. They are more common from 10 meters downwards and hardly ever come to close into shore although they sometimes go into the shallower waters on offshore reefs.

The juveniles pictured above also shoal often with other species of Fusiliers, but they stick to hiding under overhangs and are often in the same area or around the same feature where one finds Sweepers during the day. At night the shoals disperse and if one dives at night they are often seen singularly hiding on the reef. 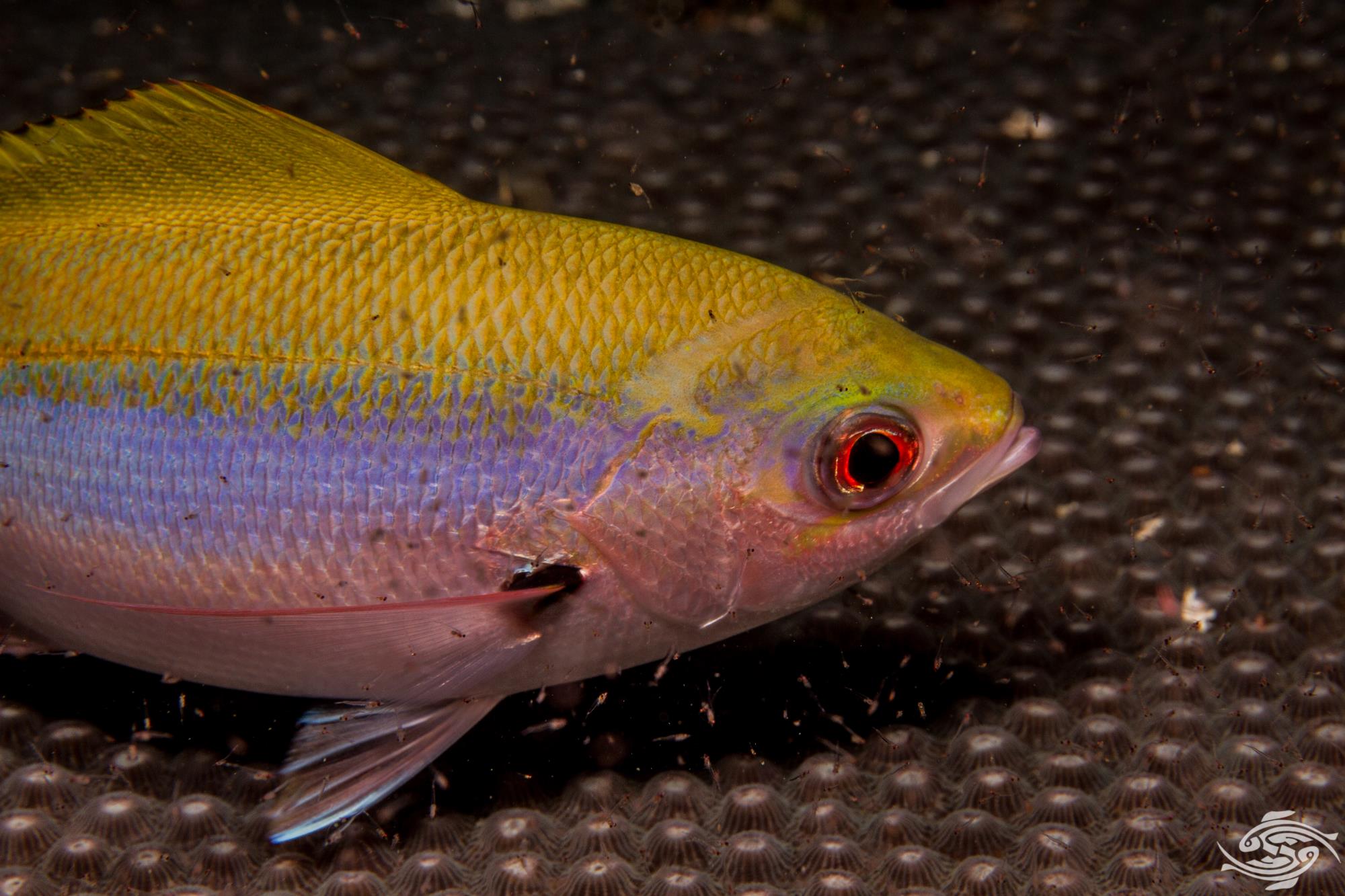 The Yellowback Fusilier feed exclusively on plankton and as with all Fusiliers their upper jaw is capable of protruding outwards which makes it easier to snatch plankton out of the water table. They are preyed upon by gamefish such as Tuna and are regarded as excellent bait for catching Tuna. 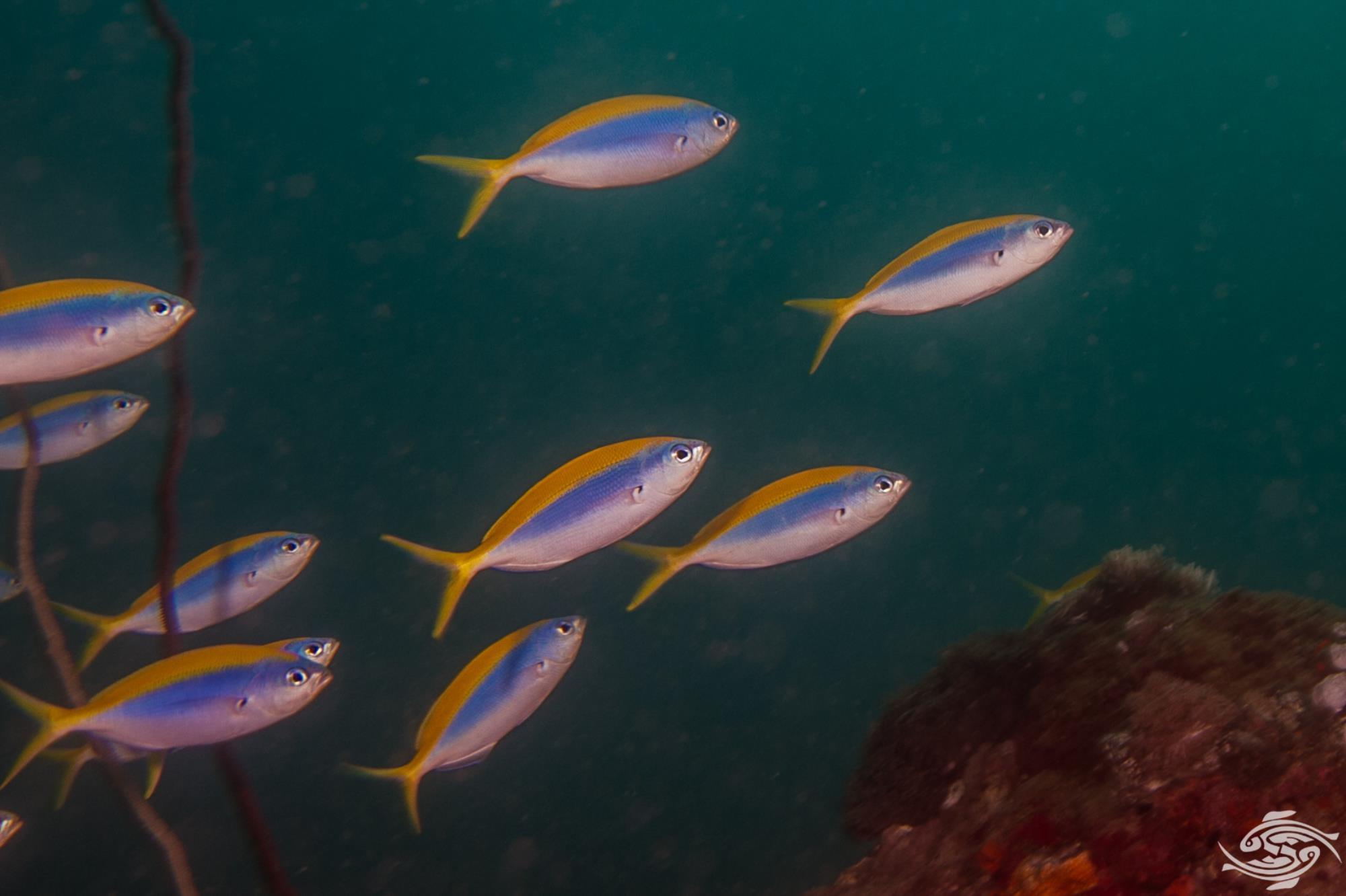 The Yellowback Fusilier is found from South Africa up to the Red Sea and across to India and Bali in Indonesia.  They are usually around reefs to depths of 50 meters. 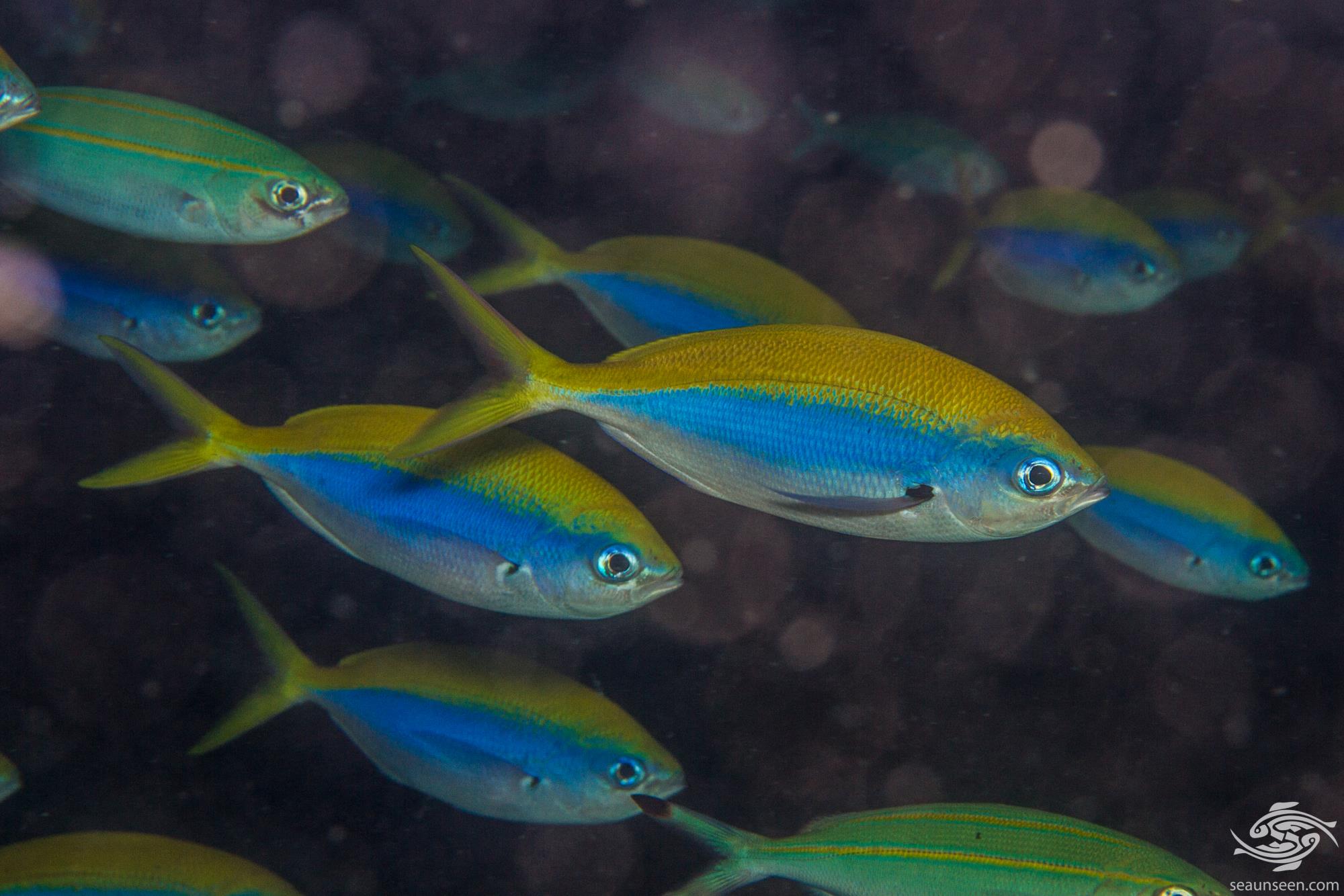