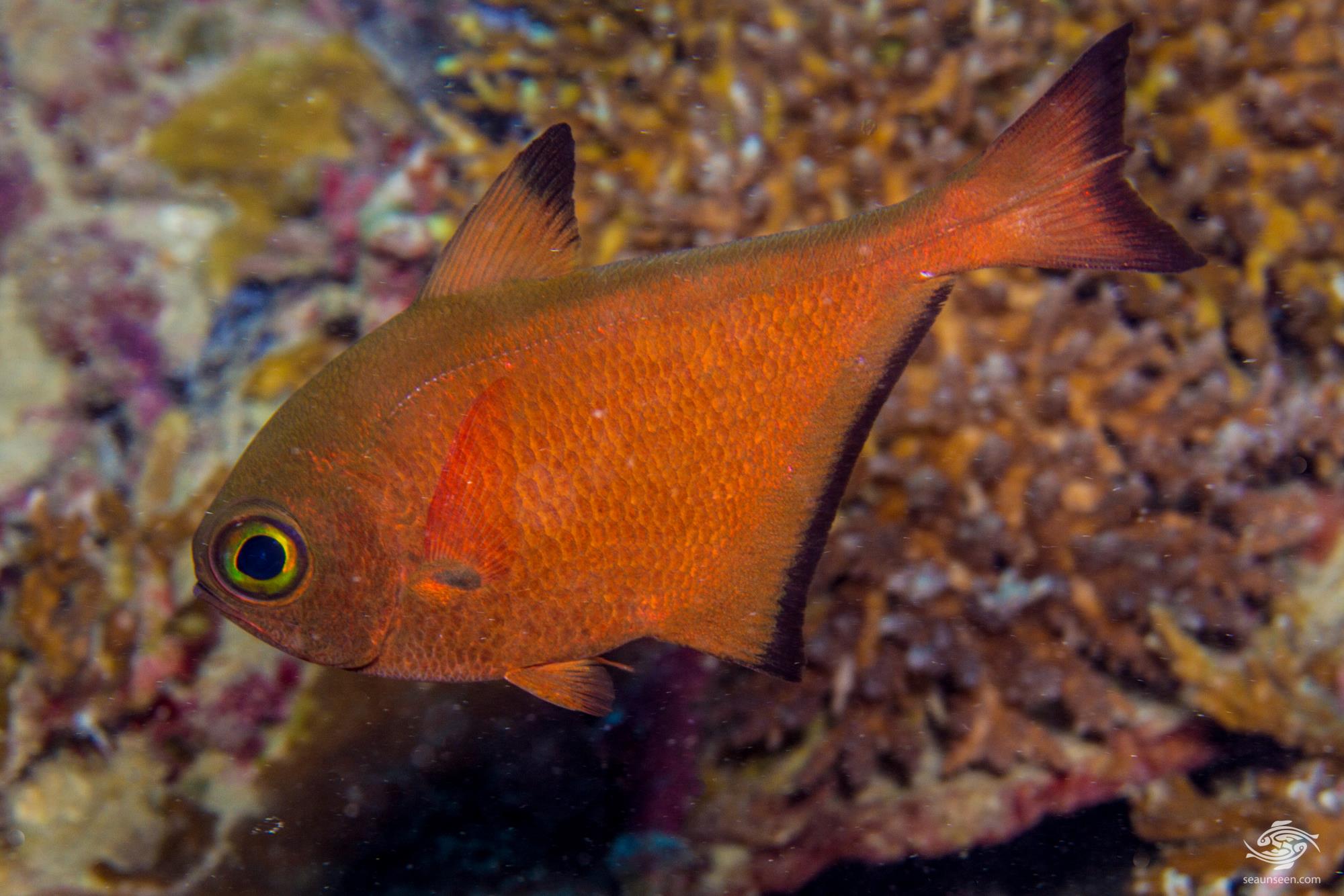 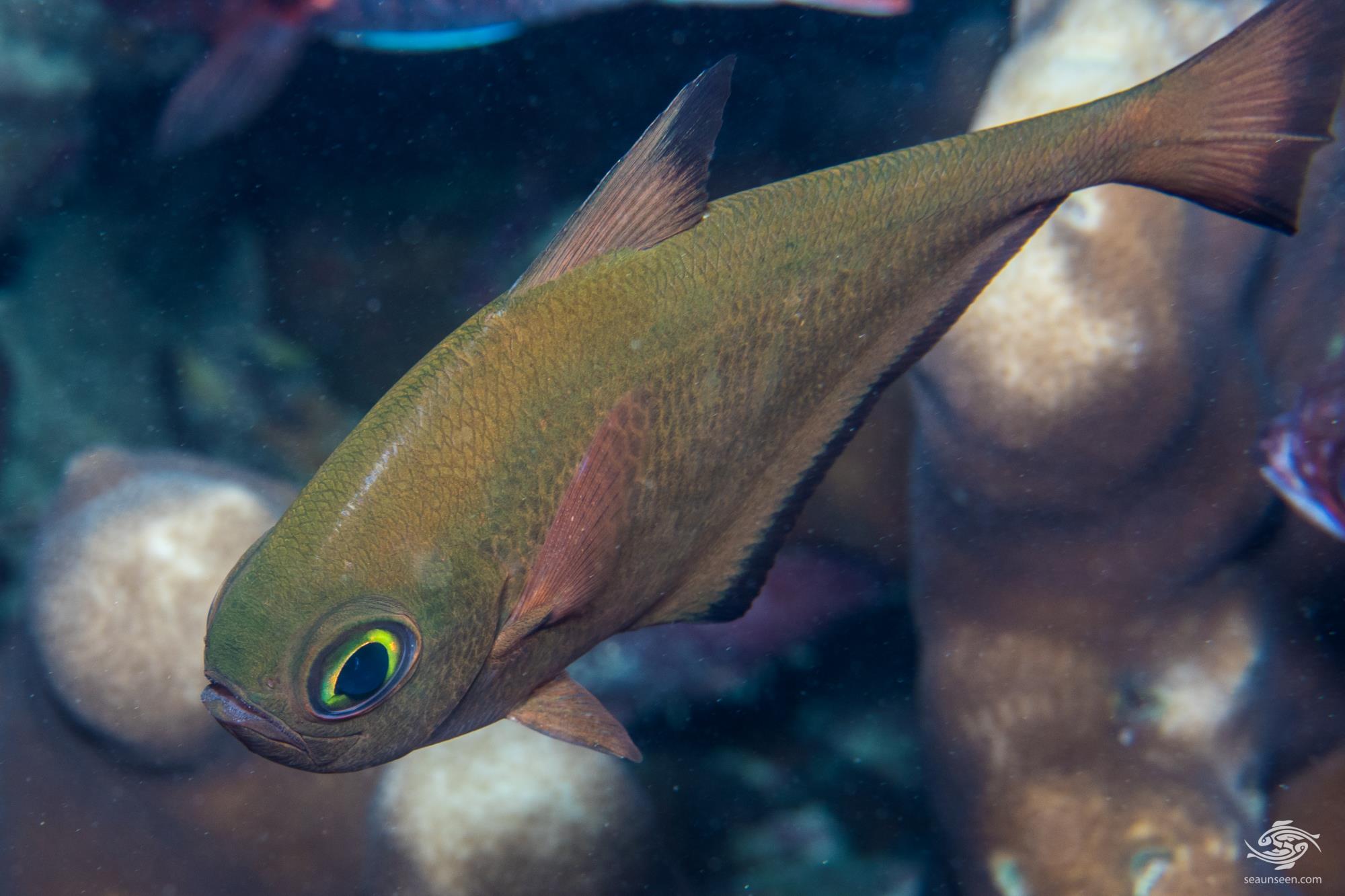 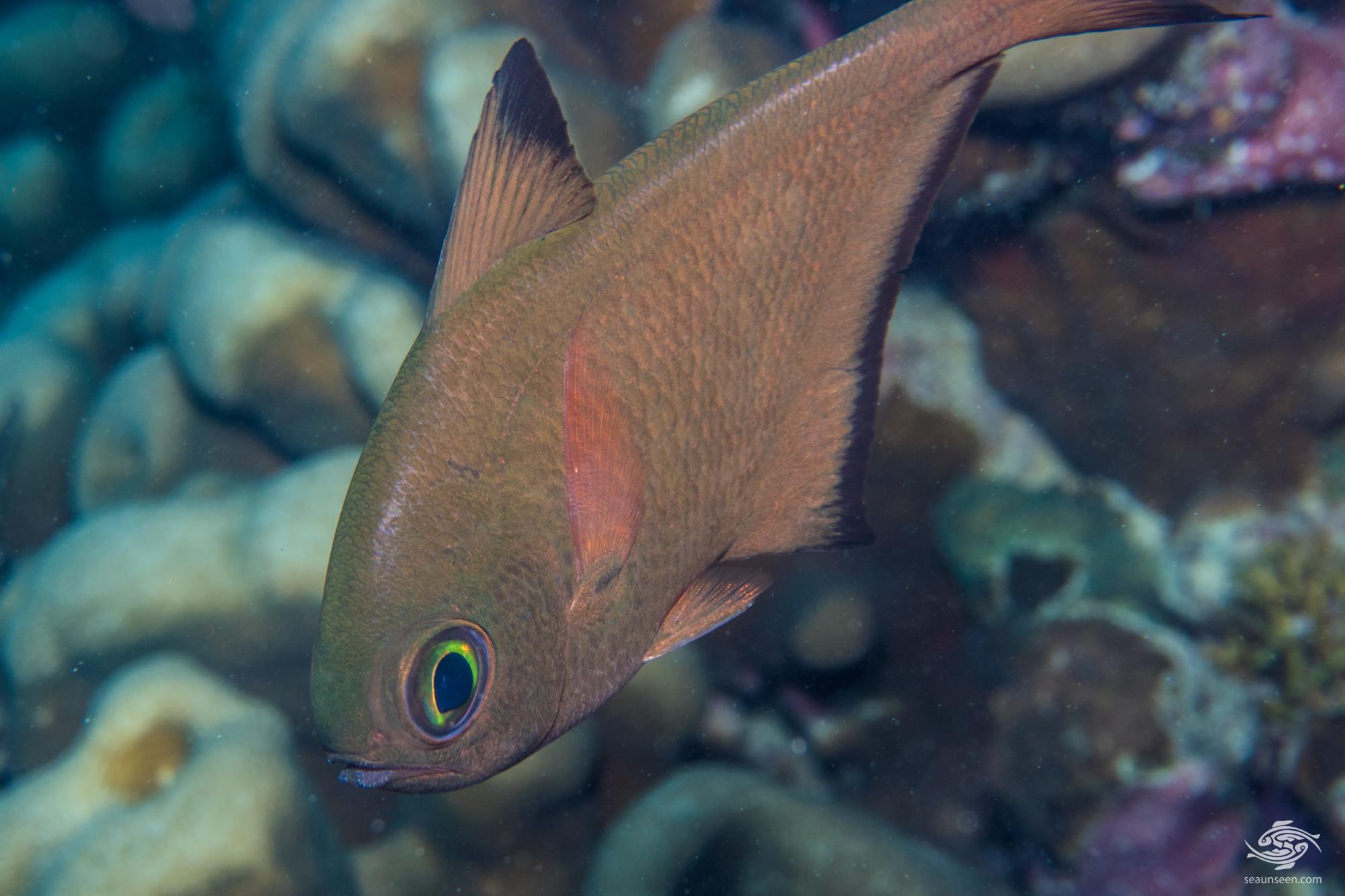 YELLOWEYE SWEEPER IN THE WILD

The Yelloweye Sweeper are nocturnal feeders and during the day collect in shoals of  ten to fifteen fish under overhangs and in caves. The shoals tend to be size related and on the deeper reefs in Chole Bay around 18 meters one finds the adults whereas the juveniles are found in shallower waters.

The larger full grown specimens will often move above or outside the feature in which they hiding in. At night the shoals disperse to feed on plankton. Sweepers are known to produce sounds and adult males seem to be able to produce the loudest sounds indicating that sound production may be mating related.

The known range stretches’ from East Africa to Sri Lanka excluding the Red Sea but as a newly described fish, details are limited. 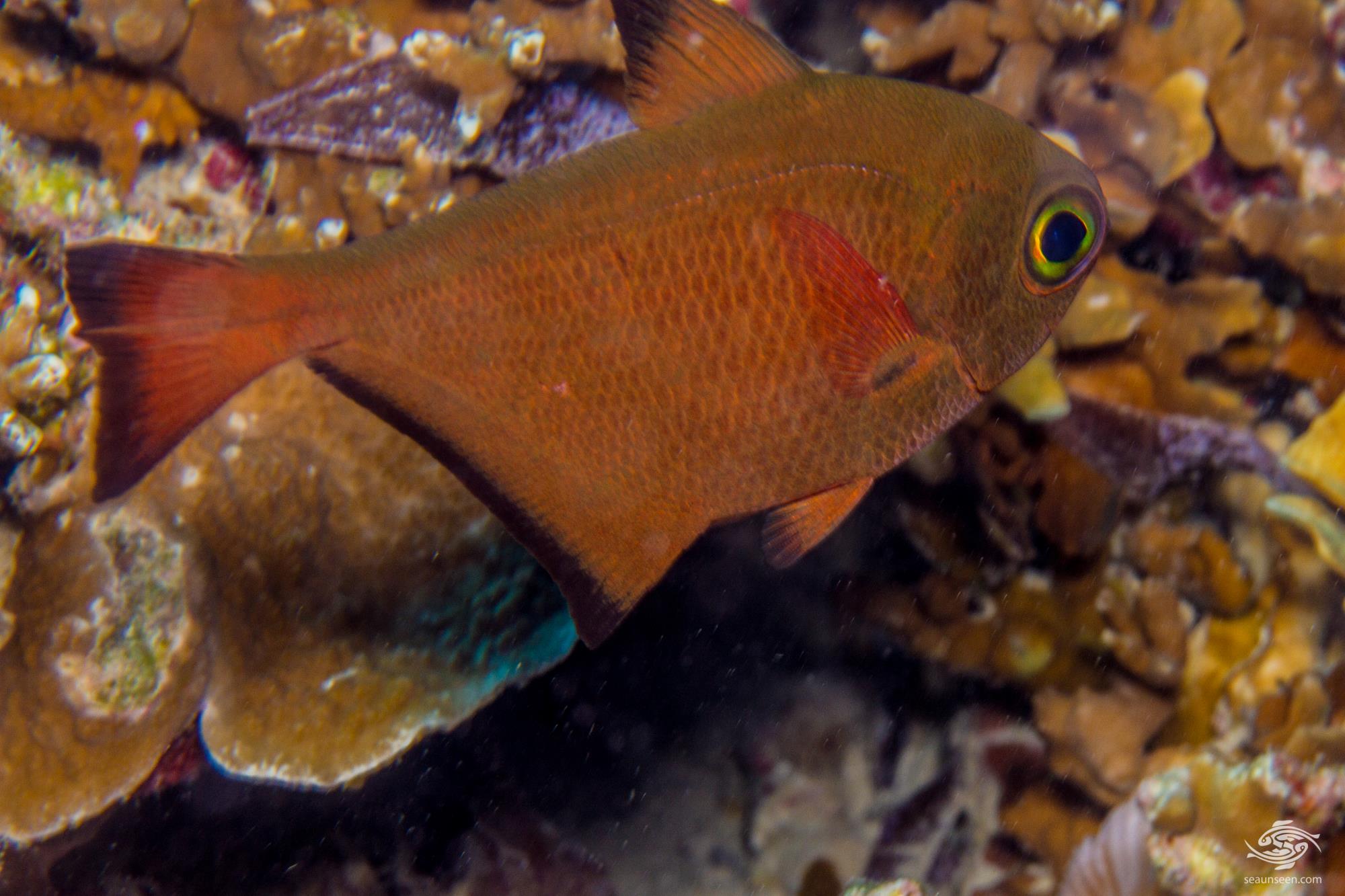 The Yelloweye Sweeper are nocturnal feeders , feeding mainly on zooplankton. Once it is dark they swim above the substrate and feed on the zooplankton.  Usually they feed singular but if there is a major planktonic event then they may feed in a shoal.

Little seems known about their breeding habits although it seems that with sweepers in general breeding is not tied to the moon cycles.

Yelloweye Sweeper are not commonly kept in private aquariums although they are very attractive looking fish and would certainly be easy to keep and feed. Possibly this will change with time.
READ OUR OTHER POSTS ON SWEEPERS HERE