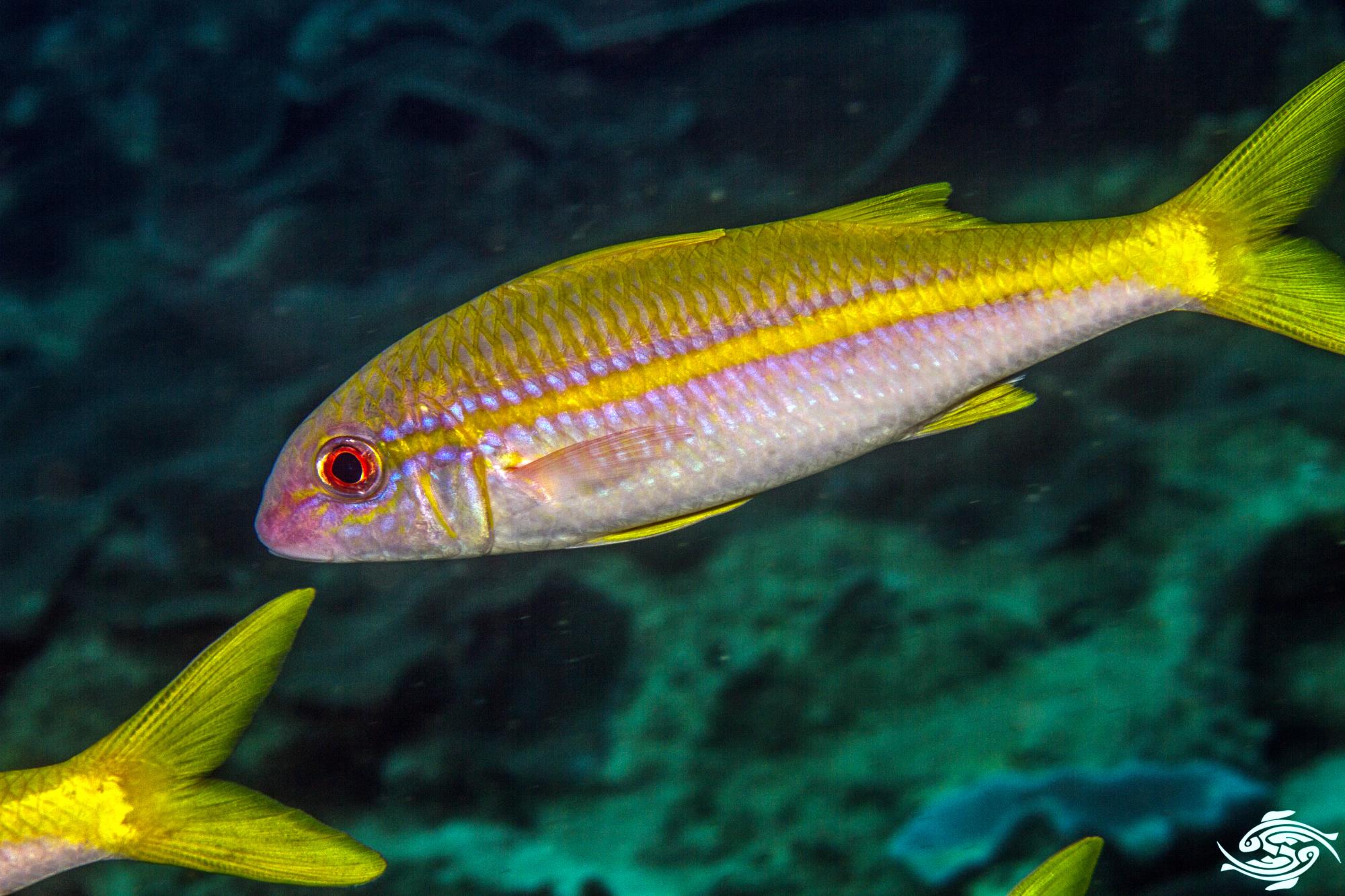 The Yellowfin goatfish (Mulloidychtys vanicolensis) is also known as the Golden banded goatfish and the Goldstripe goatfish. They are not common in Tanzanian coastal waters  and are only occasionally seen. Their habits differ from those of most other goatfish in that they are nocturnal feeders and form large shoals during the day. Goatfish all have a pair of retractable barbels or feelers that have sensory organs in them to detect prey. They all have proportionally long bodies with a deeply forked tail. 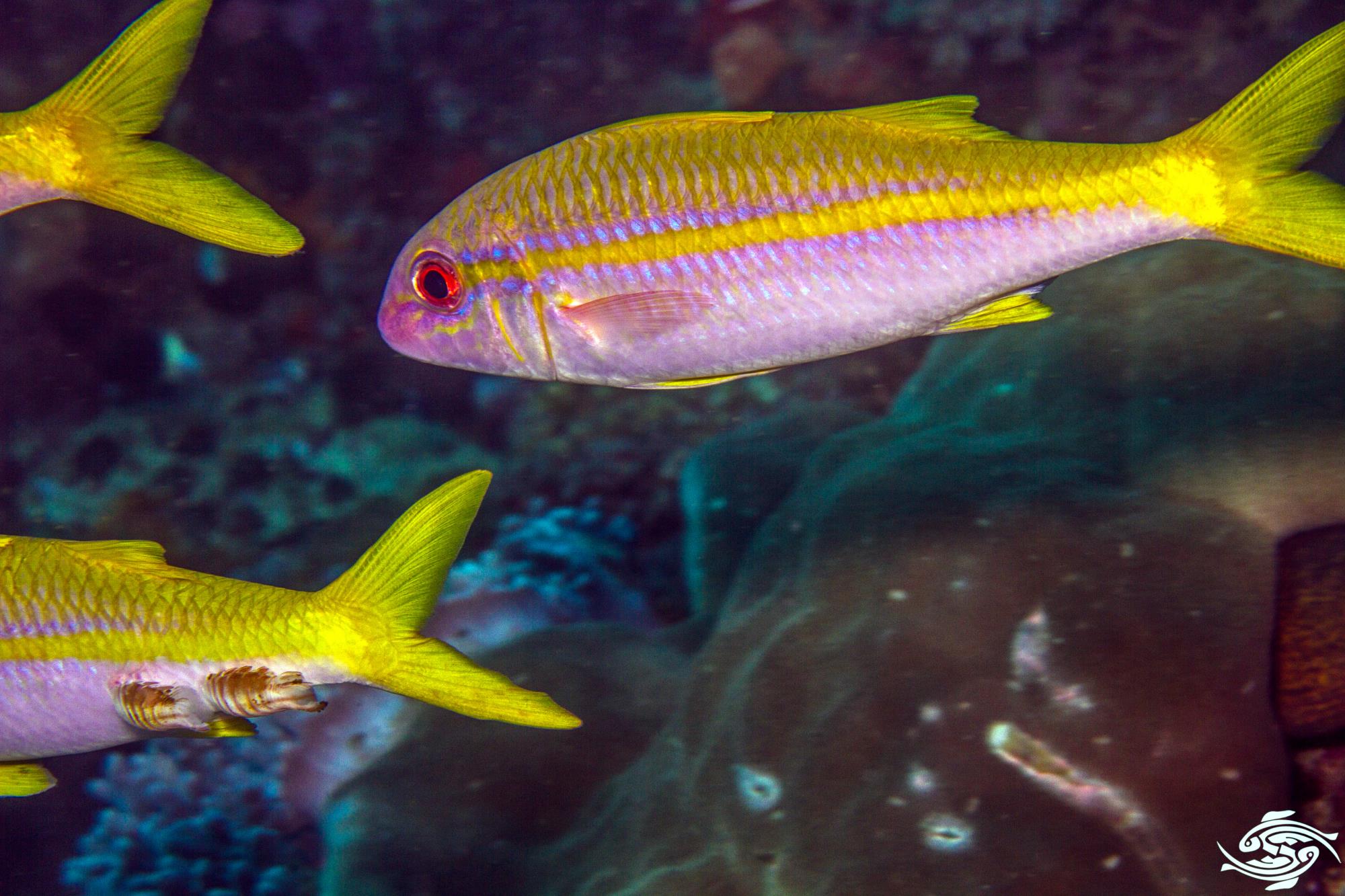 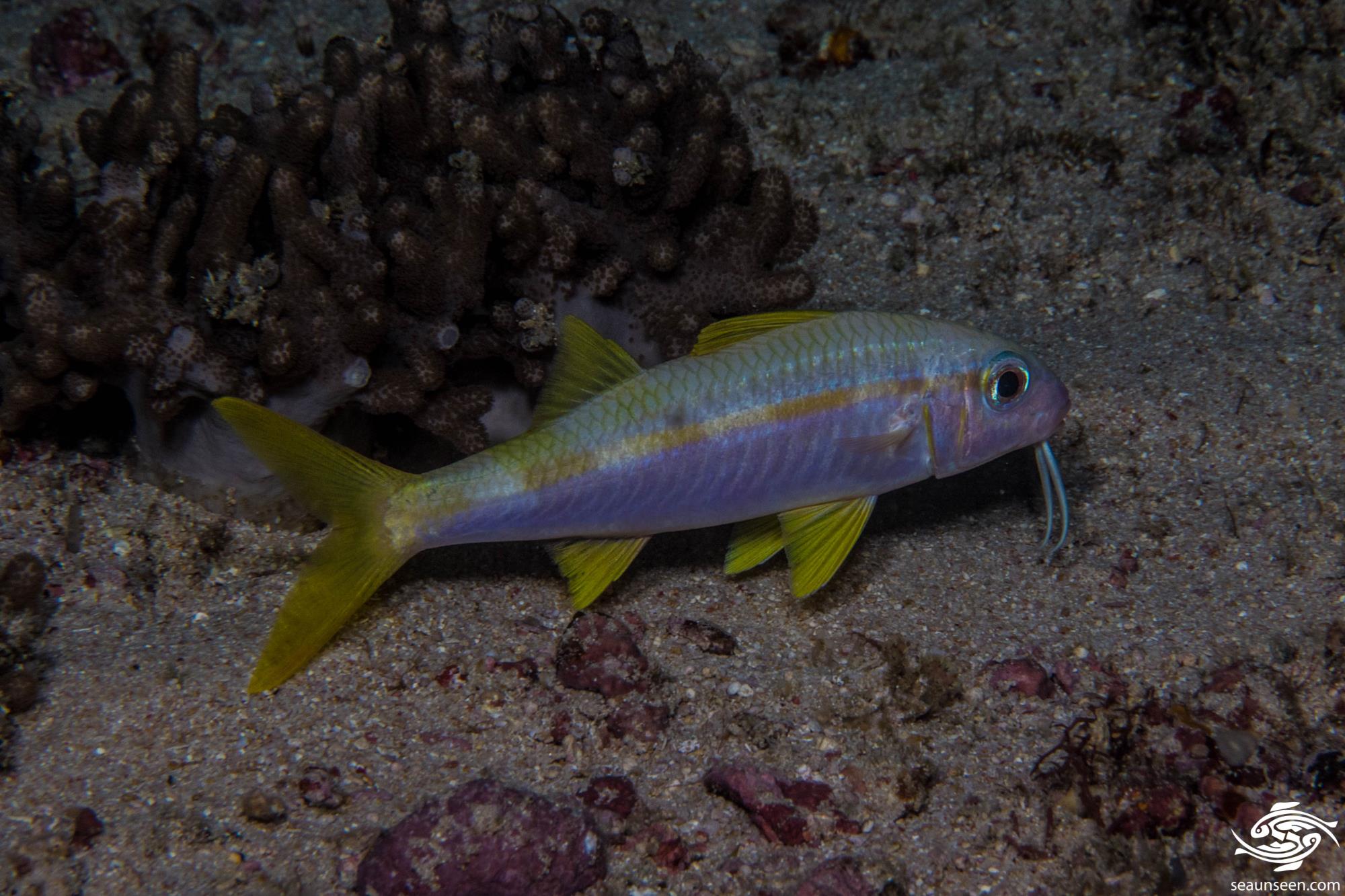 Most Goatfish have color change abilities and this species is no exception, at night feeding they drop the yellow color as pictured above and have the ability to go red as pictured below. 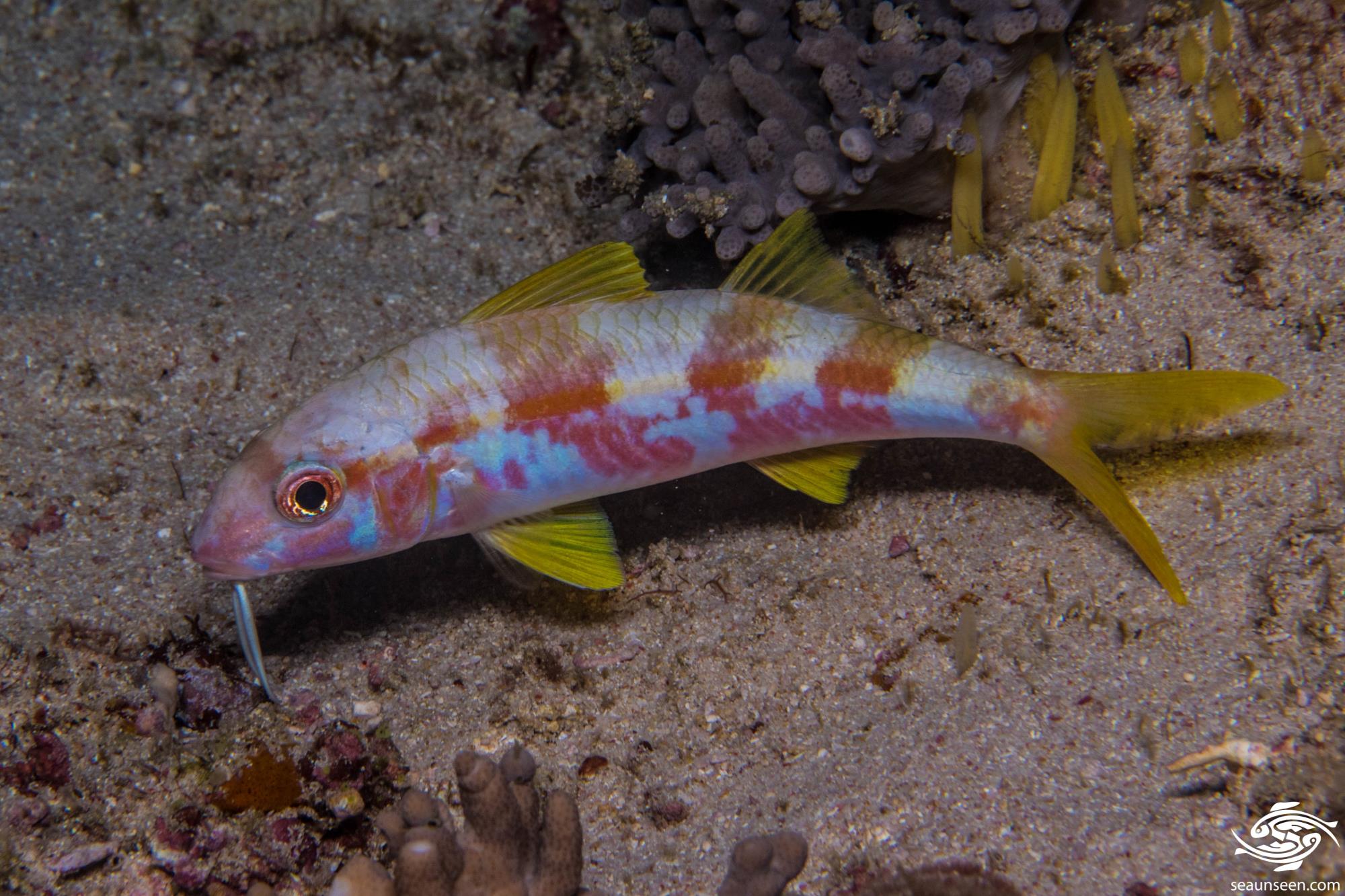 The above images are of the same specimen which has adjusted its color in a matter of seconds once the lights have gone on it. 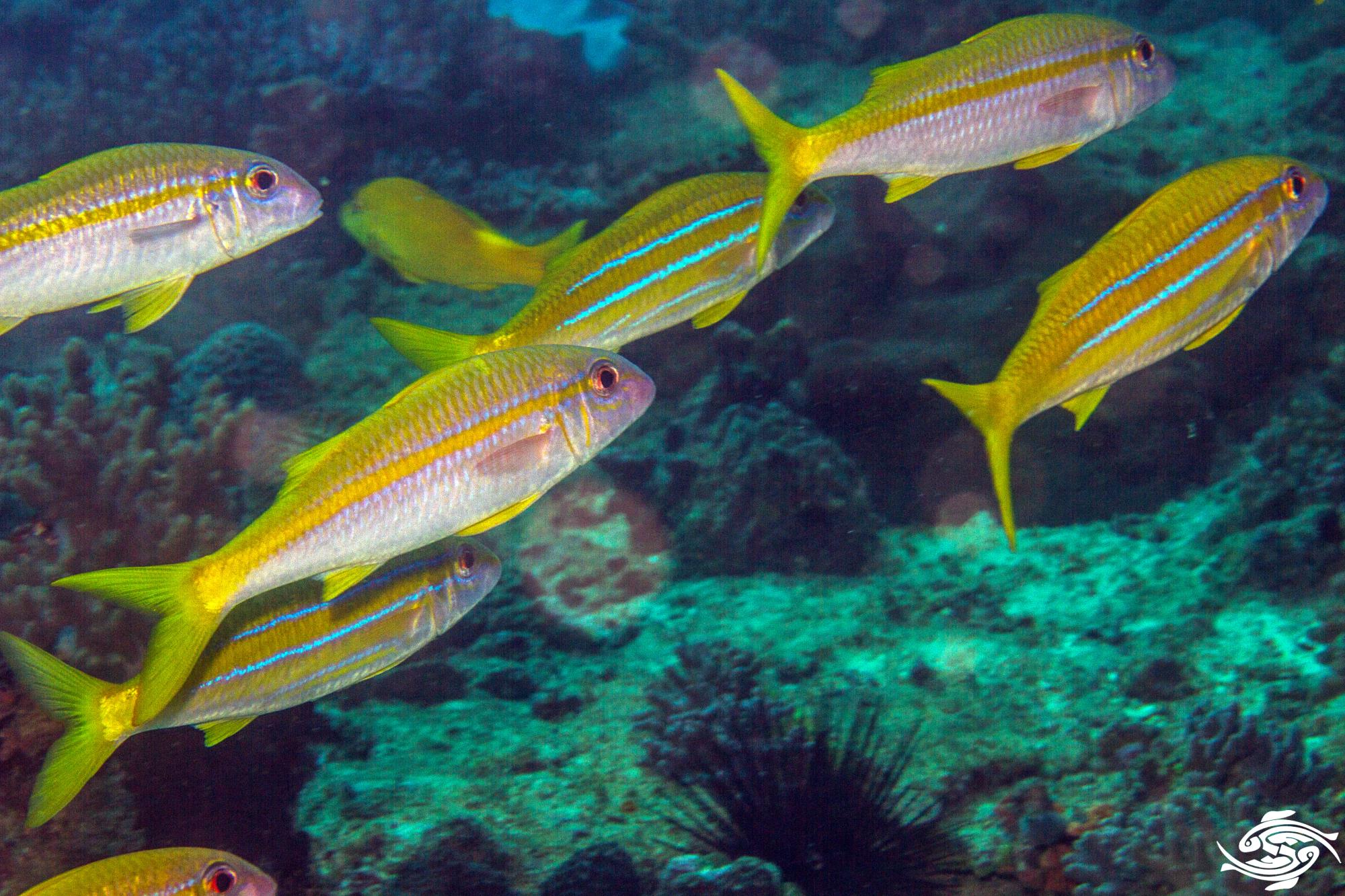 YELLOWFIN GOATFISH IN THE WILD

The Yellowfin goatfish is a nocturnal feeder and forms large shoals during the day , often shoaling with Yellowback Fusilier (Caesio xanthonota)and the Indian mimic goatfish (Mulloidychtys ayliffe).  These shoals are extremely attractive and they will sometimes swill around divers which is quite an experience. 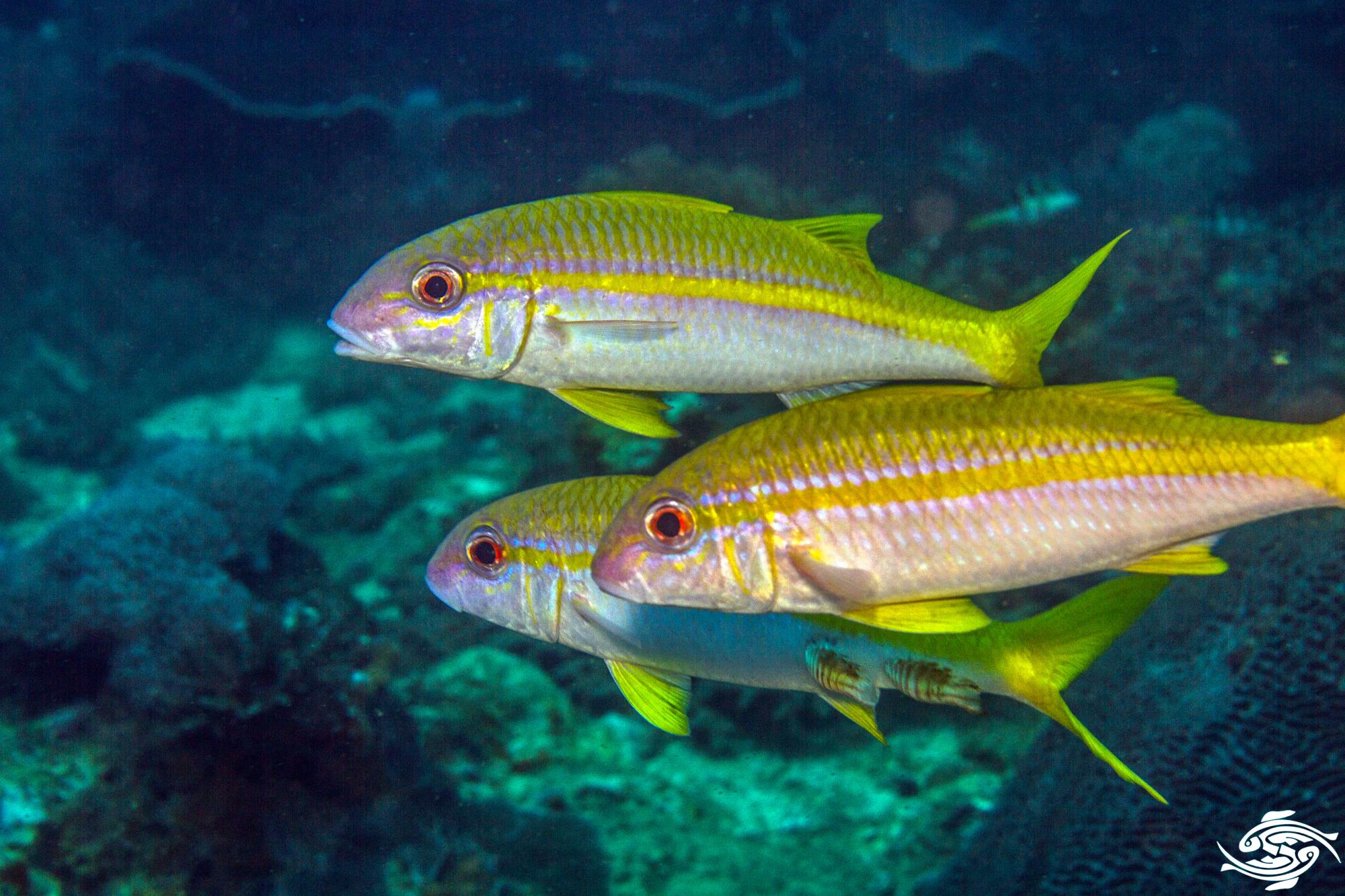 The Yellowfin goatfish is found across the Indo Western Pacific  Ocean. They are found from East Africa across to Australia and north to Japan. They are also found in Hawaii and French Polynesia. 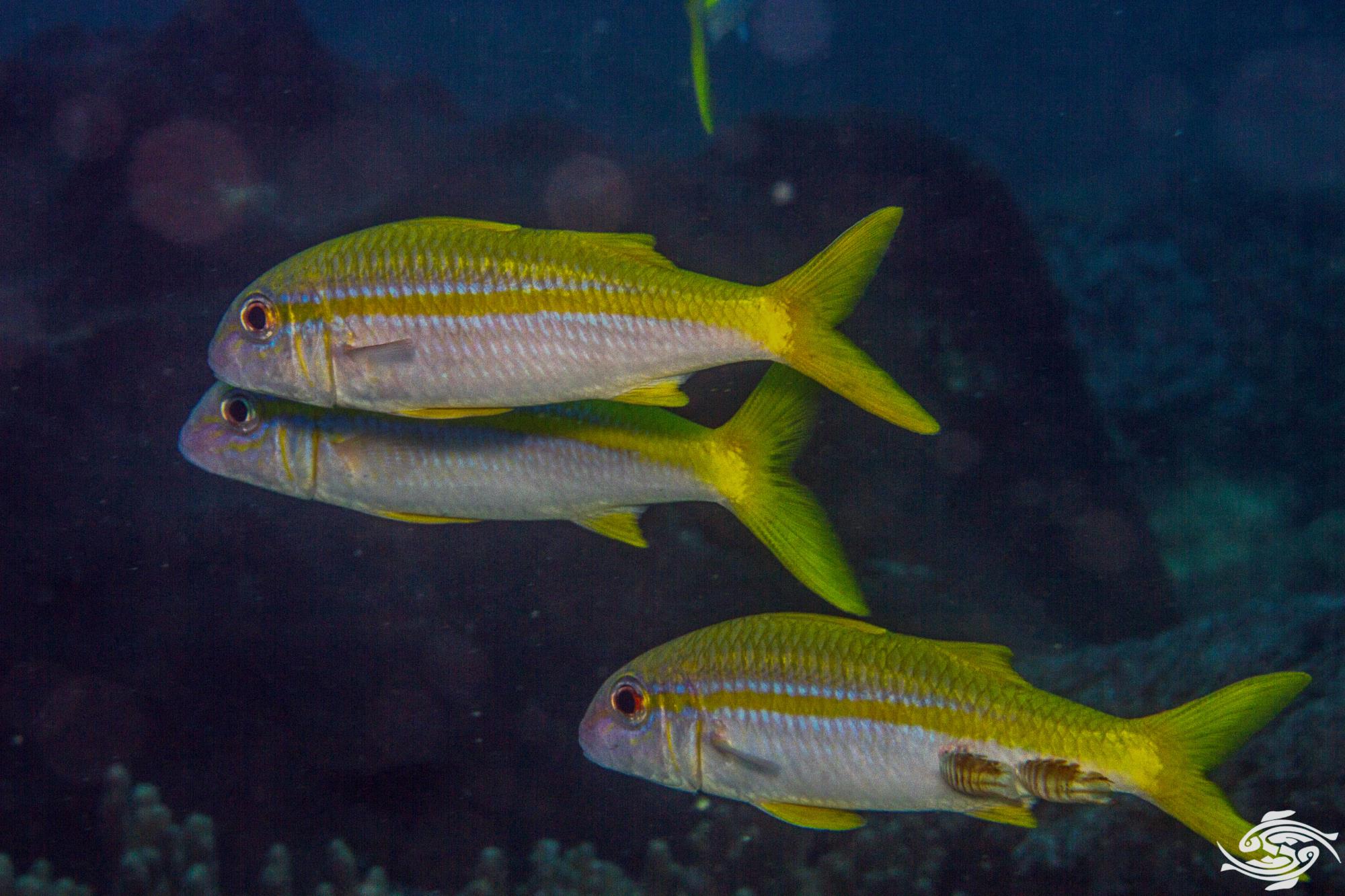 The Yellowfin goatfish feed on worms and small crustaceans. During the day they swim above the reef, however at night the descend onto the substrate to hunt for food. Once they begin searching an area the comb it quite meticulously with their barbels. The barbels are quite prehensile and they have a large degree of control over them. Both seem to operate independently and if they allow one to get close while feeding, it is quite interesting to watch them. 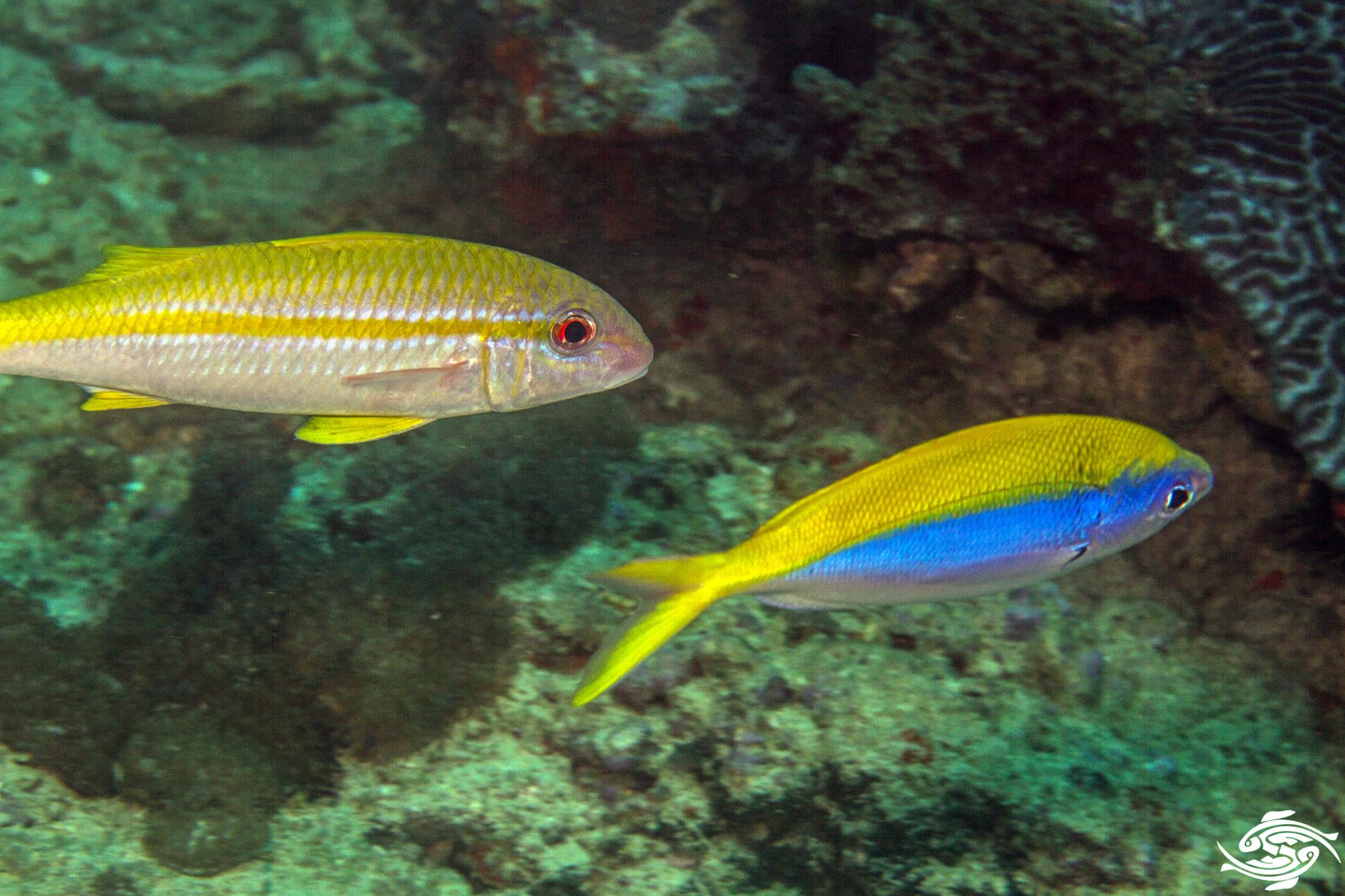 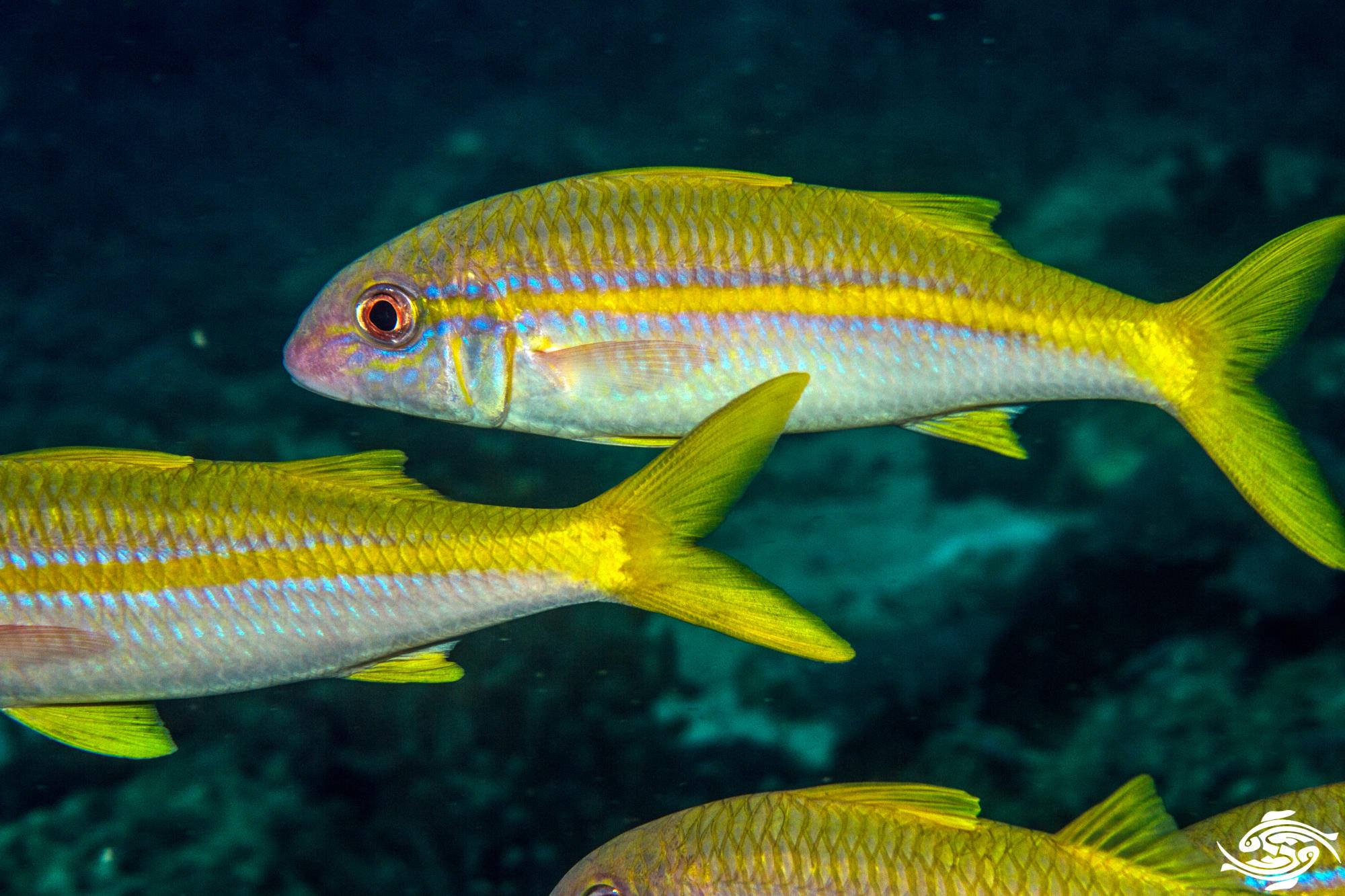 Yellowfin Goatfish are not commonly kept in aquariums and their potential size of 38 cm they would require a large tank with large tank mates as a prerequisite. Because of their tendency to root around they are not suitable for reef tanks and rocks would have to be be well anchored. 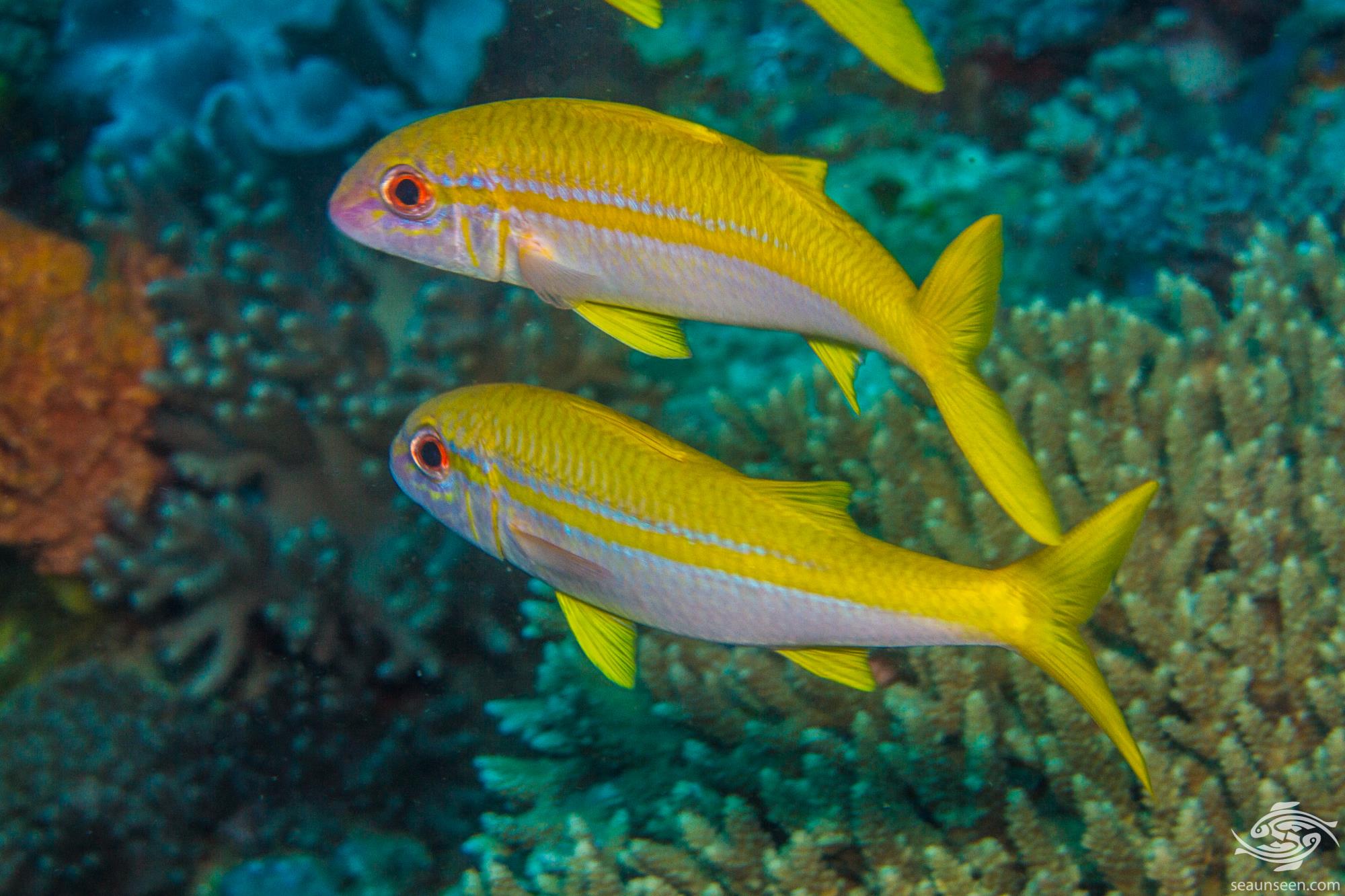 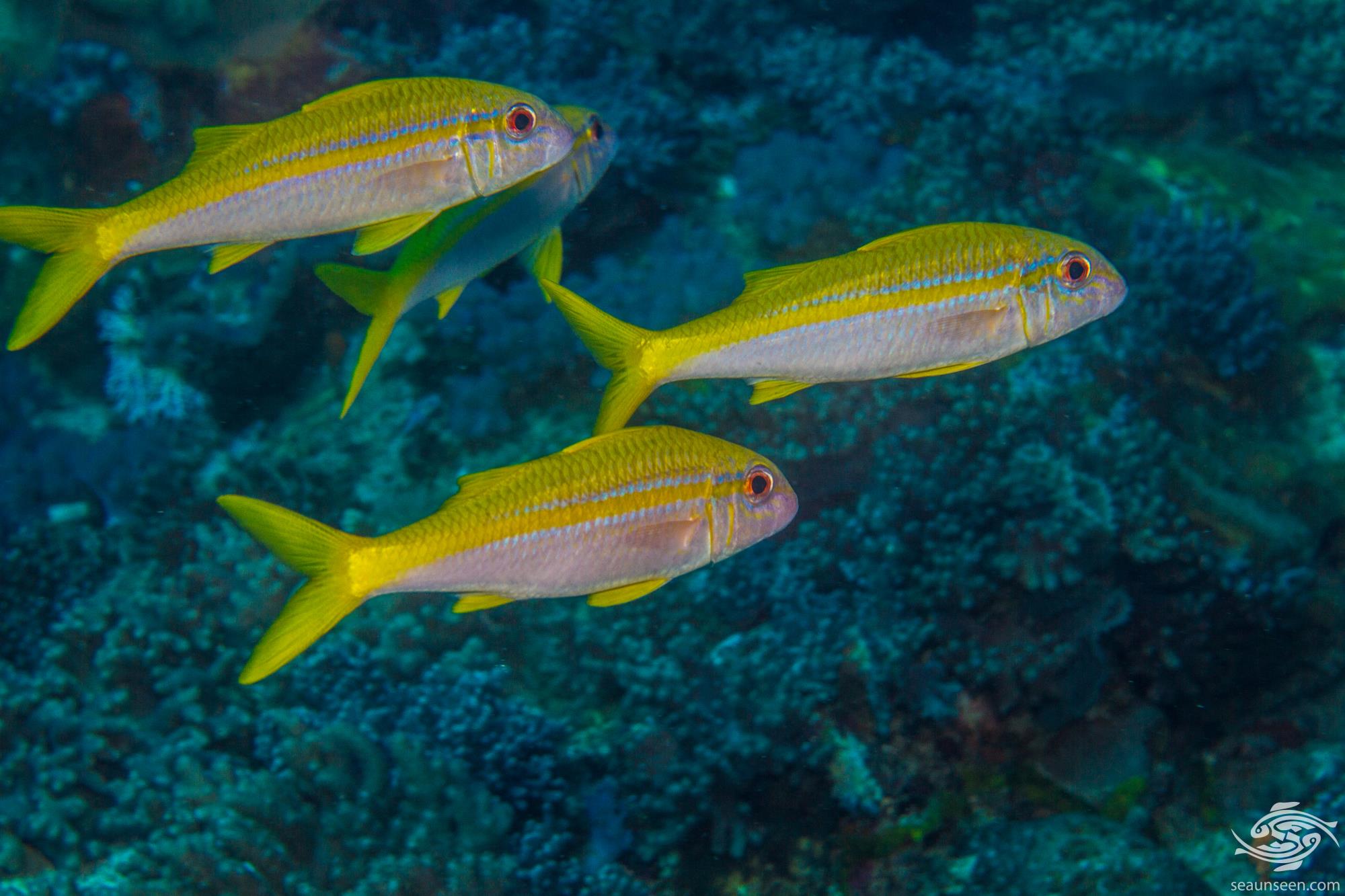