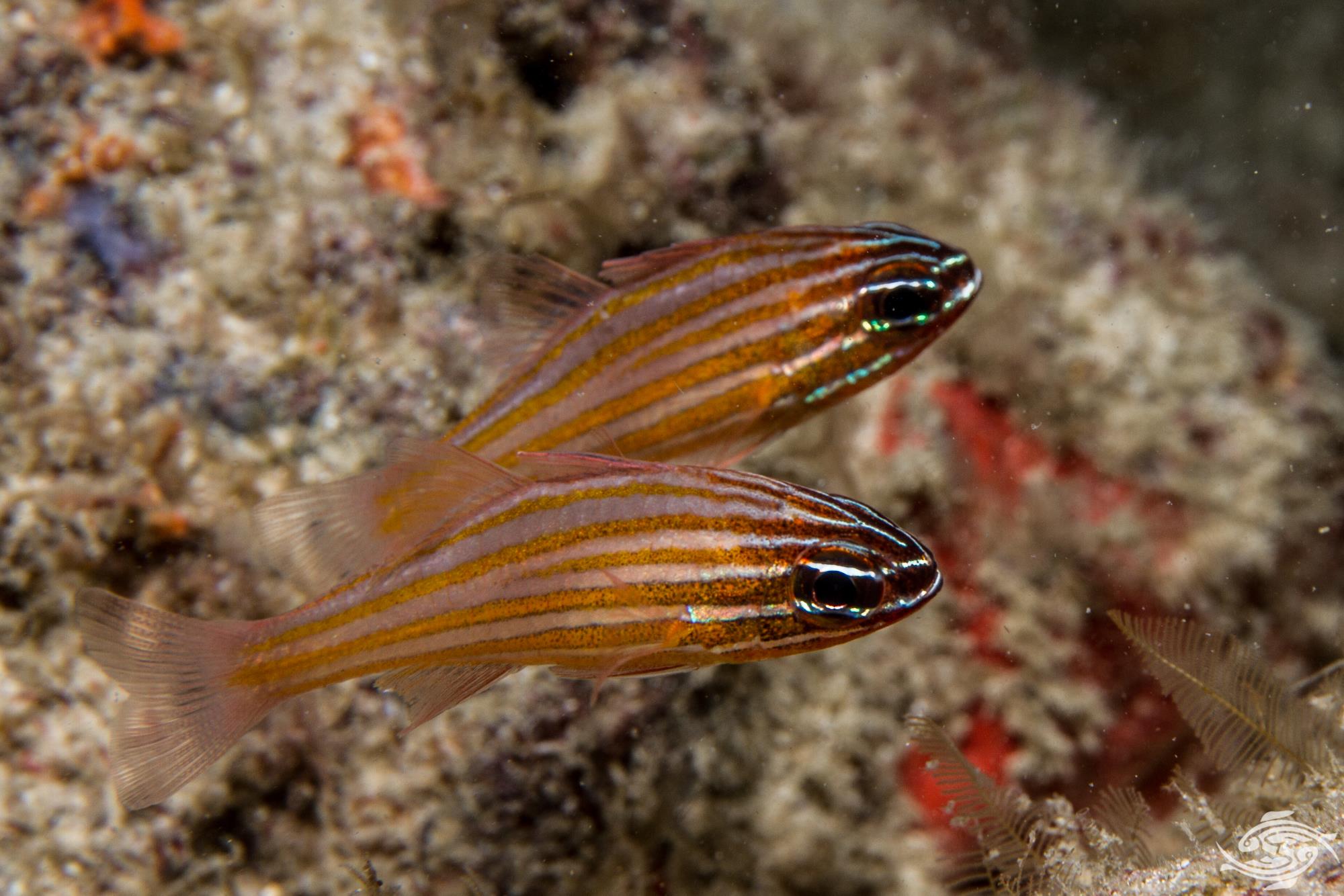 The Yellowstriped Cardinalfish has proportionally large eyes and have two dorsal fins. The dorsal and caudal fins are translucent with a yellow orange tint. Their background colour is silver with six prominent yellow orange lines running horizontally across the body. On the eye the lines have a silver tint. They grow up to 25 cm in length. 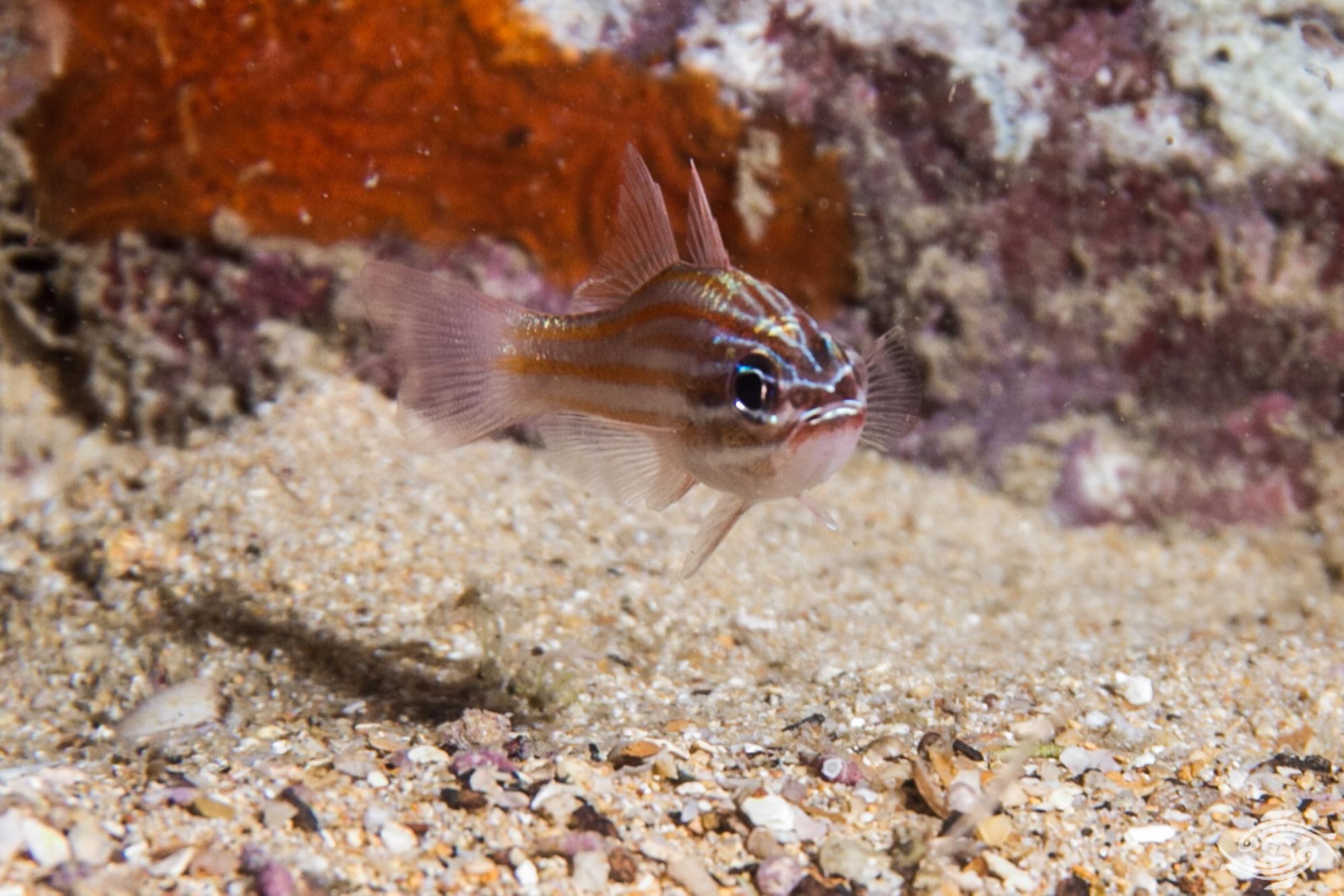 During  the day the Yellowstriped cardinalfish will usually be found around an over hang or in a cave. During the day they form aggregations but are usually solitary or occasionally in pairs at night.

Occasionally they will be seen in the spines of urchins but they prefer over hangs and caves. They are nocturnal feeders and are commonly seen out in the open on night dives in Tanzanian waters. 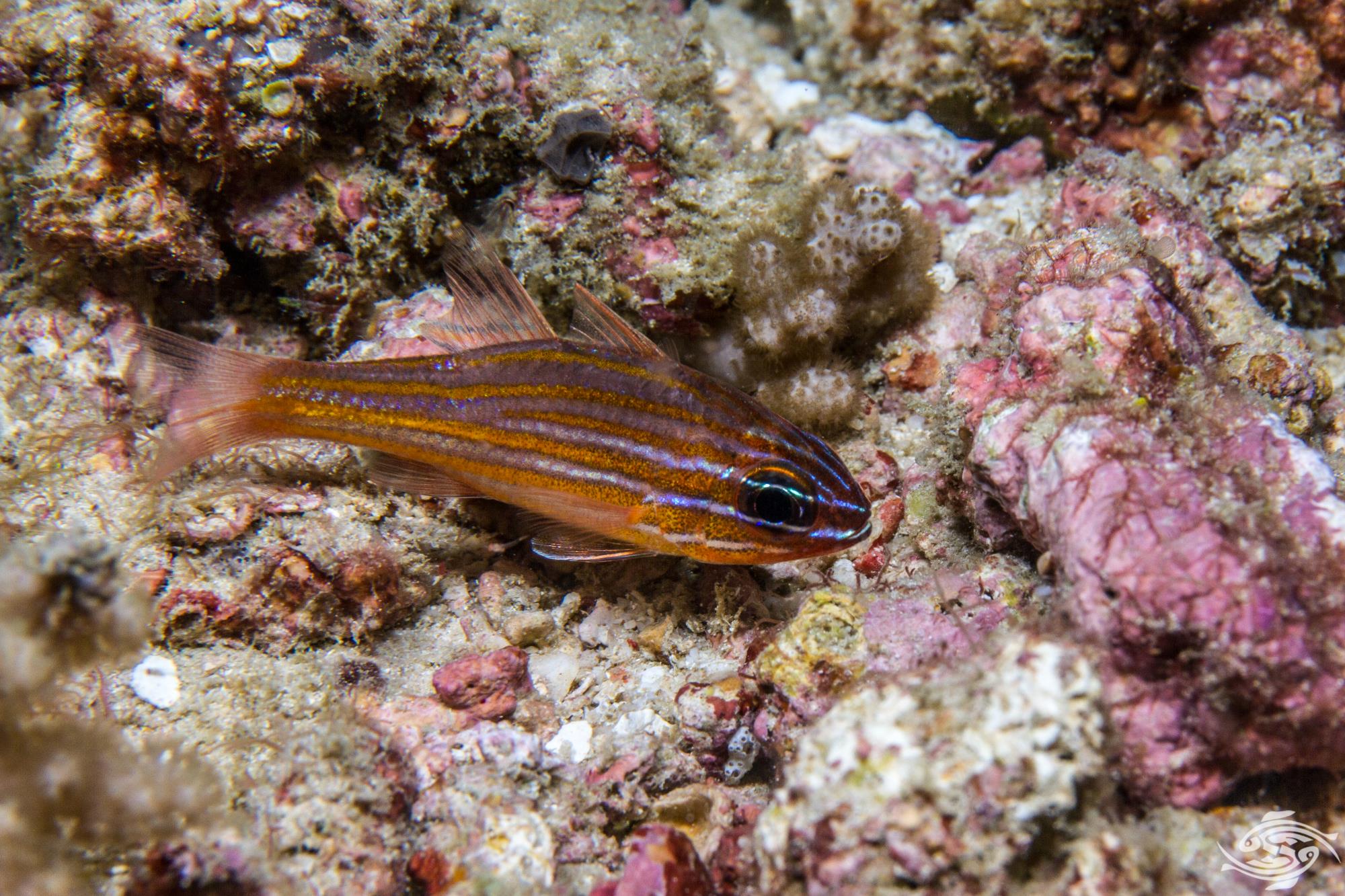 The Yellowstriped cardinalfish is found across the Indian ocean and in the west Pacific. They are found between depths of 1-30 meters. 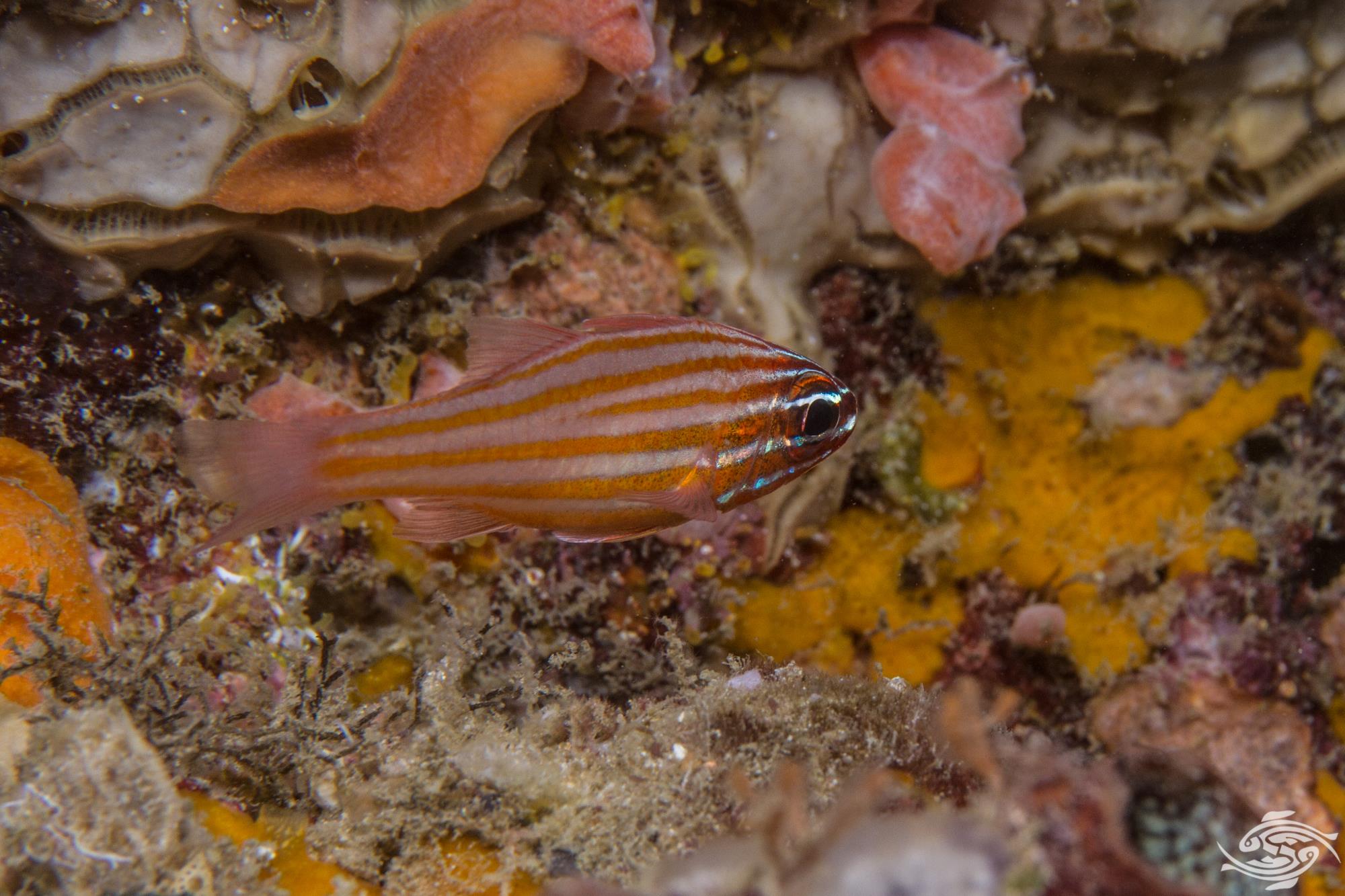 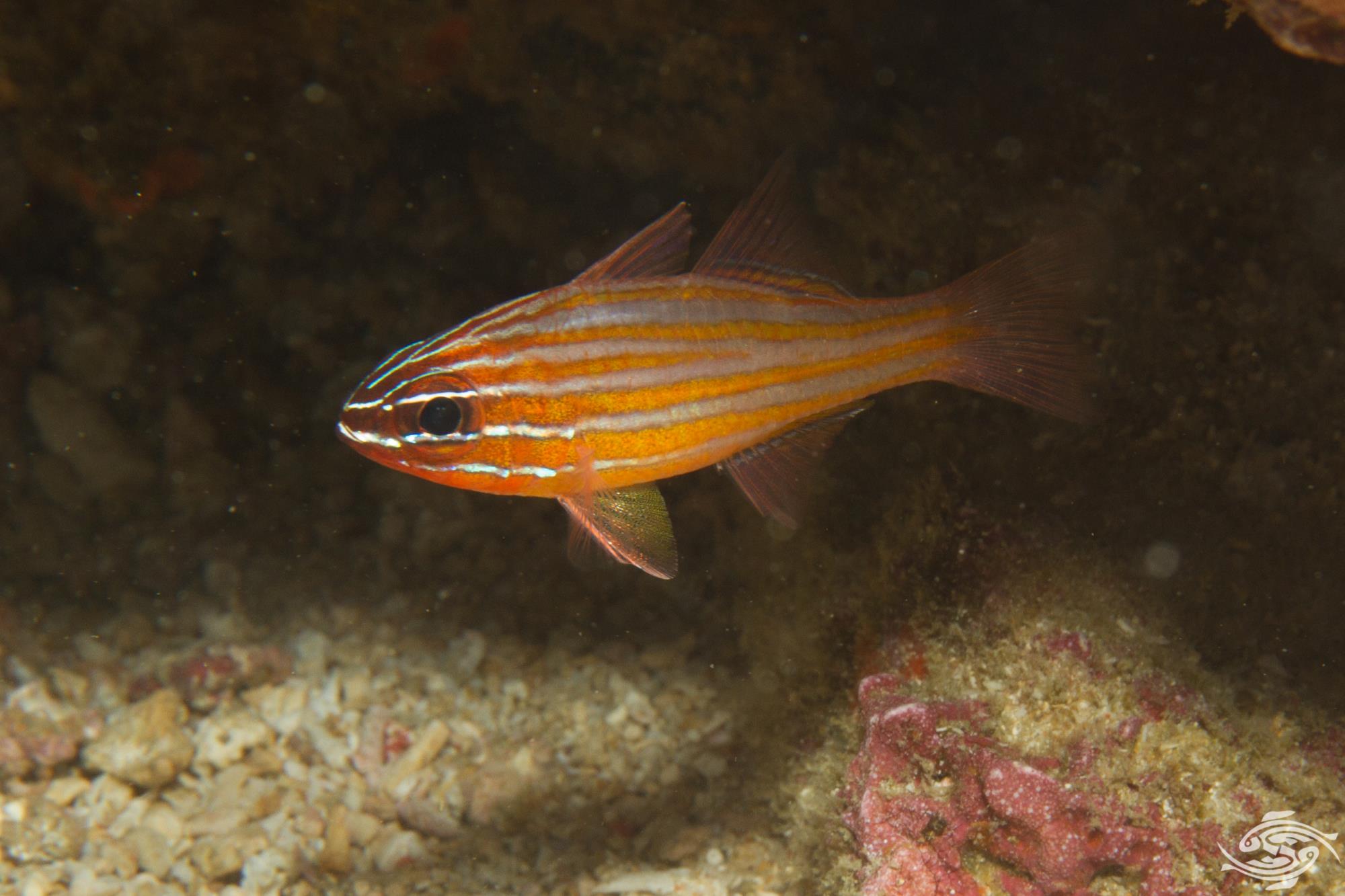 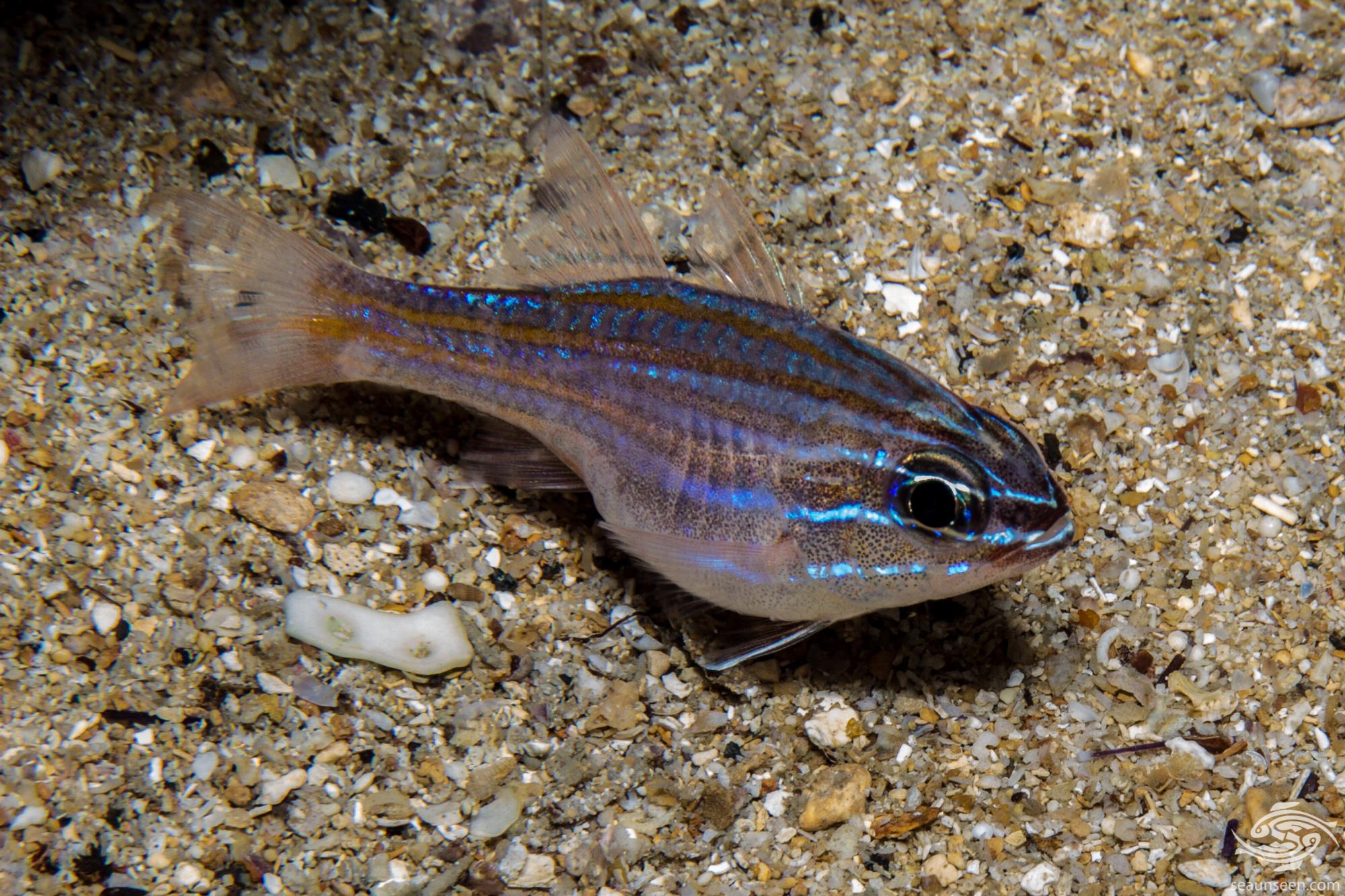 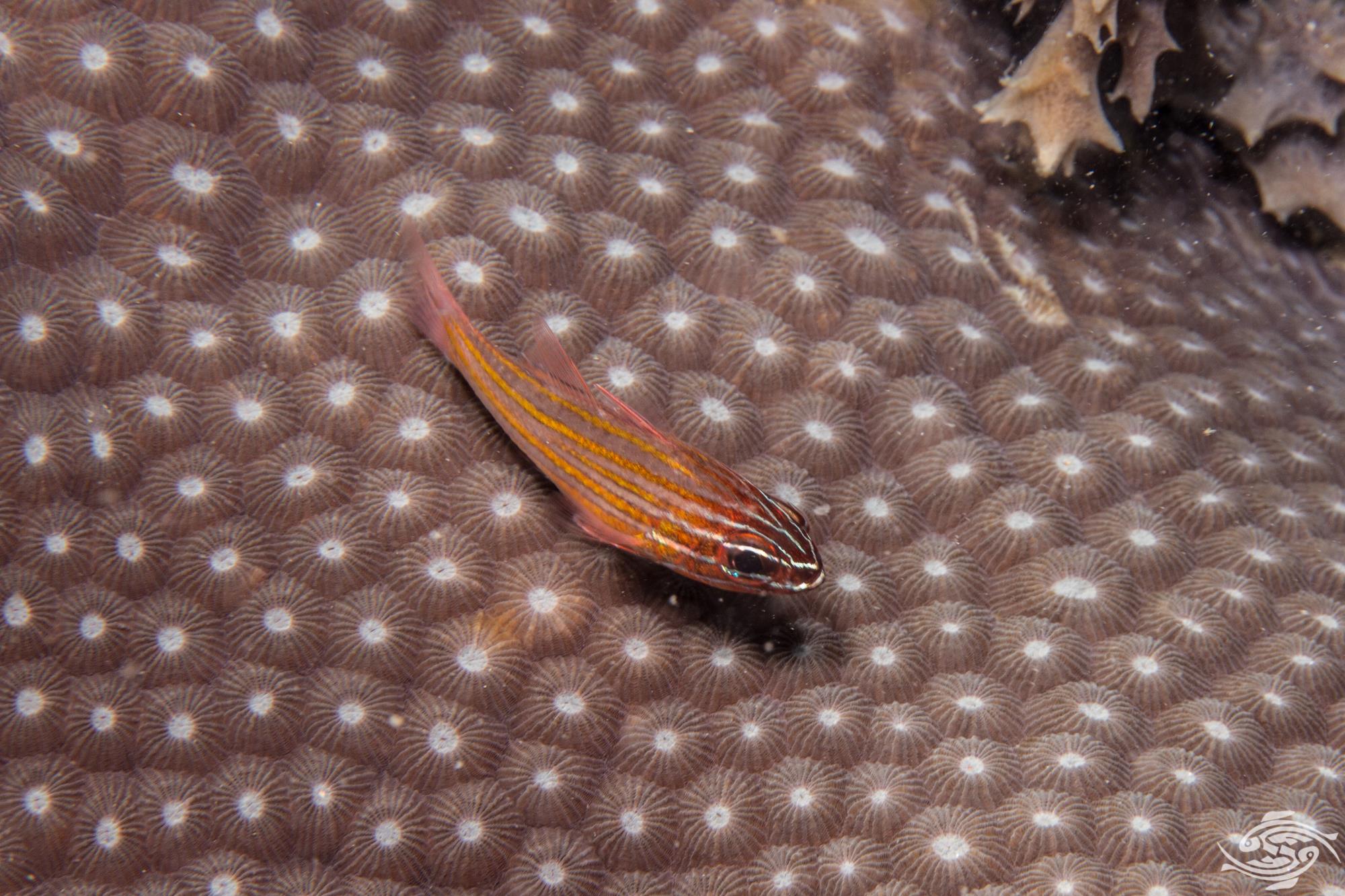 Yellowstriped cardinals are peaceful fish and prefer being in small groups. Being nocturnal feeders they are slightly reclusive during the day. They will eat small crustaceans and therefore are not technically reef safe. The have been bred in captivity by breeders such as Orafarm where they are occasionally available. 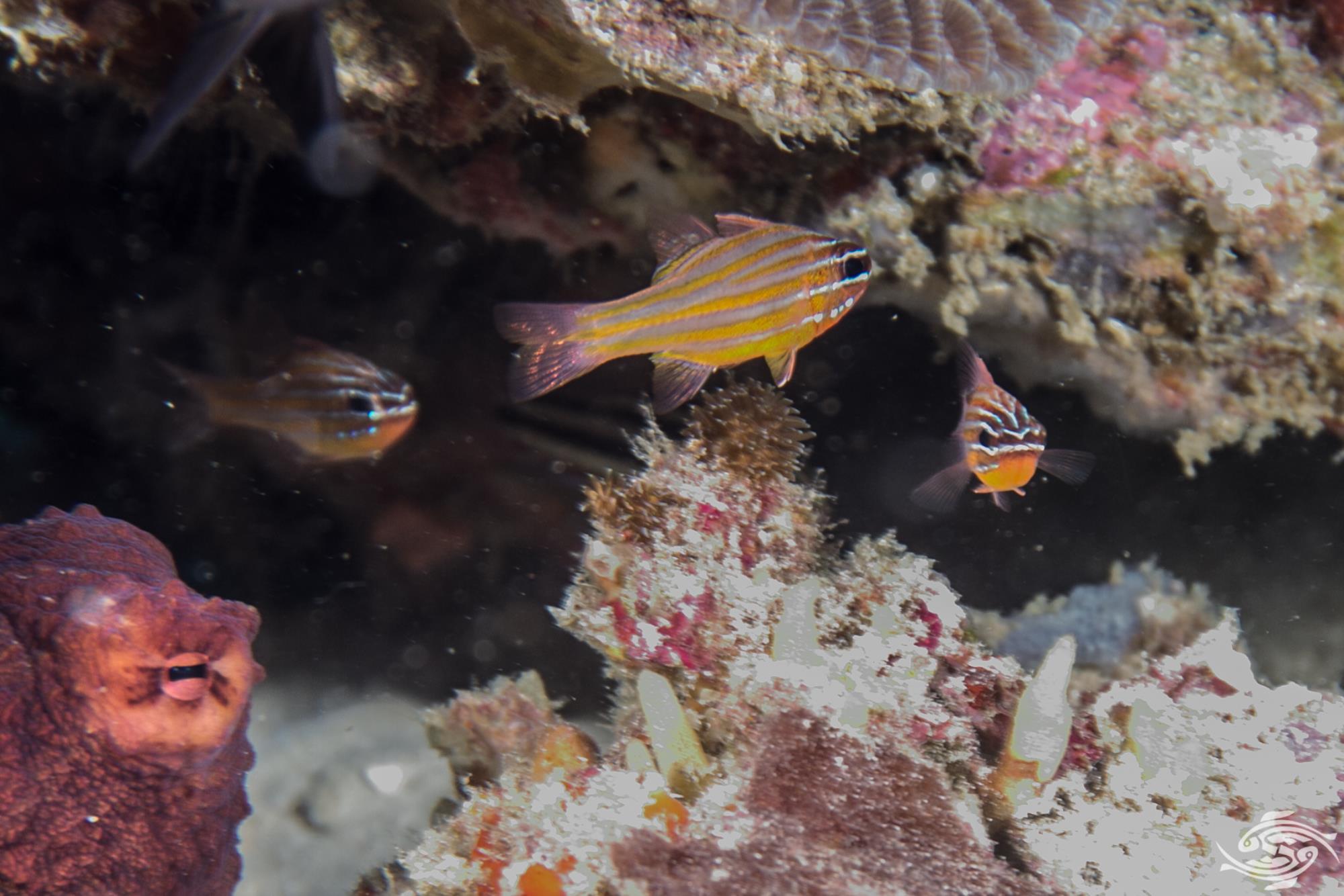 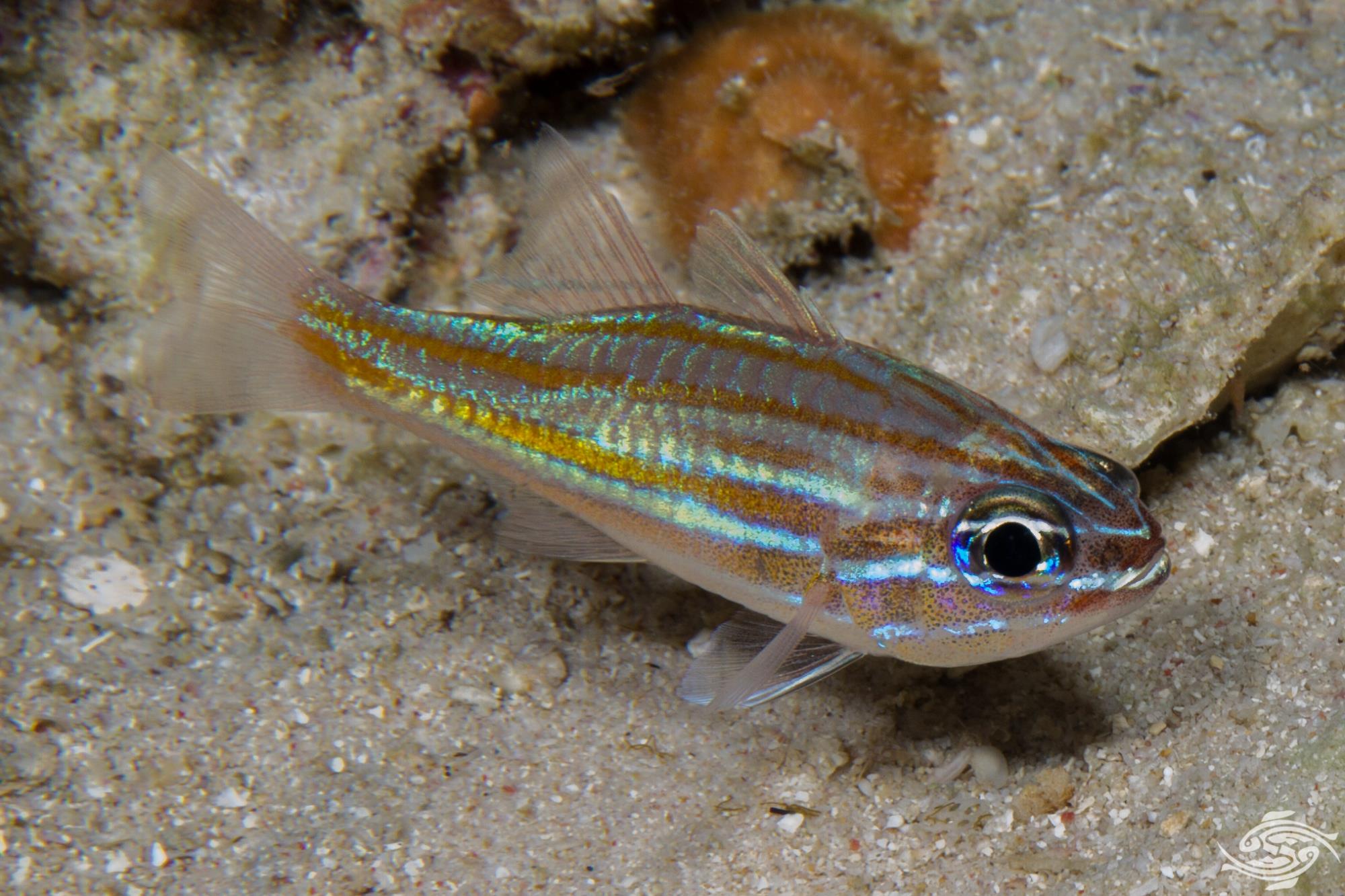