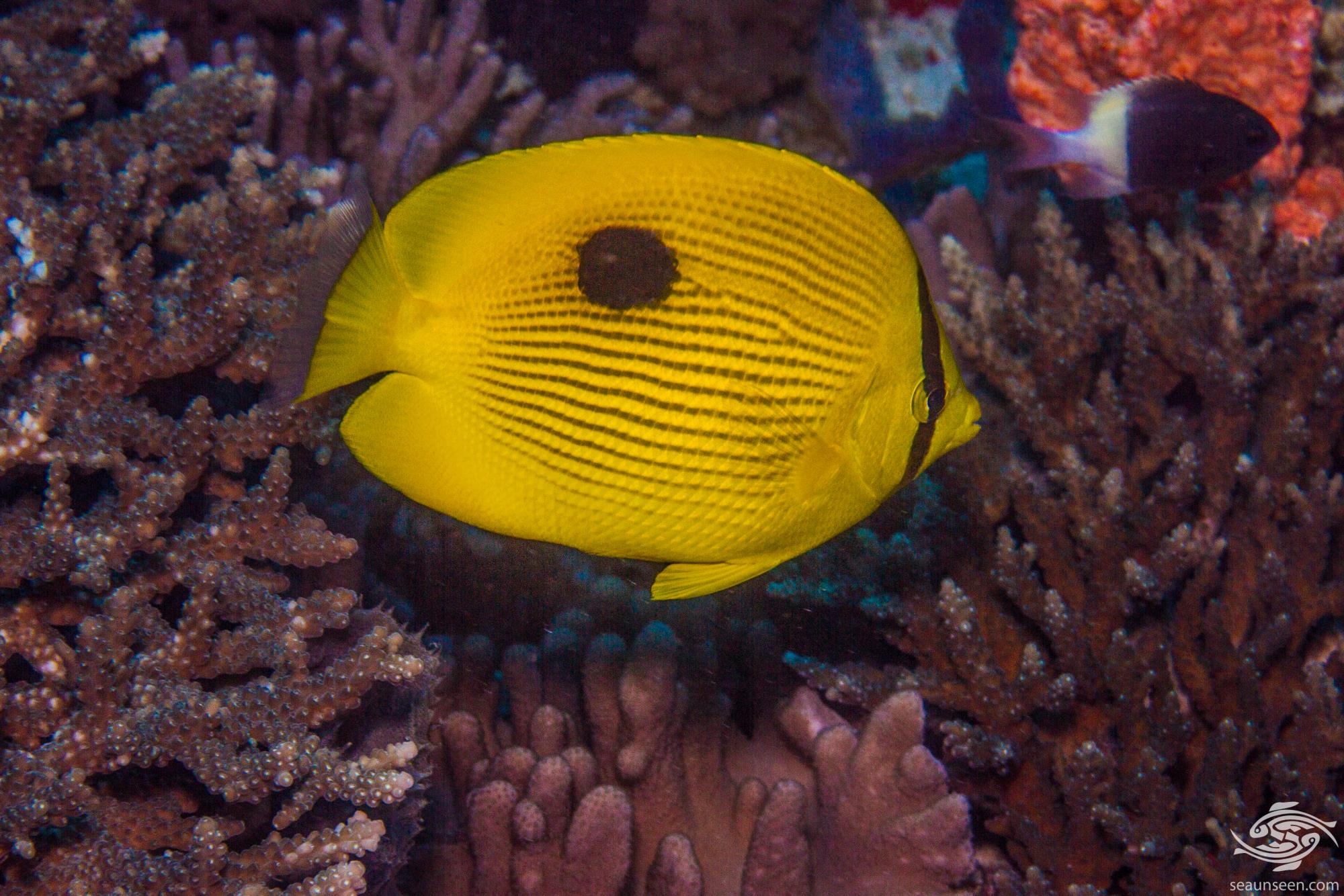 The Zanzibar Butterflyfish (Chaetodon zanzibarensis) is not that common on the coast of mainland Tanzania but is fairly common on Zanzibar and Mafia Island. They are colorful fish and are easy to spot from a distance on the reef. 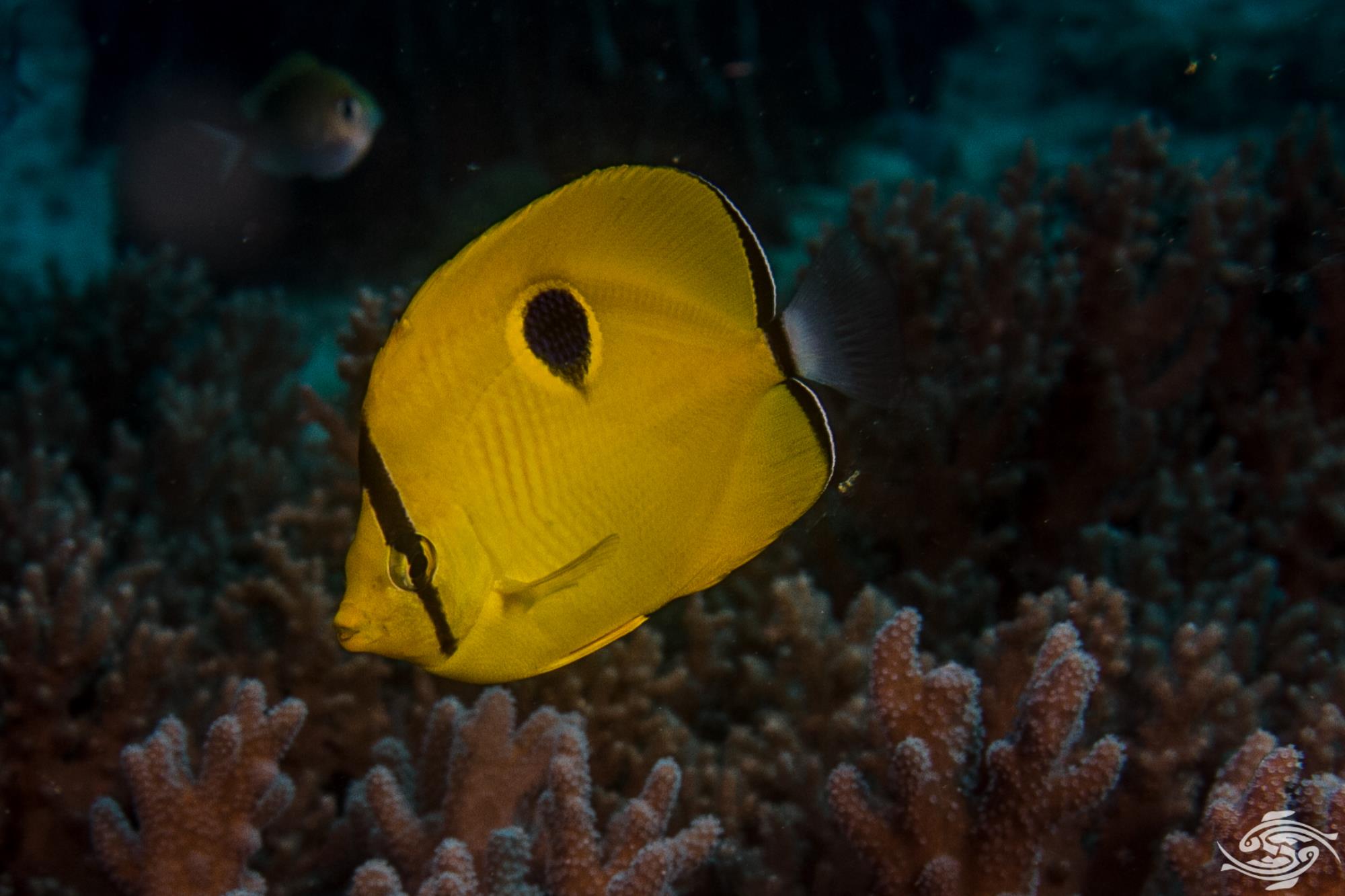 The body of the Zanzibar Butterflyfish is a typical butterflyfish shape, laterally compressed and oval with a pointed nose. The main body color is yellow with lines of small black dots running horizontally across the body. There is a large black spot on the upper flank and a black horizontal bar runs through the eye.  The rear of the caudal fin is a translucent colour. They have a pointed snout with sharp, narrow teeth and grow to up to 12 cm in length. It is impossible to sex them from their looks. 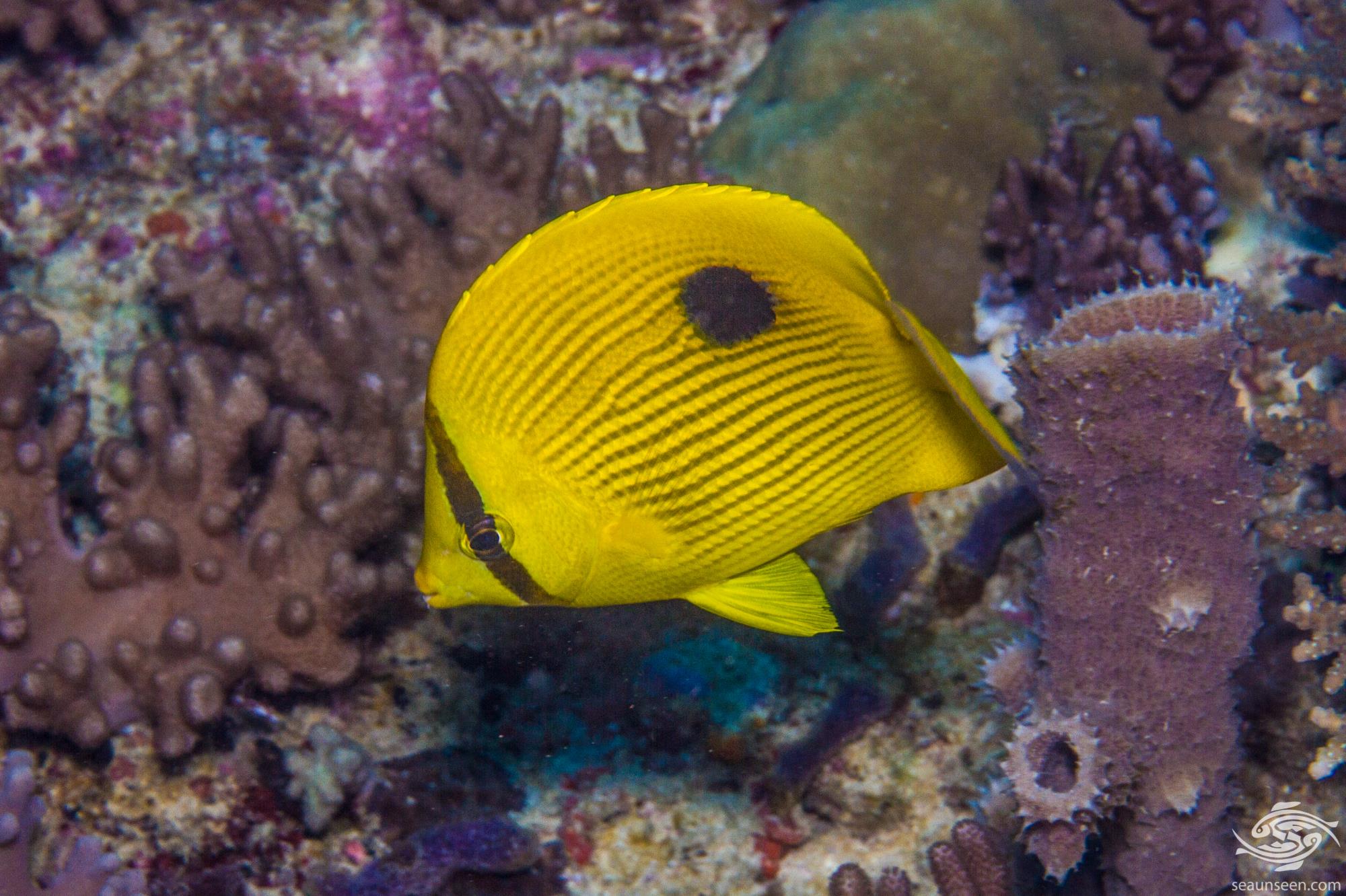 ZANZIBAR BUTTERFLYFISH IN THE WILD

Zanzibar Butterflyfish are more often than not seen singularly but they are seen in pairs.  They are usually found from 10 meters downwards to 20 meters. Usually they are seen in areas with abundant acropora corals. They are fairly shy fish and are not that easy to get close to. Usually they will swim off if they feel a diver is following them. They will usually make short fast darts at the acropora corals, biting off the polyps and move off onto another formation once they have tried their luck. 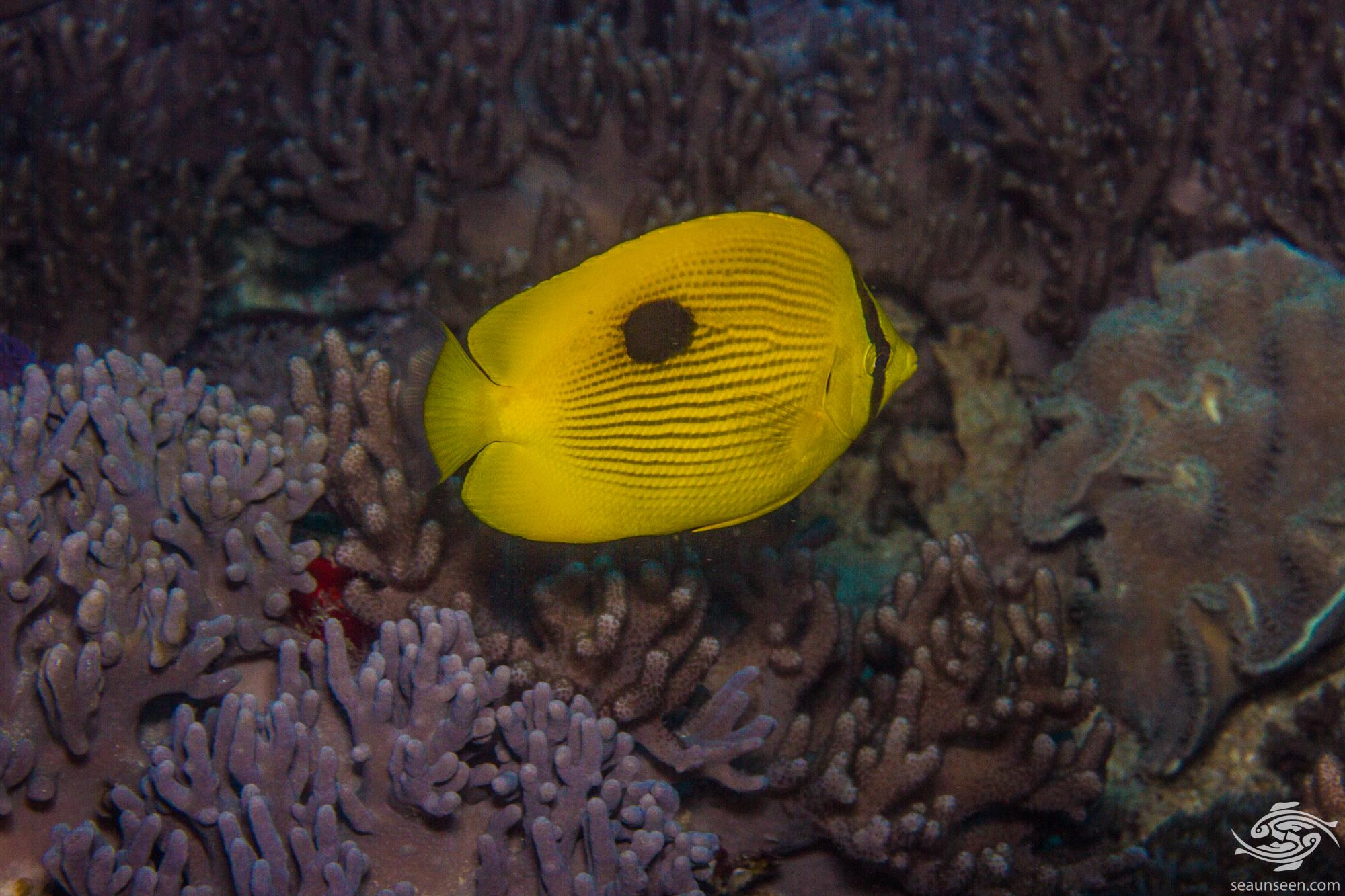 Zanzibar Butterflyfish are found from South Africa north to Somalia and across to the Chagos Islands,  Seychelles, Reunion, Mauritius Comoros and Madagascar.  They are usually found from 10 to 20 meters in depth in Tanzanian waters. 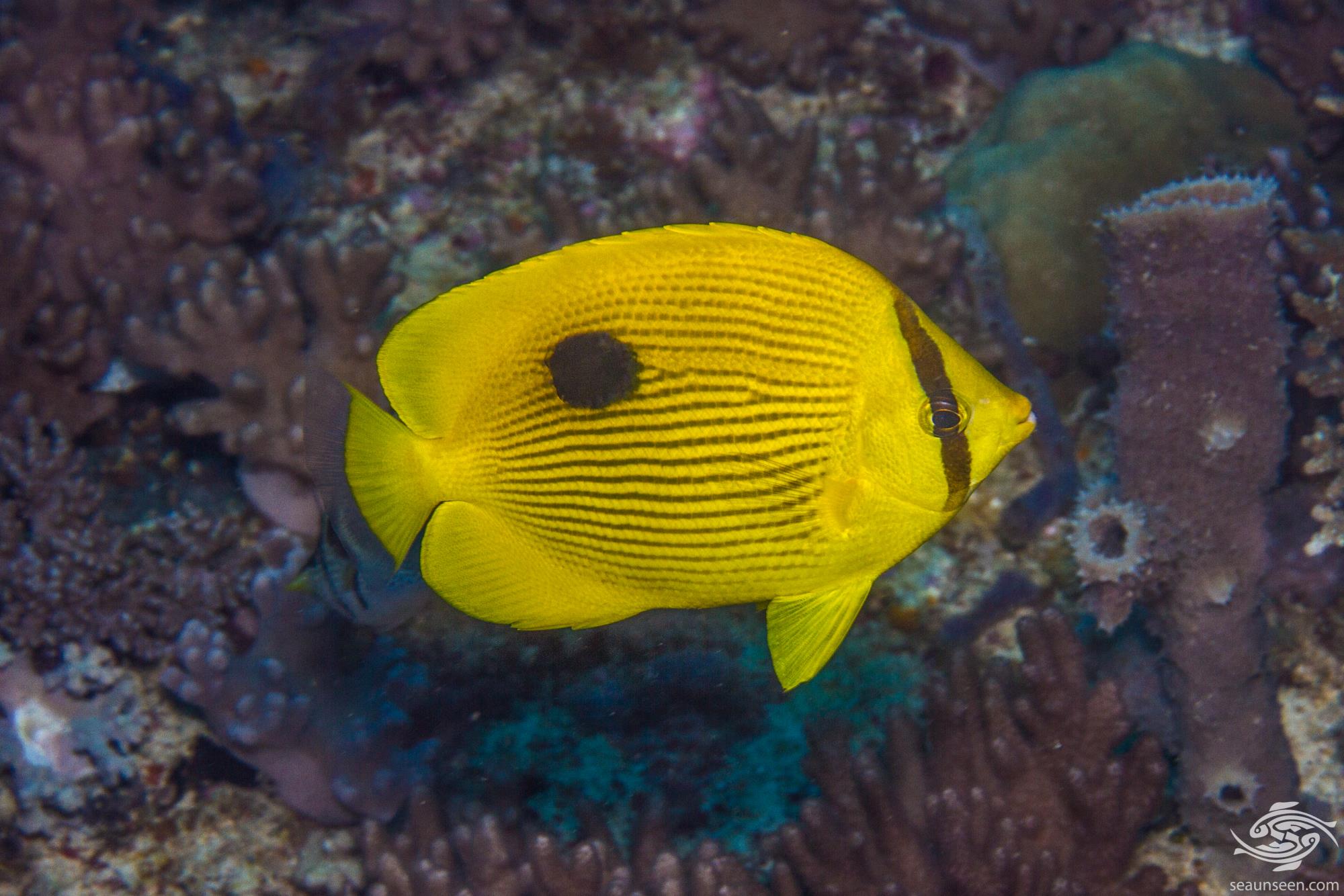 Little is known about the mating habits of the Zanzibar Butterflyfish. As they are often seen in pairs it is assumed that they form monogamous pairs and keep the same mates, although they will find a new mate if one dies. The female swells with eggs and spawning takes place by scattering into the water table with the male fertilizing the eggs. 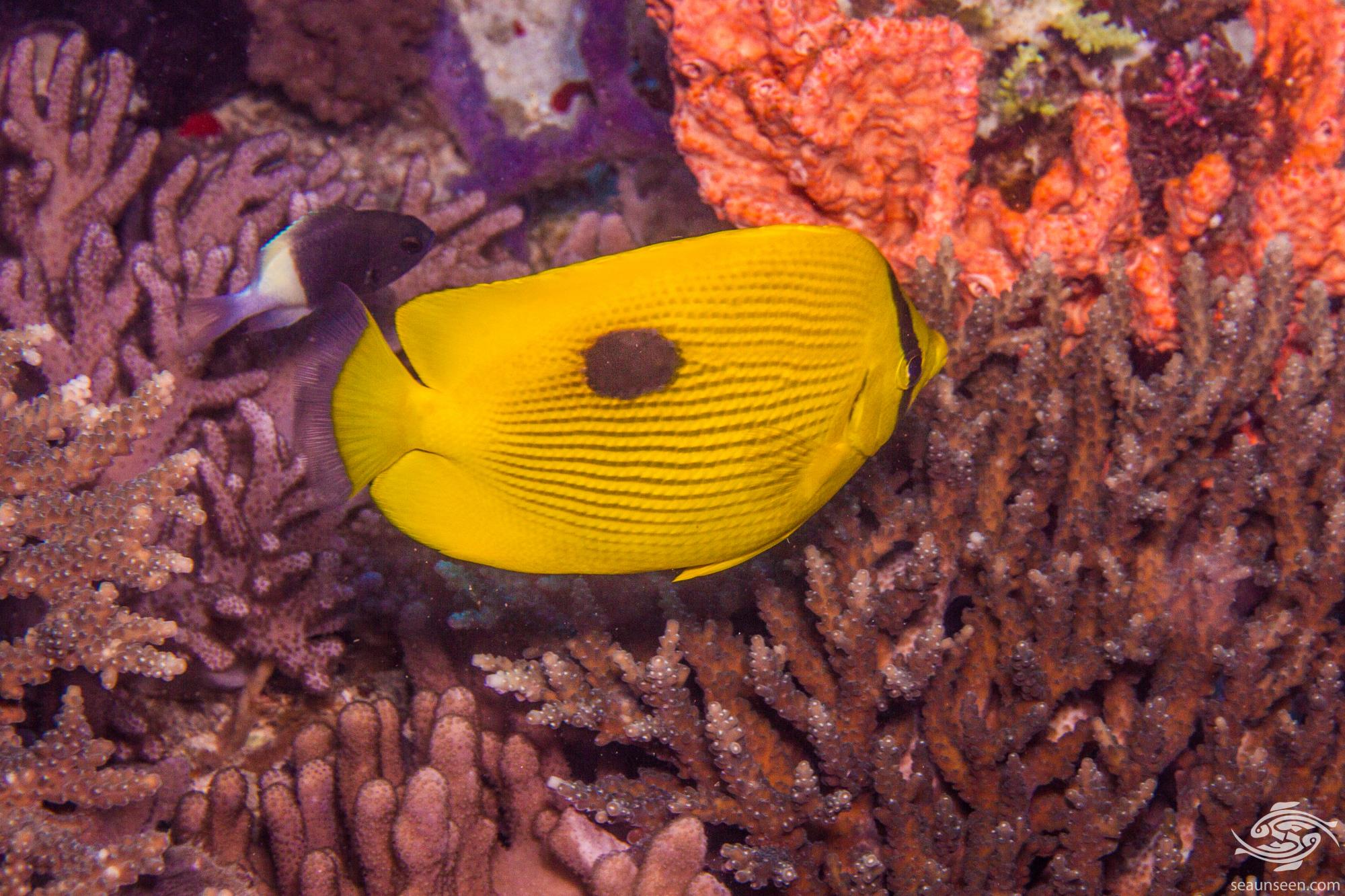 Zanzibar Butterflyfish are not commonly kept in aquariums because of the difficulty in getting them onto prepared foods. Some specimens may switch across and others may not and only highly experienced aquarists should attempt to keep them.