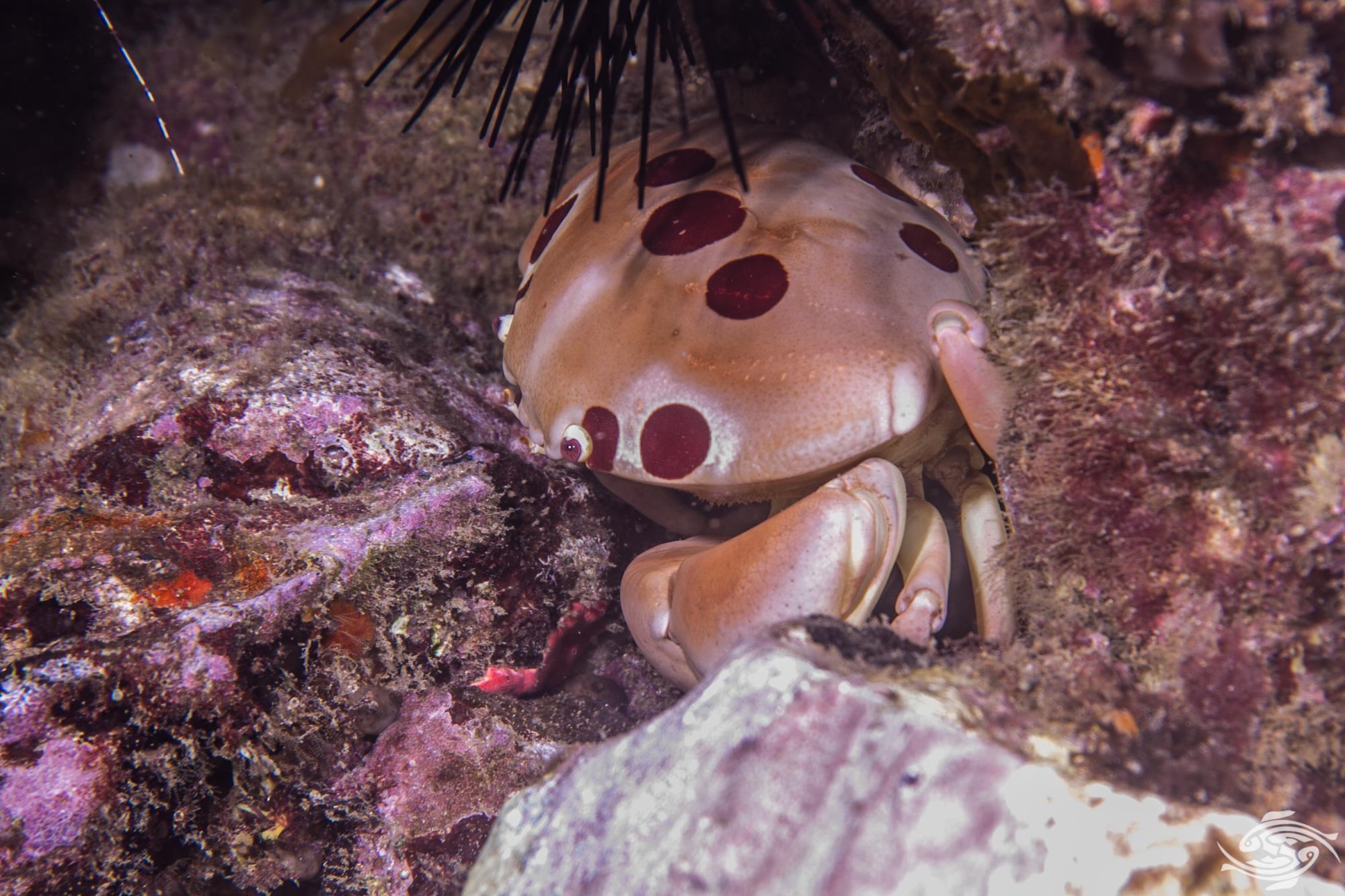 The Spotted Reef Crab (Carpilius maculatus) is also known as the Seven-eleven crab, the Dark-finger coral crab, and the Large spotted crab. They are not commonly seen in Tanzanian waters, probably due to their reclusive nocturnal nature and the fact that they are trapped by indigenous fishermen.

When seen they are often in a deep crevice which makes it extremely difficult to photograph them. They are usually very quick to hide.  They are decapod crustaceans in the Carpiliidae family and are true crabs, they were first described by Linnaeus in 1758. 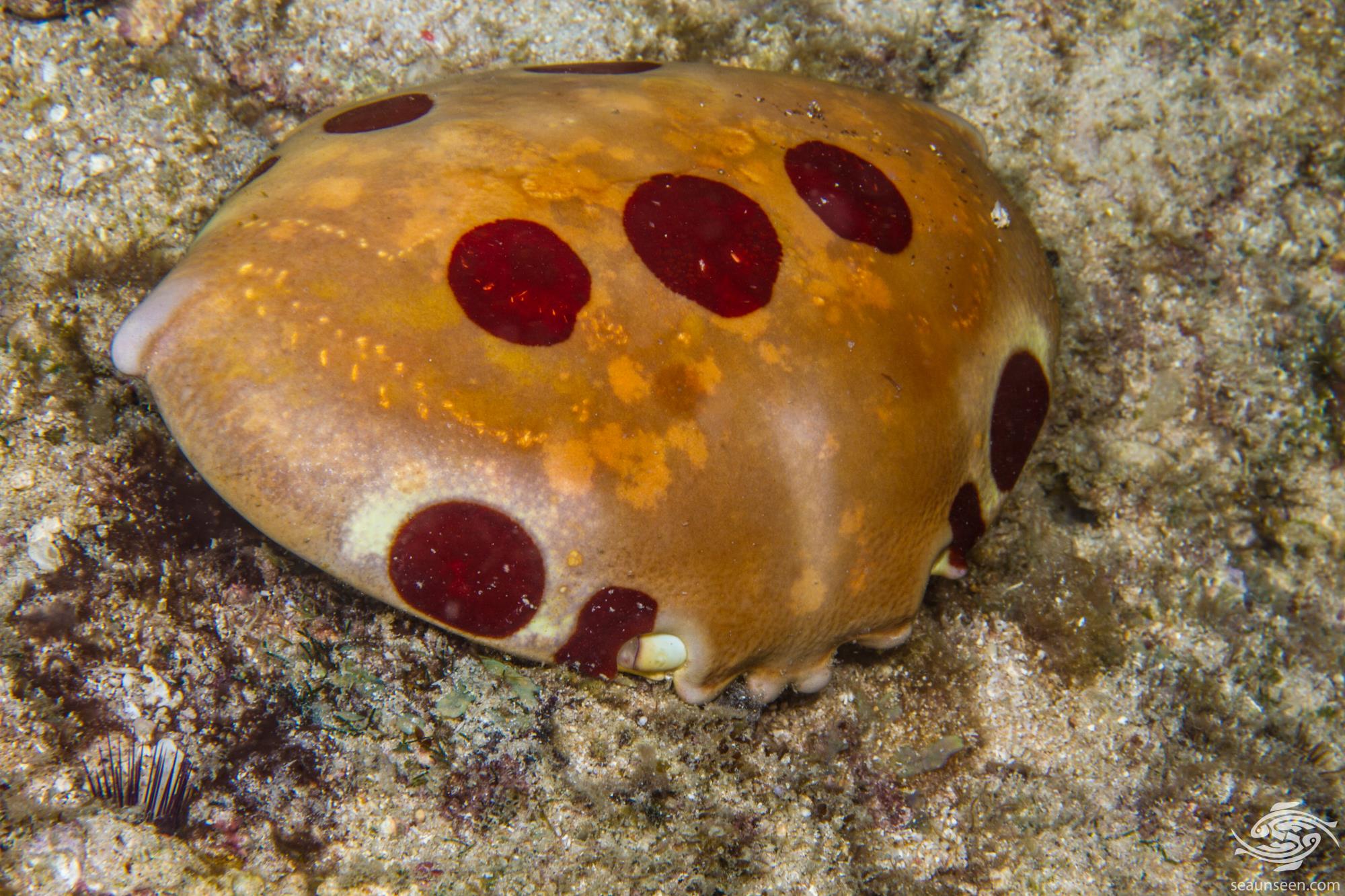 They have fairly robust claws  and usually the right claw is larger claw. They grow up to 15 cm in width and are fairly powerful.

SPOTTED REEF CRAB IN THE WILD

The Spotted Reef Crab is nocturnal and is usually well hidden during the day. They are seldom seen during daylight and even at night are quick to hide, making them quite difficult to photograph.  We have only found them on shallow offshore reefs to a depth of around 14 meters off Dar es Salaam in Tanzania. 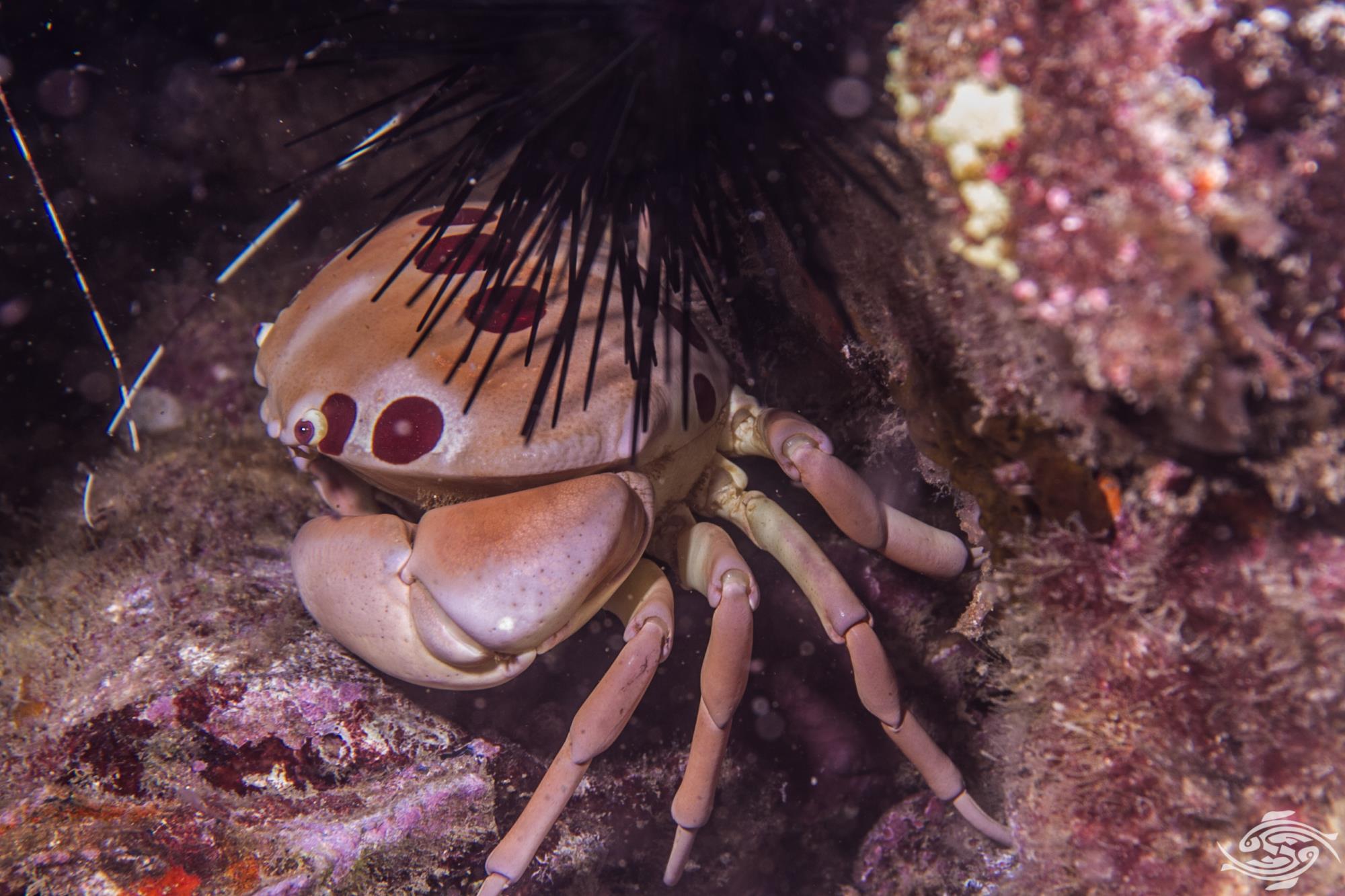 The Spotted Reef Crab are found across the Indo Pacific area from East and Southern Africa across to Japan , Australia and Hawaii. 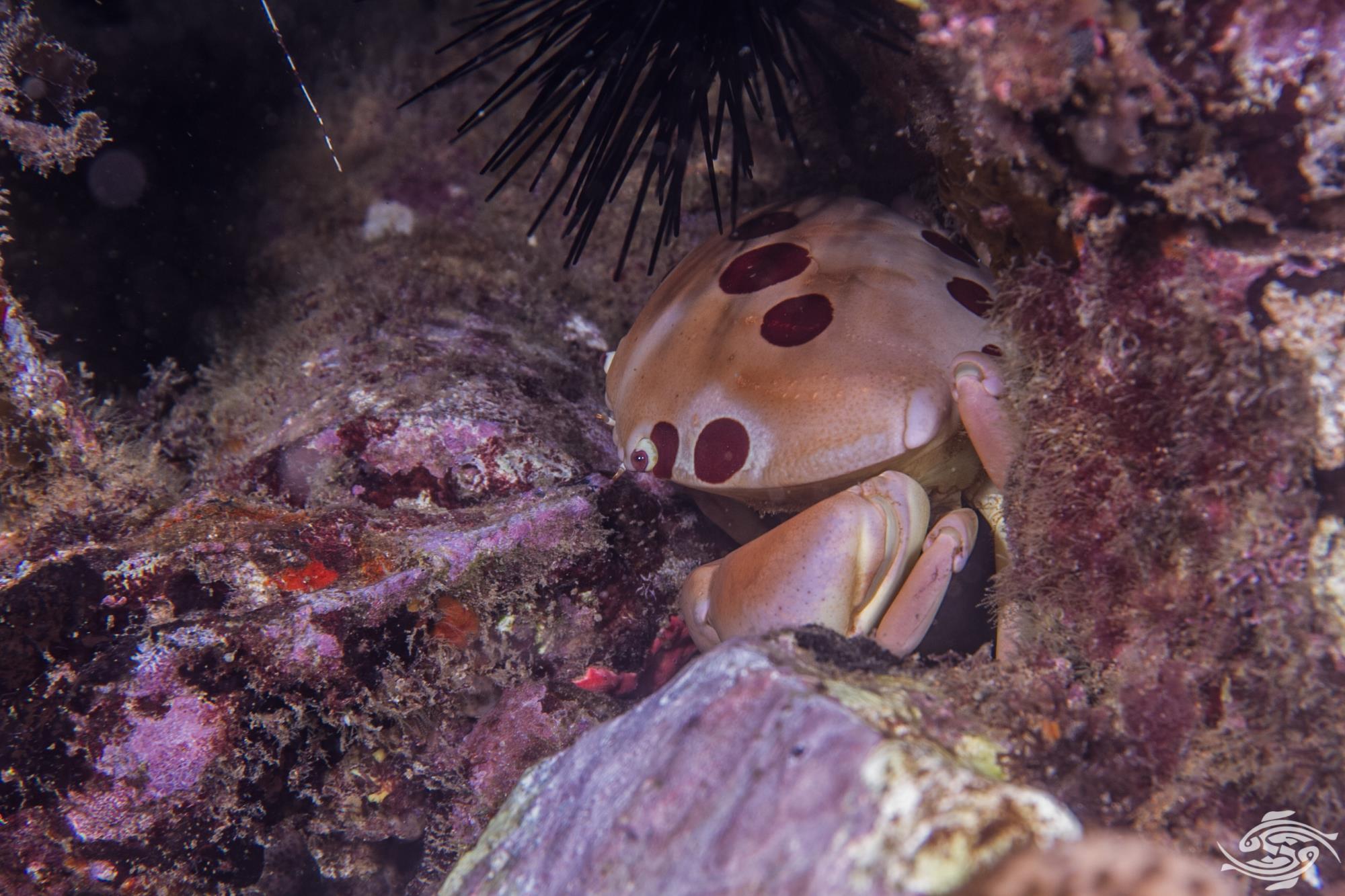 Spotted Reef Crab feed on mollusks which they crush with their powerful claws.  Additionally as with most crabs, they will scavenge if there is food available.

The eggs are fertilised by the male and are then carried under the body of the female. Once they hatch the larvae go through a planktonic stage before settling down and growing into their adult form. The Hairy Coral Crab is more often than not seen in pairs with one pair inhabiting a coral.

The Spotted Reef Crab are caught in traps by indigenous fishermen on the Tanzanian coast. There seem to be conflicting reports on whether they are poisonous at certain times.